No one said being a politician was easy. To get to the top, you have to make some pretty hard decisions—the sort of decisions most of us can’t even imagine. Sometimes, your bad choices can screw up hundreds of lives. You might even end up like Nobel Peace Prize winner Henry Kissinger, whose action and inaction made the ultra-violent 20th century even more destructive. 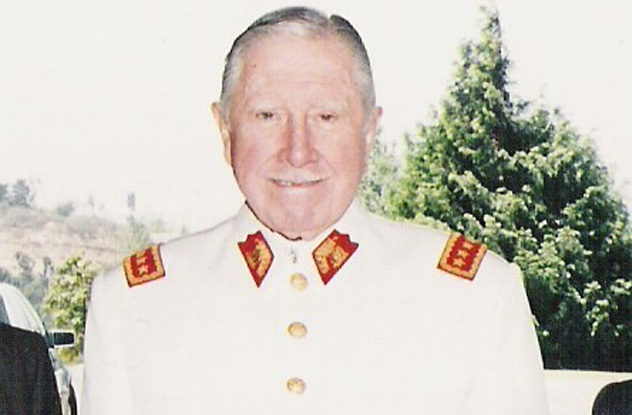 If you’re only vaguely aware of Chilean dictator Augusto Pinochet, you should know we once managed to fill an entire article with his crimes and still had enough left over for a sequel. His 17-year rule was only made possible thanks to Henry Kissinger.

In 1970, Chile became the first Latin American nation to elect a Marxist leader. Fearing the country would side with Cuba or Russia, Kissinger—by his own admission—plotted a coup to install Pinochet as leader. Three years later, a CIA-approved plot toppled the incumbent, ushering in an era of cruelty and bloodshed almost unparalleled on the continent. But the most depressing part was yet to come.

Kissinger and his staff reacted to the mayhem in Chile by quietly passing a list of left-wing US citizens over to Pinochet’s thugs. As a result, dozens of American journalists and academics living in the country were detained, tortured, and executed. Not content with condemning the people of Chile, Kissinger sent citizens of his own country to the gallows, too.

9 Torture In The Brazilian Dictatorship 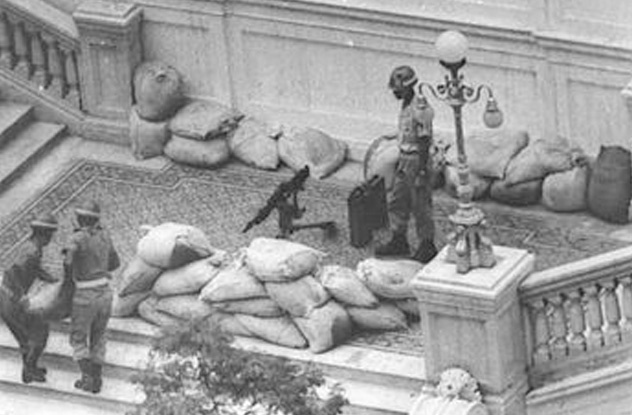 In 1964, a collection of Brazilian army officers took control of the country, ushering in 21 years of extreme torture. According to State Department memos from the time, political opponents were beaten, hung from bars, and electrocuted in the regime’s dungeons, all while undergoing psychological torture. By the 1970s, State Department officials desperately wanted to apply pressure to their Brazilian allies to stop this carnival of horrors. But their efforts were blocked by one man: Henry Kissinger.

As Secretary of State, Kissinger practiced a policy of accommodation, which meant he ordered his staff to turn a blind eye to torture and executions in allied countries. And Brazil was a country in thrall to the US. Millions of dollars poured in from Washington every year. Had this funding been jeopardized, there’s a good chance the torture would have lessened at the very least. But under Kissinger, the State Department resisted all efforts to stop pumping American money into the regime, resulting in two decades of extreme repression.

8 The Invasion Of Cyprus 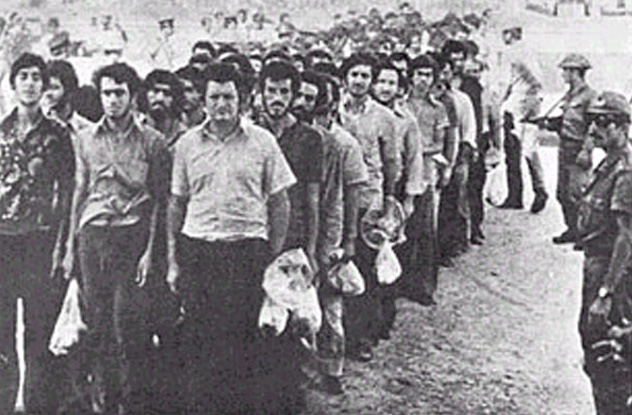 In 1974, both the Greek dictatorship and the Turkish military were desperate to invade Cyprus. Since both countries laid claim to the island, the situation was potentially explosive. As a country dependent on American aid, however, Greece couldn’t launch such an action without US approval—approval Kissinger tacitly provided.

Two months before everything went to hell, the State Department’s Cyprus desk sent an urgent memo to Kissinger, suggesting the Greeks were plotting a coup. The memo explicitly stated that silence from the US would be interpreted in Athens as approval for the plan, which could result in a Turkish invasion and bloodshed on an unimaginable scale. Kissinger received both this memo and a later telephone call about it, but he opted to do nothing.

In the coup’s immediate aftermath, Kissinger ensured the US recognized the new dictatorship as legitimate, making it the only country to do so. This effectively stopped intervention from the British, who had signed a treaty recognizing Cyprus’s sovereignty. With the Greeks now seemingly in charge of the island and no one standing against them, Turkey felt it had no choice but to invade.

The result: 10,000–12,000 dead and a campaign of ethnic cleansing, all of which could have been halted with a single word from Kissinger. 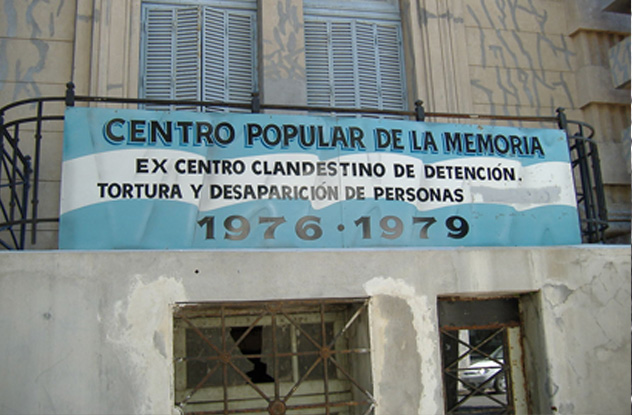 In 1976, the newly installed Argentinian dictatorship was facing a problem. On one hand, it wanted to exterminate the opposition as swiftly as possible. On the other, it didn’t want to alienate its most important ally, the US, with a killing spree. The problem looked unsolvable, until the Argentinian Foreign Minister scheduled a meeting with Kissinger. Over breakfast, he outlined his country’s plan for waging war on its citizens. Kissinger’s response: “If there are things that have to be done, you should do them quickly.”

The ensuing Dirty War killed 30,000 Argentinians and involved the torture of thousands more. According to the US ambassador to Argentina, Robert Hill, Kissinger’s “green light” to the regime directly made the war as ferocious as it was and sharply increased the death toll. 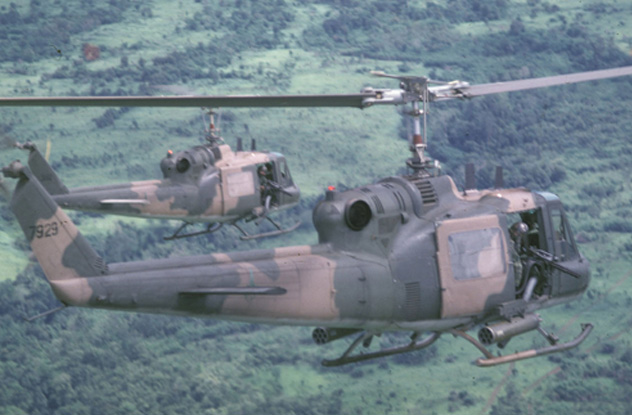 By 1969, the Vietnam War was going full tilt. The country was collapsing under the weight of napalm and Agent Orange, and North Vietnamese troops were hiding out on Cambodian soil. Eager to wipe out their cross-border advantage, Kissinger authorized secret bombing runs into Cambodia. They would avoid civilian casualties, target enemy troops with surgical precision, and be over as swiftly as possible. At least, that was the plan.

For four years, American planes dropped explosives onto Cambodia. At an absolute minimum, the campaign killed 150,000 civilians, with most estimates placing the figure at 500,000—roughly equivalent to the entire population of Las Vegas. Despite Kissinger’s stated desire for a minimum of civilian deaths, he personally authorized repeated bombing raids over densely populated areas.

Perhaps the US needed to pursue enemy combatants across the Cambodia border, but it seems questionable that this was the way to do it. Especially when you consider what happened in Cambodia next . . .

5 The Rise Of Pol Pot 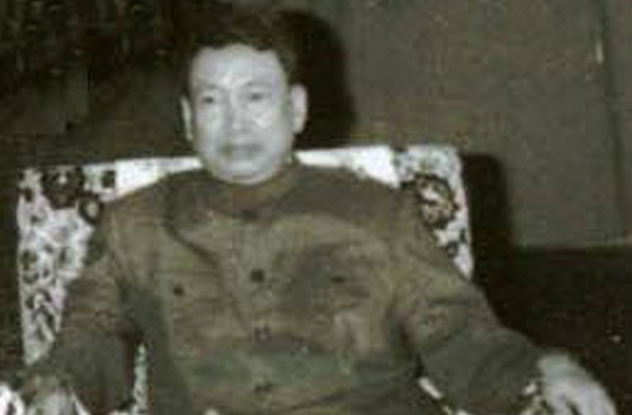 Leader of the Khmer Rouge and architect of Cambodia’s notorious killing fields, Pol Pot was responsible for the deaths of a third of his countrymen and the total destruction of the Cambodian economy. None of us would have ever heard of him if not for Henry Kissinger.

For Cambodians, the carpet bombing of their country was like the apocalypse. John Pilger claimed it was equivalent to dropping five Hiroshima bombs “onto a peasant society.” As the death toll and anti-American feeling rose, it handed the Khmer Rouge a propaganda gift beyond their wildest dreams.

According to the CIA director of operations at the time, the bombings were one of the most valuable recruitment tools for Pol Pot’s goons. Survivors of Year Zero have claimed that without the bombings, the Khmer Rouge would have simply faded away. Their insane brand of Marxism had no mass appeal prior to 1969. Only when they latched onto anti-American feelings did they finally come to power—resulting in one of the most brutal genocides in history.

4 Saddam’s Extermination Of The Kurds 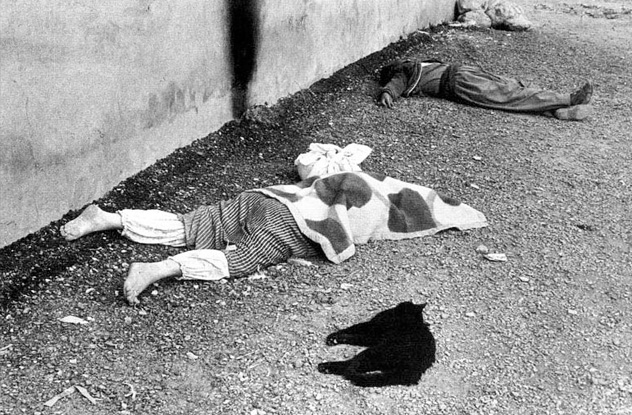 In 1972, the Shah of Iran was getting into one of his regular rows with Iraqi dictator Saddam Hussein. Desperate to butter up a valuable ally, Kissinger personally promised to whip up some trouble for Saddam at home. Sadly for Iraq’s Kurdish minority, that trouble involved Kissinger urging them into revolution.

Long desperate for their own country, the Kurdish leaders were stunned to receive diplomatic overtures from a respected politician like Kissinger. Here was an offer too good to be true: funding and backing from the USA to fight Saddam and establish a Kurdish republic. Leader Mustafa Barzani even claimed that Kurdistan would be willing to “become the 51st state” and sent Kissinger a gift of three rugs and some jewelry. In the subsequent revolution, Kissinger covertly backed the Kurds to the hilt . . . right up to the point that the Shah decided he and Saddam were friends.

Immediately, Kissinger abandoned his Kurdish allies to their gruesome fates, withdrawing all financial and moral support. With no superpower backing, the revolting Kurds were quickly massacred. Thousands died, all so Kissinger could keep on the right side of a man who would be deposed only a handful of years later. 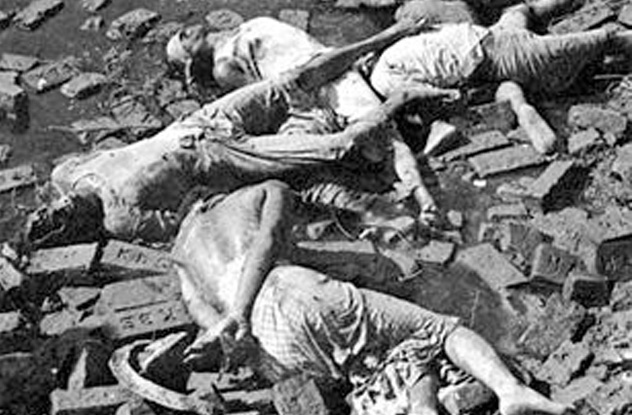 The genocide in Bangladesh is the bloodiest killing spree you’ve never heard of. In 1971, Bangladesh was an unwilling part of Pakistan, separated geographically from the seat of government by a hostile India. When the local Bangladeshi population voted in elections for a nationalist party, Pakistan’s generals feared losing control. Rather than give up their neglected Eastern cousins to self-determination, they decided to kill them. Kissinger was more than willing to let them do it.

At the time, Pakistan was very much indebted to the US. The country received huge amounts of military and financial aid, and the army was almost entirely equipped by US weaponry. A few firm words from Kissinger would have been enough to rein in the generals, but no such words were forthcoming. Just before everything kicked off, Kissinger made a conscious decision not to warn the generals against murdering civilians. When the slaughter was underway and 200,000 were already dead, he and Nixon were recorded joking about the fates of the Bangladeshis. When the US ambassador to the region warned that the fighting was becoming genocide, Kissinger stripped him of his post and branded him a “maniac.”

Eventually, the Indian military intervened and stopped the slaughter. By then, 500,000 to 3,000,000 were dead—more than died in Rwanda or Bosnia. 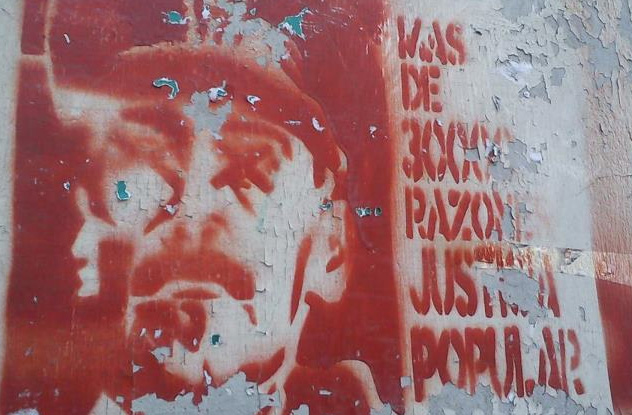 In 1975, the right-wing regimes of South America joined forces for a spot of murder. Pooling all their resources, the secret police of Chile, Uruguay, Brazil, Argentina, Bolivia, and Paraguay set out to murder every single dissident on the continent. Known as Operation Condor, their efforts were hugely successful: Over 80,000 Latin Americans were murdered by death squads. Kissinger blocked all US government efforts to stop it.

By the end of 1976, the political winds were blowing against letting allied countries off for torture. In August of that year, the State Department asked its ambassadors to formally protest against human rights abuses in Latin America. The ambassadors to Chile, Argentina, and Uruguay refused. On the 30th of that month, high-ranking officials asked Kissinger to order the ambassadors to fulfill their duties. Instead, he did the exact opposite.

On September 16, Kissinger canceled the State Department’s orders to reprimand the butchers of South America. Five days later, Chile’s thugs detonated a bomb in Washington, D.C., killing two people. Across all three countries, arbitrary torture and killing would continue for many more years. Had the State Department been allowed to intervene, hundreds of Latin Americans and two Washington residents might still be alive. 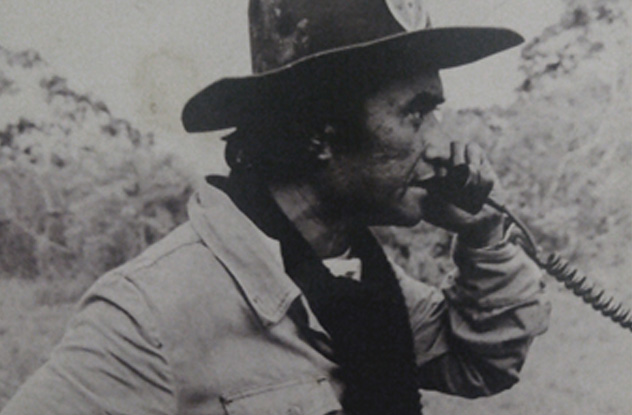 If any dictator could beat Pol Pot in the cruelty stakes, it would be Suharto. The former leader of Indonesia was responsible for two separate genocides and plundered billions from his home country, but it was his invasion of East Timor that really marks him out as a bad guy. The illegal invasion killed a third of the island’s population—and got the green light from none other than Henry Kissinger.

In 1975, Suharto had already proven his cruelty with the murder of between one and three million of his own citizens. Yet Kissinger considered his regime a vital bulwark against communism in the region. So when Suharto came to him seeking approval for an invasion of nearby East Timor, Kissinger quietly gave him the thumbs up. Acting against official State Department policy, he essentially invited Suharto to undertake another genocide, while simultaneously increasing US aid to the Indonesian military.

Sixteen hours after their meeting, Suharto parachuted his goons onto the island for his bloody massacre. When the Department of State issued a memo suggesting the invasion was illegal, Kissinger tried his best to have it quashed. Had he reacted differently, it’s highly likely that we’d now know Suharto for one terrible slaughter but not two.