Immigration, legal and illegal, is a hot-button issue in America today, with strong feelings on both sides. Everyone can point to different deaths, either committed by or inflicted upon immigrants, and they use those to further their agendas. Here are 10 immigration-related atrocities in the U.S. 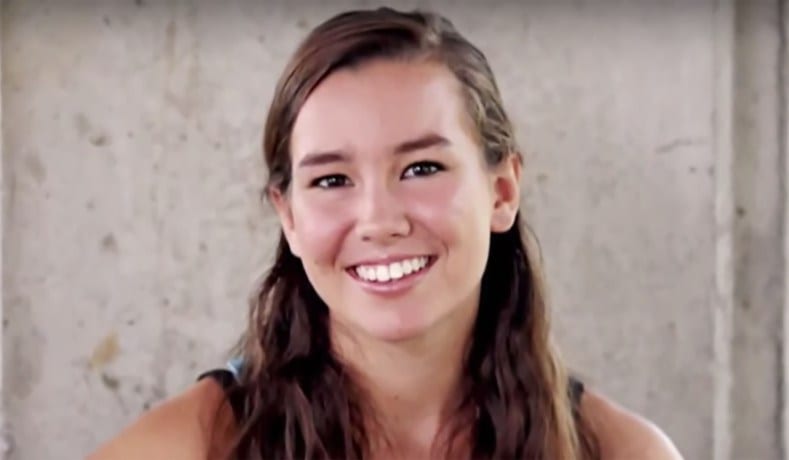 On July 18, 2018, a young college student named Mollie Tibbetts decided to go for an early evening jog. Leaving from her boyfriend’s mother’s home in Brooklyn, Iowa, she started off, never to be seen again. When she didn’t show up to work the following morning, her family called the police and a four-week-long search began, which ended when police apprehended a suspect: an illegal immigrant named Cristhian Bahena Rivera.

He confessed to the murder, eventually leading police to a cornfield just outside of town, where he allegedly dumped her body. According to the police, Rivera had happened to come across Tibbetts jogging and chased after her. When she threatened to call the police, he said he blacked out, only regaining consciousness when he was removing her bloody corpse from the back of his trunk. As of 2019, his trial is still ongoing and he has pleaded not-guilty.[1] 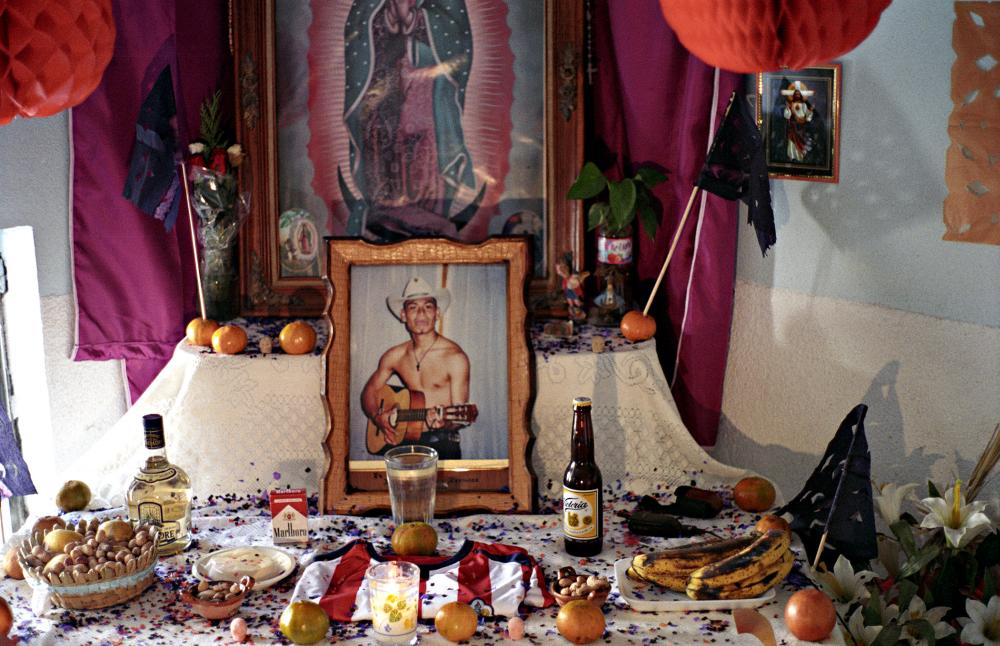 Immortalized in the 2005 documentary El Inmigrante, Eusebio de Haro was a Mexican citizen who had just illegally crossed the U.S.-Mexico border near Bracketville, Texas. Making the journey with a friend, Javier Sanchez, they came across an elderly couple. Dehydrated by the intense heat and running out of water, the pair asked for something to drink. However, the woman refused, instead yelling for her husband to call Border Patrol.

De Haro and Sanchez fled, fearing their immediate deportation; Samuel Blackwood Jr. and his wife got in their trunk and chased after the men. Attempting to stop them from escaping, Blackwood brandished a weapon, which caused de Haro and Sanchez to flee once again. The elderly man shot de Haro in the leg. As the illegal immigrant lay dying, Blackwood took out a pipe and smoked. Eventually, de Haro bled out and Blackwood was eventually found guilty of deadly conduct.[2] 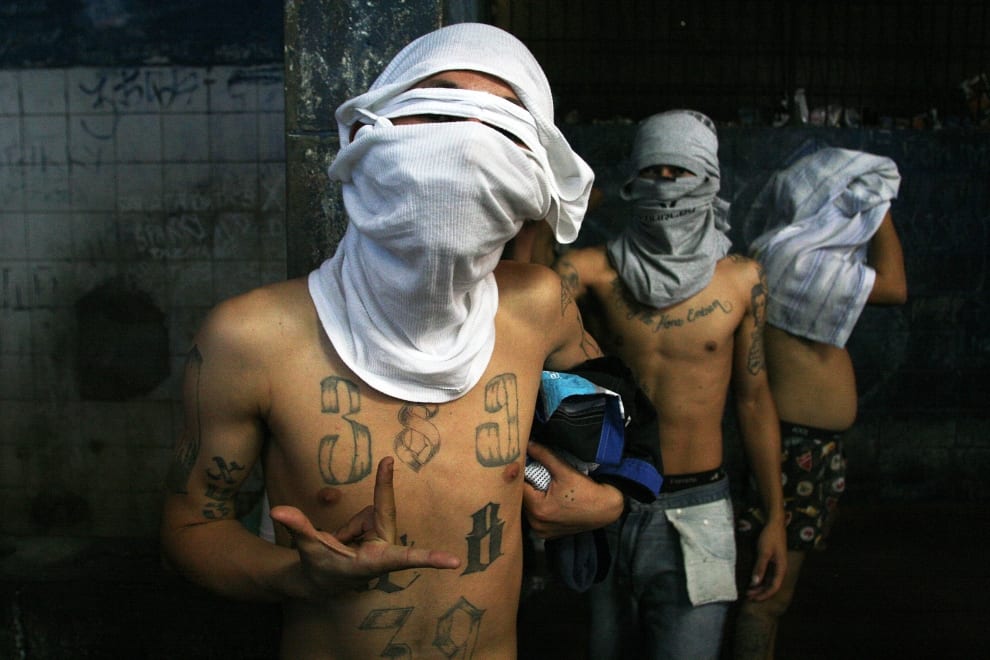 Juan Guzman was a 16-year-old high school student who had had a troubled youth but, according to his father, he was finally beginning to turn his life around. Perhaps in a connection with his past, two men contacted him, wishing to settle an argument with a fistfight. Orlando Iraheta-Vega, 20, and Rudy Garcia-Hernandez, 28, told Guzman to meet them along a road near the Green River in western Washington.

Once the three arrived, the fighting began. No one knows who won the fight but afterwards, Iraheta-Vega pulled out a baseball bat he had previously hidden and began beating Guzman. Garcia-Hernandez then cut his throat with a knife and the pair dumped his body into the water. Charged with first-degree murder, Iraheta-Vega was later revealed to be from El Salvador and in the U.S. illegally. The two killers are also believed to be members of the infamous MS-13 gang.[3] 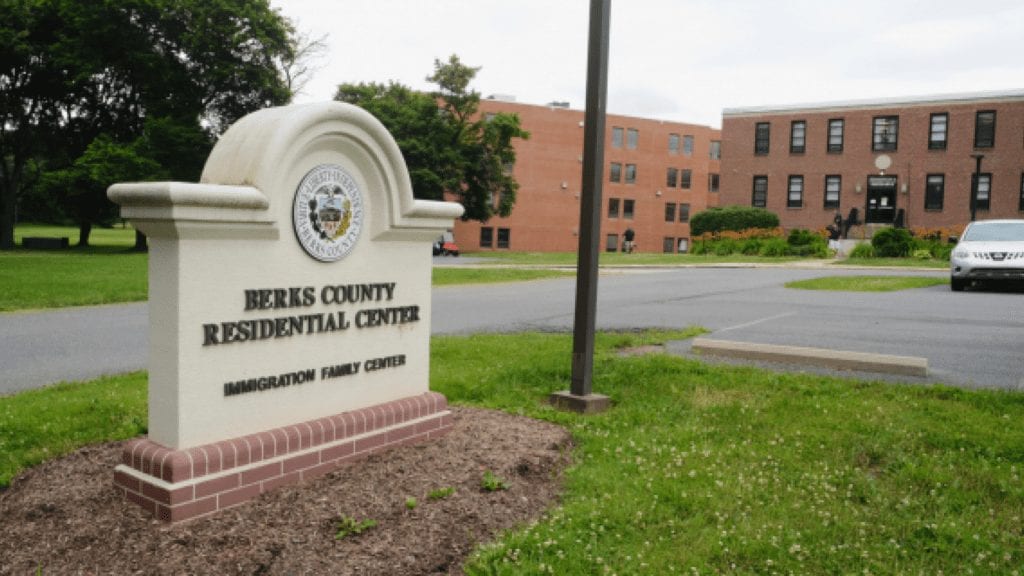 The first detention center worker ever to be convicted of institutional sexual assault, Daniel Sharkey was a long-term employee of the Berks Country Residential Center, a Pennsylvania-based site for families awaiting immigration-related court cases. “E.D.”, a 19-year-old Honduran asylum seeker, eventually ended up there with her 3-year-old son and Sharkey took a shine to her almost immediately. Already married, Sharkey pressured her into a relationship, threatening her whenever she refused his advances.

Other residents of the center were soon looped in, with another 22-year-old mother claiming she was forced to participate, acting as a “lookout” while Sharkey raped his victim. The assaults continued for months, including some occurrences in front of children, before overwhelming witness testimony, from seven different people, eventually forced the government to charge him. Sharkey himself maintains his innocence, claiming it was a consensual relationship the whole time.[4] 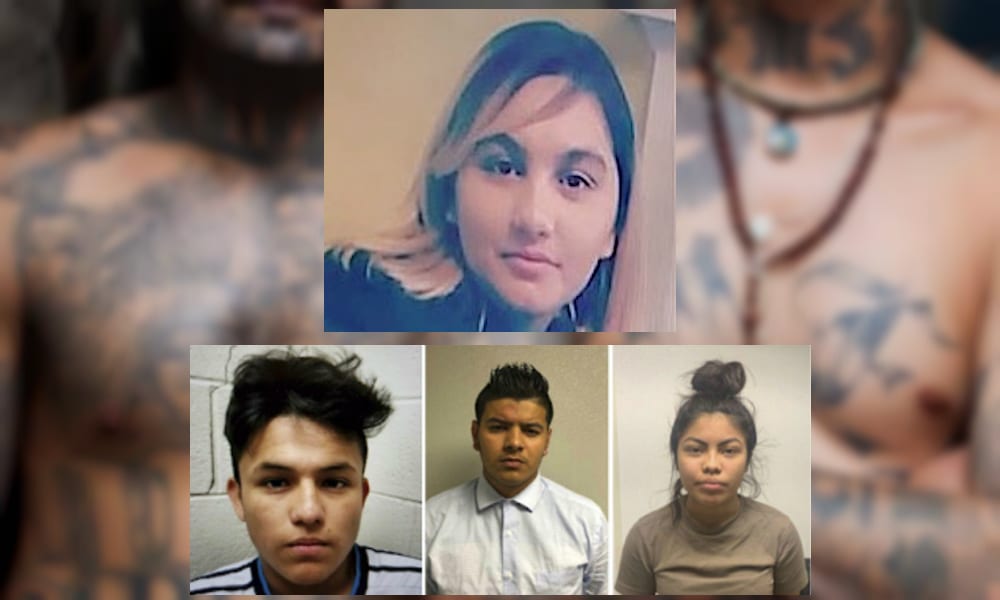 Ariana Funes-Diaz was a 14-year-old girl, a young teen who had a troubled life, one which had resulted in her living in a group home in Maryland. That hard upbringing convinced her to look for protection elsewhere and she turned to a local chapter of the infamous MS-13 gang. In April of 2019, she participated, along with a number of other members, in a kidnapping and robbery. Perhaps she showed signs of guilt or remorse, as the others believed she was going to go to the police.

So, on April 18th, four people – Cynthia Hernandez-Nucamendi, 14; Josue Fuentes-Ponce, 16; Joel Ernesto Escobar, 17; Edwin Rios, 18 – grabbed Funes-Diaz and brought her to a wooded area behind an apartment complex. Two of the men beat and stabbed her to death, while one taped the murder on his phone, and the girl acted as lookout. Fuentes-Ponce was ordered to be removed from the country in 2017 but he had been released from jail without being deported due to “sanctuary” policies before the murder.[5]

5Deaths of Óscar and Valeria Ramírez 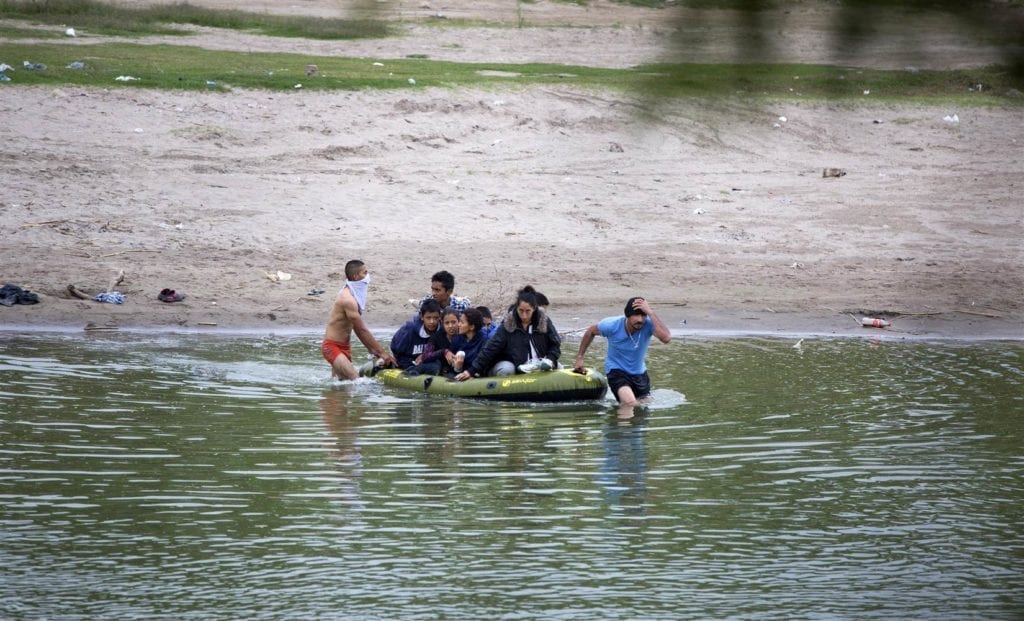 Unhappy at how long the wait for asylum applications are, Óscar Ramírez decided to try and swim across the Rio Grande in order to reach U.S. soil. Refusing to leave her behind, he also brought his 23-month-old daughter, as the whole point of his trip was to provide a better life for his family. But crossing the river is a treacherous endeavor, even for healthy adults, let alone a child.

In one of the most haunting pictures captured in recent memory, the outcome of the attempt was nothing short of tragedy. Óscar first brought his daughter across, setting her down, while he returned for his wife. Unfortunately, seeing her father leave was too much to handle and Valeria jumped in the water after him. He rushed back for her, successfully grabbing her, but the current was too strong. Both Óscar and Valeria drowned trying to get across the Rio Grande, victims of a clogged immigration system which shows no signs of speeding up.[6] 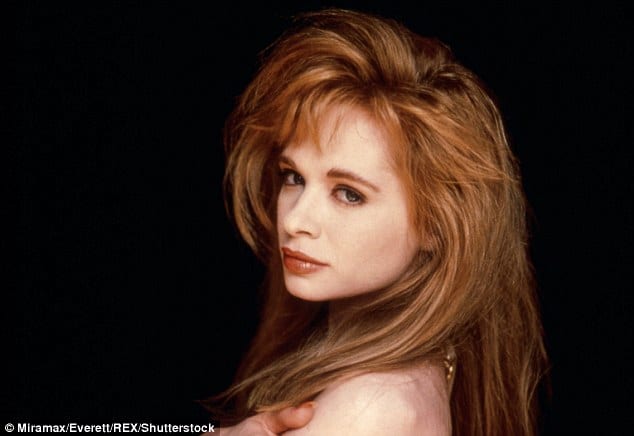 Adrienne Shelly was a modestly successful actress, starring in a handful of independent films, but her star was on the rise in 2006. Waitress, a movie she wrote and directed, was due to be released the next year and it would prove to be critically loved, if not hugely successful financially. However, she wouldn’t live to see that success: on November 1, 2006, she was found dead in her bathroom, hanging with a bedsheet around her neck.

Initially believed to be a possible suicide, police quickly turned their gaze to murder, eventually settling on an Ecuadorian illegal-alien named Diego Pillco. He had only recently arrived in New York that year and was working in an apartment directly below one Shelly was working in. Angered by the loud construction noise, she complained to Pillco, who threw a hammer in her direction. Fearful of getting deported, he followed her, struck her, and then dragged her to her bathroom, attempting to stage a suicide. Eventually, he pleaded guilty to first-degree manslaughter and was sentenced to 25 years in prison.[7] 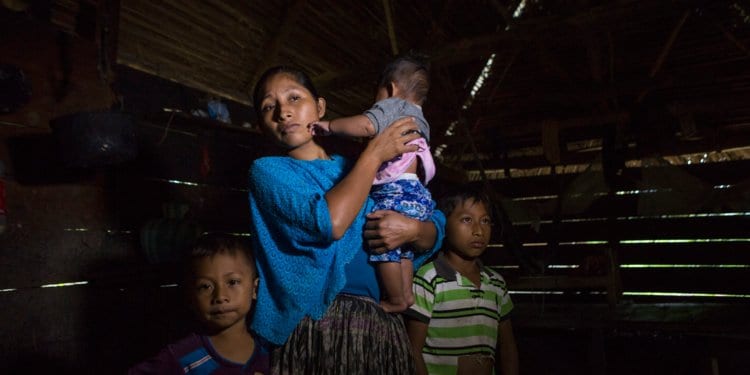 In December of 2018, two separate incidents involving Guatemalan children and their deaths while in US custody sparked international outrage. Firstly, there is the story of Jakelin Caal Maquin, a 7-year-old girl, who died from sepsis a mere two days after she and her father were apprehended by US officials. Conflicting reports of her last hours come from both parties: US officials maintain she was in good health and her father claims she was ill, further claiming he had brought up her illness to CBP officers before they began a 90-minute bus ride that culminated in her death.

Lastly, there is the story of Felipe Alonzo-Gomez, an 8-year-old boy, who died of influenza after being misdiagnosed. On December 18th, Alonzo-Gomez and his father were detained by CBP officials and transported to a number of different detention sites over the next week. On Christmas Eve, he began showing symptoms of an illness and the doctors he saw were unable to correctly identify it as the flu. He was then shuttled around for a few more hours before he lost consciousness and died.[8] 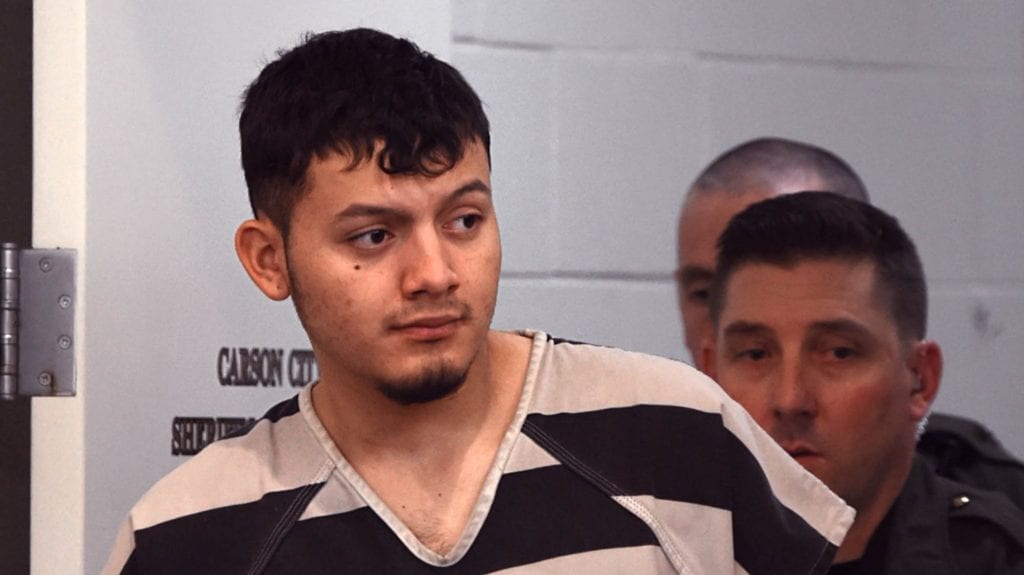 The communities of Reno, Nevada and nearby Douglas County were rocked in early 2019 when four elderly people were found dead in their homes. Burglary was seen as the primary motive, given the loss of a number of expensive items missing from each of the victims. Given there were no signs of forced entry, police quickly surmised they must have known the killer and one person was linked to all the victims: Wilber Martinez-Guzman.

Martinez-Guzman, a 19-year-old man from El Salvador, had been living illegally in the U.S. for about a year before committing the killings, making ends meet by performing a number of odd jobs. Previously unknown to police, he was quickly apprehended a mere two weeks later. Though court proceedings are set to begin in 2020, some hearings have already taken place and a detective revealed at one of them that Martinez-Guzman had confessed he had committed the murders because he needed money to buy meth.[9] 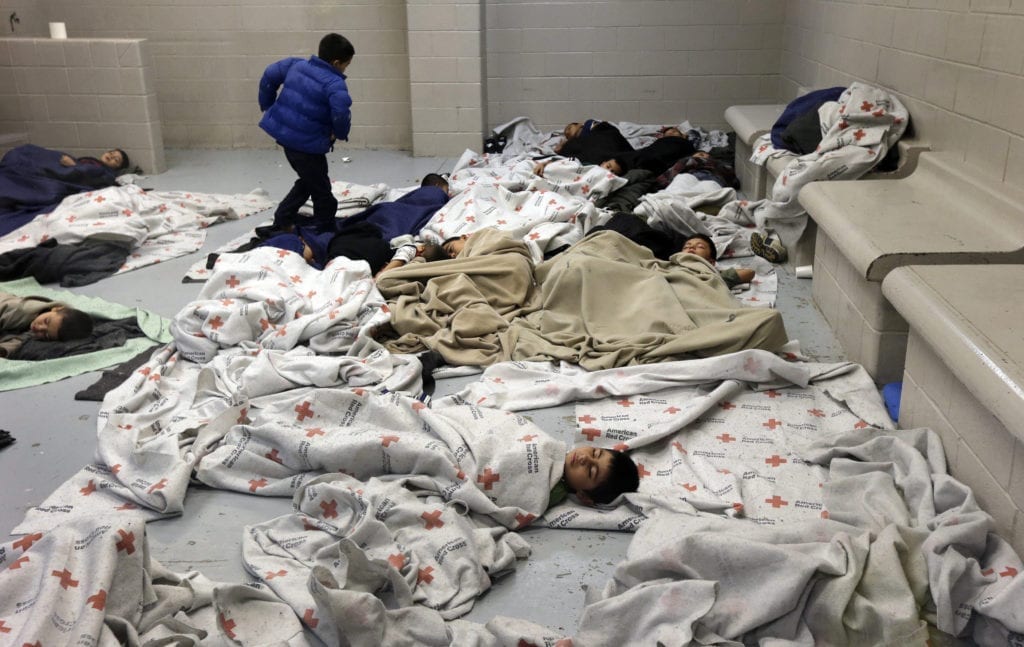 Less of a specific incident and more of the eventual outcome of a number of factors, as of June 2019, there have been 24 examples of deaths while in ICE custody. Those who advocate for unrestricted immigration have complained of awful conditions within a system that is unable to handle the influx the incredible numbers of people flooding into it. Those who advocate for a strict policing of immigration law point the finger back at the people refusing to wait their turn like everyone else.

Either way, ICE has been detaining nearly twice as many people as they had been during the Obama administration. Because of that influx, substandard conditions run rampant through more than 200 detention centers in the country. Whether or not that has always been the case is up for debate; illegal immigrants have always died in US custody, 32 in 2004 and 12 in 2016.[10]

For more lists like this, check out Top 10 Religious Institutions That Harbored Fugitives And Criminals, and 10 Fugitives Captured Under Remarkable Circumstances.