10 Outlandish Conspiracy Theories About The USA

Although conspiracy theories can pop up anywhere in the world, they’ve become an integral part of American culture and history. Even the founding of the country was steeped in conspiracy theory, specifically that King George III planned to deprive the colonies of their rights. There’s nothing more American than not trusting your government, especially considering the number of conspiracy theories that turn out to be true.

10The US Government Turned Its Citizens Into Collateral 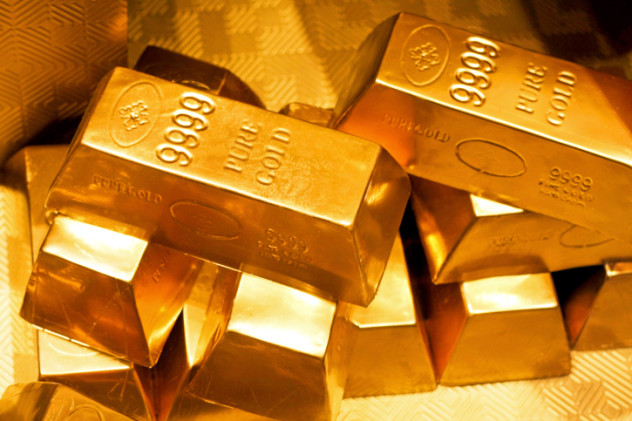 According to this conspiracy theory pushed by members of the so-called “redemption movement,” the US government turned its own citizens into collateral in 1933 when it stopped using the gold standard so it could keep borrowing money. Supposedly, this made all American citizens unwitting slaves of international Jewish bankers.

As movement leader Roger Elvick explained, every time a new citizen is born, the government awards his “straw man,” or twin, with a secret bank account worth $630,000. He also claims that citizens have the right to access their twins’ bank accounts, which can be done by performing certain legal maneuvers.

Of course, members who attempted to access their secret bank accounts often found themselves in trouble with the law. Elvick himself did prison time during most of the 1990s for issuing more than $1 million in bad checks and filing falsified IRS forms. He found himself in trouble again in 2005 when he was charged with forgery and extortion. 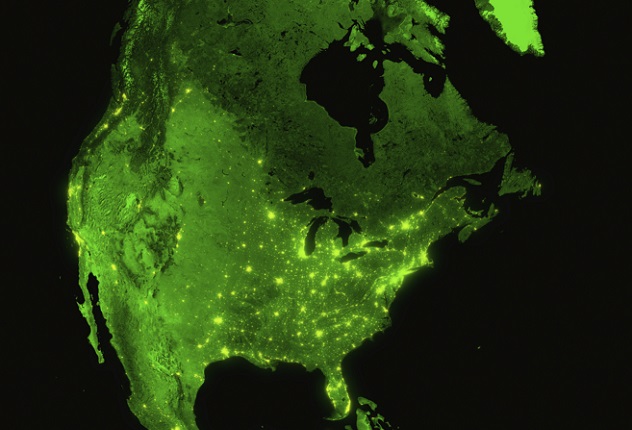 In another nutty conspiracy theory involving the New World Order, there are those who believe that insidious forces are working behind the scenes to turn the US, Canada, and Mexico into one superstate called the North American Union (NAU). The system will be modeled after the European Union and eventually lead to a one-world government.

Adherents believe that this conspiracy includes building a superhighway that would stretch from Yukon to the Yucatan, the promotion of a consolidated currency called the “amero,” and the installation of Spanish as the primary language. They also claim that the existence of legitimate groups like the North American Free Trade Agreement and Council on Foreign Relations is proof that the creation of the NAU is already in full swing. As to who the culprits could be, it is said that industrialists are behind this scheme, since they stand to benefit the most from a free market. 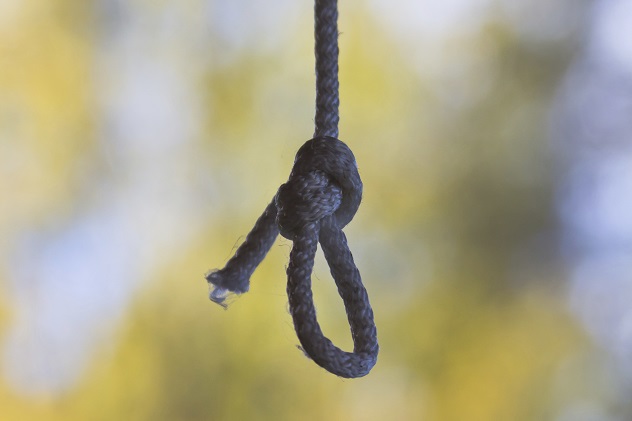 Given the oppression and discrimination that the black population of the US has faced for hundreds of years, it was not hard to see this coming. This conspiracy theory refers to an alleged institutionalized policy by the US government to decrease or wipe out the African-American population using a variety of medical and other methods. Aside from implementing harsh socioeconomic conditions, this also includes promoting birth control, performing abortions and sterilizations, and abetting lynchings and murders against the black community.

The term first came into existence in the 1950s, when the Civil Rights Congress presented its petition to the United Nations for relief from what it called the government-sponsored genocide of black people. It later entered the popular lexicon after the introduction of the birth control pill and subsequent legalization of abortion. It has since become a favorite rallying cry for activists and conspiracy theorists alike any time widespread persecution of the black community is perceived.

7The US Government Is Operating On Maritime/Military Law 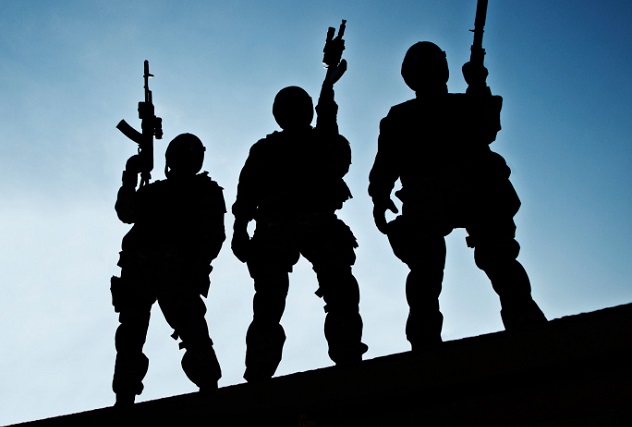 Proponents of this theory, including the notoriously litigious “sovereign citizens movement,” contend that a massive conspiracy changed the original government, which operated on common and constitutional law, into one that observes maritime/military law. Unlike the first government, which allowed its citizens complete freedom, the second stripped them of all rights and only conferred upon them privileges designed to make them dependent on the government.

They also believe that the judicial system has been fully aware of the insidious changes all this time but prefer to keep silent to continue enslaving the people. The proof of its complicity is supposedly validated by the presence of gold-fringed US flags that fly over courthouses and other federal buildings. According to theorists, this is a military flag, an assertion that the Flag Research Center has refuted. This outlandish belief has led to numerous run-ins with the law for believers, with occasionally deadly results.

6The Constitution Has Been Suspended Since 1933 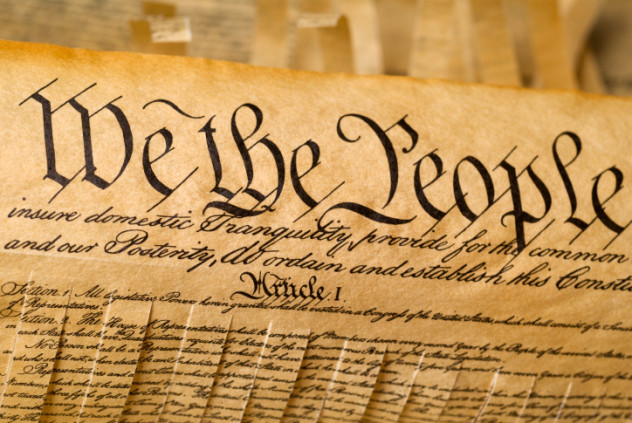 According to prominent patriot movement member Eugene Schroder in his book The Constitution: Fact or Fiction, President Franklin Roosevelt allegedly suspended the Constitution when he signed the Emergency Banking Relief Act in 1933, which amended the Trading with the Enemy Act of 1917. This supposedly allowed him considerable power to oversee trading and the flow of gold even when the country was not at war.

Schroder contends that Roosevelt, who later outlawed gold-hoarding, essentially declared war against his own people and used the new law to benefit a secret cabal inside the White House. His successors went on to discreetly increase the executive powers of the federal government even more, using World War II and the Cold War as excuses. As a result, the government apparently now has unlimited control over the economy. Schroder also claims that since Roosevelt supposedly never relinquished his powers, the people have been unwittingly living under martial law for decades.

5Corporations Were Behind The Cannabis Ban 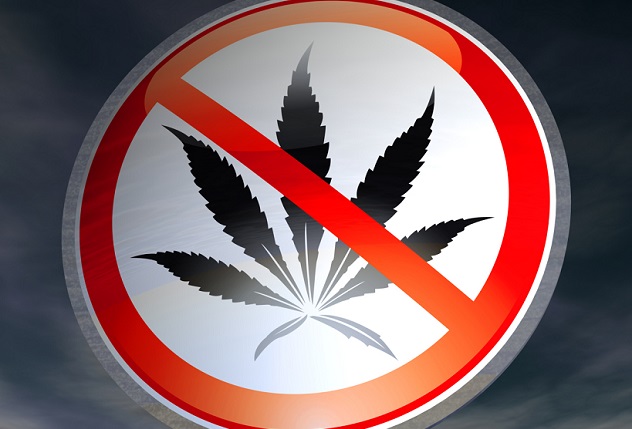 According to late cannabis activist Jack Herer, certain powerful individuals with vested interests in the economy worked behind the scenes to push the ban of marijuana in the 1930s. He claimed that the ringleaders of the scheme included tycoons like William Randolph Hearst, Lammont DuPont, Andrew Mellon, and Federal Bureau of Narcotics Commissioner Harry Anslinger.

Allegedly, Hearst and DuPont feared that the introduction of hemp as a cheap source of material for paper and other products would undermine their businesses, so they conspired to keep it out of the country by privately lobbying government officials and politicians. Meanwhile, they initiated an ongoing public smear campaign against the plant. Mellon, whose bank conducted business with DuPont and who happened to be the Secretary of the Treasury, collaborated with the two magnates by appointing his future son-in-law, Harry Anslinger, as the commissioner of the FBN. As Herer concluded, this conspiracy successfully culminated with the passage of the “Marihuana Tax Act” in 1937.

4The Two United States Of America

UNITED STATES is a Corporation – There are Two Constitutions – Sovereignty

A belief held by right-wing conspiracy theorists posits that Congress split the United States in two when it passed the District of Columbia Organic Act in 1871. By turning the “Constitution for the United States of America” into an all-caps “CONSTITUTION OF THE UNITED STATES FOR AMERICA,” Congress supposedly created a corporate state which was wholly separate and alien from the rest of the states. In effect, this made the federal government an illegitimate and illegal ruler over the other states.

According to supporters of this theory, the plot stemmed from a secret agreement between Congress and foreign international bankers after the Civil War. Desperate for funds to start the post-war reconstruction, Congress cut a deal with the bankers to draft a new constitution that would give them firm control over the economic enterprises of the country.

3Mexicans Are Preparing To Invade The US

A conspiracy theory popular with both the anti-immigration and Chicano activism crowds is the supposed “Reconquista,” the alleged plan by Mexicans to retake the Southwestern states that they lost to the US more than 100 years ago in order to reestablish Aztlan, the mythical homeland of the Aztecs. This new country would extend as far as Wyoming and even parts of Kansas and Oklahoma.

The idea of a Mexican invasion stemmed from the existence of the Plan Espiritual de Aztlan, a manifesto written by Chicano activists in 1969. Although the document never explicitly called for an armed uprising, instead urging Mexican Americans to take pride in their roots and study their heritage more closely, that hasn’t stopped either side from insisting that it’s actually a call to arms. Anti-immigration advocates point to the ever-increasing Mexican population in the US as proof that the invasion is already underway. 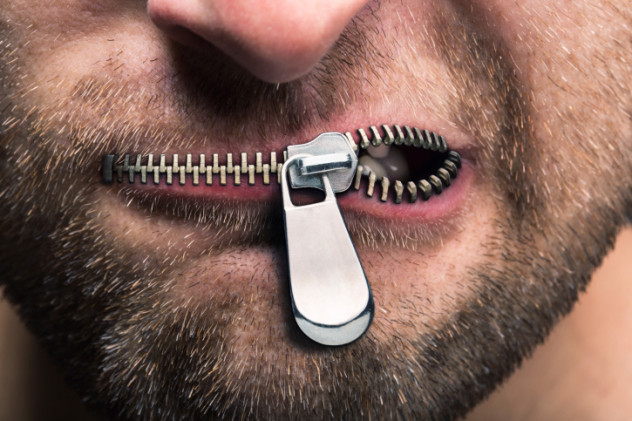 Among countless crazy conspiracy theories involving the Jewish people, this one holds that European Jews from the Frankfurt school of critical theory who came to the US in the 1930s were responsible for the introduction of political correctness into the country. According to the theory, these plotters planned to subvert the traditional Western values of nationalism and morality to make the American people more receptive to leftist ideas.

Their methods allegedly included patronizing pessimistic modernism in the arts and influencing the anti-authoritarian counterculture of the 1960s. The intended end result of this scheme was the creation of a decadent culture that would eventually lead to the collapse of civilization. This theory, which can be traced back to Michael Minnicino in the 1990s, is spouted as gospel truth by prominent ring-wing personalities like Pat Buchanan and David Duke as well as Norwegian rampage killer Anders Breivik.

1Agenda 21 Is A Plot To Establish The New World Order 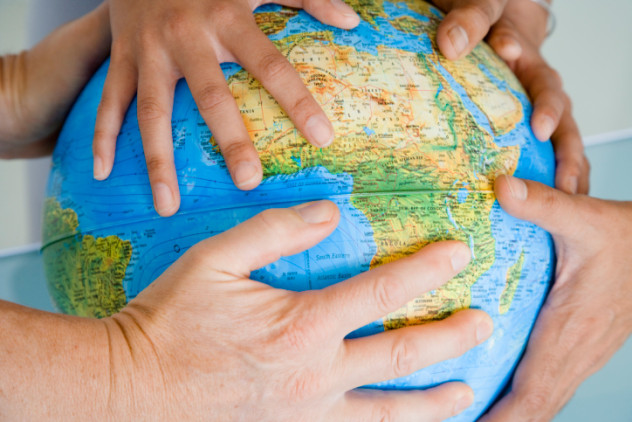 Although Agenda 21 may have been created by the UN and world governments to promote sustainable economic and environmental development, conspiracy theorists such as Tom DeWeese and Glenn Beck see a hidden agenda, namely the covert setup of a New World Order. According to them, the US (which signed the pact in 1992, courtesy of President George H.W. Bush) stands to lose its sovereignty to the UN, as the latter can now effectively control the former’s territory and resources, reducing the people to squatters in their own country.

While it may seem outlandish, considering that Agenda 21 is totally voluntary and has no force of law, the conspiracy theory has resulted in serious real-life consequences that border on ridiculous. For one, Alabama passed a law banning it in their state in 2012, while several politicians have issued condemnations against it. Even neo-Nazis have jumped on the bandwagon, saying that Agenda 21 is really a Jewish plot to enforce global domination.