Computers are no longer just something we use every day but an integral part of our daily lives. Unfortunately, their omnipresence in our society doesn’t mean everyone has a full understanding of them. Many people have misconceptions about their computers and how to protect themselves from those who would target their systems maliciously. 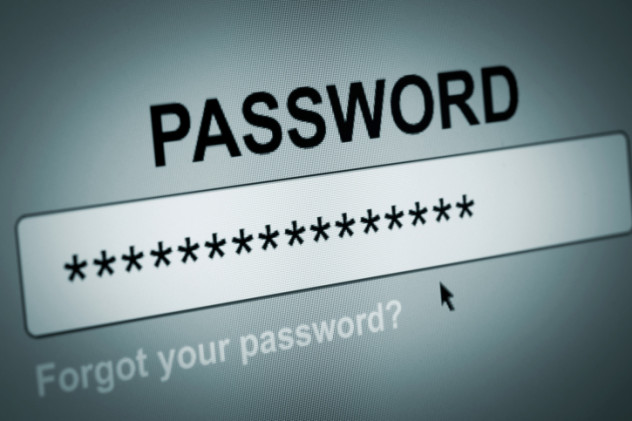 One of the most enduring nuggets of computer-related wisdom is to make your password as long, complex, and cryptic as humanly possible. As a result, incredibly easy-to-guess passwords like “password” are becoming a thing of the past. However, that doesn’t mean that people have learned their lesson. Some people make passwords so long that they have trouble remembering them, so they write them down somewhere. This makes it very easy for someone else to find their way in. Many people also choose passwords related to something they like, which makes it easy for someone who knows them to guess.

While your password shouldn’t be easily guessed, it doesn’t really need to be that complex. What’s more important is not reusing it across different sites. With so many different sites to log into and passwords to remember, many people have chosen to use the same password everywhere. The problem is that if a hacker manages to break into a site and snatch their database, they can now use your password across multiple sites. The best thing you can do to keep your passwords in your head, something mildly complex but easy to remember, and vary them over multiple sites.

9The Blue Screen Of Death 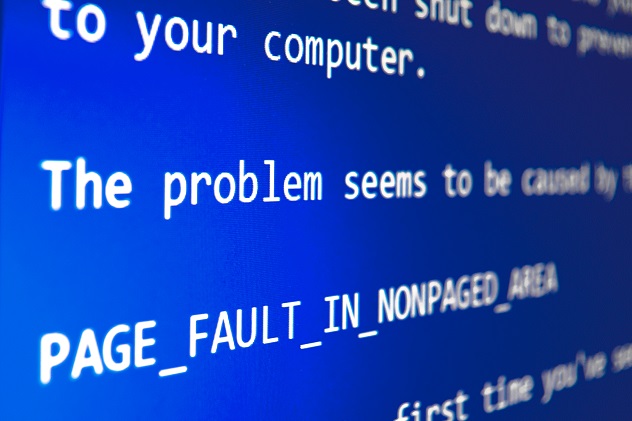 Many people assume when they have a blue screen of death that either their computer is about to die forever or that they have a virus. But while blue screens used to be a sign of much more serious trouble, they are rarely fatal errors anymore and rarely have anything to do with a virus. A blue screen nearly always occurs because a new program or a driver update caused a problem, and the computer responded by shutting itself down to prevent damage.

More recent versions of Windows deal with blue screen errors much better than in the past, so it isn’t usually much of a problem to worry about anymore. Of course, it can still occasionally be a serious hardware problem, but it won’t be because you have a virus. The best thing to do is plug the error message into Google and go from there.

Usually, all you need to do these days to fix the problem is restore the system back to a safe point (don’t worry, it won’t affect your files if you backed up properly). If that doesn’t work, delete any recently installed programs, as they are possible culprits. 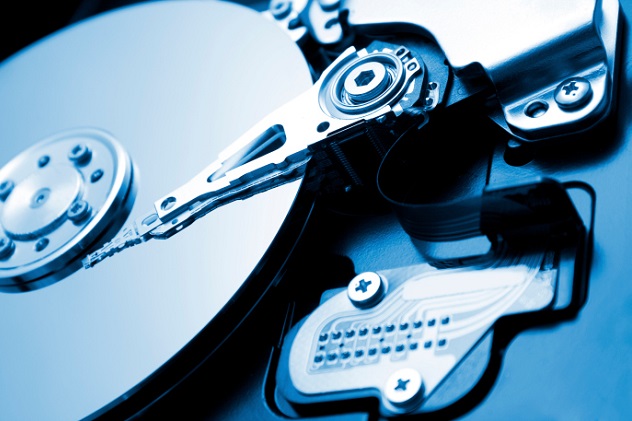 RAM, or Random Access Memory, is often just referred to as “memory.” For this reason, many people think that when they are running low on space, they need more RAM. However, the long-term storage device is the hard drive, which can be confusing, because it doesn’t have the word “memory” in its name.

Memory in a computer works similarly to memory in the human brain. The human brain has long-term storage, where we keep memories, and a working memory where you can keep a running conversation and do arithmetic in your head. While we are performing these tasks with our working memory, we also have the ability to retrieve memories from deep storage.

A computer runs in much the same way. The hard drive contains the computer’s long-term memories—videos, pictures, and other files. The RAM is your working memory and performs immediate tasks, such as running Facebook, playing Candy Crush, and loading email while chatting on Skype. If your computer starts to perform slowly when you are trying to do all of these tasks, you probably need more RAM. If you find you don’t have enough room for all of your files, you need a bigger hard drive. 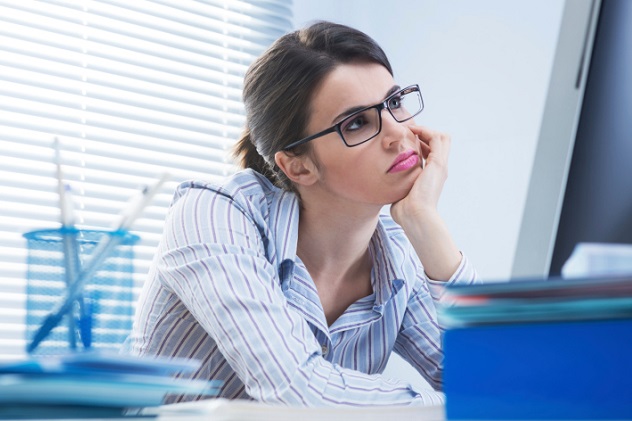 Whenever a computer becomes slow, viruses are almost always blamed. There are a small number of viruses that hog RAM in the background, but it will become obvious very quickly. The truth is that computers slow down over time for numerous reasons, and most of the time, it doesn’t have anything to do with viruses.

One problem may be that, like anything, computers get old. Your computer may have been really nice when you first bought it, but the constant demands placed on the system make it harder to keep going. Also, the longer you own a computer, the more programs you are likely to have downloaded, which exhausts your RAM. Computers may also slow down when their hard drives start to fail, and not much short of replacing it is going to fix that. Sometimes, Internet connections slow down due to outdated browsers or Flash programming.

So if your computer is starting to get slower, don’t jump to the virus scanner. Check the health of your hardware, stop unnecessary programs running in the background, and make sure all of your software is up to date. If all of that is okay, the problem may be a virus, but there’s still a good chance that it’s something else. 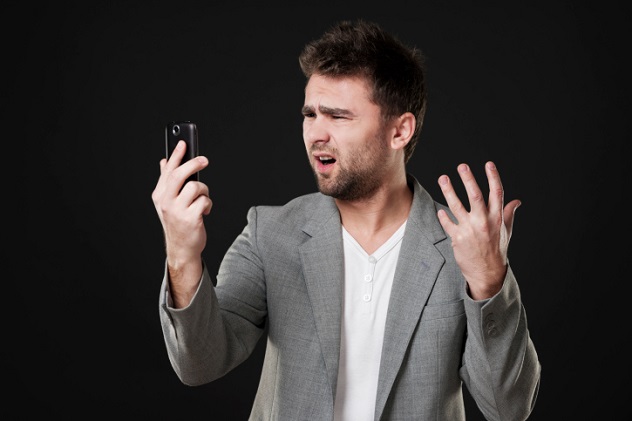 Many people don’t really think of their smartphones as tiny computers, but that’s essentially what they are. Unfortunately, malicious people are now targeting smartphones the way they target computers.

In 2011, one virus found its way in through a third-party application to send messages from the user’s phone, which cost the user money but made the creator of the virus quite a profit. Emboldened by successes like these, viruses have begun inundating the smartphone world.

These viruses usually infiltrate smartphones through downloads of applications from the marketplace. Google’s app store is an open marketplace where anyone can sell an app, which is good in a lot of ways, but it also means that the store is full of third-party applications that haven’t been vetted. People may feel like they are getting something from a trusted source, though, and unwittingly expose themselves to malicious programs.

In this case, it’s usually best to never download anything from an untrusted source and check the permissions that applications require. If the permissions they want seem strange, don’t agree to them without doing your research. Many people believe that you shouldn’t leave a laptop running too long or leave it on a rug, bed, or anything flammable for fears that it will catch fire. However, there isn’t any evidence of that ever happening. On the rare occasion that a laptop does cause a fire, it’s because of something like a defect in the wiring.

More recent laptops even include better ventilation and fail-safes designed to keep the machine from overheating in any capacity. If your machine is overheating constantly, it’s probably a sign that something is wrong with the hardware, you are exceeding its normal capabilities, or it’s a really bad design.

There is a much more real danger with laptops, and that is laptop burn. Many people sit with their laptops directly on their laps, and contrary to the name of the machine, this is a terrible idea. Hot laptops have caused serious burns through clothing within just a few days of moderate usage. If you must use a laptop on your lap, remove it if it starts to feel hot and find another surface to put it on. 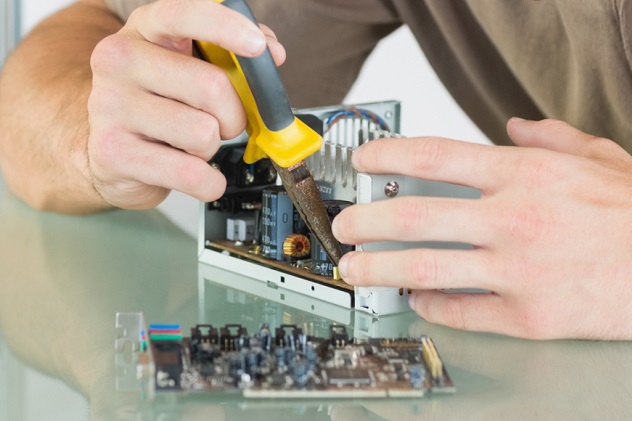 Many people are under the impression that if their computer starts to fail, they can just replace whatever part is dying. However, technological advances move quickly, making upgrading much more difficult due to compatibility problems.

For example, someone might find that their processor is failing, but no one makes processors anymore that work with that particular motherboard, so now they need to replace that, too. Once they’ve replaced the motherboard, some of the older parts won’t work with the new board, and now they might as well build a new system. This is known as “bottlenecking.”

Even if you don’t have any compatibility issues when you upgrade, your system will eventually bottleneck. To a certain extent, your computer is only as good as its weakest component. For example, if you decide that you need to upgrade your video card, but your processor is too weak, it’s not going to make a noticeable difference. 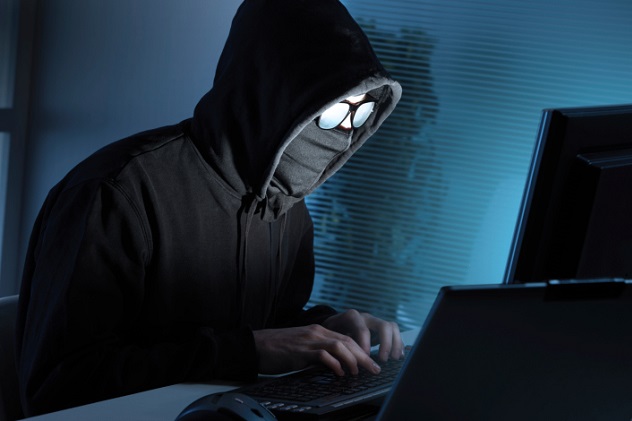 Anytime a website is defaced, an important account is compromised, or some group steals a bunch of login information, it’s always blamed on hackers. This is the result of a misunderstanding about what hacking involves, though. Hacking is when someone who has a strong knowledge of computer security finds a vulnerability in the system and uses it to get in, usually through some kind of backdoor method.

Cracking, on the other hand, involves using a program written by somebody else that sort of breaks the virtual door down, often by trying different combinations of passwords over and over. These are known as “brute force” attacks. To make things more confusing, the media often refers to things as “hacking” when nothing was hacked or cracked in any way. 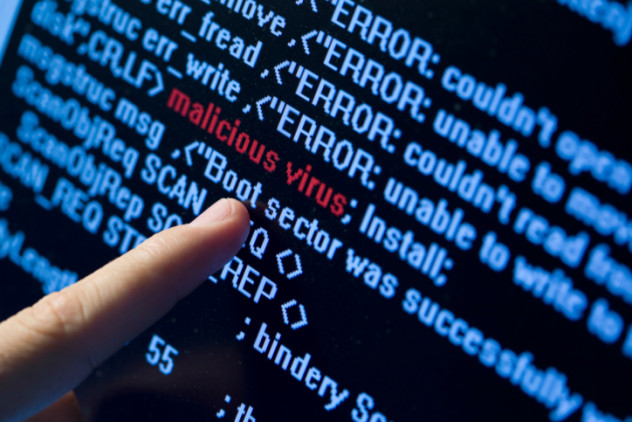 Viruses are one form of malicious program, but there are many others with different names and methods of distribution. Some are entirely different groups like Spyware and Adware, which are designed to steal your information or annoy you with spam. Some malicious programs are designed so that you will never even know they are there—they hide from your anti-virus software and wait to use your computer, not affecting its functioning in any noticeable way.

While the various programs you use for security may be helpful in dealing with this, to be forewarned is to be forearmed. You’ll have a better chance at dealing with malware if you know what you are up against. Protecting yourself isn’t as easy as keeping your anti-virus up to date, either. Oftentimes, the anti-virus companies themselves aren’t up to date on the latest malware threats, and people with evil intentions are constantly looking for ways to get around your security. 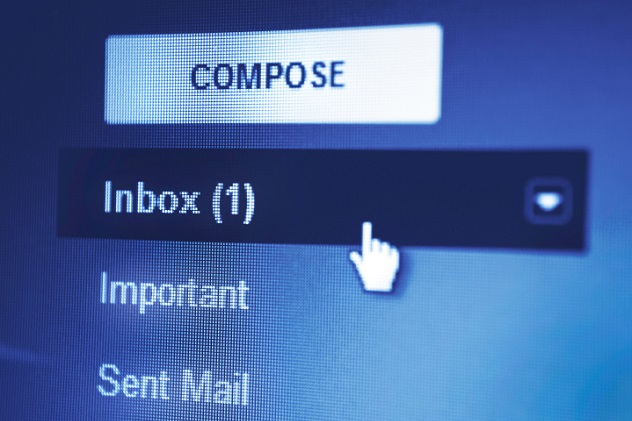 Warnings about awful viruses waiting in your inbox have been circulating since the advent of malware, but oftentimes, the warnings are false alarms. This has fueled all kinds of ludicrous practices, such as deleting suspicious emails unread due to the belief that even opening such a message can lead to viral infection. While it is certainly true that you should never open an email attachment from an untrusted source, you cannot get a virus simply from reading an email.

However, there are other situations where getting a virus or other form of malware can be much easier than you might imagine. Simply by visiting a shady site, for example, you may fall victim to a drive-by download. If you’re lucky, you will receive a pop-up message or other warning, but many drive-bys won’t warn you of their presence before they install hidden malware. This is why it is a good idea to scan your system regularly, just in case.

Gregory has built three computers. Soon, he will be building a fourth.