Depending on your predilections, underwear is either something you pay little mind or give an awful lot of thought to. Below are 10 facts about underwear, from the controversial to the culinary. 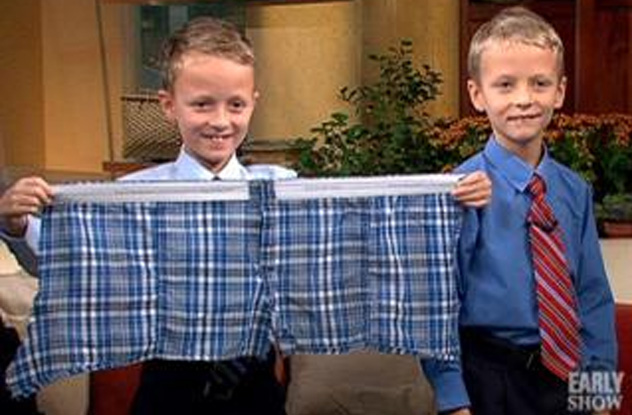 Any kid who has been bullied can attest to the unpleasantness of the dreaded wedgie. Most of the time, it’s little more than childish horseplay, but there have been instances of serious injury to the testicle area after wedgies. And on December 21, 2013, 58-year-old Denver St. Clair was killed when a drunken argument with his stepson ended in a wedgie that pulled his underwear over his face, suffocating him.

In 2007, eight-year-old twin boys Jared and Justin Serovich were in their Ohio home, giving each other wedgies, when someone joked that they should invent wedgie-proof underwear. This spurred the boys to create the “Rip Away 1000,” underwear with velcro fasteners that come free if someone roughly pulls it. After winning an invention contest, the boys became media darlings, appearing on television news and getting a spot on The Ellen DeGeneres Show.

Perhaps inspired by the boys, the movie Cloudy With A Chance Of Meatballs 2 also features wedgie-proof underwear. 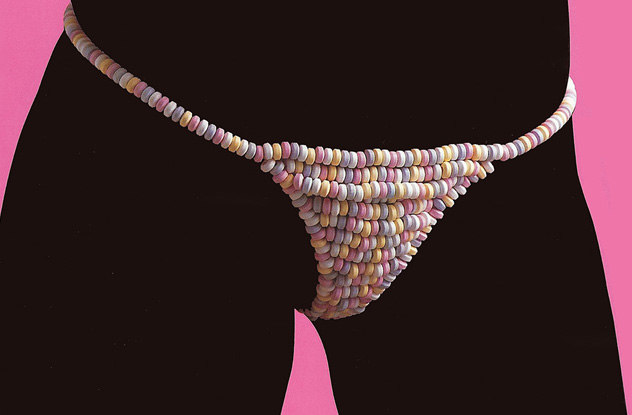 In 1975, Chicagoans Lee Brady and David Sanderson put their heads together and produced “Candy Pants”—the first edible underwear. The pair found it difficult to secure a patent for their invention, but they eventually succeeded. Today, edible underwear is the kind of gag gift reserved for bachelorette parties and the like, but the mid-’70s were a different time. Candy Pants raked in some $150,000 a month at the height of their infamy.

The original style of edible underwear is a candy garment made of roughly the same stuff as Fruit Roll-Ups. Companies vary considerably in their success at making the clothing palatable. One review describes a sample as “a thicker, super-sticky Listerine breath strip that decomposed in our mouths into a plastic goop.” 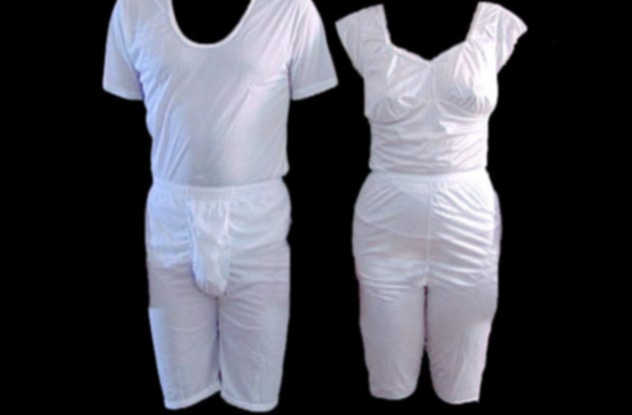 Mormon underwear, which is made for both men and women, is meant as a symbol of loyalty to the church. A set consists of a white T-shirt and simple white boxer briefs. It has small religious symbols, and you can only get it from specialized stores and church websites.

These “temple garments” got a lot of coverage during the 2012 US presidential election. Mormon Mitt Romney ran against incumbent Barack Obama, and late-night hosts and political cartoonists lampooned the wealthy Republican through his underwear. 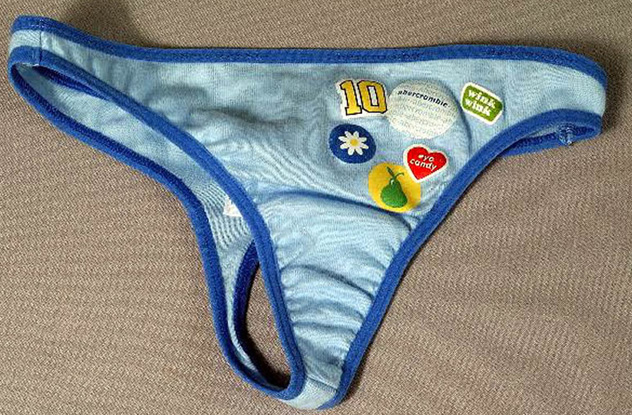 Clothier Abercrombie & Fitch has generated no shortage of controversy over the years, including the 2002 release of shirts with Asian caricatures and messages like “Wong Brothers Laundry Service—Two Wongs Can Make It White.” But the company really raised eyebrows later that year when its kids’ division put out a line of thongs for young girls. Messages on the thongs read “eye candy” and “wink wink.”

Complaints poured in, including calls for boycotts, but the company was staunch in its defense of the lurid panties. They claimed, “The underwear for young girls was created with the intent to be lighthearted and cute. Any misrepresentation of that is purely in the eye of the beholder.”

While racy ad campaigns and barely-there undergarments might have made Abercrombie popular with teens, their parents were less than amused. Revenue has plummeted, and the future of the company is uncertain. 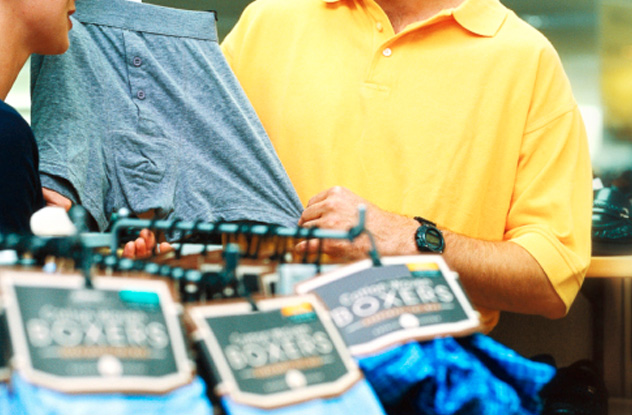 When times are tough, people tend to batten down the hatches and avoid frivolous purchases. But while we don’t splurge on espresso machines and Ferraris during a depression, certain commodities are purchased no matter what. One of these is men’s underwear. The market for men’s underwear does not tend to fluctuate very much, and according to former Federal Reserve Chairman Alan Greenspan, if sales do drop, it indicates that the economy is in very dire straits.

In 2009, the world was reeling from the global financial crisis, with stock indexes plummeting and investment houses like Lehman Brothers declaring bankruptcy. Sales of men’s underwear dropped by 2.3 percent across the board. Since then, the economy has improved significantly. In 2011, men’s underwear saw a huge jump of 6.4 percent from $3.08 billion to $3.28 billion. 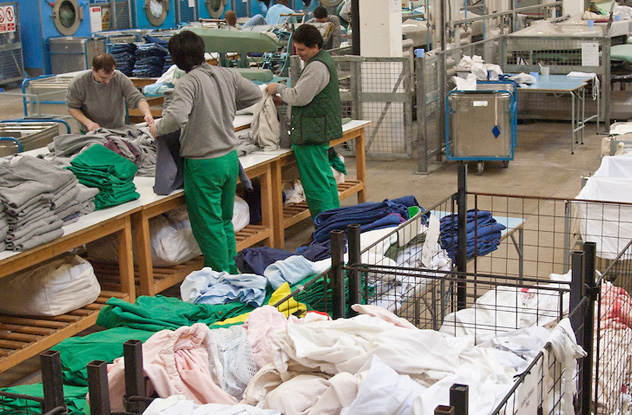 While incarcerated, prisoners often receive jobs that keep them busy, teach them skills, and earn them a few dollars. We tend to think of tattooed men stamping out license plates, but a variety of jobs are available to them. In the 1990s, subcontractor Third Generation hired inmates in a South Carolina prison to stitch underwear for Victoria’s Secret. Knowing jailed felons made your frilly underthings might detract a bit from the romance of any occasion when you wear them.

The prisoners’ own underwear situation is more dire, with many prisons suffering from shortages. Inmates at Taylorville prison in central Illinois were routinely given soiled underwear to wear when groups investigated in 2011. Across the pond in London’s overcrowded Brixton prison, some inmates are limited to just two clean pairs of underwear a week. 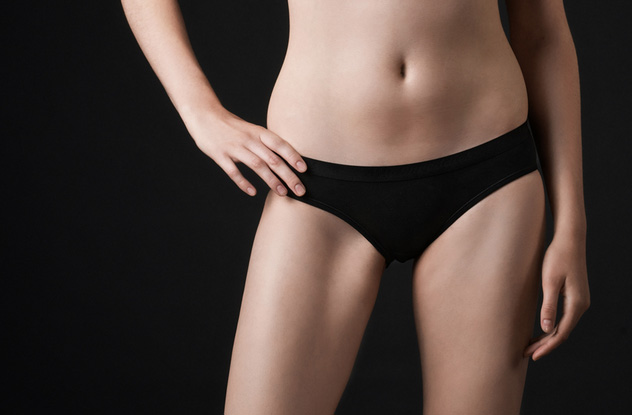 Flatulence is a fact of life, at once hilarious and embarrassing. Up until fairly recently, there has been little recourse for the issue, but science has come to the rescue.

British company Shreddies produces underwear for both men and women that are designed to filter out even the most noxious odors. This is accomplished through the use of a revolutionary fabric called Zorflex, an activated carbon cloth. The underwear was originally intended for people with digestive ailments like Crohn’s Disease and Irritable Bowel Syndrome, but the product quickly caught on with the general farting public.

Zorflex has many medical and industrial applications and is used for wound dressing, ostomy bags, and protective clothing. The British Army issues their soldiers antimicrobial Zorflex underwear, which can be worn for months at a time. The standard cotton variety would fall apart, and that’s how the company Shreddies gets its name—British soldiers were known to march so much that their underwear shredded. 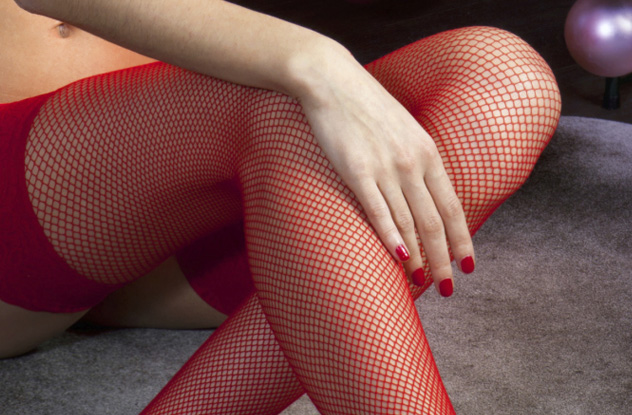 Although color blindness is relatively common, it wasn’t documented until the late 1790s by English chemist John Dalton. Dalton was born a Quaker. At the time, the conservative Protestant Quakers were known for dressing very plainly, in dark clothes without adornment or jewelry. So it was quite the scandal when he bought his mother a pair of red stockings for her birthday. Dalton thought they were blue—as did his brother, indicating that the issue was genetic.

Dalton was an accomplished scholar, but his theory on color blindness was all wrong. He believed that the fluid in his eyes merely had a blue tint. Dalton’s dedication to science, however, ran so deep that he instructed a lab assistant to squeeze the fluid out of his eye after his death to test whether it was blue. 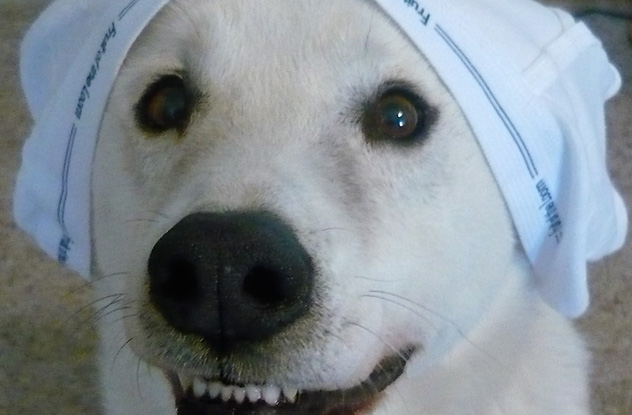 In the early ’90s, Cairo University investigated how underwear fabric might affect sperm production. For test subjects, the researchers used a series of dogs. There were three groups: a control group that wore no underwear, a group with cotton underwear, and a group saddled with polyester. The underwear was loosely fitted so that the polyester’s reduced breathability was not a factor.

For the first 24 months, the dogs wore the underwear, and their sperm was continually tested. The control and cotton groups showed negligible changes to their testicular health, while the unfortunate polyester group exhibited a lower sperm count, more abnormal sperm, and degenerative changes overall. The experiment continued for another 12 months without any underwear. Most of the dogs in the polyester group gradually returned to normal, but two continued to show damage.

Precisely how the polyester negatively affected the dogs is unknown. It’s theorized that the polyester generated dangerous electricity, so men might want to keep that in mind the next they’re in the underwear aisle.

1The Trade In Secondhand Underwear 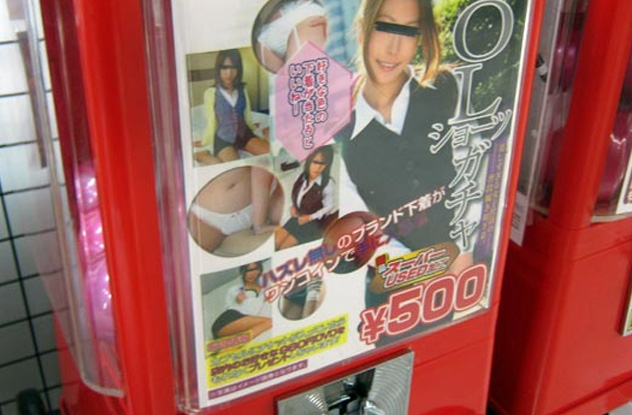 If you’re like most people, the idea of stepping into a pair of someone else’s underwear is pretty gross. But in some of the world’s most impoverished places, hygiene takes a backseat to affordability. In poverty-stricken Zimbabwe, the import of used underwear was so common that the country had to officially ban it in December 2011.

In more privileged corners of the globe, trade in used undergarments thrives for entirely different reasons, and entrepreneurial young ladies have made a lot of money selling their soiled panties. In the early 1990s, Japanese vending machines sold the public used panties, allegedly worn by schoolgirls. The business was largely halted through the Antiques Dealing Law, which prohibits the sale of used goods without government approval, but individuals report that some machines continue to operate.

In the United States, Christine Vetter of South Carolina was caught mailing used underwear from her adult website, along with other used items such as tampons and condoms. She pleaded guilty to federal charges of “mailing indecent and filthy substances,” possibly the first person to be prosecuted under the statute.