NASA is filled with some of the smartest people on the planet. However, it’s far from infallible. When you are constantly on the edge of innovation, facing the unknown, mistakes are bound to happen. These events are actually pretty rare, considering the inherent danger of the work. Even so, and even apart from the outright disasters of the space program, NASA made some serious errors. 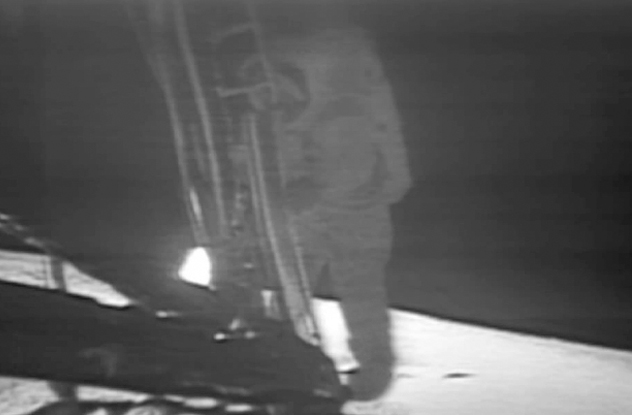 Readers old enough to remember video tapes recall the embarrassing feeling of having recorded over something important. It can be quite frustrating, but you probably taped over nothing more significant than your favorite football game or your child’s school recital. At least it wasn’t the original footage of mankind first landing on the Moon.

That’s right. The original tapes of the Apollo 11 mission with the iconic footage of Neil Armstrong first setting foot on the Moon are gone.

It took NASA 35 years to even realize that those original tapes were missing. They then launched a mission to find them, and they discovered that they’d taped over the original copies sometime during the 1980s. There was a shortage of tapes back then, and this was standard procedure. They obviously wouldn’t have done it if they’d known what was on them. 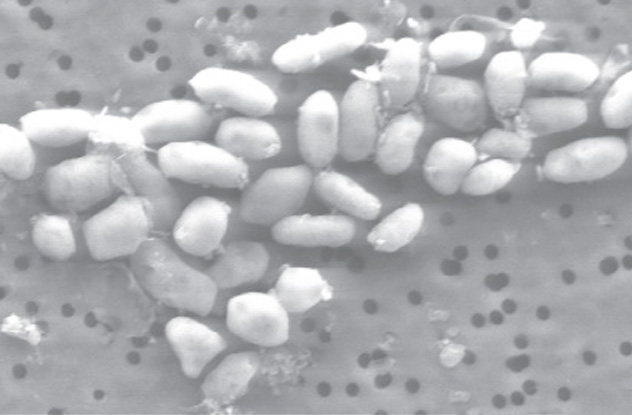 In 2010, a project funded by NASA and led by then-NASA astrobiologist Felisa Wolfe-Simon made a shocking claim. They’d discovered a bacterium with a new DNA structure that substituted arsenic for phosphorus. The supposedly alien life-form (“GFAJ-1”) became the center of attention of biologists everywhere.

Biologists consider six elements vital for all known forms of life—hydrogen, oxygen, carbon, nitrogen, sulfur, and phosphorus. The new life-form was supposedly capable of using arsenic to survive instead of phosphorus. The two elements have a similar structure, but arsenic is very toxic to most life. The claim therefore attracted heavy skepticism.

Soon, two new studies published in Science contradicted the initial findings. The bacterium’s environment was, indeed, very low in phosphorus and high in arsenic, but its DNA still used phosphorus. While the bacterium was an extremophile capable of surviving an arsenic-rich environment, it wasn’t a completely different form of life. 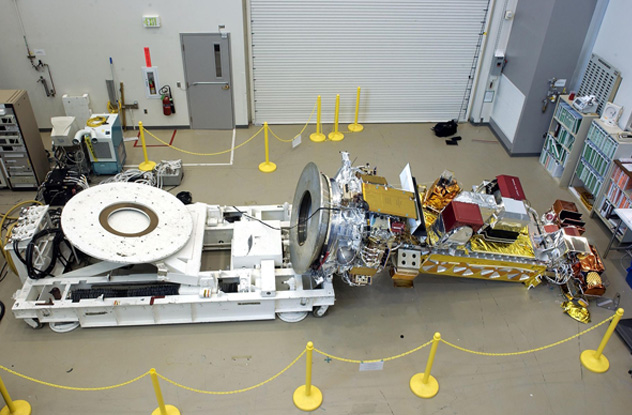 NOAA-19 was the last in a series of weather satellites of the National Oceanic and Atmospheric Administration for a project titled Polar-orbiting Operational Environmental Satellite (POES). It aimed to create a satellite system to provide us with information for climate research.

Manufacturer Lockheed Martin, one of NASA’s main subcontractors, had a ton of experience at building big, complex, and expensive devices. Even so, the satellite was severely damaged before launch. Officially, NASA attributed the accident to “lack of procedural discipline,” which is government talk for “they made a really stupid mistake.” They’d dropped the satellite on the floor because they’d forgotten to bolt it down.

How expensive? $135 million in repairs. Lockheed Martin had to forego its profits on the job to pay for them. 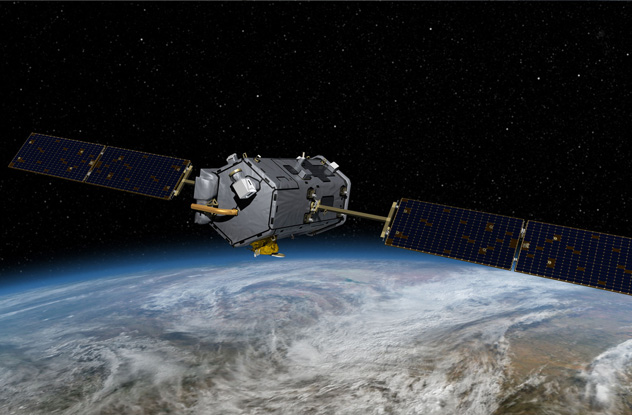 The Orbiting Carbon Observatory satellite was supposed to measure Earth’s CO2 levels. It was launched on February 24, 2009, but it never made it out of our atmosphere. Instead, it plummeted back to Earth, landing in the Indian Ocean near Antarctica. Nine years of development and over $270 million had been spent on that satellite. The damage was so extensive that no parts were salvageable.

Five years later, in July 2014, the OCO-2 was launched successfully, making up for NASA’s previous mistake. 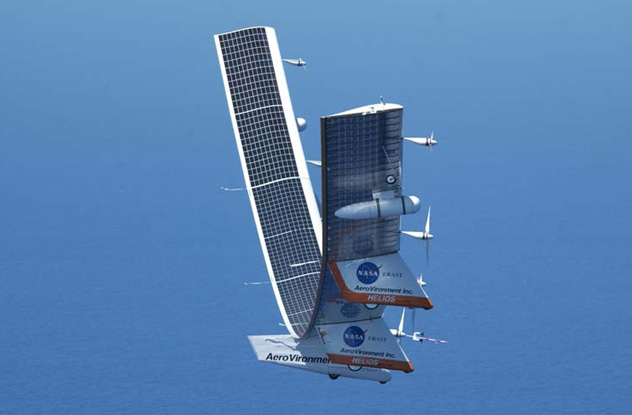 During the ’90s, NASA developed the Environmental Research Aircraft and Sensor Technology (ERAST) program to develop long-term atmospheric satellites in the form of remote-controlled drones. First came the NASA Pathfinder. Next came the Pathfinder Plus. Both models did well, so an improved version called the NASA Centurion was developed. All three aircraft broke flight records and performed according to expectations. NASA then planned a fourth version, dubbed the NASA Helios, as the pinnacle of the ERAST program.

The Helios crashed into the Pacific Ocean.

It crashed in 2001 during a test flight to check the remote piloting systems. There were concerns from the start that the weather wasn’t right, but Helios received a very tentative and marginal launch order, which turned out to be a mistake.

It would have been the 10th successful flight of the aircraft. Instead, roughly 30 minutes after takeoff, Helios plummeted into the waters off the coast of the Hawaiian island of Kauai. The cause was mostly attributed to bad weather conditions. The aircraft did manage to set a new record before crashing. It reached the highest altitude for a non-rocket-powered aircraft. 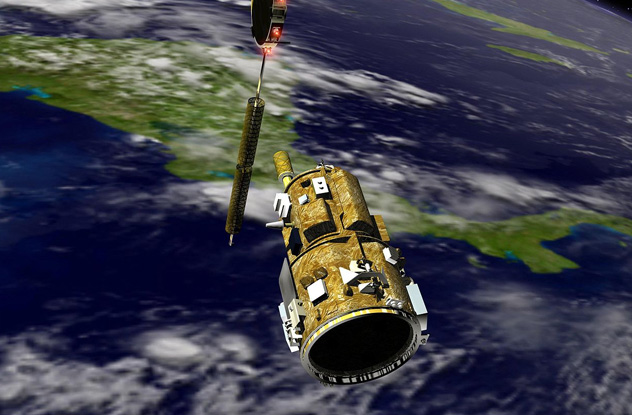 The DART, short for Demonstration for Autonomous Rendezvous Technology, was another satellite that saw an untimely end due to a simple error. The project was handled by the Orbital Sciences Corporation but was commissioned and sponsored by NASA. The goal here was to develop a robotic satellite that could perform maintenance and repairs on other satellites. It would have been safer and cheaper than sending astronauts each time.

The DART was launched on its maiden mission on April 15, 2005. Its target was MUBLCOM (Multiple-Path Beyond-Line-of-Sight Communications), a relay communications satellite. DART was supposed to dock gently and start performing maintenance. Unfortunately, the satellite had a slightly different definition of “gently,” because what it did was roughly the space equivalent of a hit-and-run.

Even if that hadn’t happened, the mission still wouldn’t have gone through. Another error caused the DART to use up more propellant than normal, so it ran out of fuel mid-mission. About 11 hours into the 24-hour mission, the satellite detected that it was running on empty, so it began an automatic evacuation procedure to ensure that it wouldn’t be left floating in space. 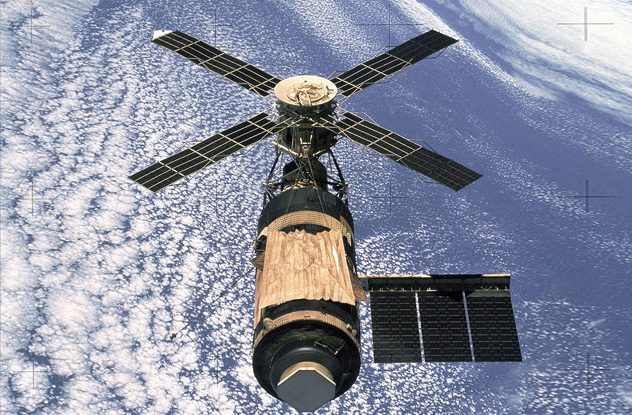 Skylab was the first American space station, launched in 1973 and in operation until 1979. It provided us with a ton of useful information, but the only thing that everyone remembers was the crash. And for good reason—it was a spectacular crash, a worldwide event that received tons of media coverage. It also could have been much worse.

The lack of forethought was uncharacteristic of NASA. They didn’t really give too much concern to how Skylab would come back down to Earth, but they knew that it would happen eventually. In a best-case scenario, Skylab had a lifespan of just nine years. A navigational system wasn’t an option back then. The technology wasn’t quite there yet, and costs would have been too high. Even so, a little bit more preparation would have helped.

Before the crash, NASA gave a 1-in-152 chance of human injury. Their best effort was to use the rockets to guide the station into the Indian Ocean. And they succeeded—mostly. The bigger parts of the station did wind up in the ocean, but many pieces landed over Australia. Fortunately, nobody was injured, and nothing was seriously damaged.

For some people, the event was actually profitable. One Australian teenager won $10,000 from the San Francisco Examiner for being the first person to deliver a piece of debris. NASA got really lucky with this one, but they didn’t get off scot-free. The Shire of Esperance in Australia fined them $400 for littering. 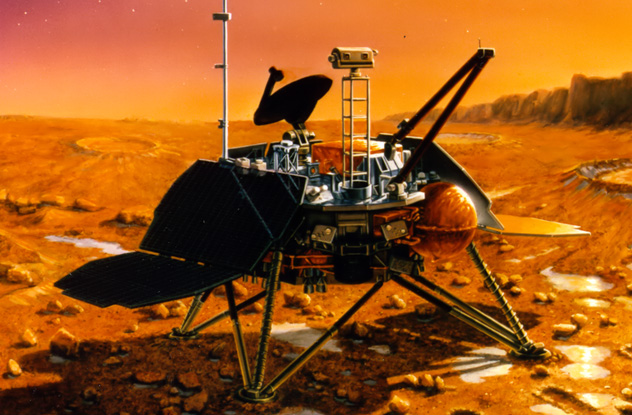 The Mars Polar Lander (MPL) was one of NASA’s most ambitious projects. This robotic lander would have been the first to land and explore Mars’s polar environment. NASA was very hopeful that the MPL would provide valuable information regarding the possible existence of water on Mars, as well as the possibility of the red planet once sustaining life.

It launched in January 1999. It reached its destination in December. Then the MPL started its gentle descent on Mars—and that’s the last we ever heard from it.

Communication with MPL suddenly stopped and never resumed. Nobody knew exactly what had happened, and we still don’t know for certain. NASA spent a full month futilely trying to get the lander to respond. Finally, it declared the mission a complete failure.

While it is not certain, the general consensus is that spurious signals during descent tricked the onboard computers into prematurely thinking that it landed. Thinking that it was on solid ground, MPL turned off its engines. The lander was still quite a distance from the ground, so it just plummeted and crashed. 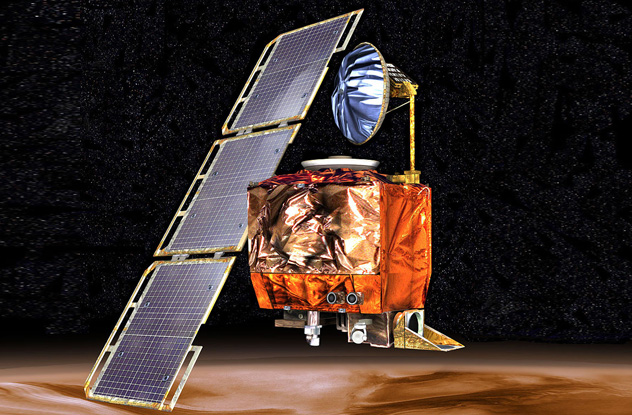 The Mars Climate Orbiter (MCO) was launched in December 1998, just a short while before the MPL. Like the name suggests, its mission was to orbit Mars and detect atmospheric conditions, temperatures, weather patterns, water vapor content, and changes in the surface. Like MPL, MCO at least made it to Mars before it completely disintegrated into its atmosphere.

The failure was due to an incredibly small and simple error that wound up costing $125 million. Manufacturer Lockheed Martin had calculated the impulse produced by the thrusters using metric units (“newton-seconds”) . For its own calculations, NASA thought this value used imperial units (“pound-seconds”). As a result of a conversion error, the orbiter entered Mars’s atmosphere at a way lower trajectory than it needed, and the engines failed thanks to overheating.

What’s most embarrassing about the event is how completely preventable it was. Most errors occur when the spacecraft is already in space and it’s too late to correct the mistake. In this case, the error occurred 10 months in advance, while the orbiter was still on Earth. Despite countless people performing checks on the spacecraft, no one spotted the mistake. 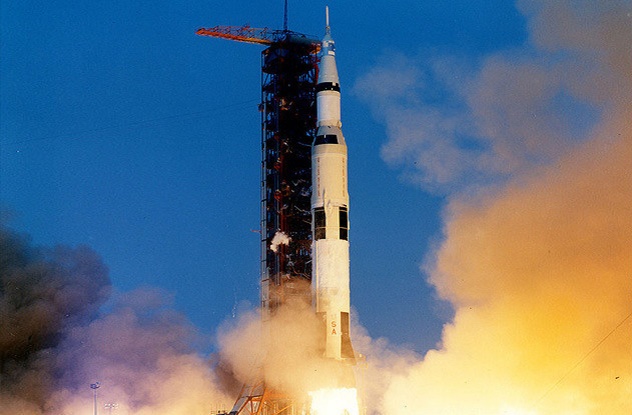 Apollo 13 could have been a disaster on par with the Challenger and Columbia shuttles. Launched on April 11, 1970, Apollo 13 would have been the third manned mission to land on the Moon. The crew, led by captain Jim Lovell, was supposed to land on the Fra Mauro highlands and explore the 80-kilometer (50 mi) crater located there.

The mission started off on the wrong foot. One of the primary astronauts, Ken Mattingly, had to be replaced by first-time flyer Jack Swigert after contracting rubella. Things went from bad to worse when one of the cryogenic oxygen tanks burst open, also damaging another one in the process. The spacecraft lost the ability to generate power, maintain oxygen levels, or produce water. This caused Swigert to deliver the famous line “Houston, we’ve had a problem” (which the movie changed to “Houston, we have a problem” and attributed to Commander Jim Lovell).

They had to turn back immediately, and the original objective of landing on the Moon was scrapped. Now it was just a matter of getting the astronauts back safely. Things look pretty dire, but Apollo 13 still had a functioning backup. The astronauts were able to survive inside the backup during the trip back home and then make the switch back to the original craft that was equipped to handle reentry.

A lifelong science nerd, Radu felt bad for writing mean things about NASA. See what else he writes at GeeKiez or come say hi on Twitter.