People who talk seriously about the existence of extraterrestrials are generally considered to be somewhat less than sane. Yet as humans explore further into the universe, some official agencies, such as the United Nations and the United States Congress, have thought it prudent to set in place official regulations in the event that alien life is actually found. Whether extraterrestrials choose to make contact with Earth, or astronauts stumble onto alien civilizations, here are ten rules that will have to be taken into consideration to avoid fines, jail time, or other serious sanctions.

10 Astronauts Must Be quarantined In Case Of Alien Hitchhikers 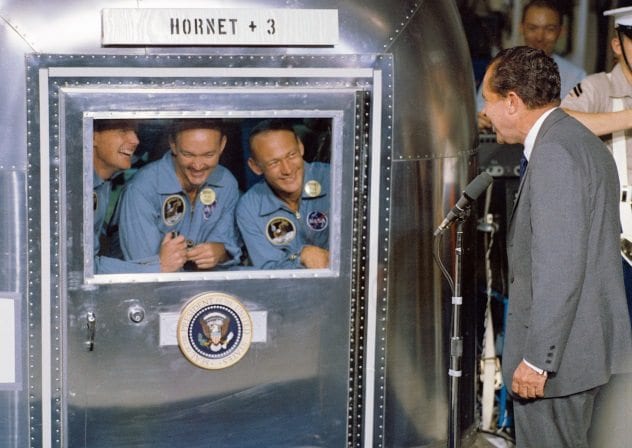 The United States Congress passed the Extra-terrestrial Exposure Law in 1969. The law mandates that all astronauts returning from trips into space be quarantined for a period of time to ensure that they don’t unknowingly (or knowingly) bring back any alien life-forms. This was passed shortly before the Apollo 11 mission. NASA wasn’t as concerned with little green men as they were with germs never before brought to Earth that could cause an outbreak.

Strangely enough, this law has been misinterpreted by some, who believed that the law made it illegal for Americans to make contact with aliens. The law was repealed in 1977, after several successful space missions by NASA showed that astronauts were not carrying back contaminants from space. Despite this, people still post angry rants on the Internet, complaining how unfair it is that they are barred from contacting aliens and demanding that the law be repealed. Somebody should break the good news to them that it has been for decades.

9 Alien Life Must Be Reported To The UN Immediately 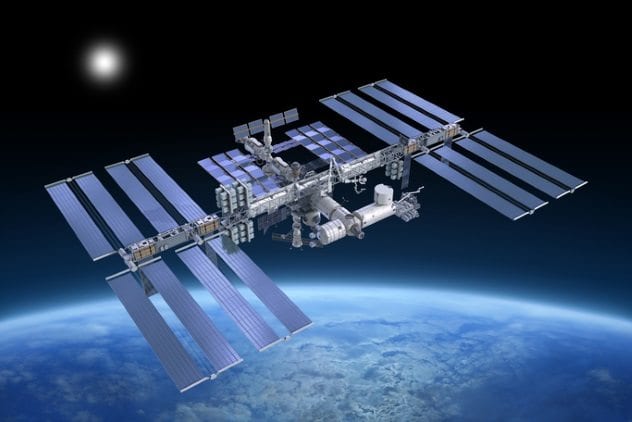 In 1967, the United Nations created the Treaty on Principles Governing the Activities of States in the Exploration and Use of Outer Space, including the Moon and Other Celestial Bodies. It’s often referred to as the “Outer Space Treaty” because who is really going to say all those other words? It was initially signed by Russia, the United Kingdom, and the United States but has now been signed by over 125 countries.

Article V of the Outer Space Treaty says, “States Parties to the Treaty shall immediately inform the other States Parties to the Treaty or the Secretary-General of the United Nations of any phenomena they discover in outer space [ . . . ] which could constitute a danger to the life or health of astronauts.” That would naturally include the discovery of extraterrestrials.

In 2011, the director of the United Nations Office for Outer Space Affairs, Mazalan Othman, gave a speech in which she allegedly said that before contact is made with extraterrestrials, Earth should have systems in place to handle the interaction. This led to widespread reports that Othman was being appointed as the UN’s “alien ambassador.” Othman denied the reports.

Regardless, because of the Outer Space Treaty, the UN will be among the first to know if astronauts ever encounter alien life. 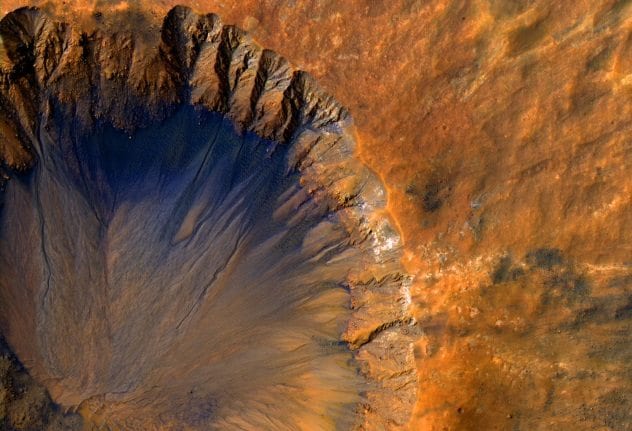 With the observation of liquid water on the surface of Mars, the probability of life being present there has increased. The Outer Space Treaty forbids possible contamination of alien life by humans and human technology. Anywhere with liquid water is considered a “special region,” with special rules for exploring that area. Other “special regions” include places with volcanic activity or caves.

That is why NASA’s rovers haven’t gone to take pictures of liquid water on Mars despite the excitement its existence has caused. The rovers don’t meet sterilization standards to be considered safe to send on a data-gathering mission to areas where there could conceivably be life-forms.

Humans also aren’t supposed to go to these areas until sterile robots have done initial studies. But as several companies, including NASA, Space-X, and Mars One, push forward on their plans to send humans to Mars, the question arises: Will humans obey the rules and stay away from a place that could hold the biggest discovery of our time? 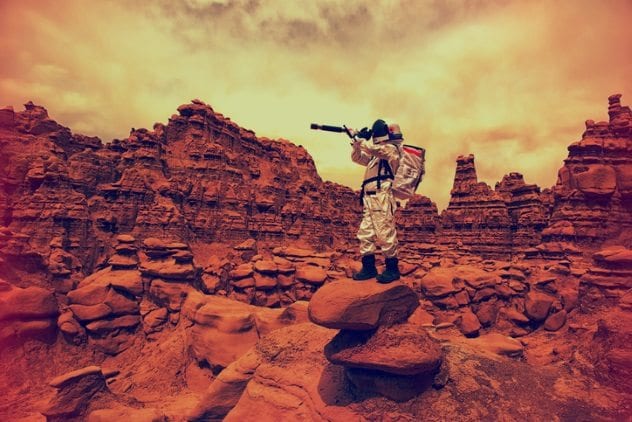 According to the UN’s Outer Space Treaty, no human or nation can own a part or whole of any planet, as they are the “province of all mankind.” With different nations working on long-term habitation and eventual colonization of Mars, the question becomes what laws apply on Mars for expats (who have then become extraterrestrials)?

The UN has a declaration for that. In 1962, the UN adopted the Declaration of Legal Principles Governing the Activities of States in the Exploration and Use of Outer Space, which states that whoever sends a rocket into space will retain jurisdiction over it and the people inside it. Just like the crew of a ship in international waters, the crew of a ship on Mars would be required to follow the rules of the country that launched the ship. For example, NASA astronauts would still have to follow US laws.

6 Aliens Are people, Too 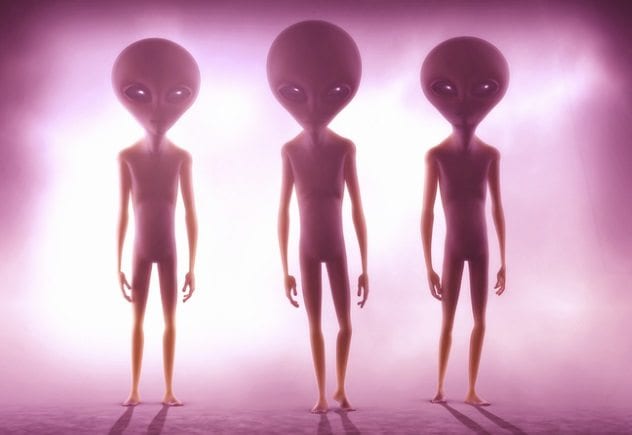 In 1953, US attorney and former vice president of the International Astronautical Federation Andrew Haley published an article in which he discussed the idea of treating aliens as any human would want to be treated, despite the fact that they come from somewhere else. This idea of the Golden Rule expanded to include extraterrestrial life was coined as “metalaw.”

Metalaw was later elaborated on by Austrian attorney Ernst Fasan. He expanded it to include three key principles:

1) Humans should not harm aliens.
2) Aliens and humans are equals.
3) Humans should recognize the will of aliens to live and to have safe space in which to do so.

In other words, don’t take the Will Smith in Independence Day approach and punch an alien in the face.

5 Astronauts Are Envoys Of The Human Race 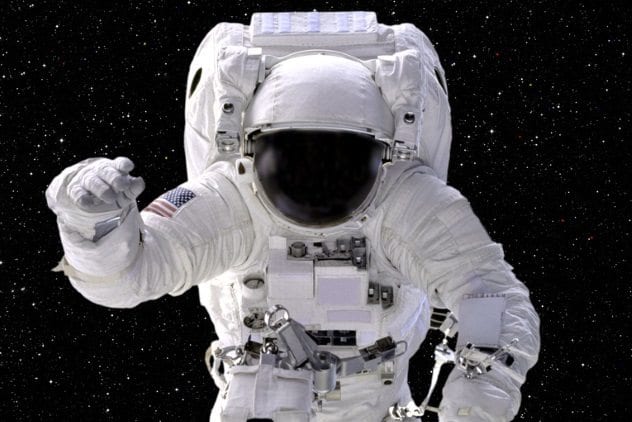 The UN, with all its rules about space exploration, didn’t forget the old saying, “You never get a second chance to make a first impression.” That is why the Declaration of Legal Principles Governing the Activities of States in the Exploration and Use of Outer Space included a section that astronauts should be recognized as “envoys of mankind in outer space.”

This leads one to wonder if astronaut training includes any sort of etiquette course on how to make first contact without embarrassing humanity. According to retired US astronaut Clayton C. Anderson, what to do if you meet an alien is not part of the current NASA astronaut training program.

4 Aliens May Have To Pay Taxes 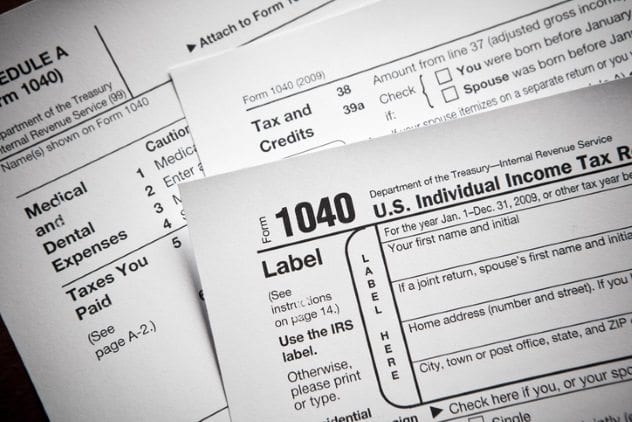 Handing aliens a copy of the US tax code will make the right first impression.

According to 35 US Code § 105, anything sold by the United States in outer space is considered to have been sold within the United States. That would make it subject to US tax law. The law says nothing about exemptions for sales to non-Earth-based life-forms.

US tax rules also extend to items traded for other items. That kind of puts a damper on interplanetary technology sharing. NASA, however, is tax-exempt, so they can make all the trades they want, free and clear. Unfortunately for the aliens, unless they have previously registered themselves as a nonprofit in the US before the trade, they might be in for an unpleasant first lesson of what life is like for a tax-paying American human.

3 Aliens Are Fair Game For Abduction 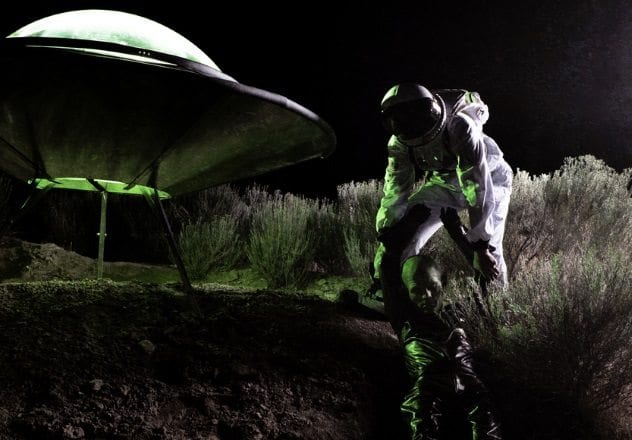 The first human to receive widespread attention for his report of an alien abduction was a Brazilian man named Antonio Vilas Boas. In 1957, the 23-year-old Boas claimed to have been abducted by aliens.

Seven years earlier, the US military came out with its plan for first contact, called Seven Steps to Contact, in which one of the steps is actually abducting some of the aliens (if they are technologically inferior) to study them. That’s right: We could be the creepy extraterrestrials stealing beings from their own planet and returning them later to retell their tale of horror to their unbelieving peers.

Some people think Seven Steps to Contact suggesting abductions may have led to some claims of alien abduction. That’s the power of suggestion. 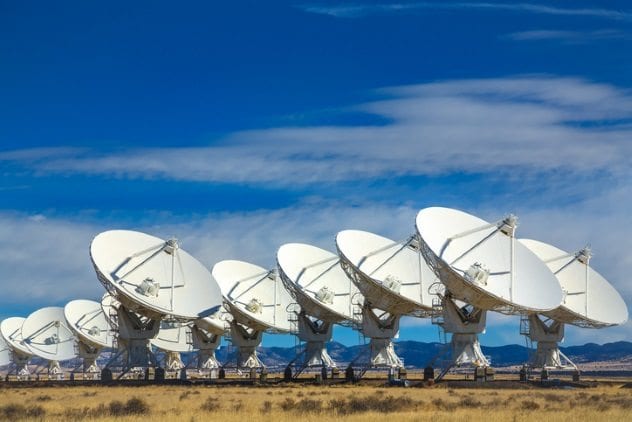 The IAA SETI Permanent Committee, or the International Academy of Astronautic’s Search for Extraterrestrial Intelligence, is an international organization that is doing exactly what its name says: alien hunting. They monitor different kinds of waves (e.g. radio waves, microwaves), looking for possible alien transmissions.

While people conducting SETI experiments have not always garnered much respect, some high-profile names and agencies have shown support for SETI and its methods. In 1896, Nikola Tesla suggested that radio waves could be used to send messages to extraterrestrials. NASA has had off-again-on-again government-funded SETI programs since the 1960s.

The IAA SETI Permanent Committee wrote the Declaration of Principles Concerning Activities Following the Detection of Extraterrestrial Intelligence (another catchy name). It lays out ground rules for use if anyone performing SETI experiments actually detects alien signals.

If such a signal is detected and verified, no response is to be made until the information has been shared internationally, and an agreed-upon response is formulated. This could mean that a great deal of time passes between when alien signals are detected and when we respond to them. We can only hope that extraterrestrials are more patient than Earthlings. 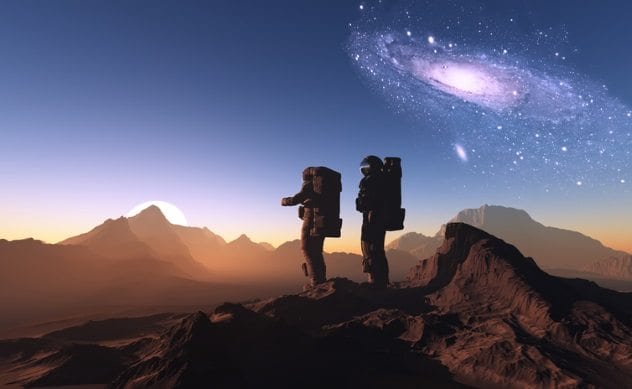 As previously mentioned, the UN’s Outer Space Treaty calls space and the planets “the province of all mankind.” The UN also holds countries liable to the rest of Earth for any damage they do to planets. This could make things complicated if it turns out that Earth has pulled another Christopher Columbus and declared somebody else’s home our newly acquired property.

That’s especially true if Rand Simberg’s proposed Space Settlement Prize Act is ever passed. Simberg suggests that a sort of planetary land grab would lead to faster colonization and a stronger Earth economy. Owning part or all of a planet goes against the Outer Space Treaty, but that only applies to those nations that have signed it. And it wouldn’t take much for a nation to declare that it was withdrawing from the treaty and then go wild planting flags.

The only problem that is other countries might not choose to recognize this ownership. Other life-forms might not, either. And it makes you wonder, what kind of laws might aliens have for us?

Comment below if you have ideas for more laws that Earth needs concerning alien contact or if you have thoughts on laws aliens should have regarding us!

Veronica Brush is the author of First Grave on Mars and Second Deception on Mars, the first two books in a sci-fi series about colonizing Mars. She also has a humor blog: ThemelessWriting.com.