The Dolphin Communication Project, conducted by neuroscientist Dr. John Lilly and partly funded by NASA, was full of controversy and unusual situations. Hoping to bridge the gap in interspecies communication, Lilly wrote the book Man and Dolphin. It outlined observations that dolphins were capable of mimicking noises made by humans and the fascinating way that this finding could potentially impact life as we know it.

We may find it hard to imagine a world where dolphins and possibly other intelligent cetaceans could give us insight into the history of our planet or input on world affairs. But this is exactly the kind of thing that Dr. Lilly had in mind. While things clearly did not go according to plan, the project paved the path to a new understanding of the intelligence of these marine animals. Unfortunately, this is a story with a sad ending.

It is well-known that dolphins are an intelligent species and have social structures with impressing complexity. Each animal has its own personality. They form alliances, share duties, and can recognize themselves, showing a sense of self-awareness. With brains capable of grasping concepts like “none,” dolphins can understand more than we might initially think. Some at the Dolphin Institute in Hawaii have been taught hundreds of words using a variety of different techniques including gestures and symbols.

From strange occurrences involving a woman’s three-month cohabitation with a dolphin to the inspiring realization that dolphin communication could help us to speak to aliens, here are 10 facts about NASA’s failed Dolphin Communication Project.

10 The Project Was Intended To Teach Dolphins English 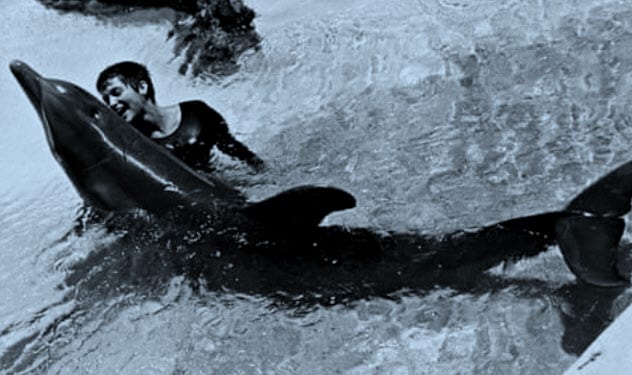 Mary, the first wife of Dr. John Lilly, noticed in 1957 that the bottlenose dolphins they were studying in Florida would roughly imitate human speech by making sounds through their blowholes. This sparked an idea in Dr. Lilly and inspired him to write the book titled Man and Dolphin.

Turning his attention to the concept of how dolphins communicate with each other, he began to envision the possibility of communication between species and would attempt to teach the dolphins he had in captivity to speak English. However, talking dolphins were not the only extreme possibilities that Dr. Lilly saw for the future of our world.[1] 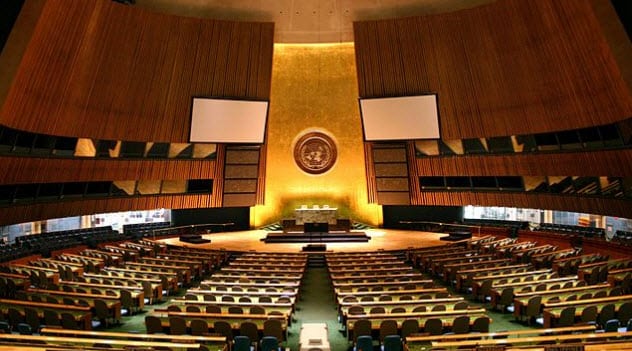 The book Man and Dolphin explained Mary Lilly’s observations of dolphins making humanlike sounds through their blowholes. It also outlined the potential to teach dolphins to speak the English language, which would lead to the ultimate goal of creating a Cetacean Chair at the United Nations.[2]

John Lilly believed that this would give marine mammals a voice in world affairs and open our eyes on topics such as science and history. We can only imagine a world where humans and dolphins work hand in fin to solve current global issues, although it does sound like it could make for an interesting story.

8 Communicating With Dolphins Got The Attention Of Astronomers 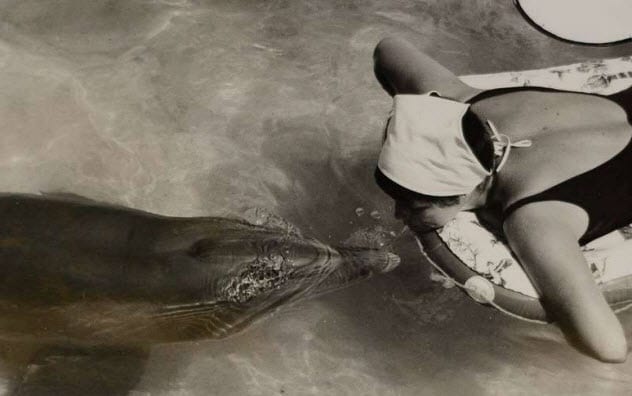 Due to the overwhelming popularity of Man and Dolphin, astronomers interested in the search for extraterrestrial intelligence began to realize the benefits of communications between dolphins and humans as a means to understand contact with other potentially intelligent life-forms from different planets.

Lilly’s ability to establish communication with another species on Earth gave astronomers hope that those accomplishments would lay a foundation for lessons on how to understand potential radio transmissions from extraterrestrials in the future.

After the increased attention to Lilly’s research in Miami, Florida, NASA got on board and provided some funding for his research. This allowed Lilly to open a second facility in the Caribbean named the Dolphin Point Laboratory.[3] 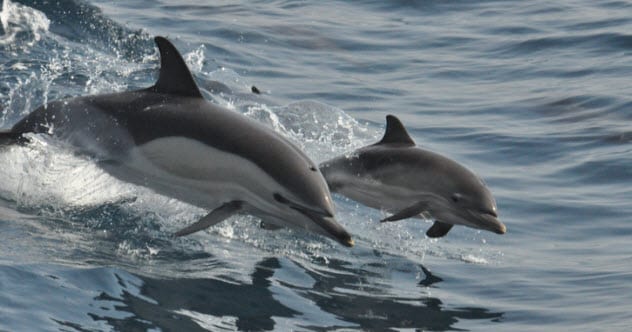 The cetacean communication research changed the way we view dolphins and other marine life. North American fishers along the East Coast would refer to this intelligent species as vermin or herring hogs as they would regularly interfere with the business of the fishermen.[4]

If it were not for Dr. Lilly’s research into the correlation between brain size and intelligence, which led to the whole mysterious and failed experiment to teach dolphins to communicate with us, dolphins probably wouldn’t be considered the most intelligent marine animal today.

The realization about their intelligence caused them to be put on a protection list. Otherwise, the world would be a different place.

6 Margaret Howe Lovatt Lived In Complete Isolation With A Dolphin 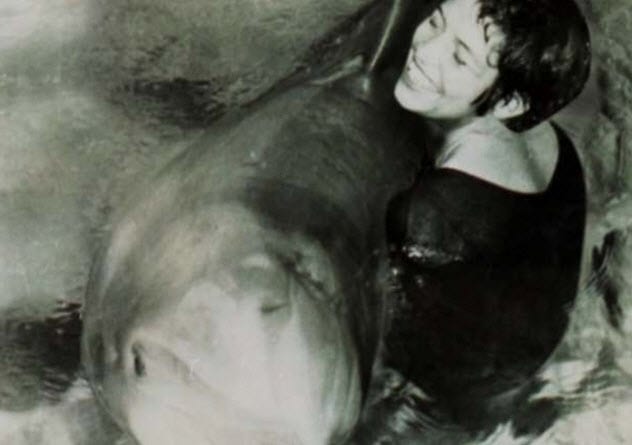 During summer 1965, the upstairs lab and balcony of the Dolphin Point Laboratory in St. Thomas was redesigned and flooded with 46 centimeters (18 in) of salt water to accommodate Margaret Lovatt and Peter, the bottlenose dolphin chosen for the experiment.

A desk where Margaret could work and a foam mattress fitted with shower curtains were suspended from the ceiling. She kept a diary to record her findings. It stated that cleaning was interesting as most of the filth would pile at the bottom of the elevator shaft each morning, making it easy to suck up. Also, cooking was fine as she consumed mostly canned food to limit contact with the outside world.

Lovatt had three main goals during this 10-week experiment. First, she wanted to record notes on interspecies isolation. Second, she wanted to find ways of improving living conditions to make long-term confinement possible. Third, she wanted to teach Peter to speak.

John Lilly noted that bottlenose dolphins were larger and stronger than humans. Although these animals were chosen because their brain size is comparable to that of a human, they would get angry or annoyed when not managed properly. This made 10 weeks the maximum time that two species could survive in isolated cohabitation by Dr. Lilly’s observations.[5]

5 The Dolphin Learned To Speak 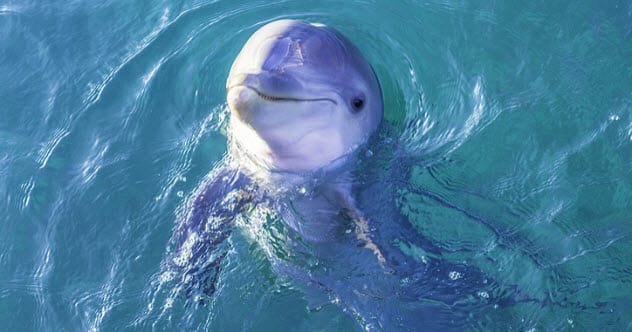 Margaret and Peter lived by a strict schedule. Every morning from Sunday through Friday started with English lessons. To nurture Peter’s skill of mimicking human speech through his blowhole, Margaret decided to paint her face white and use black lipstick to clearly indicate where the sounds were coming from. She encouraged Peter to copy these sounds, including greeting her in the mornings with “Hello, Margaret.”

Dolphins have brains that are highly developed, which involves areas that relate to higher thinking. This allows a dolphin to understand the complexities of language, including how syntax changes the meaning of a sentence.[6]

During the experiment, Peter learned to say many words such as “we,” “triangle,” and “one.” He would reply with “play, play, play” when Margaret would say “work, work, work.” As she had encouraged, Peter also learned to say “Hello, Margaret.” However, it was difficult for Peter to make an “m” sound. Eventually, he rolled over to allow the bubbles to make the sound for him.

4 The Dolphin Made Sexual Advances Toward Margaret

Dealing with a dolphin’s ‘urges’ – The Girl Who Talked to Dolphins: Preview – BBC Four

Peter came sexually of age during this experiment, and he would often have sexual urges at times that Margaret deemed to be inconvenient. Peter would rub himself against Margaret’s hands, legs, and feet. As long as it was not too rough, she did not mind.

Originally, Peter would undergo a long transportation to another pool with two female dolphins to satisfy his urges. However, this process disrupted the lessons so frequently that Margaret eventually decided that it would be more efficient to relieve Peter herself.[7] 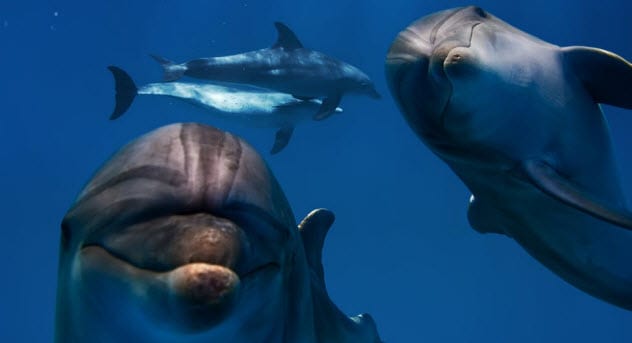 In the Caribbean, Dr. Lilly found that dolphins under the influence of lysergic acid diethylamide (LSD) were 70 percent more vocal. He conducted a variety of experiments in controlled settings which involved putting sober dolphins and dolphins injected with LSD together in a tank. Sometimes, the stoned dolphin was paired with a human, as with the peculiar case of Margaret Lovatt and Peter.

It was noted that the dolphins engaged in all sorts of nonverbal communication. However, the inclusion of LSD established that what was observed during the experiments had no meaning in the verbal sphere.[8]

Although LSD did not seem to make it easier for the dolphins to understand and learn the English language, every step in the process of communication was important. The development of nonverbal communication with the dolphins opened the doors to understanding how these animals interacted with each other and, ultimately, how we could interact with them. It was almost like dolphin sign language. 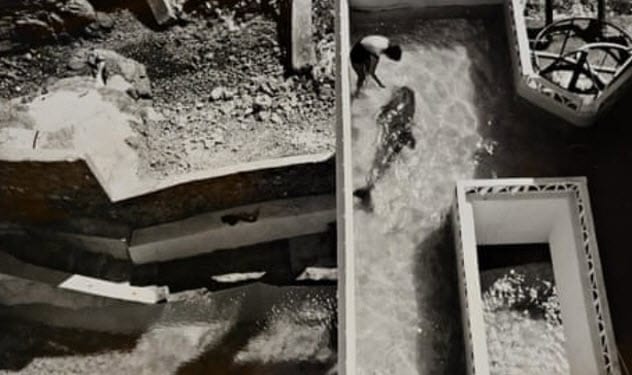 Dr. John Lilly was one of a select group of neuroscientists who was licensed by the US government to research the effects of LSD for potential medical properties. During autumn 1966, Lilly’s interest in the Dolphin Communication Project had decreased and was replaced by a new fascination with LSD.[9]

This had severe consequences on the future of the project as Lilly portrayed a dismissive attitude toward the general welfare of the dolphins in his care. This arrogant disregard ultimately drove away Gregory Bateson, the director of the laboratory.

In turn, this led to a funding cut and the need to transport all the dolphins from the Caribbean to one of Lilly’s other labs, which was disguised as a bank building in Miami, Florida.

1 Peter The Dolphin Dies Of A Broken Heart 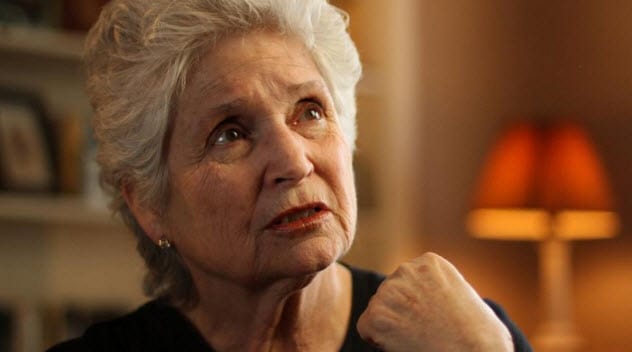 The end of this story is a sad one. After Peter was transferred to his new home in Miami, Florida, he fell into a depression. Some factors included being kept in a small tank with little sunlight. The sudden separation from Margaret Lovatt after a loving and possibly romantic connection had developed on Peter’s part also appeared to take a toll on his mental state. Eventually, Peter committed suicide.

It is understood that dolphins do not breathe air automatically like we do. Every breath a dolphin takes is a conscious decision and effort. In situations like Peter’s where life becomes unbearable, dolphins can decide to call it quits by taking one last breath and sinking to the bottom of the body of water.[10]