Panic over Ebola has reached absurd heights, with people paying far more attention to worst-case scenarios than to likely outcomes. However, mainstream media alarmism looks almost reasonable next to some of the more absurd conspiracy theories currently circulating about the disease. 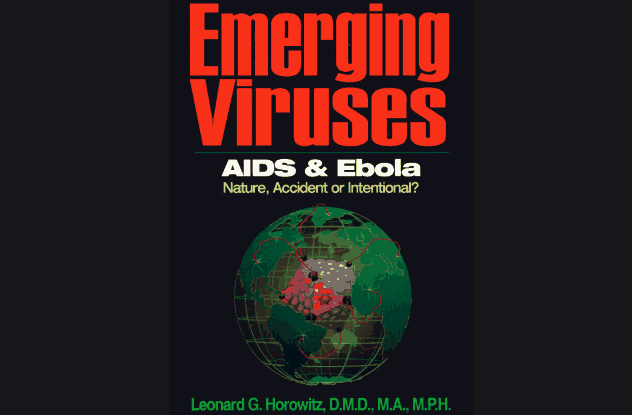 Delaware State University professor Cyril Broderick published a letter in Liberia’s Daily Observer in September accusing the US government of manufacturing the Ebola virus. Broderick alleges that Ebola is a genetically modified organism that America weaponized and tested in Africa under the guise of distributing vaccines. He further names Canada, the UK, and France as being in cahoots with America, with the WHO and the UN somehow involved as well.

For sources, Broderick primarily quotes Leonard Horowitz, an opponent of vaccination who thinks American scientists also invented AIDS. Broderick further quotes some speculative conspiracy theorist article and the book The Hot Zone—a legitimate work of nonfiction that does not actually support his claims.

Delaware State did not fire or discipline Broderick for his wild, reckless claims. The University instead said that the professor has the right to say whatever he wants in his free time. But they made sure to clarify that they do not endorse his letter, and he has no expertise in the subject. 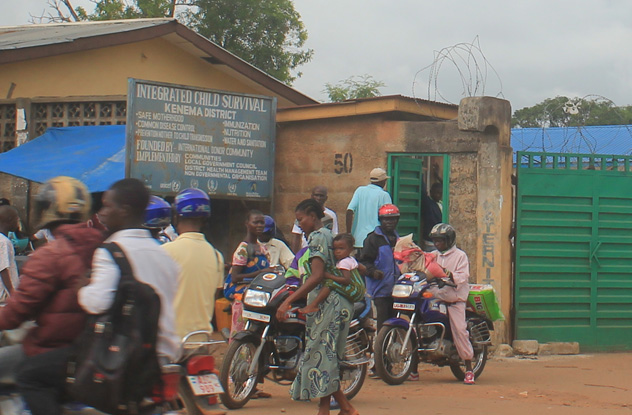 A former nurse caused a violent uprising at a Sierra Leone hospital when a crowd heard her say that the Ebola virus doesn’t exist at all. The outbreak, she claimed, is really just an excuse for doctors to perform cannibalistic rituals at the hospital.

It didn’t take much to convince the crowd. Many in Sierra Leone and surrounding countries naturally distrust hospitals. Most patients and their families choose traditional healers over foreign doctors and nurses. One woman infected with Ebola was removed from a treatment center by her family and taken to a traditional healer. A search for the woman paid off, but on her way to the nearest hospital, she died in the ambulance.

Toward the end of July, the violence escalated as more people started believing the conspiracy. People threated to burn down clinics and treatment centers and remove the Ebola patients by force. At that point, Sierra Leone had the highest number of Ebola patients, and police officers had to stand guard at the main hospital in Kenema. They hurled tear gas into the crowd and accidentally shot a nine-year-old boy.

This incident also led health organization Samaritan’s Purse to stop their outreach to patients in the area. Their health workers had been attacked by community members after they tried to collect a patient. 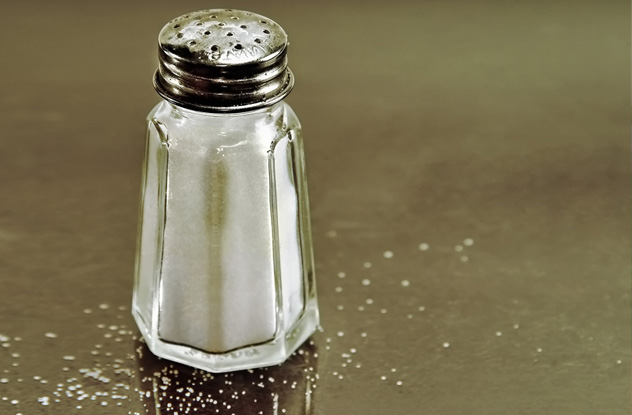 False claims of cures have been making the rounds in parts of Nigeria. One of these cures is drinking saltwater—which, far from curing any disease, can dehydrate drinkers to the point of death. At least four people died of drinking saltwater in an attempt to protect themselves from Ebola. These people had been healthy and lived hundreds of miles from the nearest outbreak.

The World Health Organization issued a statement to warn people against treatments not given by doctors or nurses. They especially warn against believing anything about remedies that are posted on social media platforms. Patients should instead turn to health centers and doctors.

However, again, many in the affected region heartily distrust doctors and dismiss anything they say as lies. One man even told the Wall Street Journal that since he had never seen anyone die before his eyes of the disease, it must be only a rumor. 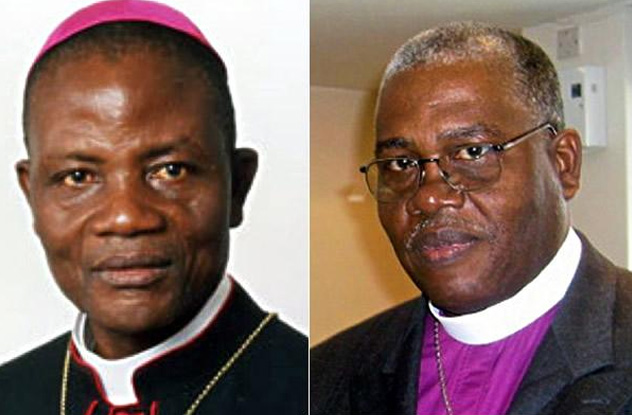 In July, more than 100 Christian leaders met in Liberia’s capital of Monrovia to discuss how to respond to the Ebola threat. After a day’s discussion, the group unanimously declared that God was angry with Liberia and had sent Ebola as a plague to punish its people.

He was punishing them for corruption—for homosexuality, among other things. And the absolute best way for the country to respond would be three days of fasting and prayer. The government should join in the observation, said the group, shutting down for the period.

A Liberian Muslim cleric, Salafia Mosque chief imam Sheikh Salah Sheriff, echoed the sentiments. He blamed the outbreak on such sins as homosexuality, fornication, adultery, armed robbery, general wickedness, and disrespect of the authorities—all grave affronts to Allah. Asked, he conceded that followers should follow medical advice to avoid exposure, but to really defeat Ebola, Liberians had to “begin to fear God rather than the virus.” 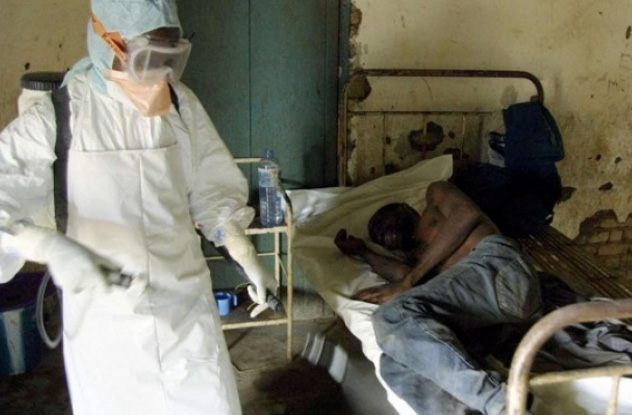 One other rumor infecting parts of West Africa is that Ebola comes from witchcraft. The consequence of this is that people consider Ebola as a total and supernatural death sentence—even though treatment can help stop the spread and sometimes even save sufferers.

For example, when Doctors Without Borders took two sick sisters to an eastern Guinea hospital in July, both totally lost hope. Neither tried to fight the disease. They just lay still and waited for death. But Rose, the 12-year-old daughter of one of the sisters, apparently did not believe in witchcraft. She assured her mother and aunt that all three of them could survive, staying cheerful and ensuring that they all followed the doctors’ instructions. They all did recover, which makes them more fortunate than most.

The other consequence of irrational fear of Ebola is that sufferers become needlessly ostracized. Patients at the hospital, especially children, should ideally receive regular visits from their family. But family members are so scared of the disease that they often refuse to come in, despite doctors’ requests.

At the same time, the persistent belief in witchcraft is putting a serious dent in efforts to stop Ebola in its tracks. Some refuse to get medical help because they believe witches and sorcerers are cursing people and causing them to die. They simply refuse to believe that a virus is to blame for the deaths of patients. 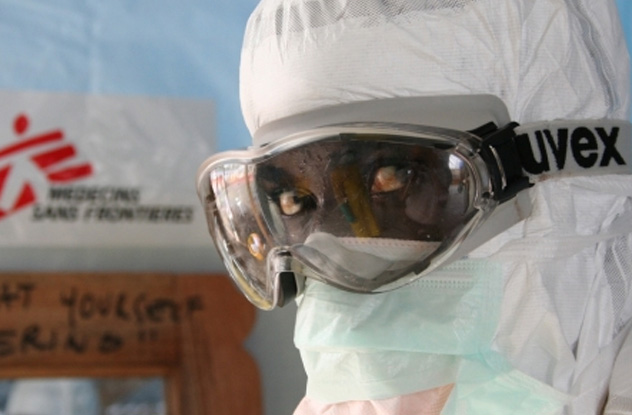 In some villages, people don’t just think that doctors are useless in fighting the disease. They think that the doctors are actively spreading it, so they avoid or even fight doctors who try to help. This irrational fear may stem from incidents where patients went to the hospital for separate medical issues only to be infected by deadly diseases while there.

In extreme cases, villagers have threatened to kill any medical doctor or assistant who comes to treat patients. In the village of Kolo Bengou, Guinea, townsfolk blocked roads with logs to prevent Doctors Without Borders from entering. As a result, the disease spread further.

The persistent rumors that witch doctors can cure the sick also contributes to a lack of faith in real doctors, hampering effective treatment.

4It Started With An Evil Snake 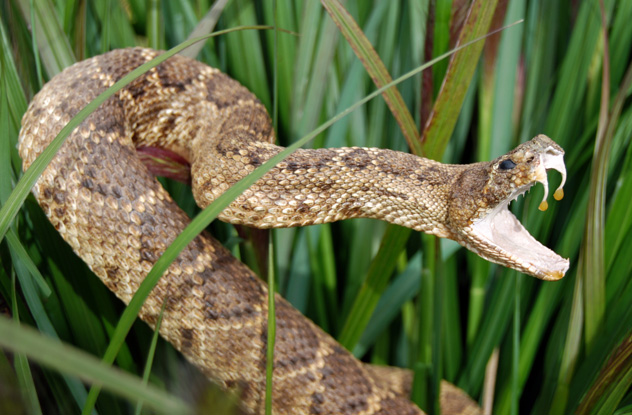 One story tells of a woman with a bag at the border of Guinea and Sierra Leone. Someone opened the bag and saw a snake inside it, and as soon as they looked at it, the woman died. The person who’d opened the bag died next, and the snake slithered off in the nearest bush. And that was how Ebola entered Sierra Leone.

This odd tale is actually consistent with one part of the true story of Ebola. This outbreak is theorized to have started in Guinea before coming to Sierra Leone.

Those who believe in the Ebola snake say that those who show symptoms don’t have a disease at all. They’ve been cursed. 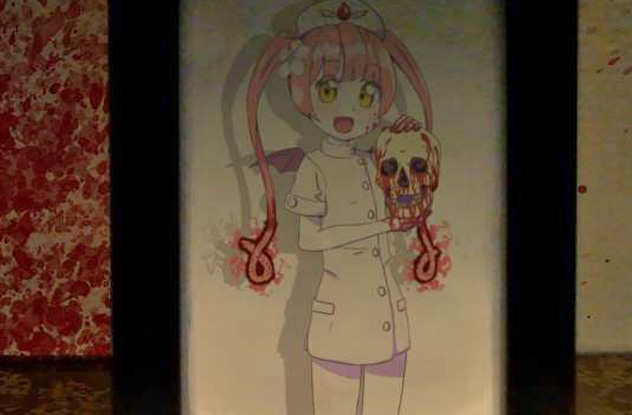 The above image appeared on a Nigerian website in September. Along with it came a story that seems to combine the worst aspects of several dangerous Ebola rumors.

That anime-style nurse holding the skull is named “Ebola-Chan,” said the site. Cults in Europe and America worship her as a goddess. They perform blood sacrifices at altars to Ebola-Chan and eat the hearts of victims, and in return for their patronage, the goddess spreads Ebola throughout Africa. In league with the cult are doctors who manually infect victims with Ebola while pretending to treat it.

The posting did not come from a concerned Nigerian, despite what it claimed. It was from a user of the image board 4Chan, where Ebola-Chan is a meme. When a 4Chan user sees Ebola-Chan, they’re supposed to say “thank you, Ebola-Chan” and joke about the extermination of all Africans.

It’s uncertain if anyone in Nigeria was taken in by the website, but nearly all Internet hoaxes manage to fool someone. 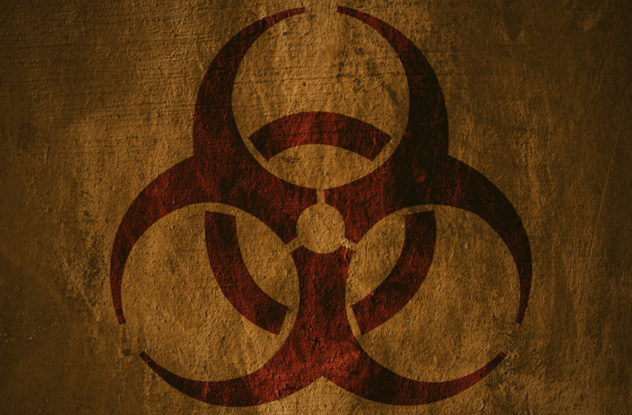 Dr. Peter Walsh, a biological anthropologist at the University of Cambridge, claims that terrorists could build bombs containing a powdered form of the Ebola virus. Such a bomb could kill huge numbers of people in a major British city, Walsh told a UK tabloid. This threat may seem particularly serious in the UK because there is otherwise little reason to expect that the disease will enter the country.

In reality, while bioterrorism is always a possibility, it’s unclear why any terrorist would choose to weaponize Ebola of all diseases. Unlike many diseases, Ebola is neither airborne nor waterborne. It is far less contagious than most other viruses.

1The Ebola Crisis Will Launch The New World Order 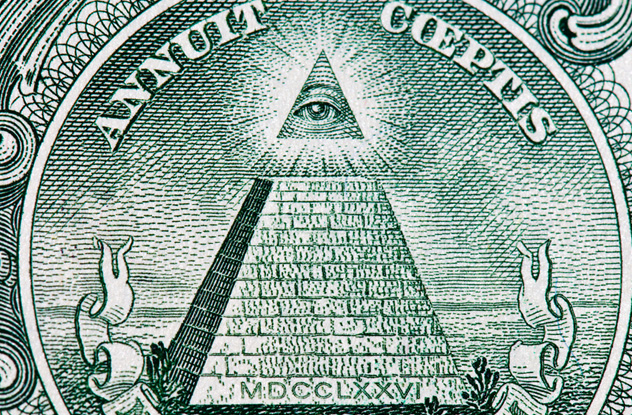 Perhaps the strangest conspiracy theory of them all claims that the New World Order elite created the Ebola virus as a means of depopulating the Earth. The number of people who must die to reach a “manageable population” is a staggering five billion.

According to this insane conspiracy, the New World Order elite have three primary ways of ensuring depopulation. These include famine from unsustainable development, war from artificial conflict, and manufactured diseases. The cure for the diseases will only be held by the elite.

The elite created the Ebola epidemic to depopulate Africa, with the rest of the world their next target. The news that Ebola has reached the US and killed a patient in Dallas only fueled the fire around this theory.

Estelle lives in Gauteng, South Africa. She usually loves conspiracies, but these ones are far too crazy.