The world is filled with unique and vibrant cultures. These traditions and customs have spread throughout local communities and abroad. Some are delightful, but some may be shocking and unorthodox. 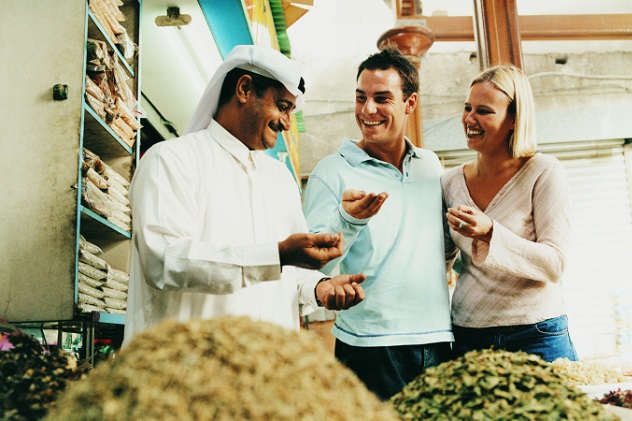 Taarof is the Iranian practice of performing a gesture of respect and deference, although it is generally understood that such a gesture should be refused. For example, in some establishments, it is considered polite for the shopkeeper to refuse payment from a customer of a higher social rank. The customer understands, however, that the proper response is to insist upon paying. The shopkeeper may refuse payment several times before allowing the customer to convince him to accept. This practice can be very confusing to hapless foreign shoppers.

Taarof may also extend to social invitations. It is understood in Iranian culture that an invitation to one’s home, no matter how enthusiastic, is a mere formality. Should the invitee accept, they may inadvertently put their host (who may not have wanted them in their house at all) in a very awkward position. 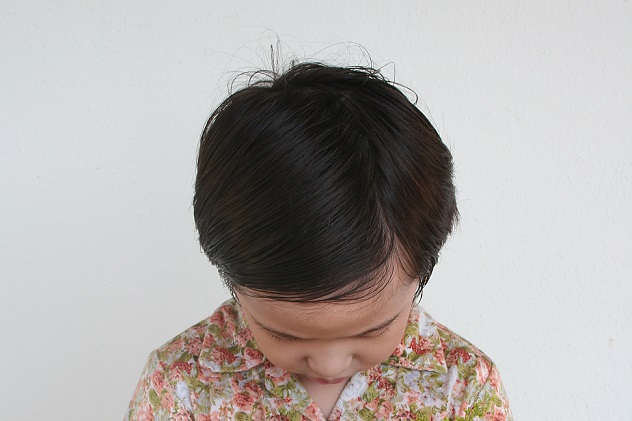 Pagmamano is a gesture that symbolizes respect for one’s elders. It is akin to bowing, with the addition of taking an elder’s hand and pressing it to one’s forehead. The practice is predominantly found in the Philippines and some parts of Malaysia and Indonesia. It is said to have been borrowed from the Chinese centuries ago, when Filipinos began to acclimate to the culture of travelers and merchants. It is quite common at family gatherings to instruct children to ask for a blessing in this manner from their elder relatives.

A similar custom of addressing one’s elders with respect is the use of the words po and opo. For instance, “Ano yun?” (“What is that?”) is a common statement. However, adding po (“Ano po yun?”) signifies respect to the person you are addressing. When an elder or anyone of a higher status asks you a question, you should say opo to indicate the affirmative rather than oo, the common Filipino word for “yes.” In some cases, po and opo are also used as terms of endearment for others of equal stature. 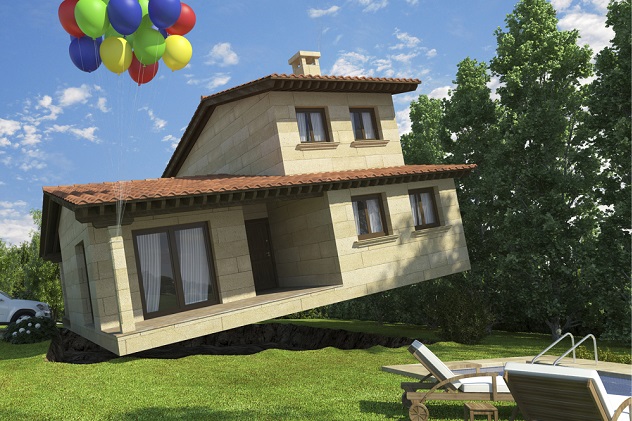 Another unique aspect of Filipino culture is bayanihan, the practice of literally moving an entire home to a new location. The villagers gather to lift up the structures, carrying them over quite a distance. In some cases, it’s done to avoid damage to the home from impending floods or landslides, but it’s sometimes done simply to oblige a good neighbor.

Bayanihan occurs mostly in rural provinces, since the abodes found in these areas are made of lighter materials like bamboo and nipa palm wood. While it does take place in urban areas, it is limited to moving items such as hardware, playground contraptions like swings and seesaws, and basketball courts.

7Henna Weddings And The Blackening 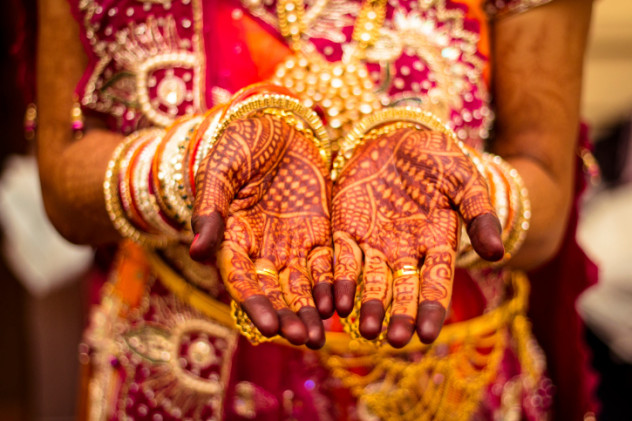 Islamic weddings are steeped in centuries-old traditions and rituals. For one thing, it is generally believed that the best day for the ceremony to take place is on Thursday, since Friday is the holy day among Muslims. Another tradition is mehndi, or “henna,” night. Two nights before the wedding, the bride is surrounded by women from her side of the family, who paint designs on her hands, arms, and feet. This was to symbolize the bride’s entrance to womanhood. Some symbols are also meant to provide luck and fertility for the woman.

While henna night is an artistic and beautiful display, the same can’t be said for a custom practiced in parts of Scotland called “the blackening.” It involves friends of the bride and groom tying the two together in bathtubs, large crates, or behind pickup trucks before parading them through the streets to be pelted by passersby with an array of disgusting material. Feathers, soot, rotten eggs, curry, shoe polish, and mud are just a few of the horrors in which the couple can expect to be covered. This fun-filled tradition is believed to ward off evil spirits, and it also provides a bonding moment for the couple that symbolizes the hardships they are to endure and conquer together. 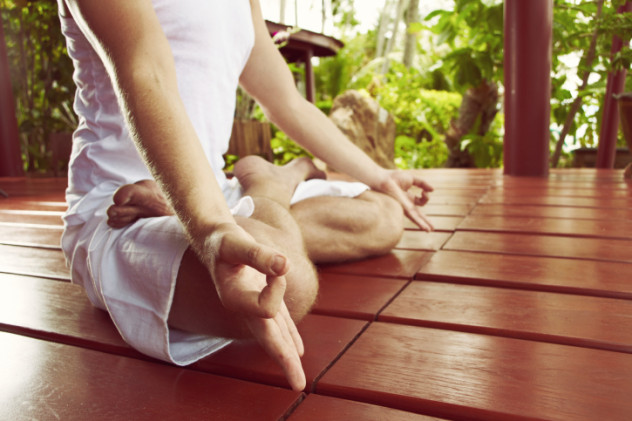 Mudras are seals, marks, or gestures unique to Hinduism and Buddhist cultures, most notably India. No fewer than 500 different meanings can be expressed by the way a person moves their hands and fingers. These movements are believed to allow the individual to control the flow of prana, or life energy, and focus their attention toward a certain goal. They can be seen in statues, paintings, dances, plays, yoga, and meditative techniques.

The gyana mudra, wherein the thumb and index fingers touch while the other fingers extend away from the palm, is said to promote mental clarity and calmness, making it the most popular mudra to use for meditative purposes. The abhaya mudra (simply raising one’s right hand with an open palm and fingers extended straight up) shares an almost universal meaning with other symbolic gestures of various religions and cultures. It’s related to the heart chakra and communicates openness and honest intent. The agni mudra (the thumb touching the middle finger while the rest extend away from the palm) symbolizes fire and is said to aid the digestive process. 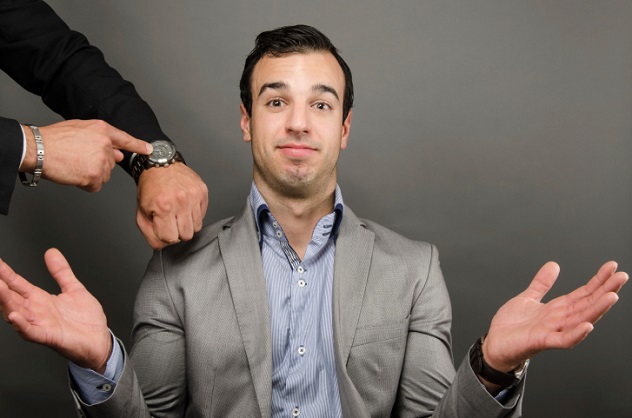 In many parts of the world, arriving late to a social gathering is considered quite rude, but that’s not the case in South America. In Chile, if the host says that dinner will be served at 8:00 PM, guests are expected to arrive around 8:15 or even as late as 8:30. Arriving on time or earlier could mean catching the host unprepared, and the offender will be regarded as “too eager” for a meal. In Ecuador, arriving 15–20 minutes late is also considered being “on time,” and Brazilians consider meeting times “elastic,” showing up whenever they please.

Even parts of the United States have adopted these traditions, because they have attracted large populations of immigrants from these countries who brought their customs with them. For instance, in Miami, it’s more common for dinner to be served late and guests to be less punctual than in other parts of the country.

4Alcohol And The Devil 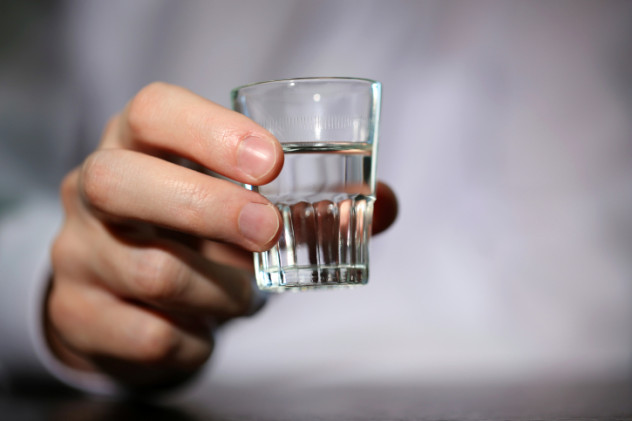 Although stereotypes can be harmful, it is true that Russia is one of the highest-ranked countries in the world in alcohol consumption. The country’s love of vodka is also its leading cause of death, from liver disease and alcohol poisoning to fatal accidents and crimes.

Since it’s such an integral part of their culture, there are many rules of etiquette surrounding drinking in Russia. For instance, you can’t place a glass of alcohol back on the table after a toast—it should be bottom’s up and empty. Arriving late for dinner means that you have to drink a full glass of vodka, no questions asked, as you’ll have to catch up with the rest. Between the first and second shots, there must be no interruptions whatsoever. Lastly, you should never make the mistake of offering a toast with an empty glass. If you do, you’ll have to drink the entire bottle.

Russians also love to swear, but their custom is steeped in superstition. It is said that when you curse another person’s health in a manner without malice, you should spit three times over your left shoulder. This symbolically spits in the eye of the devil, preventing bad omens or a temptation of fate. If the curse is made in writing, you should write the guttural sound, “Tfu, tfu, tfu!”

3Pearly Whites And The Tooth Fairy 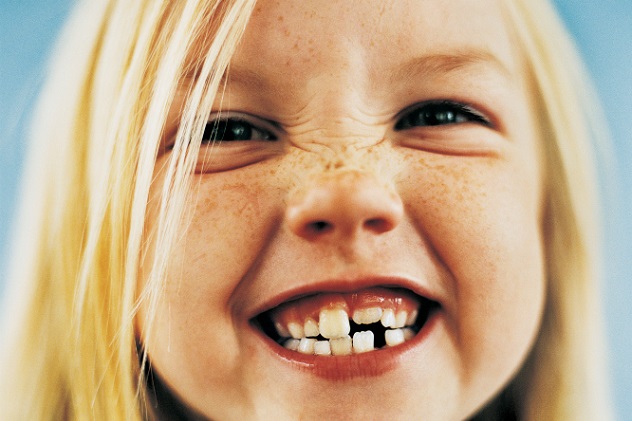 There are several variations of the tale of the tooth fairy. In Denmark, the tooth fairy is called Tann Feen. In many cultures, the mythical figure is actually a mouse, known in France as La Petite Souris, in Spain as Ratoncito Perez, and in Colombia as El Raton Miguelito.

In Greece and Mauritania, a child does not simply leave his tooth underneath his pillow. Instead, children throw it as hard and as high as they can toward the roof of their home. In Greece, this provides good luck and strong teeth. In Mauritania, if there’s a rooster crowing by daybreak, he could keep the tooth.

In Jamaica, children are told horrible tales about a calf that will take them away unless they place their lost tooth in a can and shake it vigorously. The noise is said to drive the calf away. Malaysian children take a more spiritual view of their lost teeth—they bury them in the ground, as what was once part of the body must be returned to the Earth. In Turkey, lost teeth can be used to convey parents’ expectations to their children. For example, if they want their child to be a doctor, they might bury the teeth near a hospital. 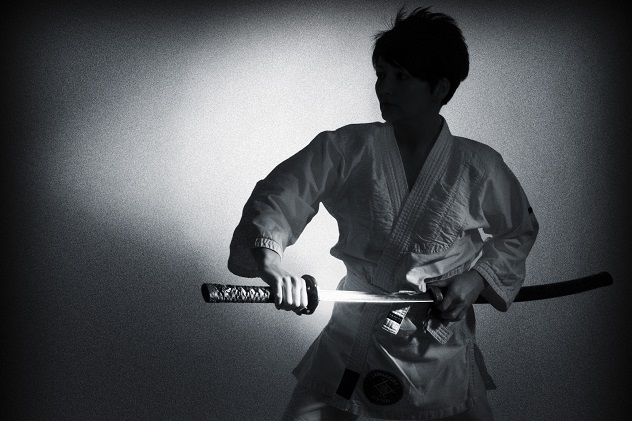 Bushido, the warrior code of Japan, emphasizes strength, loyalty, and integrity. Some analysts and academics have recommended its implementation in the world of business, given the many irregularities that have faced corporations in the past and present. Conducting business inspired by bushido means working effectively and honestly, with the best interests of your superiors and the public in mind.

Seppuku, or ritual suicide as an alternative to defeat introduced by samurai, has a less vaunted reputation. It was particularly vilified in the wake of World War II, when thousands of Japanese soldiers carried on the practice by choosing to take their lives rather than surrender, but it continues to this day in many parts of Asia. Notable instances include the suicides of Yukio Mishima while protesting Japan’s military policies in 1970 and Masaharu Nonaka after he was laid off by his company in 1999.

In Korea, many people feel unbearable guilt and shame in the wake of great tragedy and see no other choice but to end their lives. When the MV Sewol sunk on April 16, 2014 and left hundreds of students dead or missing, the vice principal was so intensely plagued by guilt that he committed suicide.

The haka is a tradition of the Maori people of New Zealand. The spectacle involves menacing facial expressions, grunting, guttural howling, loud chanting, stomping, clapping, chest-thumping, and tongue-wagging intended to strike awe and fear into the tribe’s opponents.

Today, it is most often seen when it is performed by New Zealand’s national sports teams. Their rugby team, the All Blacks, perform the haka on the field prior to a match, as seen in the video above. During the 2014 FIBA tournament, the basketball team nicknamed the “Tall Blacks” performed the haka much to the bewilderment and surprise of their US opponents.

But the haka is more than just a war dance or a challenge for a fight. It can also invoke poetry and art detailing the history and the lore of the tribe, or be used to communicate peace, a welcome greeting, or a show of respect. One example is a moment that occurred after the filming of the Lord of the Rings trilogy, which was filmed on the island and included many local actors. Viggo Mortensen was known for performing many death-defying stunts that earned him the respect of the team, so on his last day of filming, the Kiwi cast performed a haka for him and another crew member.

Jo is fascinated by various cultural traditions across the globe. Do you partake in any unique to your nation? Let him know via email.