After a voyage around the world, Charles Darwin—with a push from Alfred Russell Wallace—came to believe nature was dominated by a system he dubbed “natural selection,” which in turn causes the process of evolution. In short, organisms that live long enough to reproduce pass on their characteristics to the next generation. Organisms that die, for one reason or another, have their characteristics removed from the gene pool. Over time, a buildup of characteristics can produce an entirely new species that is more fit for an environment than its predecessor.

The theory of evolution is largely accepted as fact by those within the scientific community. But those who came before Darwin struggled to explain why life is as it is, and many who came after still refute or refine the theory. 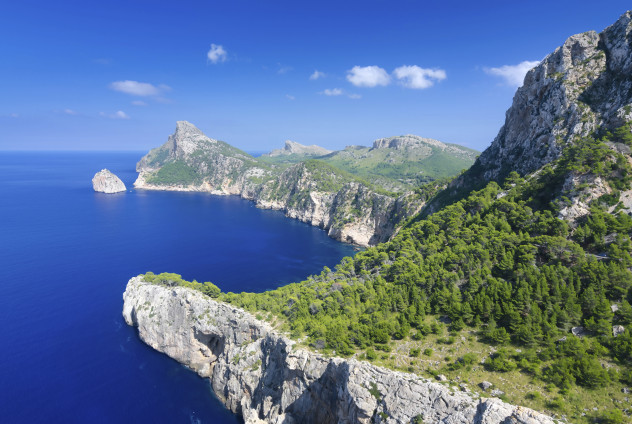 Pre-Darwin (1707–1778)—Carolus Linnaeus was one of the most important contributors in the field of modern biogeography. Linnaeus was responsible for creating the Latin binomial nomenclature—for example, Homo sapiens—still in use today. With it, he classified thousands of plant and animal species.

Like many of his time, Linnaeus assumed that the creation and flood narratives in the Biblical book of Genesis were true. Therefore, any discovery he made or any hypothesis he formed had to conform with that worldview. To accommodate for this, Linnaeus formed the “Paradisical Mountain” idea.

Linnaeus suggested that, at one time, there was a large island mountain on the equator with different stations—biomes—along its slopes. This was the site of creation, and all living organisms were created there exactly as they exist today. As waters receded from island, animals left the mountain to travel to their present-day locations on the planet. This process was repeated following Noah’s flood, this time on Mt. Ararat in Turkey.

Linnaeus was a scientific celebrity in his day, but his Paradisical Mountain hypothesis still faced some opposition. How would animals like penguins survive a trek through the desert to reach their Arctic homes? And why would camels be in one desert but not another? 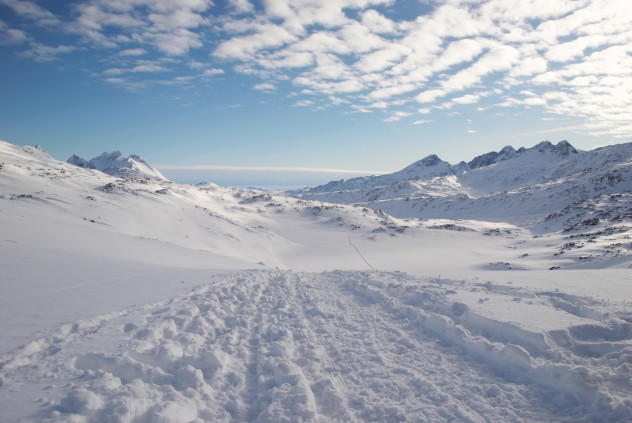 Buffon also noticed that similar, but isolated, regions hosted distinct biota. For example, even though the Arctic and Antarctic have similar climates, there are no penguins up north. This observation became “Buffon’s Law” and is self-evident to this day.

He rejected Linnaeus’s Paradisical Mountain idea and hypothesized that God must have created all animals, as they are, near the North Pole during a warm period, from which they spread down to the rest of the planet. He found this distribution more plausible than a distribution from Mt. Ararat. However, Buffon also thought that organisms were capable of changing organically, but his best idea at why or how was via “organic particles,” components of an environment that acted on organisms to change them.

Pre-Darwin (1765–1812)—Karl Ludwig Willdenow was a German scholar, primarily a botanist. Like Linnaeus, Willdenow classified thousands of species. His herbarium numbered 20,000 specimens at the time of his death and can still be visited today at the Berlin Botanical Garden.

He took the Paradisical Mountain concept and ran with it, suggesting that, while there was only one creation event, there were multiple sites of origin—mountains that were above the sea level during the origin of the Earth and the flood event. Willdenow likely thought of this idea due to his preoccupation with plants. As they’re pretty much immobile, Willdenow probably couldn’t envision distinct plants populating the world from just one location.

Willdenow’s hypothetical mountains each fostered a different biota on the Earth, and when the waters receded, the plants and animals—both of which had been created as they exist today—descended each mountain to produce the different global regions. 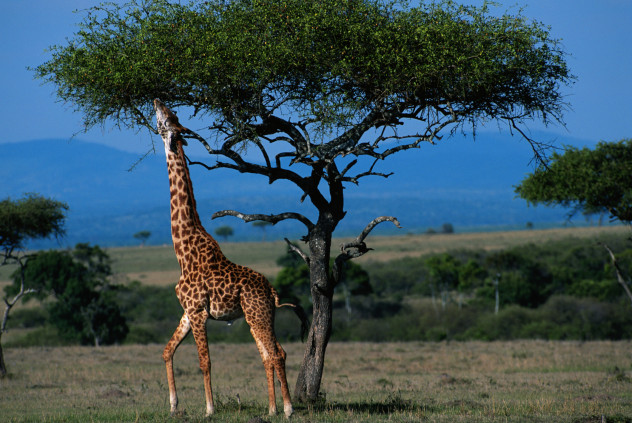 Pre-Darwin (1744–1829)—If you’ve ever taken a biology class, you’ve probably heard of Jean-Baptiste Lamarck. Professors and textbooks love to rag on him just before introducing Darwin, as his ideas about evolution are demonstrably wrong.

Lamarck’s hypothesis on evolution was largely centered on the idea of ”use and disuse.” He noticed that many organisms have vestigial structures, for example, and suggested that animals that use an organ or limb more often will change to accommodate its usage. Attributes acquired during a parent’s lifetime can be passed on to its offspring. For example, a giraffe might stretch its neck out a lot to reach tall branches—its offspring will therefore have longer necks.

The idea of “use and disuse” was a decent working hypothesis before Mendelian genetics showed up, but there are some obvious holes in the concept. For example, your parent might have lost his or her leg in a car accident—this doesn’t mean you will be born without a leg. Or, your parent might have been particularly obsessed with forging the perfect bicep—yet you will not automatically be born with big muscles.

Lamarckian evolution inspired Soviet horticulturist Ivan Michurin, who in turn inspired Trofim Lysenko and Joseph Stalin to apply Michurinism to Soviet agriculture. It did not go well, but it still took 20 years to get rid of it. 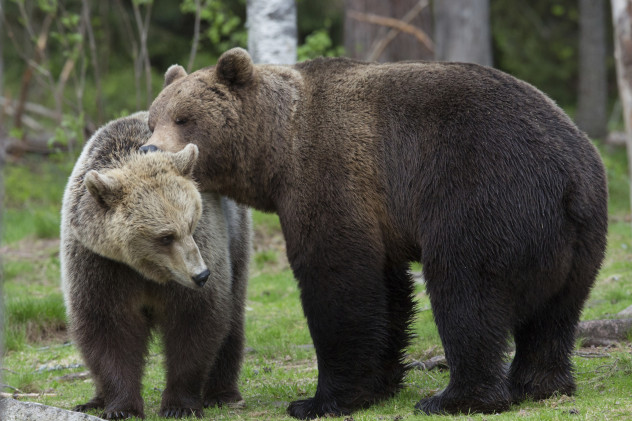 Post-Darwin (2011)—”X-Evolutionist” is a Christian blogger with a very specific agenda, as you can probably tell by her username. She does not have the same academic credentials as the other members of this list, but her own ideas about evolution challenge our assumptions about species classifications.

X-Evolutionist suggests that there are a number of basic animal forms on the planet, such as cat, bear, or dog. Humans can look different in response to the environment they live in, yet we are still all the same species, capable of reproduction. X-Evolutionist applies this logic to other animals. Dogs, wolves, and coyotes, she argues, are all actually the same animal, since they can interbreed—they just look different in response to their environment. The same idea applies to bears—polar, grizzly, or black—as well as lions, tigers, and elephants.

It’s a well-thought out idea, since many species and subspecies are, in fact, capable of sexual reproduction. X-Evolutionist also uses this idea to argue against protecting endangered species because she thinks no form can be completely destroyed. 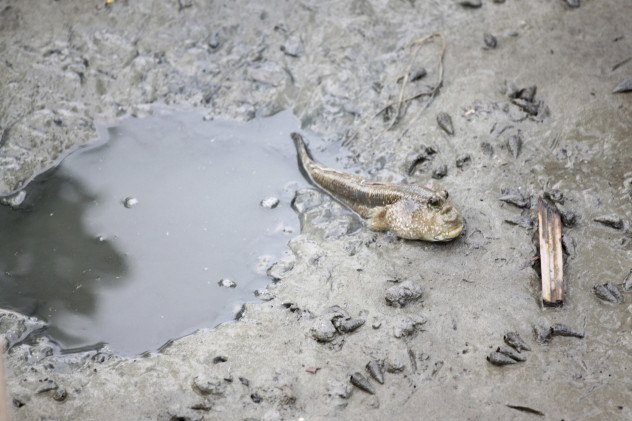 Pre-Darwin (610–546 B.C.)—Anaximander was an Ionian philosopher. In stylish Greek fashion, Anaximander summarized his findings and views of the natural world in a lengthy poem called “On Nature.”

To many scientists looking back, Anaximander’s ideas about the origins of life seem somewhat like proto-evolutionist theory. Anaximander suggested that the Earth was originally made of a formless substance called apeiron, from which the Earth began to take shape. Organisms, like plants and animals, began to appear from mud, and the earliest animals were fish, from which humans emerged.

Besides his poem, Anaximander also attempted one of the first maps of the world and dabbled a bit in astronomy. Most of Anaximander’s work, however, is lost to history—there’s no way to know if he studied any fossils, or how much of “On Nature” is rooted in actual natural observations or just the fanciful mythology of the day. 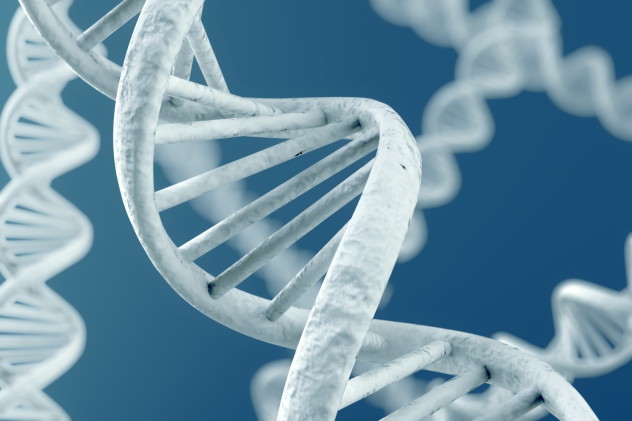 Post-Darwin (first suggested in the 1960s)—Natural selection is best understood by most biologists as working at the population level of organisms—especially by Darwin, since he had no concept of genetics. In the 1960s, some biologists began to suggest that natural selection might be better understood as working at the level of the gene. This idea was popularized by famous biologist Richard Dawkins and his book The Selfish Gene in 1976.

The gene-centered view of evolution argues that every gene in an organism is competing with another version of the same gene—i.e., alleles. In other words, genes, acting largely individually, use the bodies of larger organisms—a dog or a tree—to further their own survival. It’s inappropriate to think of evolution at the level of an organism, argues Dawkins, because that assumes that all the genes within an organism are cooperating instead of competing.

A gene-centered view of evolution makes sense in light of the popular idea of life originating in a primordial soup. It has plenty of objections, though, like the fact that some reproducing populations do not swap alleles, and that some alleles are dependent upon others for survival. 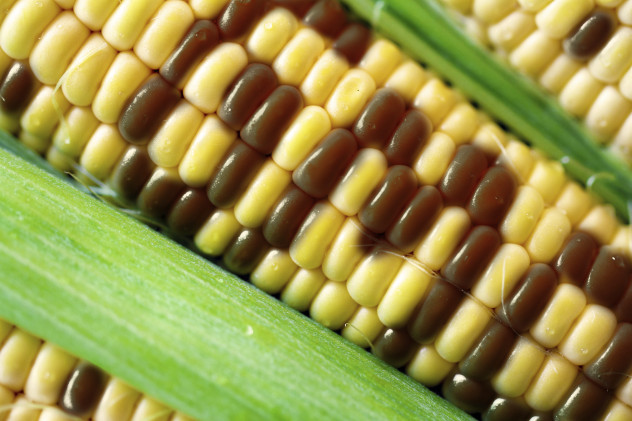 Post-Darwin (first introduced in the late 1960s)—Motoo Kimura was an esteemed Japanese biologist who studied in both Japan and the United States and authored hundreds of papers. Kimura helped advance biological concepts of migration, genetics, and natural selection. Perhaps his most prevailing idea is that some evolutionary changes at the molecular level don’t always serve an actual purpose—or are just neutral—in an organism’s struggle for existence. This concept came to be known as the Neutral Theory of Molecular Evolution.

2 ‘The Struggle For Existence’
Al-Jahiz 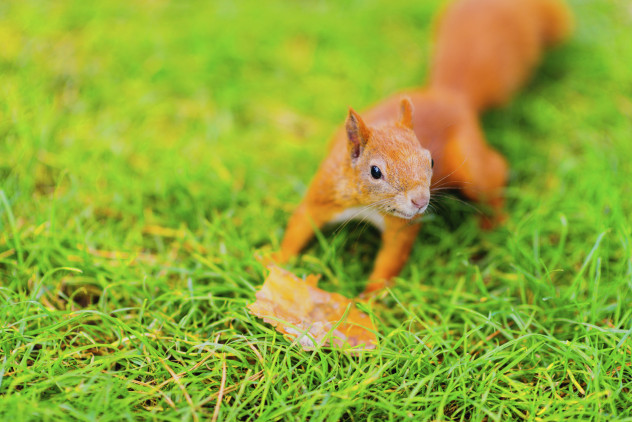 Pre-Darwin (776–868)—Al-Jahiz was an Islamic scholar who wrote on a variety of subjects. One of his best known surviving works is his Book of Animals, in which he expressed biological observations that were very similar to Darwin’s theory of evolution.

Al-Jahiz explained his ideas in three parts: The Struggle for Existence, The Transformation of Species, and Environmental Factors. Al-Jahiz said that every individual is, in some sense, at war with another for life. Environmental factors help organisms gradually develop new characteristics, even becoming different organisms entirely, which allows them to better compete in the struggle for existence.

If Al-Jahiz is not a precursor to Darwin, he is at least a precursor to Lamarck. The main difference is that, as a devout Muslim living in medieval Iraq, Al-Jahiz postulated that God was the one shaping life and God’s will is more of a factor in evolution than anything else. 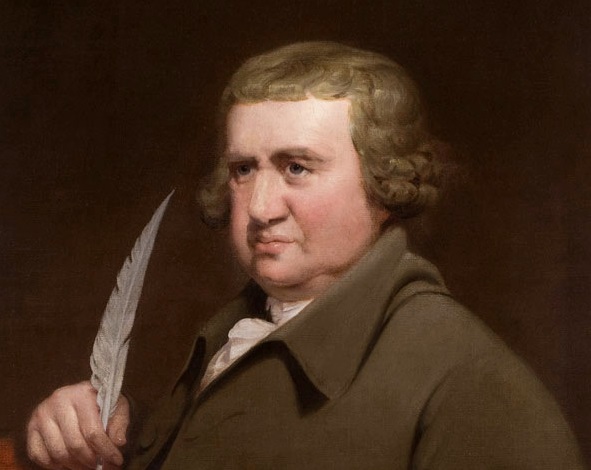 Pre-Darwin (1701–1832)—Considering how wayward and hapless the young Charles Darwin was, it might come as a surprise that his grandfather, Erasmus Darwin, was one of the intellectual powerhouses of the 18th century. He was not only a naturalist and botanist, but also a physician, philosopher, and poet. Like Anaximander, Erasmus wrote some of his natural observations in verse. Erasmus was exceptional in that he used an integrative approach to observing life. He looked at both domesticated and wild animals, studying paleontology, biogeography, embryology, and anatomy.

Erasmus hypothesized that life originated from a single common ancestor, but struggled to explain how species could evolve. Despite never being aware of Lamarck or his work, Erasmus’s ideas about “use and disuse” were largely similar to Lamarckian evolution. However, Erasmus also foreshadowed his grandson’s theory by expanding beyond ideas of “use and disuse.” He suggested that animals could also change as a result of sexual selection and competition. 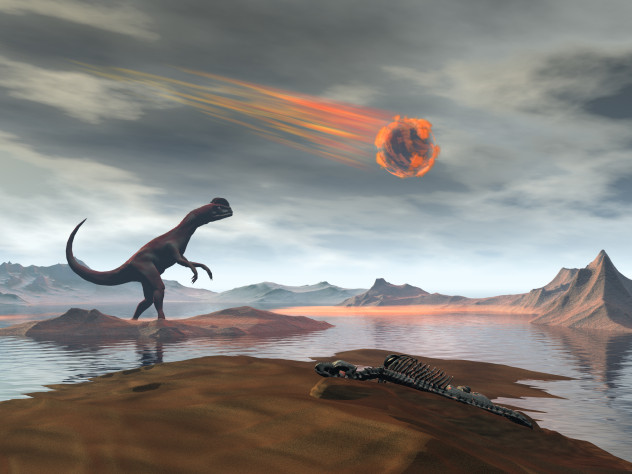 Post-Darwin (first suggested in 1972)—Although we’ve mentioned punctuated equilibrium before, it’s too important to leave off a list about evolutionary thought. Darwinian evolution postulates that evolution is a gradual process, in which species accumulate a variety of new traits slowly before becoming a new species.

In contrast, punctuated equilibrium suggests that life usually remains constant, and then, in a short period of time, evolves rapidly in response to a drastic event. Many within the scientific community accept punctuated equilibrium as an improvement or succession to Darwin’s theory, as it fits more conveniently with the fossil record and can even be observed in action.