A large part of the reward from achieving something truly astounding is the plaudits from peers and the public. However, many achievements have either been forgotten in the sands of time or were simply not recognized as fully as they should have been by contemporaries. 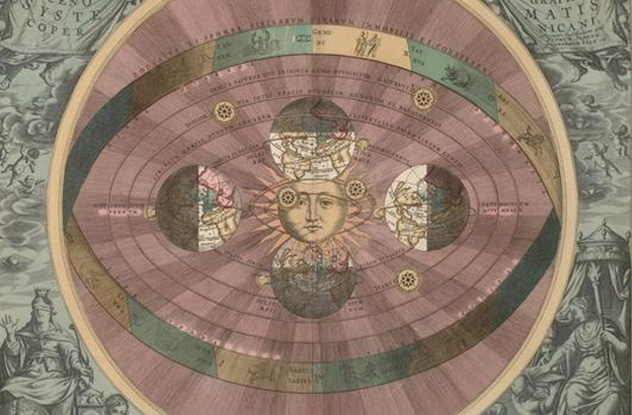 Schoolbooks teach us that Copernicus was the first man to say the Earth was actually not the center of the universe. The famed mathematician changed the way we thought about astronomy by devising a version of the universe where the Sun instead lay at the center. While there were inaccuracies in this line of thinking, it is generally accepted that he opened the way to increased understanding of the universe thanks to this original concept.

The uncredited discoverer: Aristarchus of Samos
The concept was, in fact, not so original. The Greek philosopher Aristarchus of Samos came up with the same concept more than 1,500 years before Copernicus. Unfortunately for him, his radical ideas about the planets orbiting the Sun directly contradicted Aristotle’s theory that all objects were attracted to the center of the Earth.

Aristarchus came to the attention of Archimedes, with a passage in The Sand Reckoner discussing the ideas with the respect that they deserved. However other contemporaries were not so charitable, and the idea was eventually discarded by the leading thinkers of the day. 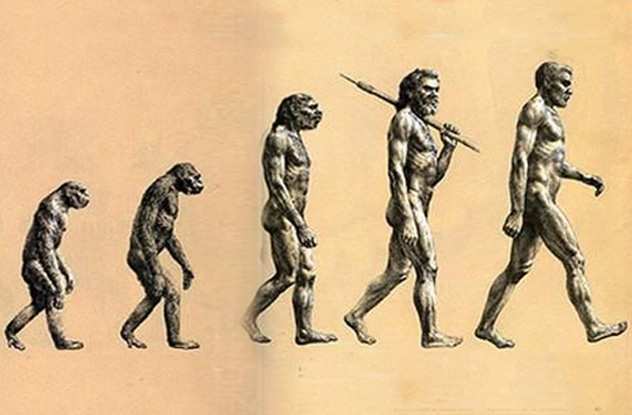 When Charles Darwin published On The Origin of Species in 1859, he laid the foundations for the theory of evolution. The book was revolutionary and altered the way we think about nature on this planet. Controversy still exists relating to many of the specifics proposed in this book, but Darwin’s work forever changed the course of scientific study into nature.

The uncredited theorist: Alfred Russel Wallace
Alfred Russel Wallace was an explorer and noted geographer. While his work garnered a certain amount of respect from his contemporaries, he also came up with the theory of evolution via natural selection entirely independently of Charles Darwin.

At the time, Russel and Darwin worked quite closely, with Russel providing samples from his travels for Darwin to use as evidence for his upcoming book. This led Russel to propose his own theory regarding evolution that was nearly identical to Darwin’s. Though this was recognized during the time period, posterity has not been so kind to Russel. His name is often lost in the shuffle, thanks in part to the emergence of the Darwin Industry that first made an appearance in the 1960s. 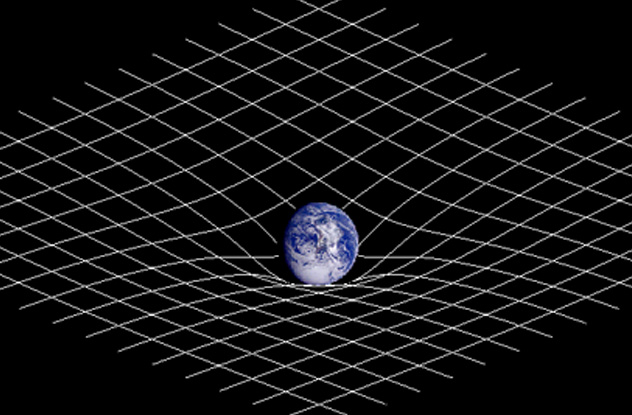 In 1905, Einstein revolutionized physics with his special theory of relativity. He did it again when he demonstrated his general theory of relativity in 1915. Both explored Newton’s concepts in relation to the laws of motion and gravity, demonstrating that Newton’s ideas specifically failed to hold up in the presence of particularly powerful gravitational fields. Since its inception, the theory has seen diverse practical use, from the atomic bomb through to modern-day GPS systems. Einstein became a household name.

The uncredited mathematician: James Clerk Maxwell
James Clerk Maxwell was one of the foremost mathematicians of the 19th century. His work on electromagnetism created the foundation on which Einstein’s theories were built, a fact Einstein himself was quick to recognize. It has been theorized that, if he’d lived past the age of 48, Maxwell may well have gone on to develop his theories to the same conclusions Einstein reached following Maxwell’s death. Unfortunately, despite his enormous contributions, Maxwell’s name is almost unknown outside of the scientific community. 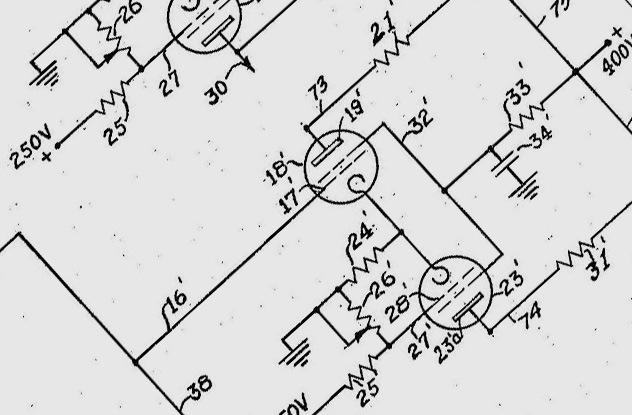 There has been much debate over the identity of the first video game. Pong was the first commercially available video game and launched a revolution that has seen the industry become enormously successful in the modern age. Alternatively, Tennis for Two may deserve the honor—despite never seeing a general release to the public, it was still the first device to simulate a game on-screen, and it did so long before Pong arrived at the party.

The uncredited inventors: Thomas T. Goldsmith Jr. and Estle Ray Mann
What doesn’t tend to get mentioned in the debate is the cathode ray tube amusement device. This machine let players control a light beam from a cathode ray tube using a knob. The player was tasked with lining the beam up with an object on the screen, often added using an overlay sheet in a similar fashion to how the Magnavox Odyssey operated.

Goldsmith and Mann’s device received its patent in 1948, a full decade before the creation of Tennis for Two and almost 24 years before Pong made an appearance. Yet the device is rarely credited as the first game by any but the most dedicated gamers. 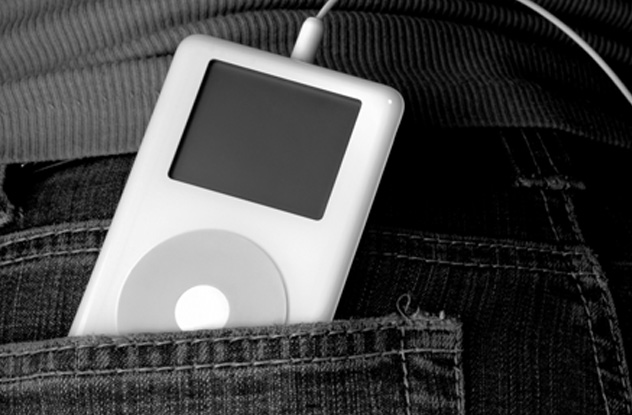 Digital music has been a revolution, changing the industry forever and giving you an entire library of songs at your fingertips. It all started with the MPMan F10, released by Saehan Information Systems in South Korea back in March 1998. A little over three years later, Apple released the very first iPod. Though a wide array of digital music devices are now available on the market, Apple has since become almost synonymous with the creation and popularization of digital music devices in the mainstream consciousness.

The uncredited inventor: Kane Kramer
In truth, neither company can be credited with coming up with the concept behind digital music devices. Much of that credit belongs to Kane Kramer, who created the theory relating to downloading and storing music files in 1979. He has since been rewarded by Apple with a position as a consultant in recognition of his work. But to the millions who use the devices that were created using his concepts, his name remains totally unknown. 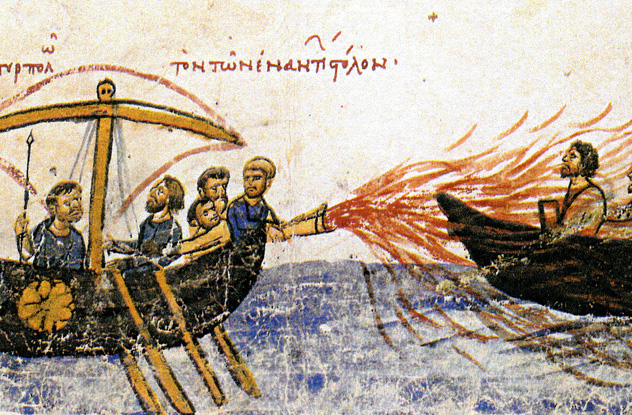 The creation of the first modern flamethrowers is generally credited to Richard Fiedler, who submitted designs for two variants of the weapon to the German military during the early 1900s. The Germans debuted them around 1915, and every nation involved in the First World War soon had its own variant.

Dubbed “Greek fire,” the weapon was used by the ancient Byzantine Empire to cripple opposing ships. A tube-like device delivered both the fuel and the flame that would ignite it, creating the flamethrower effect that would later become so famous. 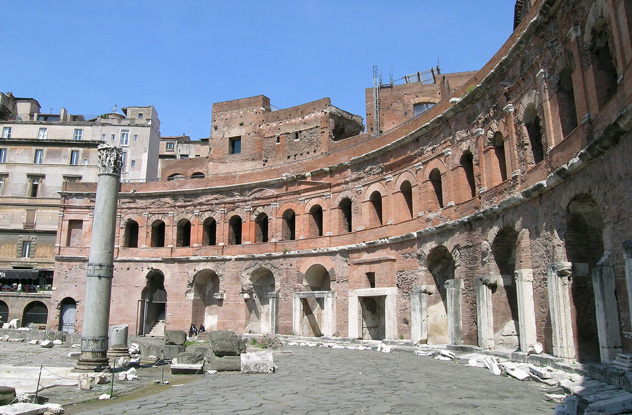 The shopping mall is generally credited to Victor Gruen, who was instrumental in designing and building the first mall in 1954. Gruen later came to hate his invention. Malls moved from his original idea of an urban community hub and became dens of consumerism.

The uncredited inventor: Apollodorus of Damascus
In addition to his work with flamethrowers, Apollodorus of Damascus is also believed to have developed a concept very similar to the one Victor Gruen hit upon many centuries later. Apollodorus worked as the architect of Rome’s famed Trajan’s Market. The building encompassed a range of market stalls and covered shops in addition to apartment buildings, making it the first true urban hub. The ruins of the market and the Trajan Forum can still be seen to this day, but Apollodorus is rarely mentioned when discussing the modern shopping mall. 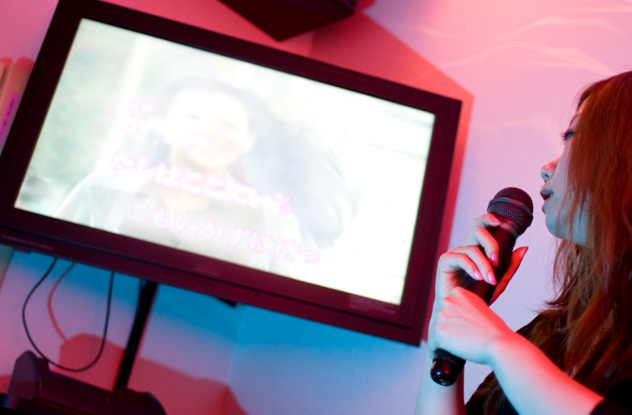 Karaoke is an enormous business in Japan. In 2010, the industry reportedly raked in more than €8 billion (nearly $10 billion), not even counting international figures. It is the single most profitable leisure activity in Japan, and there’s no patent on the karaoke concept, so any company can get involved if they have the know-how.

The uncredited inventor: Daisuke Inoue
There’s no patent because the man who invented the concept and the first machines failed to apply for one.

Daisuke Inoue was a drummer in a band that made its money in the 1960s by providing backing music for drunk Japanese businessmen. One of these customers asked Inoue to play for him during a trip. Inoue was unable to leave his job and instead offered the man a tape of the band’s accompaniment. One rendition of a Japanese ballad later, and the karaoke concept was born.

Unfortunately for Inoue’s bank account, he failed to capitalize on the idea despite developing 11 more machines and renting them out to bars and clubs. His failure to secure a patent allowed other companies to move in and develop their own variants of the machine. Inoue later distanced himself from the industry. 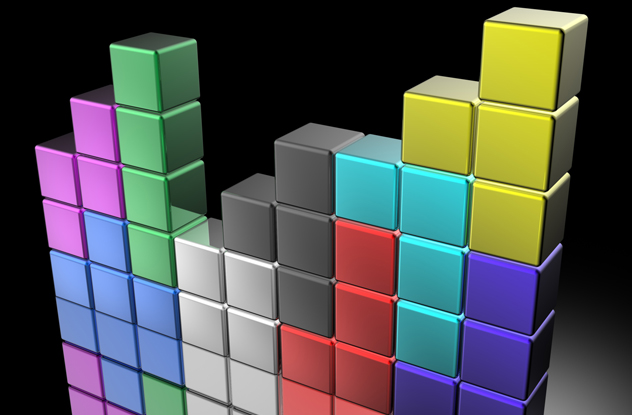 Tetris is one of the most iconic video games of all time. During the peak of its popularity, millions of copies were sold on a range of different computers and consoles, including an astonishing 35 million copies on the Gameboy alone. The game is one of the major reasons that handheld gaming came to be seen as legitimate, and it is still played around the world to this day.

The uncredited designer: Alexey Pajitnov
Tetris was invented by Alexey Pajitnov while he was working for the Soviet Academy of Sciences. It was intended as a simple distraction from the working day for himself and his colleagues. Legend has it that the game became so popular around the Computer Center in Moscow that staff had to be prevented from playing it as it was getting in the way of work. The Soviet government capitalized on this level of addictiveness, releasing the game commercially in 1984.

Since he developed the game during the era of the communist Soviet Union, Pajitnov could not claim the patent for it. Instead, between the years of 1986 and 1996, the game was owned by an organization called ELORG. Pajitnov didn’t receive a penny in royalties from sales.

Yet Pajitnov did eventually gain the rights back to his game. Though he missed out on the glory years, he displays a surprising lack of animosity over being cheated out of millions. 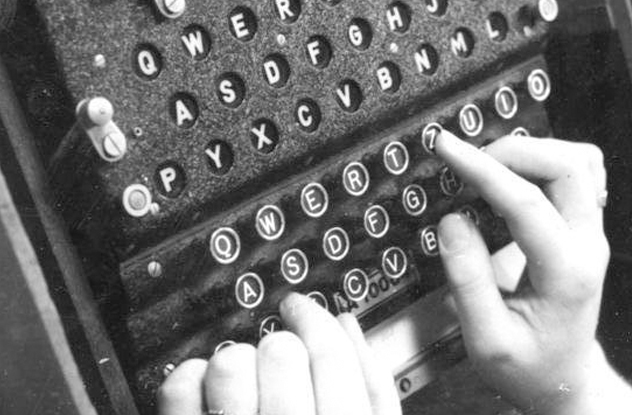 The Enigma machines were a set of mechanical cipher devices used by Germany after World War I. During World War II, the Allies secretly built their own electromechanical devices to decipher messages encrypted using Enigma machines. By intercepting the communications, they were able to anticipate the movements of German U-boats, gaining a major advantage.

The uncredited code breaker: Alan Turing
Unlike many of these examples, Turing is famous today, both for his work in Enigma cryptanalysis and his wider advances in mathematics. The mathematical work gave birth to the entire concept of computer science. His work on artificial intelligence and programming formed the foundation of the computer age. His Turing Test is still used to determine a machine’s intelligence and behavior compared to a human.

However, his story had an unhappy ending, and only in recent years did the man gain the plaudits he deserved. Turing never received personal credit for cracking the Enigma code, as the work had to remain secret to ensure the Allies could continue to use it. Then his treatment following the war is truly heartbreaking.

Turing was gay and lived in the early 1950s in Britain. His lifestyle was still illegal in the country when he called police to investigate a break-in at his home and admitted to a previous relationship with the suspected culprit. Turing was convicted of gross indecency in 1952, and he was barred from continuing his work in cryptography as a result. He committed suicide on June 7, 1954 using cyanide, and he did not receive an official royal pardon until December 2013.

Lee Price is a writer for 411mania.com and Starburst Magazine, which is published in the UK. He is currently working as a freelance writer and spends far too much time browsing the web. He hopes to one day fund his addiction to video games by writing about video games.