We’ve all seen Star Wars, Star Trek, and Doctor Who. Consequently, we’ve all wished we could have a hoverboard, laser gun, lightsaber, and, well, everything else. Inevitably, the reality set in that our cars won’t fly, the doors at the supermarket only open because of motion sensors, and we’ll never be able to vaporize our bosses.

What you may not have realized, however, is that many “sci-fi” technologies already exist in some form or are being developed. We’re not saying you’re a year away from beaming up to a starship for a quick cruise over to Mars for your semiweekly Djem So class. Nevertheless, you might recognize the following ten technologies. 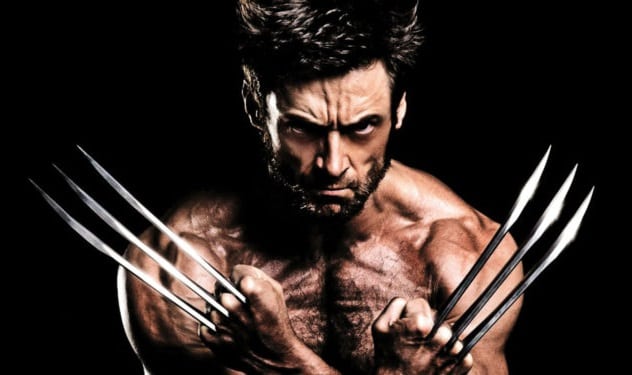 Seattle-based company Modumetal has successfully harnessed the process of nanolamination, in which the electric field which moves metallic ions into place can be controlled to determine exact placement of said ions. Researchers have been able to use this system to deposit layers of metal upon each other. This helps to account for any microscopic faults in the metal, making corrosion and cracking nearly impossible.

Using this technique, Modumetal has successfully created a new class of metal both low in cost and extraordinarily strong. Metals such as steel, known for their strength and resilience to corrosion, bending, and cracking, can be made as much as ten times stronger.[1]

This metal will likely see use in oil rigs, bridges, armor, building infrastructure, and other applications where steel is typically chosen. Due to its resistance to corrosion, oil rigs exposed to many corrosive chemicals will become safer, cheaper, and longer-lasting. Bridges, buildings, and other structures will also employ this new type of metal. 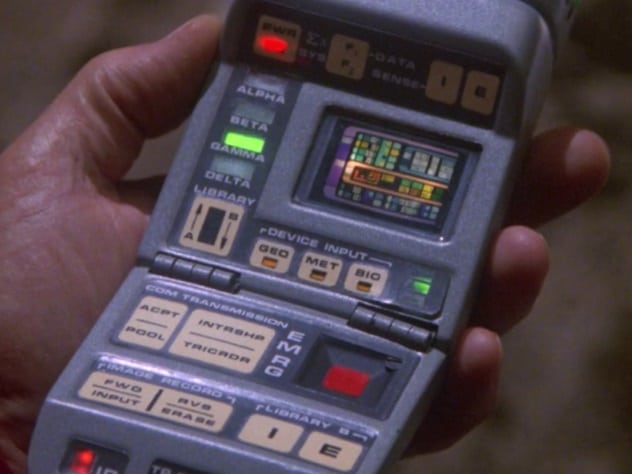 In 2011, the X Prize Foundation, sponsored by Qualcomm, announced that it would award $7 million to any team that could develop a real-life tricorder, the scanning device prominently featured in the Star Trek franchise. Specifically, Qualcomm is interested in replicating the tricorder’s medical diagnostic abilities. A winning device would have to weigh less than 2.3 kilograms (5 lb), continuously record and show the body’s five main vital signs, and be able to diagnose 12 ailments as well as the absence of any medical problems.

No team managed to create a tricorder that met all of the above requirements, but in April 2017, two were awarded $2.6 million and $1 million for their devices, which came close. Both tricorders are capable of monitoring vital signs and aim to diagnose nine medical problems or a lack of health issues.[2] Even if they didn’t get their makers the grand prize, they still offer capabilities previously only seen in hospital rooms or ambulances in a much more accessible format.

The idea behind the tricorder contest was not to produce a medical instrument intended for the hands of first responders or doctors but rather a consumer-grade device, meant to be used in one’s home, vehicle, or office. By being constantly aware of one’s health status, any condition which may arise can be treated much more promptly. This implies that these tricorders have the potential to save millions of lives. Exoskeletons are just what they sound like—machines attached to the exterior of one’s person to provide additional strength, speed, and functionality. You may have seen them in video games and films, sometimes labeled “power suits” or “exosuits.”

Exoskeletons have come a long way. In the 1960s, the first true powered exoskeleton was made by General Electric and driven by hydraulics and electric power. However, the machine was very large and deemed impractical for military use.

Decades later, exoskeletons are no longer fictitious. Globally, exoskeletons see usage by a number of wealthy warehouse and manufacturing companies, especially in cutting-edge nations such as South Korea. In 2017, it was estimated that several hundred were in operation for various purposes around the world.[3]

Modern exoskeletons can enable one person to achieve what several previously couldn’t. They have allowed disabled individuals to find abilities beyond what they could ever have imagined. Looking forward, institutions such as the police, EMS, military, and medical clinics hope to employ the power of exoskeletons in their ranks. 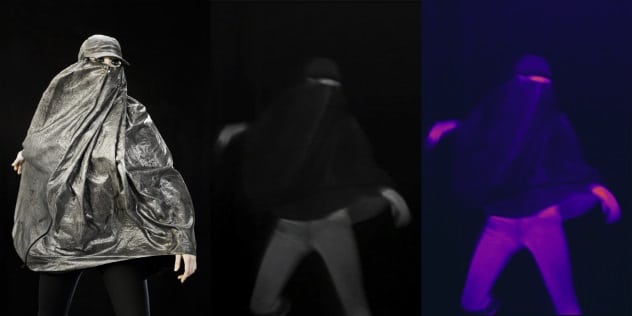 From Harry Potter to Lord of the Rings to cutting-edge military technology, the concept of invisibility has been a topic of interest for decades. The idea that one could be rendered indiscernible or even unseen to the eye or surveillance is one that has spawned much discussion.

Adam R. Harvey’s startup, Stealth Wear, presents itself as an answer to the rising surveillance and invasion of privacy in the modern world. Using both cutting-edge technology and traditional Islamic fashion, Stealth Wear promises to hide the identity of an individual from thermal cameras. The garments are crafted from a synthetic fabric capable of reflecting thermal energy, reducing the wearer’s chances of being identified by thermal seeking devices.[4]

In tests using FLIR (Forward Looking InfraRed) cameras, it was found that individuals wearing the clothing emitted little to no thermal signature and that their faces became entirely indiscernible. Is this the future of privacy, or is it just what criminals are looking for? 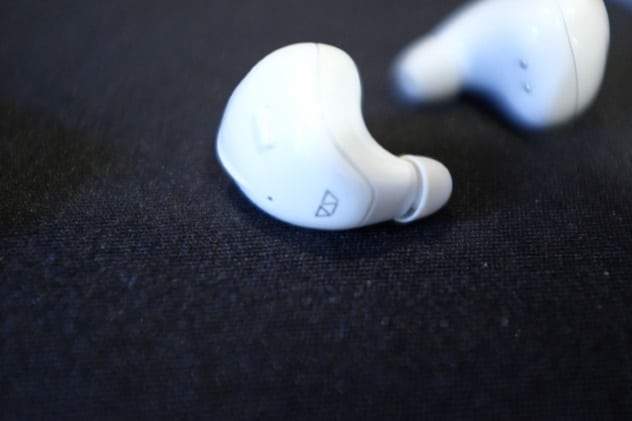 Imagine that you plan to journey to a foreign country, but you don’t have the time to learn a complicated, difficult language. Rather than investing lots of money and time into learning a language, consider a device such as Waverly Labs’s Pilot Earbuds. These earbuds come from a startup which raised more than $4 million in crowdfunding.[5]

The premise is simple—the devices hear incoming words, detect the language, translate them, and relay them into your ear via computerized speech. This allows you to communicate in real time using your native language, especially if the other person knows yours.

The devices are available for $249. Given the investment of time and money necessitated by a traditional language course, this price could be worth considering. However, the devices compete with Google’s Pixel Buds, which cost $149. (Some claim the Pixel Buds aren’t as effective.) 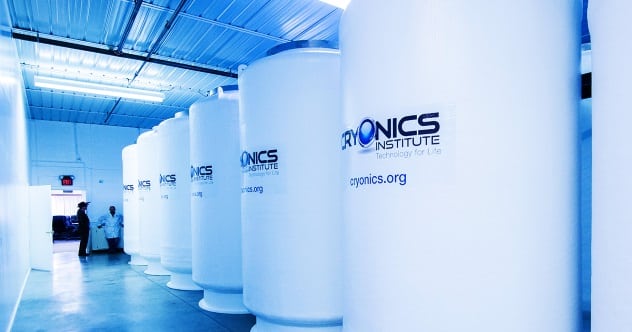 The ability to cryogenically freeze organisms and organs is still one of the most complicated technologies known to man, but it has been successfully done.

The process of cryopreservation, according to NASDAQ News, involves transporting a body, immediately after being pronounced dead, to a location where it is drained of fluids, filled with medical-grade antifreeze, and placed in a tank of liquid nitrogen. Shockingly, this is covered by many life insurance companies. Simply designate the cryonics company as the beneficiary.[6]

The Alcor Life Extension Foundation provides such a service for $200,000. For $80,000, you can have just your brain frozen and preserved. Some wealthy individuals have signed themselves up to be cryogenically preserved, placing their faith in a very volatile yet potentially useful technology.

The success rate of this technology is currently unknown. This technique mostly relies on the idea that, in the future, we will have the ability to revive a cryogenically preserved body or place a frozen brain in a younger body. 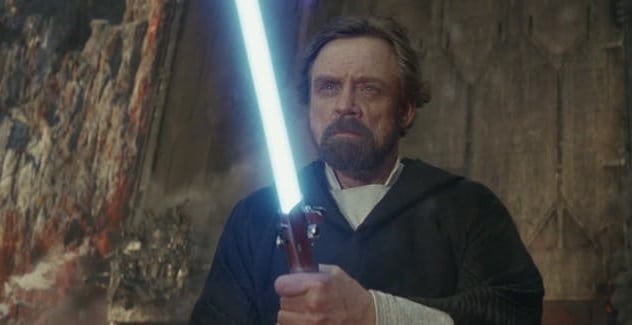 If you’ve seen Star Wars, you know of the signature Jedi weapon—the lightsaber. The weapon could be described is a solid beam of light capable of cutting through nearly any object.

While such a controlled version of this technology hasn’t been created, a study published in Physical Review X revealed that electrical engineers at Princeton have managed to lock photons together to act as a solid, rather than light as we know it.[7] This was achieved by a complex setup that essentially caused photons to behave more like atoms. This has been done only on a very small scale, but the scientists say that the technology does exist and can be utilized on a larger scale.

The scientists also hope to fashion the light so that it behaves like materials that “do not exist.” Due to the vastly unknown nature of how this reaction occurs, scientists look forward to seeing how the material reacts with various substances and elements. 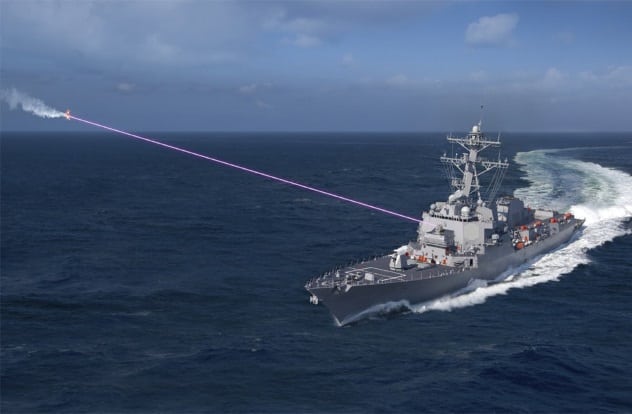 Yet another traditionally fictional technology, laser weaponry has been real for many decades. It has yet to be created on a mass-production, practical level, but it has been applied to take down small boats, drones, and missiles.[8]

The benefits of laser technology over traditional ballistics are evident. Lasers are, of course, light, which means that the beams travel at the speed of light. For comparison, a Barrett .50 caliber sniper rifle reaches projectile speeds of approximately 853 meters (2,799 feet) per second, whereas the speed of light is known to be approximately 300,000 kilometers (186,000 mi) per second.

The United States Navy is currently developing a device capable of shooting missiles out of the sky. This has been perceived as one of the next steps in the global nuclear arms race—the ability to detonate nuclear weapons before they strike. 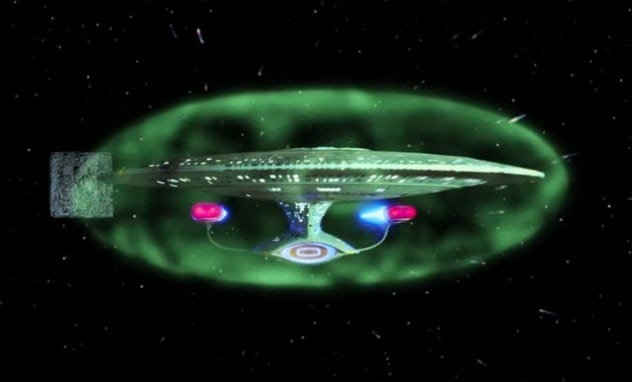 Boeing, one of the largest aviation companies in existence, has officially patented a concept for force field technology. Imagine the shields of the ships in Star Trek or Wakanda’s barrier.

The technology works like this: A computer sensor detects shock waves nearby, instantly informing the defense system of its presence. Immediately following, the device would heat the air in the explosion’s direction, creating a plasma field that would act as a sort of barrier between the explosion and the vehicle or building. This temporary shield would absorb, reflect, or divert the force of the explosion, protecting the target from damage.[9]

However, the technology hasn’t been directly applied to anything yet. Furthermore, it has limited functionality—direct projectiles, such as bullets and rockets, will be unstoppable. However, explosions detonated near the target (say a hospital) could potentially be defended against. 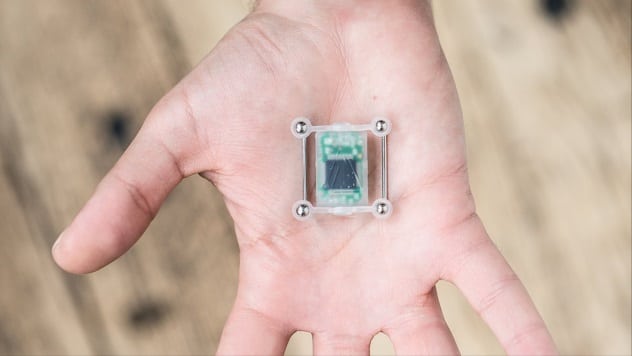 Finally, we come to cybernetic implants. These come in thousands of shapes and sizes, but the concept boils down to this: machinery implemented within an organism, allowing additional functionality.

Cybernetic startups have skyrocketed in quality and quantity over the past decade. From the development of devices that enhance hearing, eyesight, and sense of smell to ones that negate diseases such as Parkinson’s, implants have seen a lot of attention—and rightfully so.

The first type of cybernetic implant was, of course, the pacemaker. This device is inserted into a patient’s body, intended to regulate their heartbeat. Since the first implementation decades ago, the devices have gone from bulky and unreliable to near perfection in a package the size of a pill.

Cutting-edge cybernetic implants are even more exciting. The North Sense device, created by a company called Cyborg Nest, allows one to feel the Earth’s magnetic poles, dictating which direction they are facing.[10] The device relies on internal magnets, and the manufactures state that it should be under 2.5 centimeters (1 in).

It gets even more exciting, however. An individual named Neil Harbisson, an artist and one of the co-founders of Cyborg Nest, has an antenna on his head that allows him to “hear” colors. As an artist, this device could be extremely advantageous.

Scientists are currently developing products meant to increase people’s cognitive abilities, physical abilities, and even powers in the realm of telekinesis. For now, we’ll have to settle for hearing colors.

My name is Alex Sakdner, and I’m a freelancer writer online. I primarily focus on topics that affect the everyday individual, from interesting consumer gadgets to new and revolutionary breakthroughs. I hope that you’ll enjoy hearing what I have to say.

Read about more futuristic technologies that are closer than you think on 10 Implausible Technologies From Fiction That Are On Their Way and 10 Cool Sci-Fi Technologies Invading Our Reality.