10 Wild Stories Of How Celebrities Got Their Scars

The ideal of beauty might be a sculpted, flawless body, but life tends to have other ideas. Some of the world’s most famous faces also sport evidence of rough pasts, from knife fights to disease, to one famous clown who has to use a catheter every day. 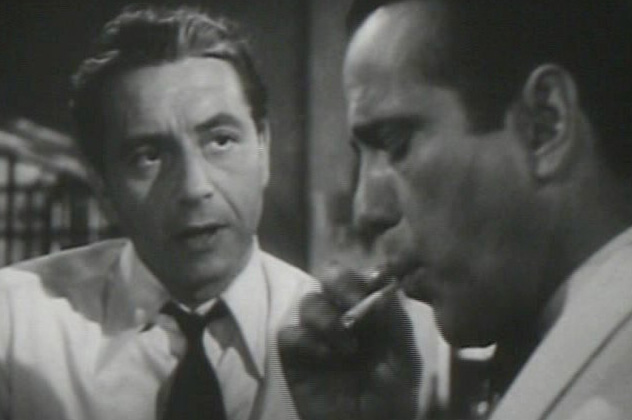 Humphrey Bogart is one of the most iconic screen actors of all time, perhaps most famous as the nightclub owner in Casablanca, as well as fictional detectives Sam Spade and Philip Marlowe. Bogart was classically handsome, his looks marred only by a scar on his lip, which may have been responsible for his distinctive speech pattern.

There are innumerable stories of how Bogart acquired the scar. Given the fact that he died nearly 60 years ago, it is unlikely that the truth will ever emerge. One version says that he was beaten by his overly strict father or suffered some kind of childhood accident. Another claims he was wounded by shrapnel while serving in the Navy, or was hit in the face while transporting a handcuffed naval prisoner who asked him for a cigarette and then blindsided him. All of these stories could be apocryphal, as Bogart’s post-service physical does not mention the scar, despite cataloging seemingly less obvious injuries. 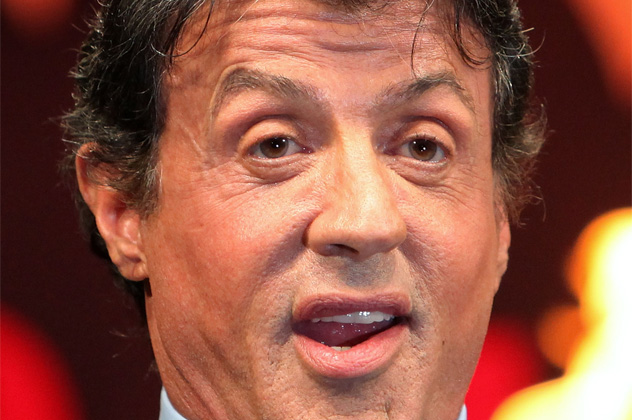 Sylvester Stallone gets far less credit than he deserves, especially since he’s been working with a disfigurement since birth. Complications during labor forced doctors to utilize forceps, severing a nerve and leading to paralysis of the lower left side of his face. This is how he got his trademark look and slurred speech.

Throughout his action career, Stallone has amassed a ton of injuries. During the filming of Rocky IV, he was hit so hard by Swedish actor Dolph Lundgren that his heart struck his ribs and began swelling. While filming a fight scene for The Expendables with ex-pro wrestler Stone Cold Steve Austin, he even broke his neck.

In recent years, he has begun acquiring huge tattoos to cover up torn veins in his torso. While describing his litany of trauma over the years, Stallone explained his latest calf injury: “I just got this one—70 new stitches. This is from The Tomb with Schwarzenegger. It’s a little memento. I’ve had both shoulders done, my neck done, two back operations, Achilles tendon, and now this thing—the peroneal tendon—just ruptured. This is the worst f—king one ever. I feel like an old athlete. Every time you touch something, it breaks.” 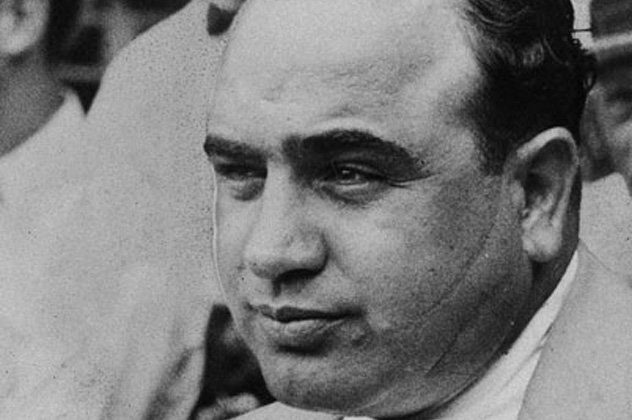 Al Capone is easily the most infamous gangster in history, riding Prohibition to a vast and illicit fortune. He wasn’t always a crime lord, though—he got his start as a small-time hood in New York City, running with gangs like the Bowery Boys and the Brooklyn Rippers. It was during a stint with the Five Points Gang that he would earn his nickname—Scarface. If asked about the origins of the three gruesome scars on the left side of his face, Capone typically claimed that they’d been acquired while serving in World War I. However, the truth is a little more pedestrian.

Al picked up work bartending, bouncing, and waiting tables at the Harvard Inn, a restaurant owned by racketeer Frankie Yale. He was waiting on a brother and sister when he shot off at the mouth, telling the woman, “Honey, you have a nice ass and I mean that as a compliment.” It was a mistake he would pay for the rest of his life. The brother, Frank Gallucio, punched Capone. When Al tried to retaliate, Gallucio slashed him three times with a knife. Al was later forced by his boss to apologize for the incident. For a man whose empire was responsible for spilling untold gallons of blood on the streets of Chicago, Capone was very sensitive about his scars and frequently attempted to hide them. Surprisingly, instead of filling him with lead, Capone forgave Galluccio his trespasses and even hired him as a bodyguard later on. 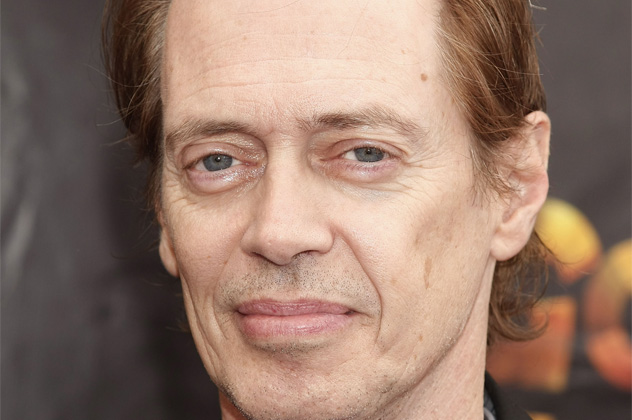 Slight, bug-eyed actor Steve Buscemi might seem like the last guy to get himself involved in a bar fight. In 2001, while filming the movie Domestic Disturbance in North Carolina, Steve went out to a bar called the Firebelly Lounge with fellow actor Vince Vaughn and screenwriter Scott Rosenberg. A local woman began chatting with Vaughn, sparking a fight with her boyfriend, which deteriorated into a melee involving multiple people.

Coming to his friend’s aid, Steve was attacked by 21-year-old Timothy Fogerty, who stabbed him above the eye, in the jaw, the throat, and the arm, injuries that could easily have ended his life. He was left with a deep scar in his cheek that is typically covered by makeup during screen appearances. Police were forced to use pepper spray to halt the brawl. Vaughn and Rosenberg were forbidden by a judge to visit any more local bars and were forced to attend alcohol counseling sessions. Fogerty was charged with assault with a deadly weapon. 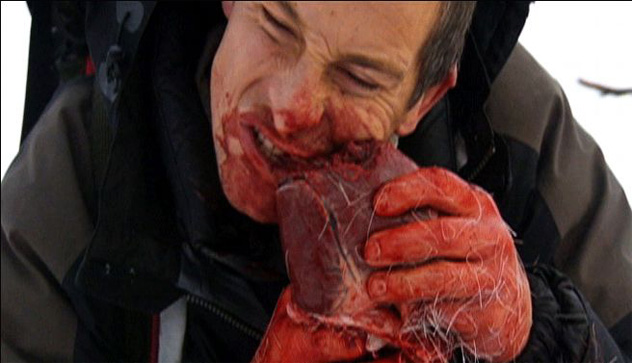 Edward “Bear” Grylls is most famous as an adventurous survivalist, hosting shows like Man vs. Wild and Worst Case Scenario. Along with putting himself in terrible danger, he has been known to consume things that would gag a maggot, including the moisture off elephant dung and frozen sheep eyeballs. Before his television days, he served in the British Special Air Service. He suffered a grievous injury during a parachuting accident in Zambia, crushing three vertebrae and coming very close to spending the rest of his life in a wheelchair. In an act of inspiring determination, he climbed Mount Everest less than two years later. In the years since, he has engaged in countless adventures, one of which ended in a medical evacuation after he broke a shoulder in Antarctica.

When asked about his numerous scars, Bear hilariously replied, “I’ve got so many scars it’s ridiculous. I always depend on the Evel Knievel quote that says bones heal and chicks love scars. I’ve got a spectacular new one across my chest. I’m tempted to say that I got it from wrestling a crocodile, but the truth, sadly, is that I was pulling a pizza out of the oven while naked and burned myself.” 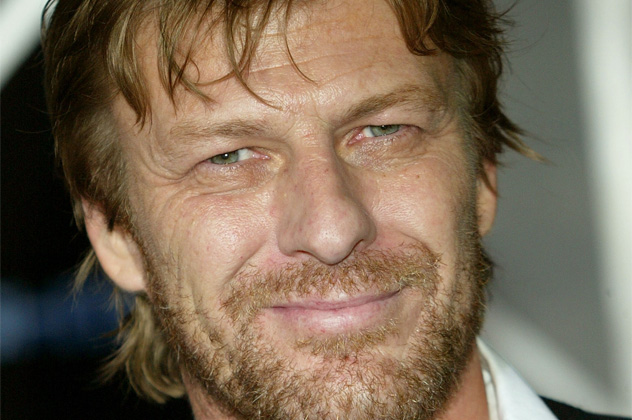 English actor Sean Bean has a rather bizarre reputation in his film and television roles: Nearly every character he portrays ends up dead, from Boromir in The Fellowship of the Ring to Eddard Stark in Game of Thrones. Luckily, Bean is a little tougher in real life. During the filming of Patriot Games, Bean’s character, an Irish terrorist, battles with Harrison Ford’s character, the heroic Jack Ryan, in a speedboat. Unfortunately, during the shoot Ford accidentally struck Bean over the left eye with a boat hook, opening up a wound which required several stitches to close and leaving him with an impressive scar. This would actually further his career, making him perfect for a number of tough-guy roles to follow.

A few years later, Bean had another scary brush with violence when he was out at a London bar with Playboy model April Summers. After a man made some inappropriate remarks to Summers, Sean chased him away. Unfortunately, the man came back, punching Sean and stabbing him in the arm with broken glass. Instead of rushing off to the emergency room, he just ordered another drink. 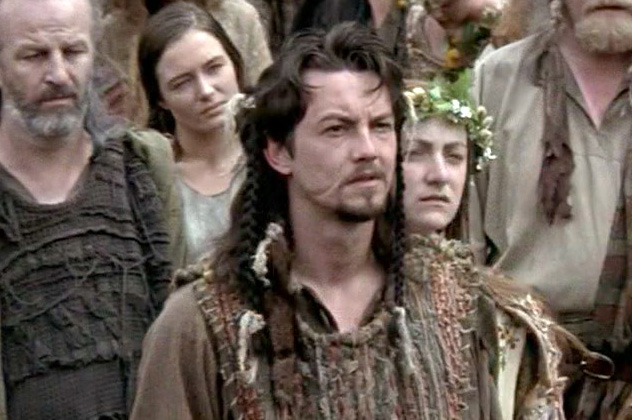 Tommy Flanagan isn’t exactly a household name, but you’ve doubtless seen him in films from Braveheart to Gladiator. Today, he is probably best known for his portrayal of Filip “Chibs” Telford on Sons of Anarchy. The story of how Tommy was scarred is perhaps the most horrifying on the list, indicative of an ugly “blade culture” that has seized Scotland, where it is difficult to acquire firearms. In his youth, Flanagan was working as a DJ when he was attacked with a knife, leaving him with a vicious cut extending from his lips called a “Glasgow Smile.”

The Glasgow Smile is a hideous torture. The corners of the mouth are cut and the victim is savagely beaten until the contortions of the face caused by screaming tears the cheeks apart. Glasgow is notorious for the number of knife crimes committed within the city. Perhaps the most famous recipient of the Glasgow smile was Heath Ledger’s Joker in The Dark Knight, who told wildly contradictory tales as to exactly how he acquired the scars. 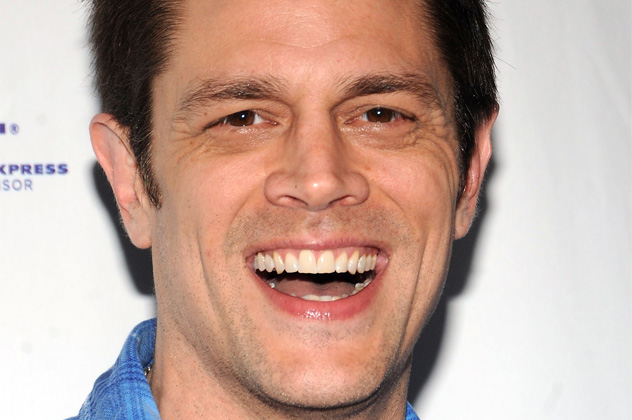 If you’ve seen a few episodes of MTV’s Jackass, you might find it surprising that the entire cast isn’t hideously disfigured. They all have their dings and dents, but have largely escaped their antics unscathed. However, the gang’s ringleader, Johnny Knoxville, sports a scar you’ll never see on television. While doing a stunt, he dealt irreparable damage to his most tender area.

In a 2010 interview with Vanity Fair, he offered a cringeworthy explanation of his injury, claiming, “It’s just like a dog’s chew-toy down there. I broke my penis about three years ago trying to backflip a motorcycle. So that didn’t help its appearance, although it’s pretty cute. I still have to use a catheter twice a day and it’s been three years now. No, I can piss without it. I just have to keep the scar tissue from constricting down there. It looks like a sock that’s lost its elasticity. You know the kind that droop around your ankles? That’s what my penis looks like.”

Sadly, fans of the show have suffered some terrible injuries trying to duplicate stunts. In August 2014, 10-year-old Taylor Wilson of Scotland covered her arms with salt and then rubbed them with ice, resulting in scarring welts that doctors say may require skin grafts. 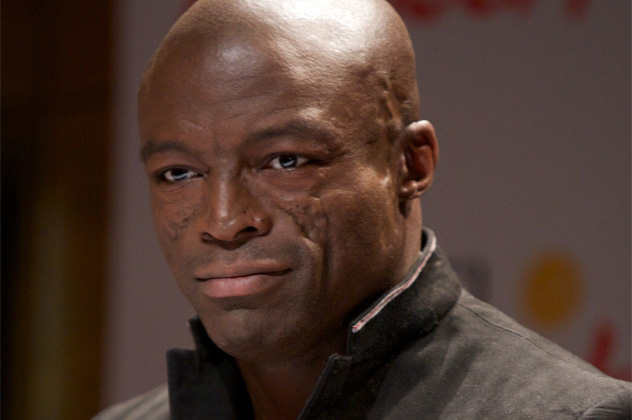 English R&B star Seal was born Olusegun Olumide Adeola Samuel on February 19, 1963. He began his music career in the 1980s, releasing a self-titled album in 1991. His song “Kiss from a Rose,” which was featured in the soundtrack to Batman Forever, launched him to worldwide superstardom in 1995. Seal is perhaps best known for the scars on his face, which look rather like burns. They are actually the result of a condition called discoid lupus erythematosus (DLE), which afflicted him when he was 23. DLE targets the face, leaving behind painful lesions that eventually heal into the kind of pitted scars Seal has on his cheeks.

Although his wounds were quite grievous, there is no need to feel sorry for Seal. In addition to his extraordinarily successful recording career, he spent seven years married to German supermodel Heidi Klum, easily one of the world’s most beautiful women. He was previously linked to a string of other models, including Tyra Banks. 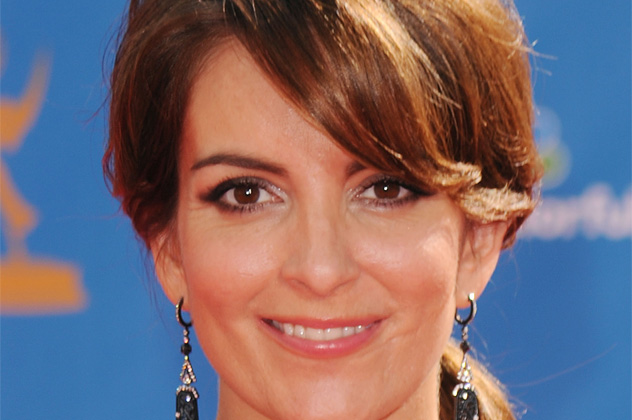 Tina Fey is one of the most celebrated comedians of our time, a regular feature on Saturday Night Live and the creator her own show, 30 Rock. Compared to some of the entrants on this list, Fey’s scar is barely noticeable—a thin line running beneath her lower lip to her cheek. During filming of 30 Rock, she tended to arrange shooting so the camera got her good side. The source of her scar remained a mystery for some years, until she finally revealed the horrible truth.

While five-year-old Tina was playing in the front yard of her home in Upper Darby, Pennsylvania, she was slashed in the face by a stranger. Her reticence in discussing the incident is certainly understandable. In an interview with Vanity Fair, she claimed, “It’s impossible to talk about it without somehow seemingly exploiting it and glorifying it.” While she has largely overcome the trauma, she does have some concern that she may one day project the stress of her ordeal on her own daughter.