Officially called Liberty Enlightening the World, the Statue of Liberty is seen around the world as a symbol of American values, such as freedom and democracy. 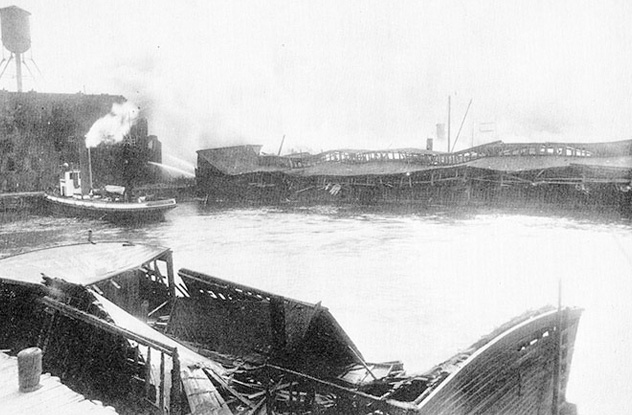 Before it was connected to the mainland and made a part of Jersey City, Black Tom Island stood as independent land in New York Harbor, right beside Liberty Island. In the early hours of July 30, 1916, several explosives went off at Black Tom. The explosions sent shock waves about 135 kilometers (90 mi) away, equivalent to an earthquake of between 5.0 and 5.5 on the Ritcher scale.

Flying metal from the explosion damaged the clock on the Jersey Journal building and the walls of city hall. Windows shattered in lower Manhattan, and window panes were damaged in Times Square. Fragments also hit Lady Liberty, causing $100,000 in damages.

The culprits: German saboteurs, responding to the British naval blockade of Germany during the ongoing World War I. Back then, the US was neutral in the conflict, but they produced weapons that were shipped to countries fighting against Germany. The weapons were usually shipped from Black Tom Island.

On the night of the explosion, Black Tom contained over 1 million kilograms (2 million lb) of black powder, TNT, shrapnel, and dynamite, ready to be shipped to England, France, Italy, and Russia. After the Black Tom explosions, the torch of the Statue of Liberty was closed to the public and has remained closed ever since.

9The Human Statue Of Liberty 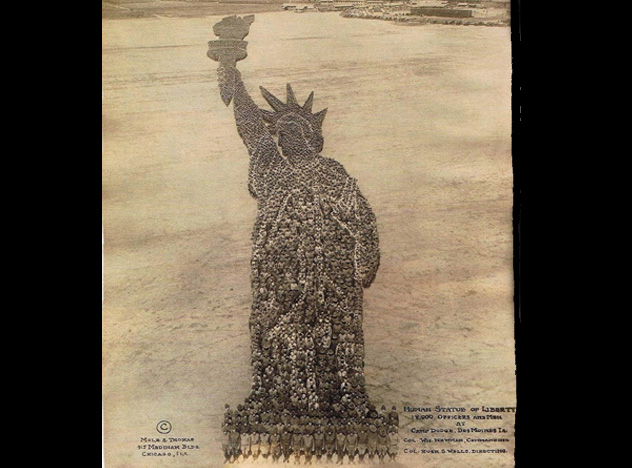 On the afternoon of August 22, 1918, 18,000 soldiers of the US Army 163rd Depot Brigade assembled on the drill ground of Camp Dodge. Their picture, which formed a silhouette of the Statue of Liberty on the ground, was then taken from the top of a specially constructed 12-meter (40 ft) tower.

The soldiers assembled on the drill ground—which had been carefully demarcated by blocks and white tape—by 1:00 PM. They all wore black, except for a few who wore white to form the outline of the statue’s tablet, left hand, and crown. The flame alone was formed by 12,000 men. The torch had 2,800 men. The right arm had 1,200, and the rest of the body had 2,000.

Due to the mass assembly and heat (temperatures reached 40 degrees Celsius, 105 °F), 12 soldiers fainted. The photograph, made to sell war bonds during the ongoing World War I, was never used. 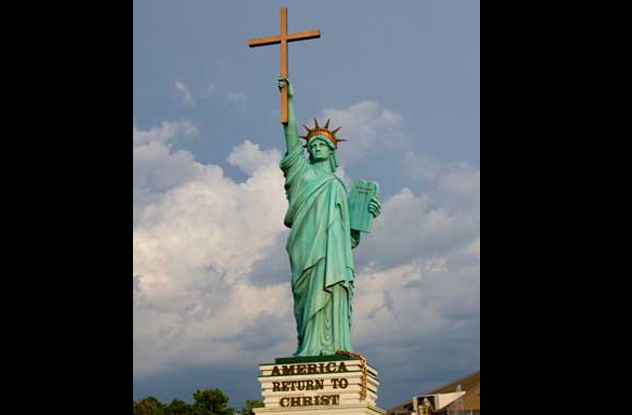 Two 9-meter (30 ft) replicas of the Statue of Liberty sit atop of the Liberty National Bank in Buffalo, New York. One replica poses like Marilyn Monroe in Las Vegas, and another was built completely with Lego blocks at Legoland Billund. A 3-meter (11 ft) replica holds a Bible instead of a tablet in San Marcos, California. A similar 8-meter (25 ft) replica holds a cross instead of a torch in Memphis, Tennessee. It is called the Statue of Liberation through Christ.

There’s a 35-meter (115 ft) replica in Heide-Park, Soltau in Germany and another in Visnes, Norway, where the original statue’s copper was mined. There’s another in Siene, France. It is about 22 meters (70 ft) tall and was inaugurated in 1889, just three years after the one New York. Bartholdi’s museum in Colmar, France also has several replicas that were used as models during the construction of the real Statue of Liberty.

There’s another replica at the Royal Air Force base in Lakenheath, England. It was built from leftover copper used in the construction of the real Statue of Liberty. There are more replicas in Kosovo, Argentina, Israel, Japan, Australia, Taiwan, and China. The most interesting replica could be the one on the dome of a building in Lviv, Ukraine. This is because unlike other Statues of Liberty, this one is sitting.

7The Torch Was Switched 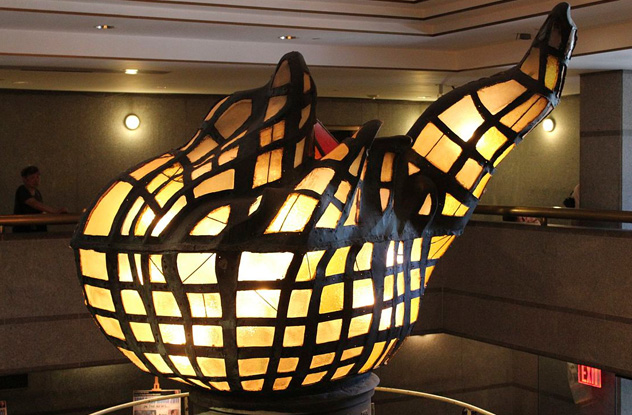 The original torch of the Statue of Liberty was changed between 1982 and 1986, when the statue underwent renovations. The original torch had been damaged by corrosion, caused by water and snow seeping in through windows installed during earlier restoration works in 1916.

Parts of the copper on the statue’s flame were cut off, and new glass windows were installed. The new torch was made to look exactly like the old torch. It was constructed by French craftsmen who used an embossing method called repousse. It involves beating the underside of the copper with a hammer until it forms the desired shape. The repousse method is the same method sculptor Ferderic Auguste Bartholdi used to construct the entire Statue of Liberty, including its torch.

While other parts of the new torch were covered with copper, the flame was covered with gold leaf. The old torch can be found at the Statue of Liberty’s museum.

6It Was Originally Intended For Egypt 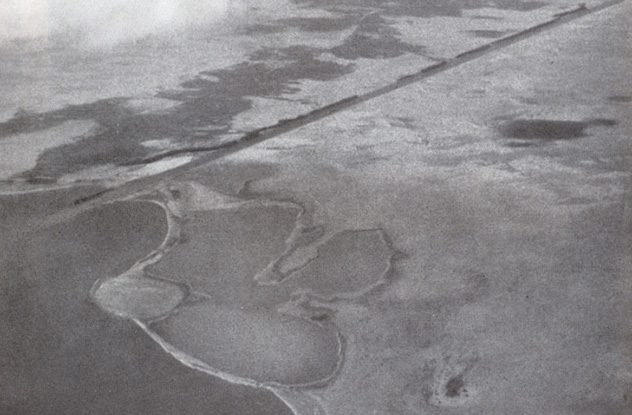 In 1867, Bartholdi spoke with the ruler of Egypt, Khedive Ismail Pasha, about plans for a statue at the entrance of the Suez Canal, which was still under construction. The statue would be a farmer holding a torch. It would be called “Progress” or “Egypt carrying light to Asia.”

Khedive Ismail showed interests in the new statue. He even suggested that the torch be on its head and not its hand. But he later turned down Bartholdi because the cost of constructing the statue was too high. 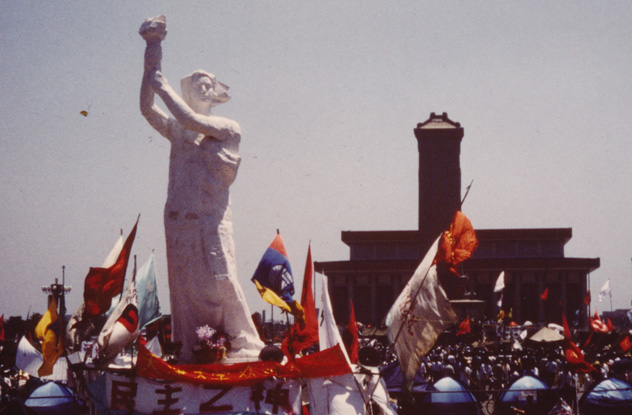 The Chinese Tiananmen Square protest of 1989 was famous for the brutal military crackdown that marred it and for the photographed protester known as “Tank Man.” The democracy advocates also constructed a 10-meter (30 ft) statue in the style of Lady Liberty, titled “Goddess of Democracy.”

The statue was made by students of the Central Academy of Fine Arts and other Beijing schools within three days from foam, papier mache, and plaster. It showed a woman holding a torch above her head. The statue infuriated the Chinese government, which called it an abomination and issued a statement saying: “This is China, not America.”

The statue strengthened the protests, with hundreds of thousands of people coming to the square just to see it. It was also was one of the reasons the Chinese government used force to end the protests. Troops destroyed it five days after it was unveiled. They first used an armored personnel carrier to knock it over before using metal bars to hit it till their hands hurt. 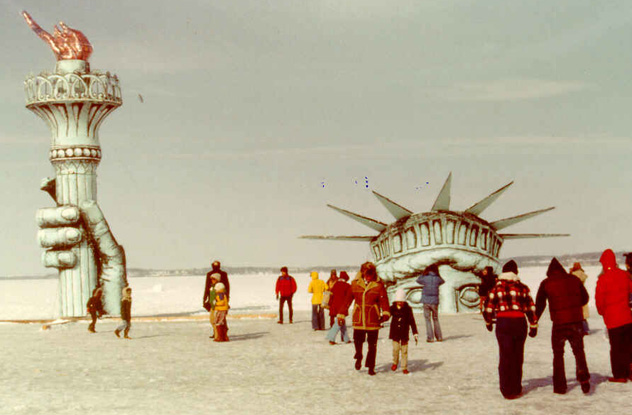 In 1978, pranksters Jim Mallon and Leon Varjian won elections as president and vice president of the University of Wisconsin Students Union. During their campaign, they promised to change the name of the school from the University of Madison to the University of New Jersey so that all the students could say they attended a prestigious eastern school. They also promised to convert the Student Union budget to pennies and dump them in the library, where students would pack them with pails and shovels. This formed the basis of their party name—The Pail and Shovel party.

The duo further promised to build a 15-meter-tall (50 ft) Mickey Mouse Pez candy dispenser, change the name of all students to Joe Smith (so lecturers would know all students by name), and bring the Statue of Liberty to Wisconsin. After getting into office, they were known for throwing expensive parties and giving visitors to the Students Union office fake checks for $1 million.

To fulfill their promise of bringing the Statue of Liberty to Wisconsin, the Union ordered a mockup. It had only a head and an arm, which were dumped on Lake Median to make it look like the rest of the body was underwater. Some students got offended, and the Union wrote checks of 60 cents for each of them.

The mockup statue ended up getting mysteriously burned. But that did not deter the pranksters. They built another one after getting reelected. 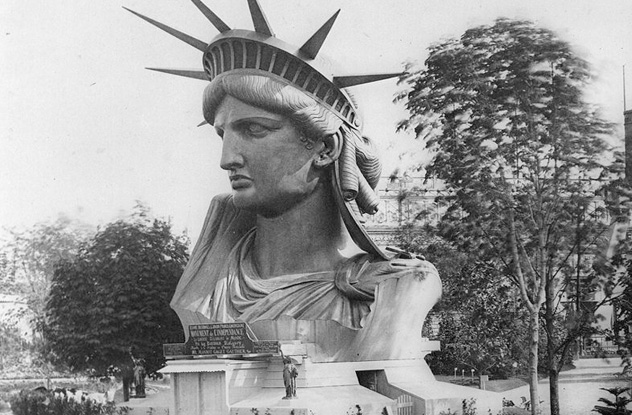 The framework was supposed to be made by French architect Eugene Viollet-le-Duc, but he died in 1879. He was then replaced by Gustave Eiffel, who would later design the Eiffel tower. The statue’s face is rumored to have been modeled after Bartholdi’s mother. In France, shows and exhibitions were held to raise funds. The US raised money through prizefights and auctions.

The head and crown, which were completed before the other parts of the body, were displayed in Paris and Madison Square Park, New York to raise funds for the pedestal. But in 1885, construction of the pedestal was stalled due to lack of funds. Boston, Philadelphia, San Francisco, and Cleveland then offered to offset the cost of building the pedestal if the statue was given to them. Joseph Pulitzer of the World newspapers launched a campaign criticizing the rich for not funding the pedestal and criticizing the middle class for waiting for the rich to fund it. This prompted people to donate.

The statue was completed and shipped to the US in May 1885. The pedestal was completed on April 22, 1886. The statue was finally dedicated on October 28, 1886, making it the gift that arrived 10 years late. You can view pictures of its construction here.

2The Ghost Of Bedloe’s Island 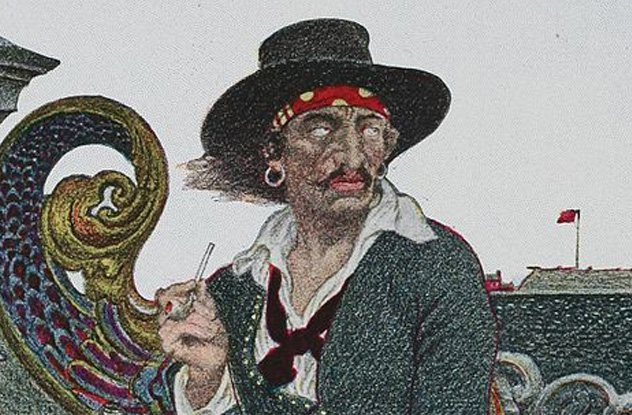 Captain William Kidd—pirate hunter, and possibly pirate—is rumored to have buried his treasure on Liberty Island, which was called Bedloe’s Island at the time. In 1892, two soldiers stationed at Fort Wood on the island went to search for this treasure.

Not long after midnight, the entire base was awoken by a loud scream. One of the treasure seekers, Carpenter, was found in a wildly emotional and exaggerated state, while Gibbs had already passed out. Both had been digging for Captain Kidd’s supposed treasure when they found a box. As they made to take it, Gibbs claimed to have seen a strange and scary creature with black skin, horns, big wings, and a tail. Carpenter also said he saw a beast, but he described it entirely differently—he said it was red, wingless, and moved without visible legs.

Carpenter ran away when the creature appeared, but Gibbs stayed in shock. He said the ghost was that of Captain Kidd and blew sulfur into his face, rendering him unconscious. The guards, however, found no demon—and didn’t even find a box.

1David Copperfield And The Disappearing Statue

Illusionist David Seth Kotkin, more commonly known as David Copperfield, made the Statue of Liberty disappear in front of a live audience in 1983.

To perform the trick, Copperfield set up two towers on a stage, with an arch and a curtain that blocked the Statue of Liberty from view. When the curtains were closed, the stage on which the live audience sat slowly turned. By the time the curtained reopened, the statue was hidden behind one of the towers, with Lady Liberty nowhere to be found. 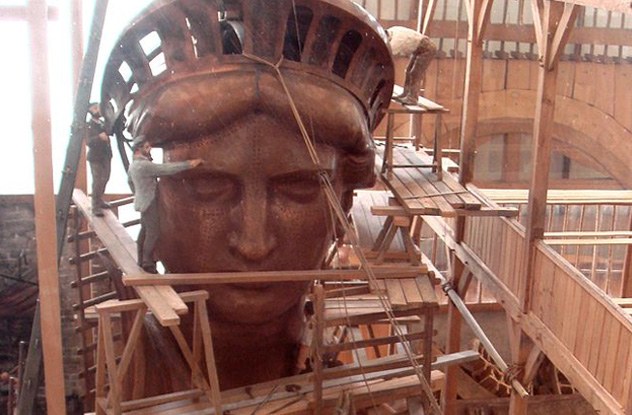 The Statue of Liberty was originally reddish-brown in color. Its present green color is due to patination.

Patination is a process whereby copper turns blue-green due to exposure to air. The Statue of Liberty took about 25 years to change from its original reddish-brown color. In 1906, when the copper was still undergoing patination, politicians became concerned, and Congress allocated $62,000 to have her painted. This resulted in an outrage, and the plan was shelved.

On the positive side, the patina protects the statue as it stops the copper from wearing away.