Although their lives seem exciting and appealing, and though their screen personas have brought joy and wonder to the rest of us, the lives of film, television, and stage actors are not always easy. In some cases, failed relationships, deaths in the family, or health problems may drive them to an early grave—at their own hands. Inspired by the recent suicide of the beloved Robin Williams, this list is a collection of 10 other beloved actors who tragically ended their lives. 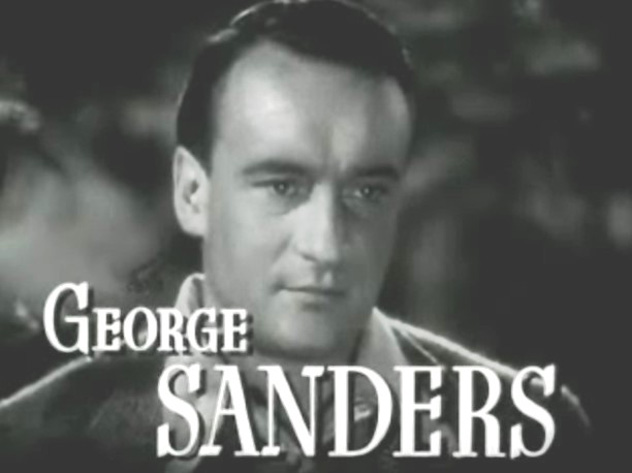 With his sophisticated mannerisms, charming persona, and silky, deep voice, it didn’t take long for George Sanders to take Hollywood by storm as the villainous and smarmy scoundrel, which he showcased wonderfully in films like Rebecca, All About Eve, and The Picture of Dorian Grey. He even lent his voice to Shere Khan in the animated film The Jungle Book.

Even after garnering much acclaim, receiving an Oscar, and romancing several female celebrities, Sanders was not known for his happiness. In his autobiography, he wrote, “I am a disagreeable person. I am a hateful person.” He also remarked that women should be beaten and were worth very little, advocating a 25 percent tax for actresses so they wouldn’t make as much as male actors. Late in life, he was afflicted by an incapacitating stroke that affected his speech, along with several other health problems.

In 1972, Sanders checked into a hotel in Spain and overdosed on prescription drugs, leaving behind a suicide note that read in part: “Dear World, I am leaving because I am bored.”

Praised as the greatest American storyteller of his generation as much for his unique style of writing and acting as his ability to touch an audience with insightful and profound comments about life, Spalding Gray made theatrical monologues popular with his performances of such classics as Monster in a Box and Swimming to Cambodia, both of which were adapted to film. He also starred in supporting roles in many classic comedy films, such as Kate and Leopold, King of the Hill, and Beaches.

It was in Ireland in 2001 that the car Gray was in collided with a van, crushing his hip and shattering part of his skull. After the accident, Gray struggled with depression. Whether it was due to brain damage, tragic events like his mother’s suicide, or something else entirely remains unknown. He began to talk about suicide, and even attempted it several times, although some that believe it was a viewing of Tim Burton’s Big Fish that finally convinced him to attempt the big one. On January 10, 2004, Gray allegedly jumped off the Staten Island Ferry. His body was found two months later. 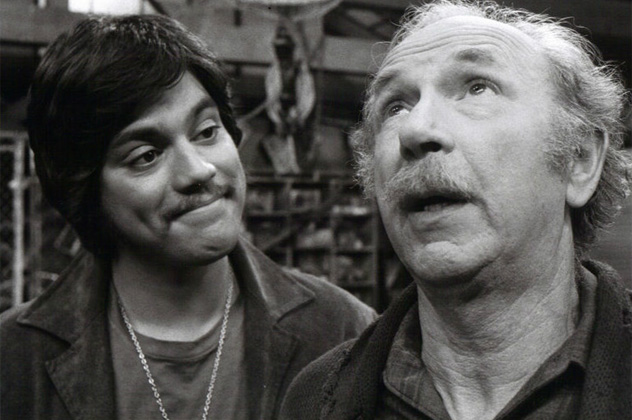 The father of Freddie Prinze Jr. and one of the funniest stand-up comics of his time, Prinze broke ground for Hispanic actors like no one before him. Best loved for his performance in the 1970s television show Chico and the Man, he also performed for president Jimmy Carter and cracked up Johnny Carson on The Tonight Show.

The man who had made $2 an hour as an usher for Broadway suddenly had a bright future ahead of him. However, although he had signed contracts with NBC and Caesar’s Palace that would’ve secured him over $7 million and was negotiating with film studios like Warner Bros. and Universal, his addiction to cocaine and Quaaludes and his impending divorce depressed him. On January 28, 1977, in Los Angeles, Prinze wrote a suicide note, put a gun in his mouth, and sent a .38-caliber bullet through his head. 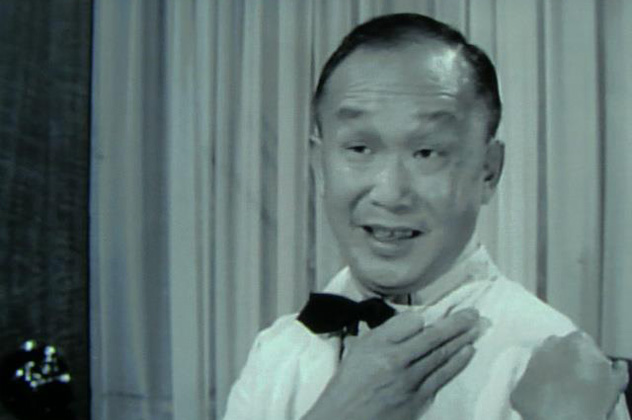 Born in San Francisco, Tong was educated in Hawaii before embarking on a career in Hollywood. Starting in the 1930s, he appeared in uncredited bits in many films, although he was credited with roles in classics like It’s a Mad, Mad, Mad, Mad World. In 1959, he appeared along with John Forsythe as a regular on his first television show, Bachelor Father. Known for his fondness for comedy, the Chinese entertainer also toured nightclubs as a singer and a comedian.

After some 25 years performing in films and on television, while starring alongside Mickey Rooney in the sitcom Mickey, Tong was found dead in his home with an empty bottle of sleeping pills close to his body and the note, “I have taken my own life. No one is to blame.” Other than the assumed dissatisfaction with his life, no motive for his self-inflicted drug overdose could ever be determined. 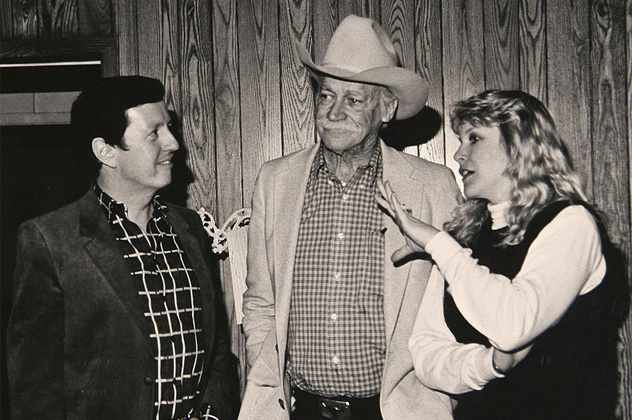 Starting out as a humble stunt man and continuing in that field for 30 years, doubling for giants like Henry Fonda and Roy Rogers, this brilliant yet unassuming man finally turned to acting at the ripe age of 57. Although already an older man, he took his work seriously and eventually received an Oscar nomination for Best Supporting Actor in 1978’s Comes a Horseman. Although he established himself after that in other major roles in films like The Grey Fox and Tom Horn, his greatest achievement was portraying real-life Alvin Straight in The Straight Story, for which he received an Academy Award.

During that time, however, Farnsworth had been diagnosed with terminal bone cancer and found himself unable to walk. He was later partially paralyzed after a surgery. At the age of 80, frustrated and depressed, Farnsworth wrote a suicide note and shot himself in his home. 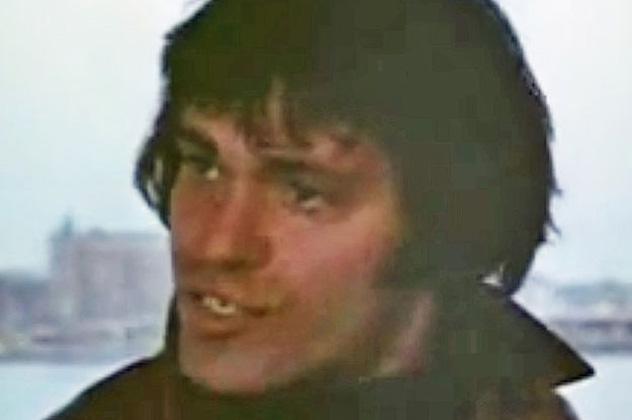 When speaking about television and film of the 1970s, it would be remiss not to mention Steven Keats, a talented actor of both mediums who was raised in Brooklyn, although both of his parents were Jewish immigrants from Denmark. After an education at the Yale School of Drama and Montclair State College, and after serving with the Air Force in Vietnam, he decided to try his hand at acting. His Broadway debut was in 1970 with Oh! Calcutta.

It was his later performances in films like Hester Street, Death Wish, and The Gambler that caught the attention of the public and brought him acclaim. His Emmy-nominated performance in the miniseries Seventh Avenue in 1977 as ruthless clothing entrepreneur Jay Blackman, though, was perhaps his finest work.

Despite his success in film and television, his three failed marriages and other unknown conditions left him in a dejected state, and in May 1994, he was found dead from suicide in his Manhattan apartment. 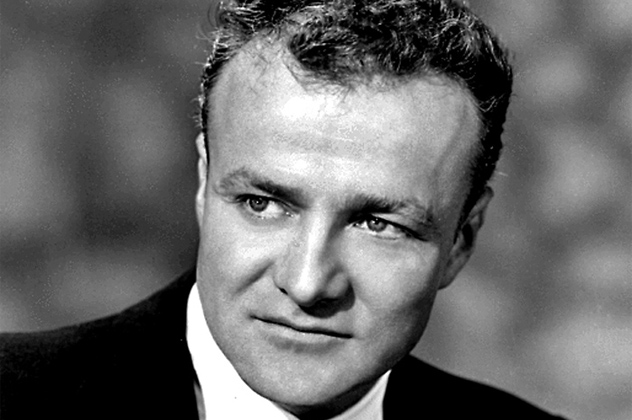 Born in New Jersey to a family of actors, it didn’t take long for the acting bug to bite Brian Keith. His film debut was at the age of three, and while he lent himself to radio and stock productions, he decided to serve with the United States Marine Corps beginning at the age of 19. Although he was awarded an Air Navy medal for his service, Keith’s true calling was always acting. Back on home ground, the robust, gruff actor started off on Broadway in plays like Mister Roberts, and it didn’t take long for major studios to notice him.

Starting in 1953 with a career that would last some 35 years, Keith went on to star in a host of wildly popular sitcoms and TV shows such as Family Affair, Hardcastle and McCormick, and the eponymous The Brian Keith Show. His film career also left little to be desired, as the adaptable actor portrayed anything from family men to cowboys to detectives and starred in classics like The Wind and the Lion and The Parent Trap.

Unfortunately, he was later diagnosed with cancer and died from a self-inflicted gunshot wound in his California home in 1997. 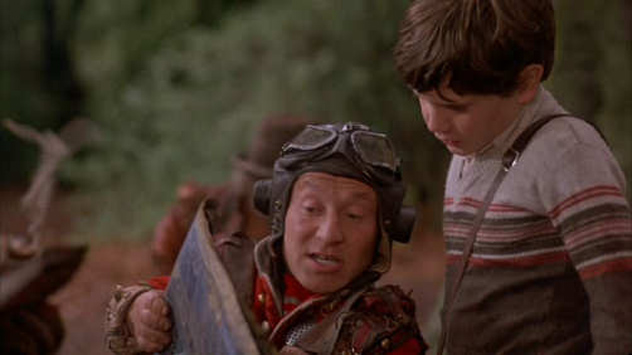 Standing at just 119 centimeters (3’11”) tall, the English actor David Rappaport was one of the finest dwarf actors of his generation. Although obviously much shorter than his contemporaries, he was a recurring actor in television shows like L.A. Law and The Wizard, and a knockout in films like The Bride and the comedy classic Time Bandits, in which he acted alongside Sean Connery and John Cleese. He was even chosen to appear in Star Trek: The Next Generation in a role that can be seen on the Season 3 Blu-ray collection.

However, over his lifetime, he claimed that he battled depression because of intolerance and prejudice due to his appearance. In an interview, he confessed, “I look at boring people every day, and I say, ‘God, I wish I could be like that,’ but my lot is to be unique, special, so I have to put up with it.”

After a failed suicide attempt in March 1990 by inhaling automobile exhaust, he succeeded that May in Laurel Canyon Park, where the police found his body after he shot himself. 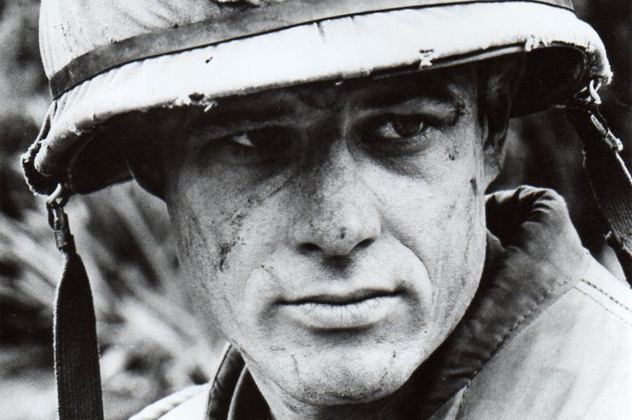 With a torturous start in life at the hands of a sexually abusive mother and an alcoholic father, Brad Davis learned destructive habits early in life. However, acting was his dream, and after winning a music talent contest in his teenage years, he worked at Theatre Atlanta and later studied at the American Academy of Dramatic Art.

After appearing in theater productions, soap operas, television movies, and the mini-series Roots, he won acclaim with his film debut, 1979’s Midnight Express, for which he won a Golden Globe Award along with several other nominations. He also starred in the drama Querelle, a landmark film for the gay community.

His adult career, however, was marred by his arrests and wild behavior, with accounts of him shooting framed portraits of himself, spreading his own feces on hotel walls, and, in one instance, ripping his shirt off at a Hollywood party and shouting, “Who’s got the drugs?” After reportedly sobering up from his long-time struggle with alcohol and cocaine abuse, Davis learned that he had AIDS, most likely either due to his drug abuse or alleged bisexual lifestyle. Frightened of having people discover his affliction, he ended his life with the aid of some close friends. 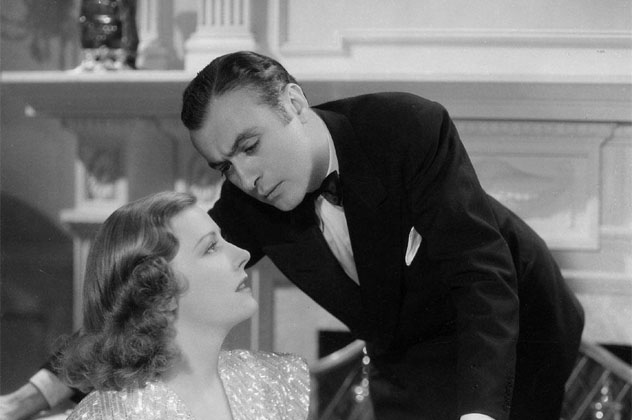 This acclaimed French actor with the instantly recognizable face was the absolute picture of success. Boyer’s career spanned over 50 years and some 80 films, and he garnered four Academy Award nominations. But it was the 1930s and 1940s that were his golden times. Classic films like The Garden of Allah, Algiers, Love Affair, and the thriller Gaslight captured his sensuous appeal as a romantic leading man and a talented thespian.

Although he was born in a small French town in 1899 and didn’t know a word of English, Boyer refused to allow that to stifle his creativity. He made a name for himself in French cinema beginning with his first film, L’Homme du Large, and later moved to Hollywood to further his career. Over the years, he starred opposite voluptuous beauties like Marlene Dietrich, Greta Garbo, Bette Davis, and many more.

Boyer was known not only for his films, but also his television appearances, his advocacy for French-American relations, and for inspiring the legendary animated character Pepe le Pew. He retired from his career in the 1970s to take care of his first and only wife, Pat Paterson, who was afflicted with cancer at the time. Her death in 1978 proved too much for Boyer to handle, though, and he ended his life two days after by ingesting a lethal dose of barbiturates.

I am an up-and-coming author that has written poems, screenplays, magazine articles, scripts for videos, and a comedy-adventure novel for kids.