It can’t be easy being a B-list tyrant. Not only do the international community consider you a pariah, they also have no idea how to spell your name. For every Kim Jong-un throwing a tantrum on the world stage, there are dozens of equally extreme and murderous leaders no one outside their immediate neighborhood has ever heard of. 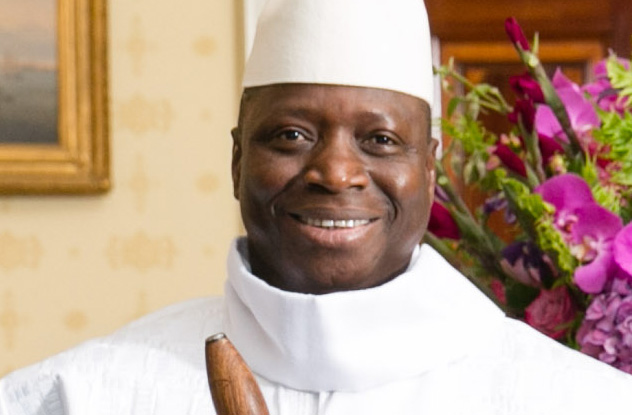 A tiny sliver of land on the western bulge of Africa, The Gambia is one of the strangest-shaped countries on Earth. But geographical oddities have nothing on the mental hang-ups of its president, Yahya Jammeh, in power since a 1994 coup.

Jammeh has compared homosexuality to Satanism and called it the downfall of civilization. He’s promised to decapitate any gay people who enter the country. Explaining why he found homosexuality so abhorrent, he simply stated: “I have buffaloes from South Africa and Brazil, and they never date each other.”

His delusions of grandeur are legendary. In 2010, a government newspaper claimed Obama had personally given him three awards, including the title “Admiral of Nebraska”—a real title that Nebraska has bestowed on people who aren’t Yahya Jammeh. Unfortunately, his ego is more than matched by his paranoia. Jammeh’s subjects live in a state of constant fear. People are jailed and tortured on a whim, and spies are everywhere. The government even sets up fake protest groups abroad, hoping to “smoke out” exiled dissidents. A recent attempt to oust Jammeh in a coup failed. 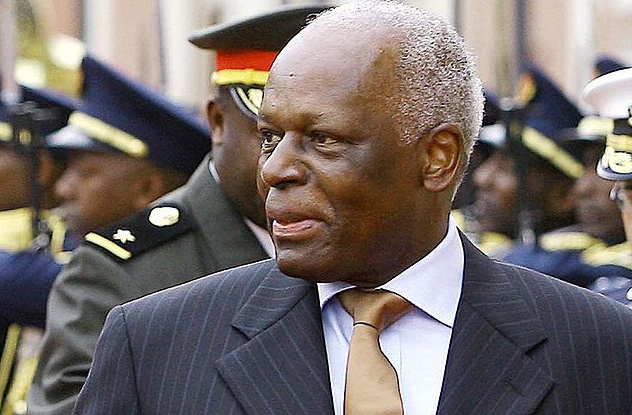 Vast, oil-rich, and slowly recovering from a brutal civil war, Angola is shaping up to be Africa’s next big thing. It has a booming economy, lakes of petroleum, and a president who is virtually invisible.

Meet Jose Eduardo dos Santos, Africa’s shyest autocrat. In power since Jimmy Carter was in the White House, dos Santos has managed to hold on so long by making himself a total hermit. He doesn’t do speeches, give interviews, or appear on TV. He doesn’t go to summits or conferences, rarely leaves the capital, and refuses to interact with other people. On the few occasions he does go to a rally, he says nothing that hasn’t been scripted and rehearsed beforehand. His shyness is so extreme, some know him as “the silent president.”

The only thing he does openly is corruption. The opposition accuse him of passing laws to enrich his own family and clamping down on human rights whenever his power is challenged. At the same time, an oil boom is funneling billions into his pockets, while the vast majority of Angolans live in crushing poverty. 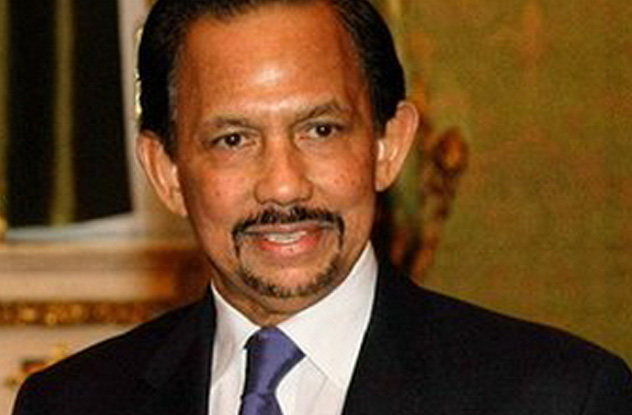 A tiny nation on the fringes of Borneo, Brunei is mainly famous for oil and having a stone-cold pimp as its ruler.

The Sultan of Brunei’s palace is by far the biggest in the world, and his car collection would dwarf that of most manufacturers. Extreme wealth isn’t the only cartoonish thing about him. In 2014, he caused an outcry by literally banning Christmas.

But none of this compares to his obsession with sex. Thanks to his wealth, Bolkiah can get anything he wants, and what he wants is women. The Sultan has his own 24-hour on-call harem, staffed by girls as young as 15. In 1997, he was even accused of kidnapping a former Miss United States and keeping her as a sex slave. When she escaped and tried to sue, he simply claimed diplomatic immunity.

His brother, Prince Jefferi, is possibly even more perverted. In 2010, it was revealed that he’d spent $1 million on life-size statues of himself having sex with his fiance and mistress. Yet, oddly, the people of Brunei don’t seem to mind these outrages. Rather than keeping them in abject poverty, Bolkiah simply buys them off with the most generous government-assistance packages on Earth. 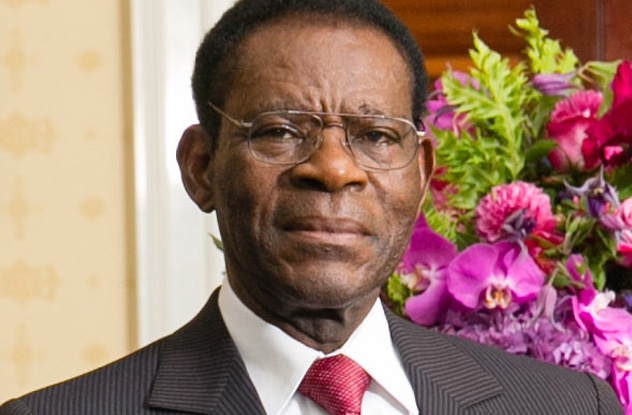 Despite his son’s predilection for blowing the national budget on Michael Jackson memorabilia, President Mbasogo’s rule is anything but funny. Infrastructure is insufficient, and most of the country’s desperately poor citizens have no access to water or hospitals. Torture is endemic, and democracy is such a joke that Mbasogo claimed to have won the 2002 elections with 103 percent of the vote. In a 2006 article, Der Spiegel said his reign was comparable to that of Pol Pot.

Perhaps worst of all are the reports of torture camps where prisoners are routinely strung up and beaten within an inch of their lives. Human Rights Watch’s page on Equatorial Guinea is full of unnerving tales of foreign businessmen kidnapped while inside the country and violently abused for years. All signs point toward the starvation and repression of citizens being comparable to North Korea, yet hardly anyone has ever heard of this tin-pot tyrant. 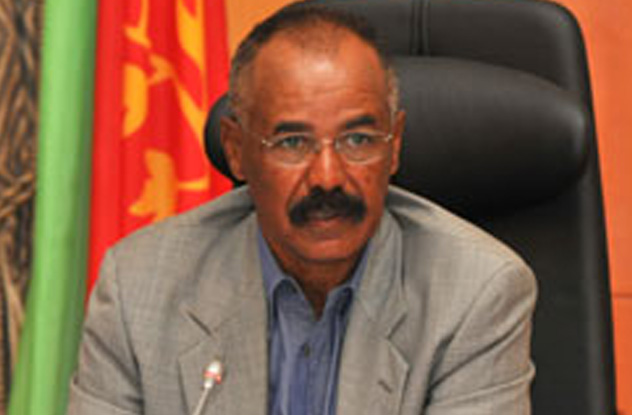 An average-sized country on the horn of Africa, Eritrea is famous for its child soldiers, state-sanctioned torture, and murdering any citizens who try to flee its borders. There is no constitution, no independent judiciary, and many of its citizens spend their lives in literal slavery.

Described by the American ambassador as an “autocratic weirdo,” President Isaias Afewerki is obsessed with self-sufficiency to the point of starving his people to death over it. When a crippling famine hit the country in 2009, he declined the offer of food aid, telling the BBC “foreign food aid demonizes the local people and makes them lazy.” Instead, he had his goons go round and confiscate grain from farmers, exacerbating an already-significant disaster.

Since then, things have gotten so bad that even the generals can’t afford to feed themselves. Fearing rebellion, Afewerki has responded by drafting in 20,000 Ethiopian mercenaries, who now enjoy complete control over the local population. With the country on the brink of collapse, many observers are wondering how long the president can hold on.

All you need to know about Tajikistan is contained in the story of Savriddin Dzhurayev. In 2013, Dzhurayev was sentenced to prison for trying to overthrow the government in 1992. In 1992, he was seven years old.

President Emomali Rahmon famously has neither humor nor common sense. In 2012, he responded to a devastating food shortage by telling his citizens to store more and eat less, before blaming the crisis on peasant farmers who hadn’t followed his instructions. He also blocked YouTube throughout the entire country after the above video surfaced of him dancing drunkenly at a wedding and performing bad karaoke.

But life in Tajikistan isn’t all amusing dictates. Rahmon’s corruption has bled the already poor country completely dry. Life for ordinary people is a depressing blend of terror and repression, with authorities happy to use torture and threats of rape to subdue the population. 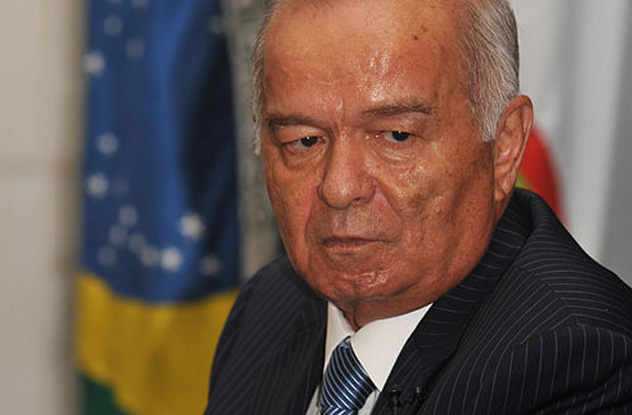 Imagine if every fall, you and your children were forced to leave your home and job behind and travel to a remote stretch of the Nevada desert to work as a slave for three months. Now imagine you got no financial reward, and all the profits were going directly to Obama. Congratulations: You now have some idea what the average Uzbek feels like.

It probably tells you all you need to know about Islam Karimov that, last year, his government proudly declared it had reduced child labor. Not “eliminated.” Not “felt sick at the thought of.” Just “reduced.” In 2014, the Uzbekistan state honestly congratulated itself for enslaving slightly fewer children than usual.

Bad as this is, it’s not the worst thing Karimov has done. Aside from boiling alive two dissidents, he’s authorized massacres, torture, religious persecution, and the elimination of freedom of expression. In 2013, he banned Santa. Even his own family aren’t safe from his whims. Following a public falling-out last year, his daughter is now missing, presumed to be rotting in one of Uzbekistan’s fetid jail cells. 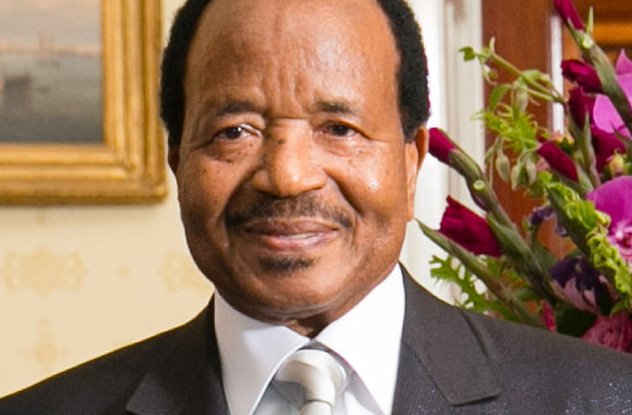 One of central Africa’s most advanced nations, Cameroon has one of the highest corruption levels in the world. It also has one of the weirdest dictators: former Prime Minister Paul Biya, who spends more time out of the country than in it.

For a man who wants to be remembered for bringing democracy to Cameroon, Biya sure has done a lot to undermine it. In power since 1982, he’s been accused of rigging elections, silencing the opposition, and jailing journalists who dare to speculate about his health. A strictly hands-off ruler, he prefers to spend as much time out of the country as possible, returning only to remind people he’s still alive and line his pockets with as much public money as possible. According to the BBC, high-ranking members of his government are frequently hired and go their entire political careers without setting eyes on him.

For the average Cameroonian, life under Biya is far from peachy. In 2009, his forces massacred 100 unarmed protestors, and anyone who doesn’t toe the party line is liable to have a violent run-in with his security services. 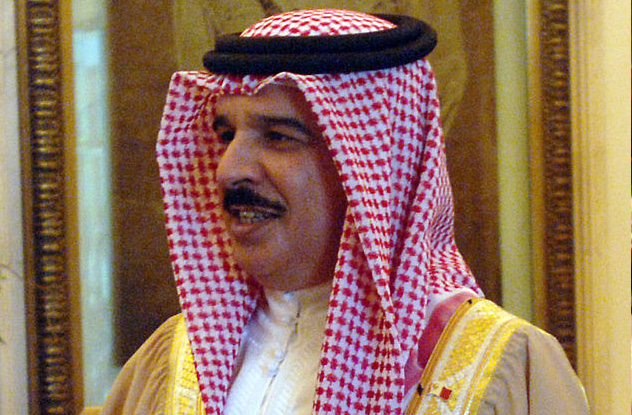 Soaking in oil and stuffed to the gills with money, Bahrain is the smallest gulf state. The island was once thought by the ancient Sumerians to be paradise on Earth. Under the rule of King Hamad Al-Khalifa, it’s more like Dante’s Inferno.

A rich, Sunni autocrat, King Hamad Al-Khalifa has spent so long making life miserable for his impoverished Shiite citizens that it’s practically second nature. In 2011, he had the Saudi army violently crush protests against his rule, a move triggered mainly by his desire to host the Formula One Grand Prix free from hassle. To ensure he got his way, security services detained and tortured dissidents, with multiple deaths recorded in custody.

Since then, things have only gotten worse for the average citizen. In 2014, it was made illegal to offend the national emblem, and people—including a pregnant woman—have gone to prison for tearing up pictures or making jokes on social media. Bizarrely, the king had previously ratified a UN agreement specifically rejecting such punishments. 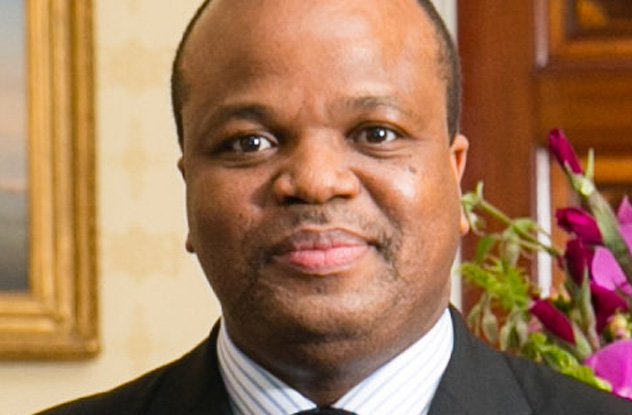 Frequently described as “an island of dictatorship in a sea of democracy,” Swaziland is almost entirely encircled by neighboring South Africa. Under absolute ruler King Mswati, it’s less a functioning country and more a 14-year-old boy’s fantasy.

Remember pervert Sultan Hassanal Bolkiah of Brunei? He’s got nothing on King Mswati. A playboy with a taste for women, the ruler of one of Africa’s poorest nations has 13 wives already, along with countless mistresses. Every year, he hosts a dance where over 10,000 bare-breasted virgins compete to become wife number 14.

Aside from being a bigamist, the king is also a megalomaniac with an eye for expensive projects. In 2014, he opened a brand new airport in the middle of nowhere before it had been granted an aviation license or anyone had agreed to fly there. The cost of the airport was calculated to be around 10 percent of the country’s GDP. Meanwhile, nearly everyone in the country was living below the poverty line, many dying from HIV infection.

We could go on and tell you about the horrifyingly low life-expectancy, or the pervasive state violence against anyone who disagrees with the king, but it’s too depressing. Instead, we’ll simply link you to this story of Mswati’s brand-new private jet and this account of starvation and crippling rural poverty in Swaziland.