No matter what the genre, one thing has always held true with musicians: They love to screw with their fans. But for some artists, it isn’t enough to leave the biggest hit for the encore or to hide a secret album track after two minutes of silence. No, these people need to see their audience absolutely mortified, confused, or, more often, a little bit of both.

10Releasing One Copy Of An Album
The Wu-Tang Clan

Hip-hop collective the Wu-Tang Clan entered 2014 in the strangest way they thought possible with the announcement of their album Once Upon A Time in Shaolin. The band, although active, hadn’t quite received the level of buzz Shaolin received since the release their classic Enter the Wu-Tang (36 Chambers). What propelled them to return to the media consciousness wasn’t so much what they had created, but rather how they chose to distribute it. They announced that a grand total of one copy of Shaolin had been produced and was to be held in a hefty silver and nickel case.

Within weeks, collectors had driven the bid on the album up to $5,000,000. The Wu-Tang Clan stated that the reason for the whole thing was to create modern musical art that was appreciated in the same way that other fine arts were. The band would go on to release another album later in 2014, A Better Tomorrow, for all their fans to hear. You can hear the only 51 seconds of Once Upon a Time in Shaolin available to the public in the video above. 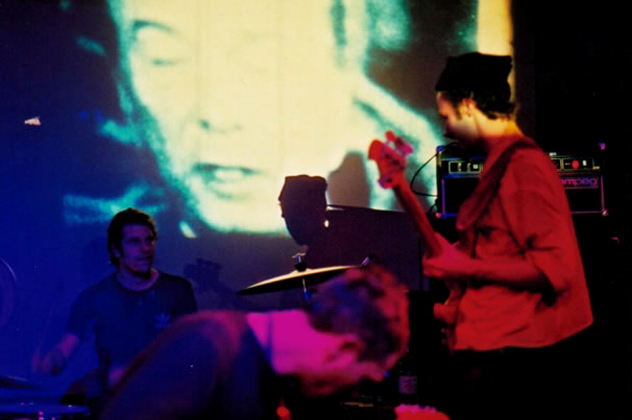 Post-rock group Godspeed You! Black Emperor has become something of a poster child for the genre, and it’s easy to see why. With a focus on artistic merit and very few attempts to market themselves, the band sticks out like a sore thumb among most other Quebecois acts. In the late ’90s, the band caused a massive stir in the independent scene with the release of their debut album F#A#%u221E on vinyl.

The album, which would go on to inspire director Danny Boyle to make the film 28 Days Later, focused on ambiance and atmosphere along with sampling to tell the story of a post-apocalyptic wasteland, which hadn’t really been fleshed out in the world of “guitar music” before that point. One of the most subtle ways the band added to this haunting atmosphere was by using a technique known as “locked grooving” on the final grooves of side B. As such, the record would repeat from the place where the grooves first became locked rather than finishing, effectively making an unending soundtrack of sombre static and plucked viola strings. 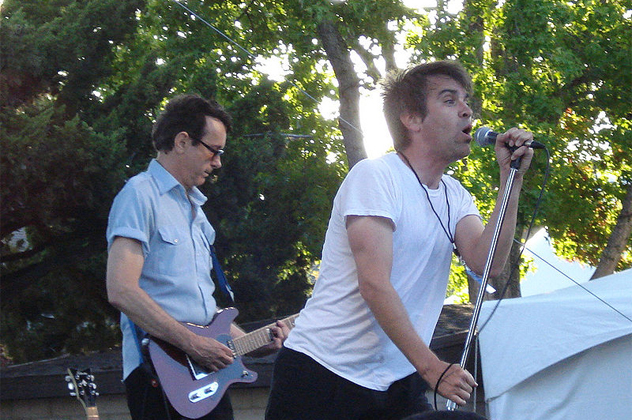 The California hardcore punk band the Dead Kennedys were one of the first major players in the West Coast DIY scene. Upon being invited to play at the Bay Area Music Awards to add some “New Wave credibility” to the event, the band decided that they were just going to mess with everyone involved. The band spent the entire day practicing the song they had been invited to play (their hit “California Uber Alles”), only for frontman Jello Biafra to announce a few seconds into the actual ceremony performance, “Hold it! We’ve gotta prove that we’re adults now. We’re not a punk rock band, we’re a new wave band.”

The band then proceeded to lampoon the industry heads at the event in a five-minute impromptu performance dubbed “Pull My Strings,” during which Biafra attacked the idea of new wave as a genre and the entirety of the alternative music scene, all while throwing in a few signature bars courtesy of The Knack’s “My Sharona.” The song was never played again, but the live version was released on the band’s B-side album Give Me Convenience or Give Me Death.

Vinyl records have been making a massive comeback, and so have the quirks that come with them. Power violence act United Nations, who are no strangers to screwing with people (as their website shows), decided to take advantage of this fact on their 2014 album The Next Four Years. The title of the track “Revolutions at Different Speeds” ends up as a not-so-subtle clue as to what to do with the song.

As the band members themselves put it, “So at one speed, it sounds like a doom song, like, ‘Oh, one thing sounds wrong but it’s pretty cool,’ but you put it at 45 and it’s like, ‘Oh it sounds like Orchid, but some parts sound really high and weird.’ ” This isn’t United Nations’s first instance of experimenting with the format. Their first album featured a track named “Subliminal Messages” which, when played in reverse, asked the listener to “please turn this back around” after repeatedly threatening them. 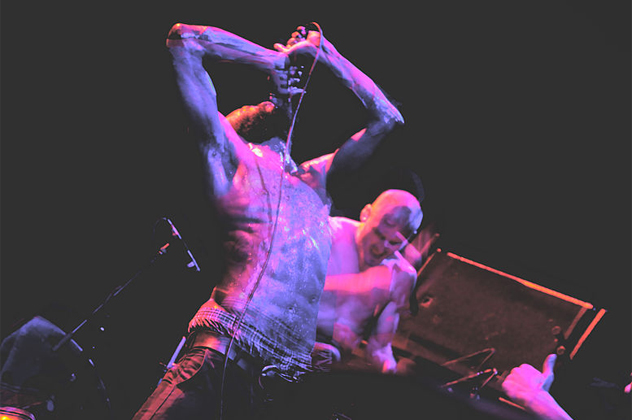 Death Grips’s entire career could be seen as a single, massive attempt to screw with their audiences. From organizing shows halfway across the country with no intention of going, to signing up for a nationwide tour with Nine Inch Nails only to break up weeks before the tour began, they’ve done it all. But no move is quite as confusingly against the curve as the release of their second album, No Love Deep Web. It was the follow-up to their critically acclaimed major label debut The Money Store, and the band wished to release No Love Deep Web as soon as possible. Their label, on the other hand, wanted to sit on the record for a while to build hype.

Unhappy with this decision, the band decided to leak the album through their official website as an insult to their soon-to-be-former employers. As the icing on the cake, the band released the album with a cover consisting of nothing but an iPhone photo taken from the studio bathroom. The picture showed the drummer’s erect penis with the album title scrawled on it in marker. 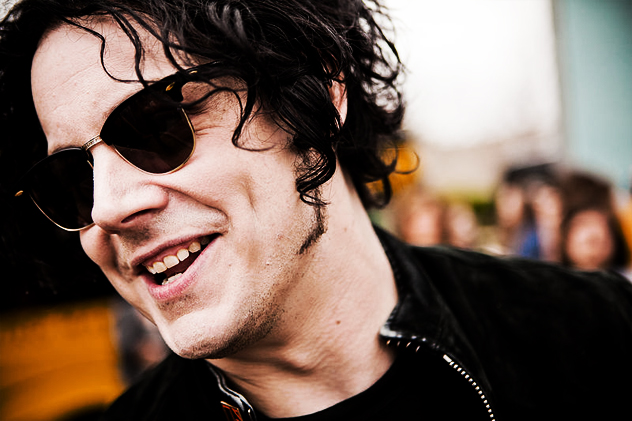 Jack White, now one of the decade’s most popular and celebrated rock guitarists, has always been fairly strange, but nothing comes close to what White did before his music career really began to take off. Back when he was playing with The Upholsterers in 2004, White worked as a furniture maker’s apprentice with his bandmate Brian Muldoon. During this time, he proceeded to hide 100 demo records for his band within an unconfirmed number of couches.

He did not inform any of the buyers that he would be doing this, and considering the time gap between that point in his career and his current fame, it’s unlikely any of his previous customers would remember the name of the lanky kid who made their couch. In December 2014, roughly 14 years later, the first demo record was found. The discovery of a second came shortly after. This leaves 98 more records unaccounted for, according to White. 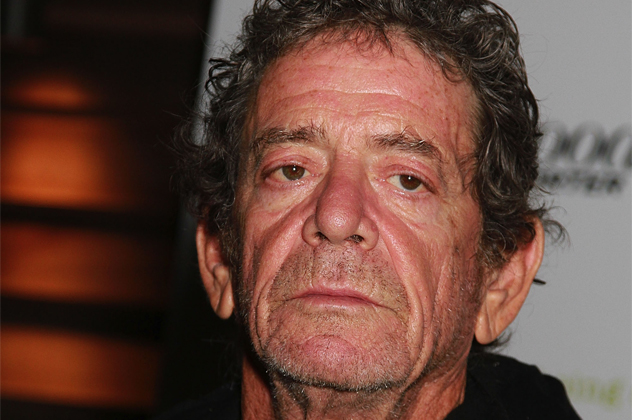 A year after the release of his most commercially appreciated work at the time, Sally Can’t Dance, Lou Reed of Velvet Underground fame created an experimental record known as Metal Machine Music. It consisted of a recording of the feedback of two guitars hooked up to different rigs for about an hour and a half. Despite its inaccessibility and lousy initial reception, in time, more people grew to accept it, claiming it as an inspiration to their own works.

These acts include cult favorites such as My Bloody Valentine and more well-known acts such as Sonic Youth, who went on to spearhead the noise-rock movement. On top of that, the album has been cited by many as the first instance of the noise genre, or at the very least the album that popularized it. Despite this, Reed has been quick to point out that the entire thing was a joke and an ego trip on his part. 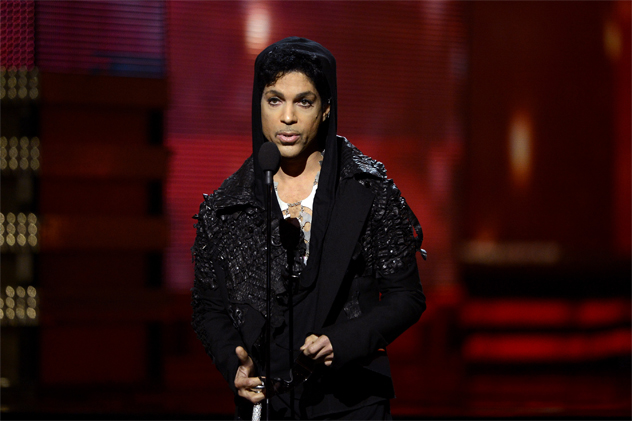 Funk legend Prince has never been in the habit of doing what he’s told. So when he found himself locked into a contract that was stifling his creative process, Prince decided to get even more creative. Upon realizing that Warner Bros. only had a claim to music written and performed under the “Prince” moniker, he announced that he was producing music under a new name. The problem was, the new name consisted solely of an unpronounceable character made up of the male symbol, the female symbol, and the alchemical symbol for soapstone.

The character, dubbed “the love symbol,” protected Prince from legal ramifications, as nowhere was it specified within the contract that Prince the person required the blessing of the label to release music—the contract only covered Prince the band. In a final “kick them while they’re down” detail, this new project would quickly come to be known as “The Artist Formally Known as Prince.”

AFI first gained popularity as an indie band. So after signing with Dreamworks records, the band wanted to make it clear that although they were joining the big leagues, they weren’t giving up any creative control in the process. And thus the five flowers mystery was born.

Fans traced the trail of the clues through eerie videos, cryptic answering machines, bizarre websites, and the dusty back room of a California comic book store. Although difficult to find now, as the mystery has been out of action for seven years, remnants of the bizarre scavenger hunt exist in the linear notes of the band’s albums Sing the Sorrow and Decemberunderground. A compilation of four videos used during the mystery can also be found as an Easter egg on their live DVD I Heard A Voice. 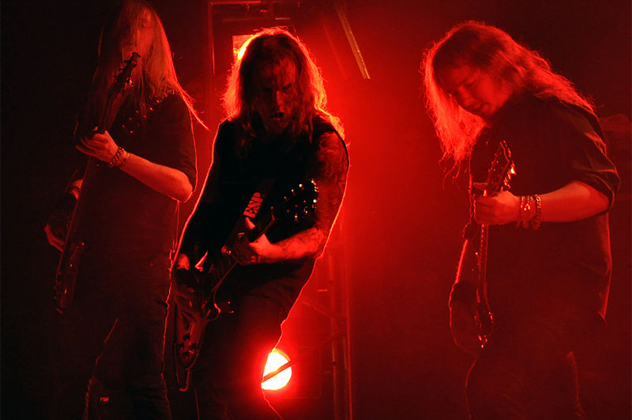 The world of black metal is just as much about theatrics as it is about the music. And while those theatrics tend to come in the guise of face paint and sheep’s heads onstage, some prefer to take a more in-depth approach. Such was the idea of self-described “suicidal black metal” act Shining. Things first took a strange turn when their vocalist, a man who goes by the name of Niklas Kvarforth, vanished in 2006.

The rest of the band gave a statement on the disappearance, announcing that the band would be continuing with a new vocalist named Ghoul, as per Kvarforth’s last requests before vanishing. A year later, the band announced their first show featuring the new vocalist. Come showtime, Ghoul appeared on the stage and revealed himself as Kvarforth to the attendees. During the show, he hacked at himself with razor blades and other sharp objects, pausing only to start fights with both the audience and guest vocalists (kicking one square in the chest) and to give the razors to the crowd. Shining is still a cult favorite.