On December 31, 2014, Greece formally dissolved its parliament, triggering a snap election scheduled for today. With the country currently driven by sky-high unemployment and painful austerity cuts, most analysts are predicting a victory for the far-left Syriza, a party dedicated to anti-austerity measures and writing off a ton of debt. Should they win, Europe may well undergo seismic changes. The following outcomes are all far from certainties, but any that come to pass will affect not just the Greeks but everyone on Earth.

10The Death Of The Euro 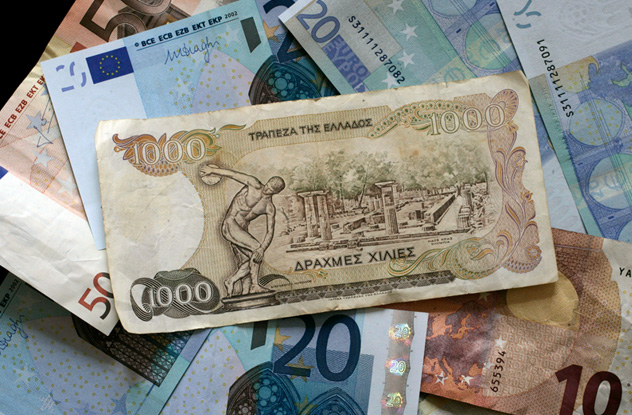 Used in 19 countries, the euro is possibly the second-most important currency on Earth. Global debts are issued in it, other currencies are pegged to it, and plenty of countries use it as a reserve. The Greek elections could sweep all this away.

As a euro country, Greece has the power to destabilize the entire currency with its fiscal decisions. Rather than go down that route, Germany recently said it would rather an uncooperative post-election Greece exit the euro altogether—a course of action known as a “Grexit.” While Berlin is counting on a Grexit strengthening the stable Eurozone economies, there could be an unfortunate knock-on effect: panic.

According to the AFP, a Grexit could trigger a “financial stampede.” As investors desert the Eurozone, growth could be strangled, and fallout from the Greek crisis could spread across larger countries. With the European Central Bank (ECB) not having enough funds to bail a big economy going under, the Eurozone might well be forced to break up—signaling the end of the single currency.

This would have global repercussions. Even economies like the US and Canada would be badly hit, let alone those actually in Europe. 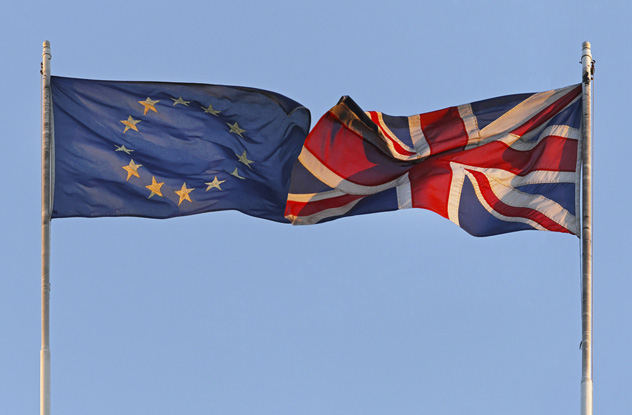 A Syriza election win wouldn’t automatically lead to a Grexit. But it could lead to a fresh bout of uncertainty and instability—which in turn could affect the outcome of the UK elections in May.

As we mentioned in our Scottish Referendum article, the UK is one of the least enthusiastic members of the EU. A majority of the population have said they’d vote to leave if there was a referendum on staying in. Of the two main parties, the Conservatives currently favor such a referendum, while Labour opposes it. At the moment, Labour is the (slim) favorite to win the UK election. However, if the backdrop to the campaign is a potential new European crisis, the Conservatives may well clinch a victory, triggering a referendum and a likely Brexit.

Should this happen, Europe would be shaken to its core. With one of its biggest economies gone, the EU would be severely weakened just as it was trying to cope with an existential crisis. According to Reuters, a Brexit would also provide a roadmap for other countries looking to leave the EU, opening the door for total disintegration.

8The Political Death Of Angela Merkel 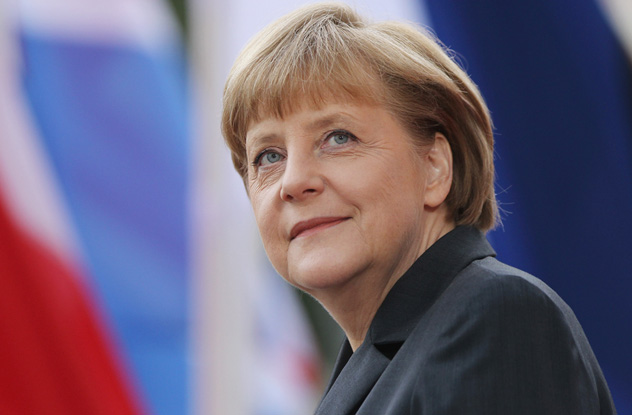 As Chancellor of the strongest economy in the whole EU, Angela Merkel has been Europe’s unofficial leader for nearly a decade. However, a botched reaction to the Greek elections could kill her political career. With Syriza demanding an easing of austerity, Merkel may have to start throwing her support behind quantitative easing to keep Greece in the EU. As the Financial Times has pointed out, this would expose her to her party’s right flank, potentially destroying her power base at home.

Although this sounds like a local issue, the consequences would be much farther reaching. Since the European debt crisis, Merkel has effectively been holding the EU together, creating a united policy that limited economic damage in 2011 and 2012. She’s also the one guiding the continent on global issues. Thanks to her efforts, Europe responded to Putin’s annexing of the Crimea with sanctions. If Merkel loses her strong support base at home, she loses the clout to persuade other EU leaders to keep Putin in check. Already, France’s president Francois Hollande is talking about lifting sanctions on Russia, even as Ukraine continues to suffer along its eastern border. 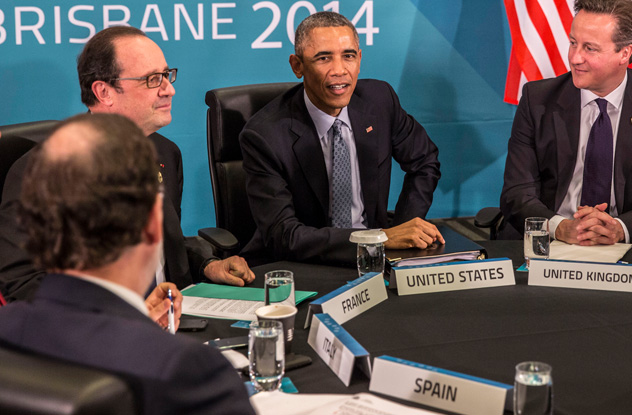 On January 5, 2015, Bloomberg reported that fears over the Greek election had caused Italian and Spanish bonds to plummet. Along with Portugal, the two countries are considered among the least stable in the Eurozone, with high debts and enormous deficits. While they’ve come a long way since the days of PIIGS, some still consider them exposed to potential Eurozone shocks. Were a Grexit to become a reality, this could have some nasty consequences.

In a recent comment piece, The Telegraph raised fears that bond markets would react to a Grexit by preparing for defaults and exits in other weak EU economies. This would send borrowing costs skyrocketing across the region, raising the troubling prospect of an economy as large as Italy collapsing. While the ECB could probably handle a Greek emergency, shoring up Italy would be well beyond its scope.

However, not everyone agrees. Many dispute the possibility of a contagion effect and think any crisis would be limited exclusively to Greece. 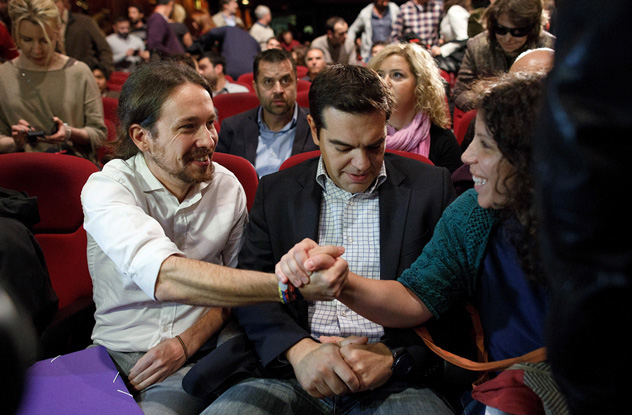 In spite of their hard-left and anti-austerity policies, Syriza are still pro-EU. Ideally, the party wants Greece to remain in the Eurozone, making positive changes from inside, rather than crashing out and causing a crisis. That position could well lead to a continent-wide rethink on austerity.

With desire for a Grexit low across most of Europe, the assumption is that EU leaders will at least consider Syriza’s proposals for dealing with debt. What they’re proposing is similar to FDR’s Depression-attacking New Deal. The minimum wage would rise, large projects would be undertaken, debt would be written off, and an emergency employment program would be instigated.

Were this approach to be successful without causing a Grexit, The Guardian has argued it would spur austerity-struck nations across the continent to change tactics. If such Keynesian programs were widely undertaken and austerity axed, it could halt the growth of voter disillusionment across the continent. 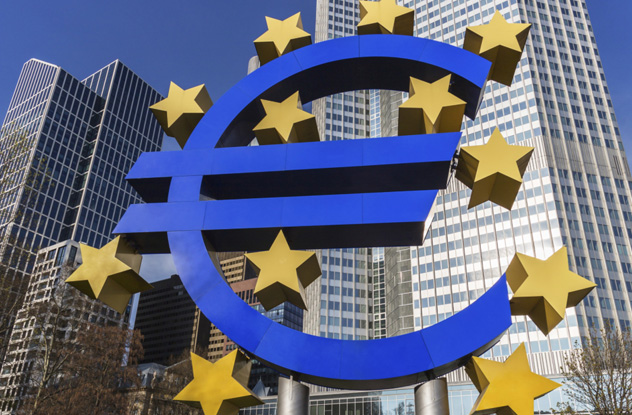 But even if a Grexit is inevitable, some people think this could be a good thing. Until recently, Berlin’s line on Greece leaving the single currency has been that it would cause a “domino effect”—knocking down Eurozone economies one by one until nothing remains. But over Christmas 2014, that position shifted. According to Der Spiegel, Berlin now thinks losing Greece could actually benefit the euro.

Referred to in the Bundestag as “chain theory,” the idea likens the Eurozone to a chain. Removing the weakest link (Greece) and fastening the remainder together would make the rest stronger.

Not everyone buys this theory. But there are signs coming from Brussels that people are beginning to look almost favorably on a Grexit. If it indeed comes to pass and the rest of the Eurozone survives, the remaining 18 countries could well emerge stronger and better equipped to deal with future crises.

4Deadlock And A Greek Disaster 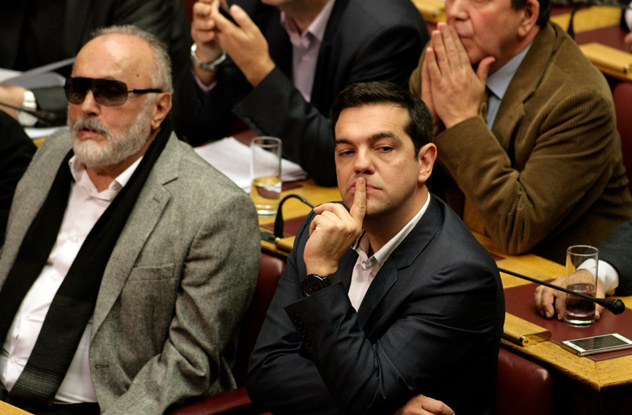 The snap elections in Greece are a result of Greece’s tricky political system. Instead of simply handing the crown to whoever gets the most votes, the parties are assigned seats in parliament based on their results. Parliament then votes to elect a president. If no candidate secures three-fifths of the parliamentary vote, no one is elected president, and a snap election is called. This happened last time, and it could happen again.

Although Syriza are expected to get the most votes, no one expects the party to secure a majority (a rare event in Greek politics). Instead, it will have to form a coalition with another party or two. However, Syriza is toxic to so many other parties they may not be able to find enough MPs to join them. The result: another deadlock.

For Greece, this deadlock could be disastrous. As happened in 2012, Brussels may try to install a “caretaker” government, or another election may have to be called. Greece’s last bailout expires at the end of February and needs to be renegotiated. If no party has the legitimacy to do so, it could well lead to a protracted crisis for the country that could last for multiple years. 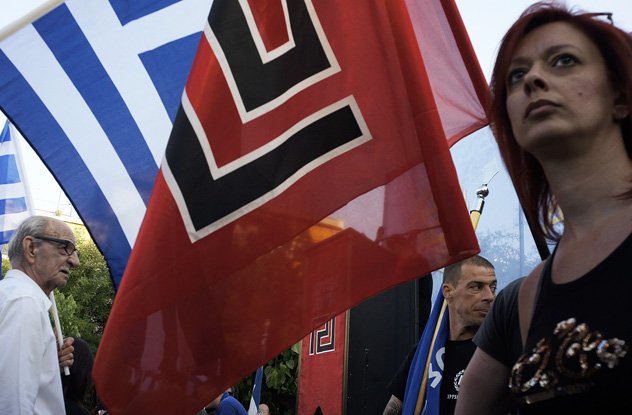 Although Syriza are routinely described as “far left,” they’ve got nothing on their right-wing equivalents. Golden Dawn are an openly Nazi party whose members have been accused of human trafficking and planning to violently overthrow the Greek state. While there’s little chance of their winning the election, the outcome will certainly have an effect upon their strategy. If Syriza manage to take the crown and implement policies deemed too far left, or even fail to win significant concessions from Europe, Golden Dawn may well take things in a terrifying new direction.

Over the past two years, Golden Dawn and militant far-left groups have had enough deadly encounters to put the country on edge. With the civil war and military dictatorship still within living memory, any tensions between far-left and right have the ability to spill over into something worse. Already, Golden Dawn members are alleged to be arming themselves with Kalashnikovs and drawing up lists of targets. There are fears that messy elections could lead to deadly clashes or even worse. 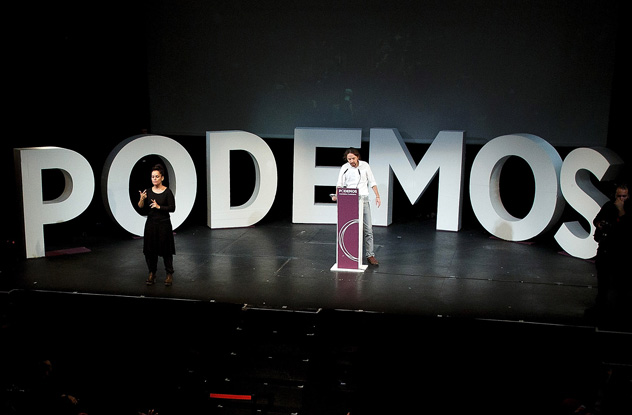 Syriza first came to widespread public attention in 2010, riding a wave of euroskepticism that saw the party promise to default on Greek debt and go crashing out of the Euro. The party has since remodeled itself as pro-EU but remains unabashedly populist. This is important because Brussels now fears that a Syriza win in Greece could spark off the election of populist euroskeptic parties across the continent.

In Spain, the anti-austerity Podemos party is already leading the polls for this year’s elections. In Portugal, trust in traditional parties has all but collapsed. Italy, too, is home to a growing anti-Europe movement, and the UK (as we mentioned above) may well already be heading for an exit. If Syriza’s success spurs these parties and movements on to victory, consent for the Euro-project will reach an all-time low from which it may never recover.

Whether this is a good or bad thing depends entirely on your view of the EU, but dismantling it would be one of the biggest geopolitical shakeups since the fall of the Berlin Wall. 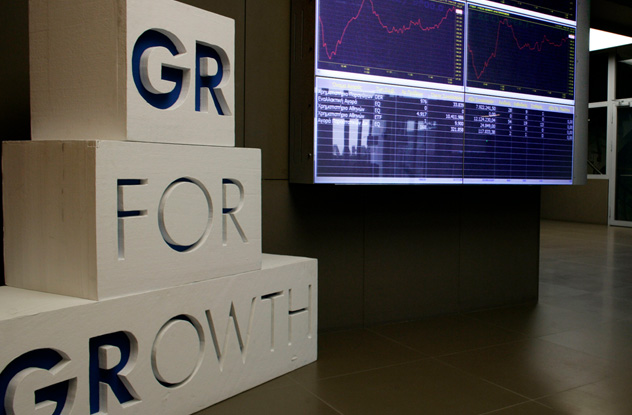 In 2002, Brazilians elected a charismatic, hard-left leader who talked up unorthodox economic positions and sowed doubt that the country would service its debts. Investment took flight, a total economic collapse was predicted—and nothing happened. Instead, Brazil’s leaders took a more moderate approach in power and wound up engineering an economic boom.

Although the general consensus is one of wariness, Syriza might pull off a similar miracle in Greece. In the UK, The Telegraph has argued that a Syriza win that pulls the Greek economy out the Euro is exactly what the country needs to ignite a flame of prosperity. Tim Worstall of the Adam Smith Institute has written that a Grexit would ultimately save the Greek economy. Some are even wondering if Greece might pull off a successful version of the catastrophic default that damaged Argentina.

If Greece does manage to exit the Euro, drop austerity, and still emerge as a success story, it would be significant. The orthodoxy of how to deal with a tanking economy in the Eurozone would be turned on its head. New methods could be used in other debt-ridden countries as an alternative to endless austerity.

However, that’s a pretty big “if.” Plenty of people disagree with this analysis and think a Grexit would severely damage Greek society. Whether they’re right or wrong, today’s elections will resonate far beyond the country’s borders.