Professional sports are highly competitive and feature the very best athletes and coaches from all over the world. The stakes are often quite high, as there is a great deal of turnover among coaches, executives, and players if success is not achieved very quickly. It’s no surprise then that professional sports teams are constantly on the lookout for any edge they can find to beat their opponents. What follows are 10 of the strangest ways pro sports teams try to gain an advantage. 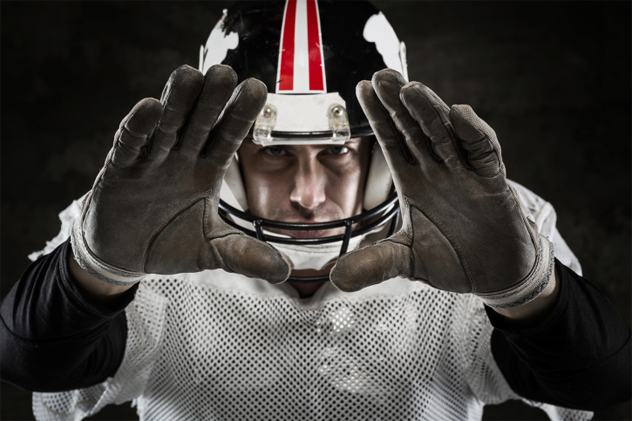 The Bucks hired Dan Hill, a facial coding expert, for the evaluation process related to the NBA draft. With the help of Hill’s analysis, the team decided that Jabari Parker had the emotional wherewithal to be successful in the NBA, whereas another player, Dante Exum, might not hold up emotionally. The facial coding analysis played a significant role in their selection of Parker over Exum. The Bucks—along with other pro sports teams—are now analyzing “emotion metrics” in order to gain a better understanding of their players so that the team can get the most out of them from a performance standpoint. 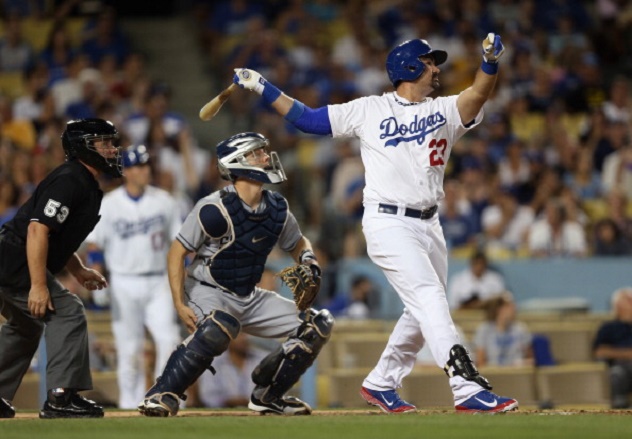 Fans of the Los Angeles Dodgers were understandably frustrated with the direction of the franchise under then-owner Frank McCourt, whose divorce proceedings revealed some of the financial mismanagement that had caused the Dodgers to have disappointing seasons during his reign.

One of the oddest things done by the McCourt regime was the use of “V energy,” for which the Dodgers paid a Russian scientist-turned-healer a six-figure salary. Vladimir Shpunt, living in Boston, was on the Los Angeles Dodgers payroll to send positive energy to the team from across the country.

Shpunt, who admittedly knew nothing about baseball, emigrated to the United States with the help of future Nobel prize winner Zhores Alferov, a physicist who stated that Shpunt was an “eminent scientist” and “outstanding inventor.” So for five years, Shpunt was paid a considerable sum to send positive energy to the Dodgers, and he was even asked to treat a player, Jayson Werth. The “V energy” did not work for Werth, and it is difficult to believe that it ever worked for the Dodgers, either. The team was, however, clearly committed to exhausting every available option in order to win a World Series title. 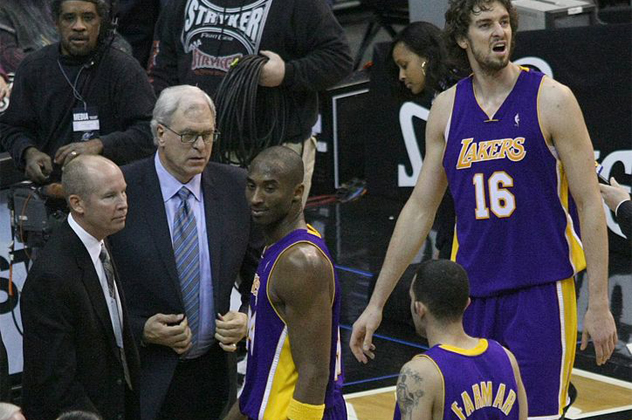 There have been many interesting coach/player pairings in the history of sports, but Phil Jackson and Shaquille O’Neal must have been a true joy to watch. O’Neal, now a commentator for TNT, has talked about Jackson’s triangle offense quite a bit, but one of the more interesting aspects of Jackson’s sessions has to be his use of meditation during practice, a tactic he employed with both the Chicago Bulls and the Los Angeles Lakers. On occasion with the Bulls, Jackson also had the team practice in the absence of light and in the absence of sound.

Jackson was also well known for giving out books to his players as gifts, usually because the book contained a lesson that was particularly appropriate for the player. Jackson once gave O’Neal a copy of the book Siddhartha by Herman Hesse, and then jokingly asked the jovial big man to give him a book report. O’Neal obliged after reading the book, saying, “Story about a young man who’s rich, famous, good-looking, and has a lot of women—just like me.” 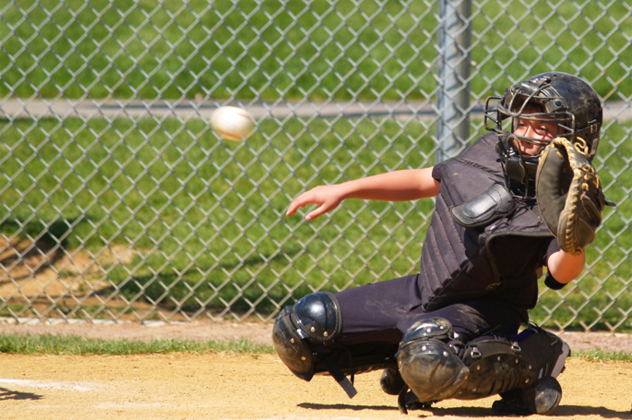 Professional sports teams have become heavily invested in properly analyzing players, including those they currently employ and those they may target in the future. In order to completely understand a player’s value, teams have begun using advanced analytics. An NBA general manager may have once looked at a player’s points-per-game and rebound averages while also relying on scouts for further analysis, but they are now looking at things like PER (player efficiency rating), win shares, and rebound percentage (the percent of the available rebounds grabbed while the player was on the floor).

In baseball, things have gotten very specific. It was once the case that a player’s batting line (batting average, home runs, and runs batted in) was used to tell most of the story, but teams are using reams of data to determine the true value of a player. One of the more interesting developments relates to pitch framing, a metric used to determine how well a catcher “frames” a pitch. Catchers can now be judged based on how many pitches they are able to get called as strikes, regardless of whether the pitch was in the strike zone or not. The accumulated value of pitch framing is quantified by runs saved, which can be as many as 50 over the course of a single baseball season. 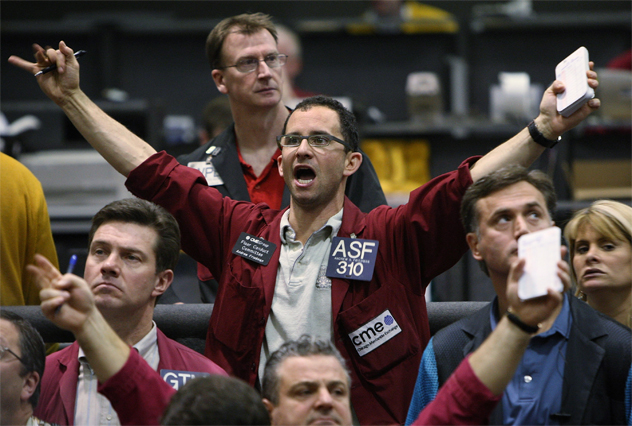 Being able to identify undervalued assets and market inefficiencies are of vital importance to those working on Wall Street, and given the deep understanding of advanced financial strategies, many investment bankers are finding that their experience has made them a hot commodity in Major League Baseball.

Andrew Friedman, formerly of the Tampa Bay Rays and now with the Los Angeles Dodgers, is a perfect example of this. After leaving his position as an analyst at Bear Stearns to join the Rays’ front office, Friedman began applying his Wall Street strategies to turn a losing team into a small-market monster. He worked feverishly at identifying market inefficiencies that allowed him to sign players to affordable, long-term contracts, allowing him to compete with other AL East teams that carried $100 million more in payroll each season.

Friedman values the information that he and his staff utilize so greatly that new hires are required to sign a non-disclosure agreement, allowing Friedman’s front office to maintain an information advantage. 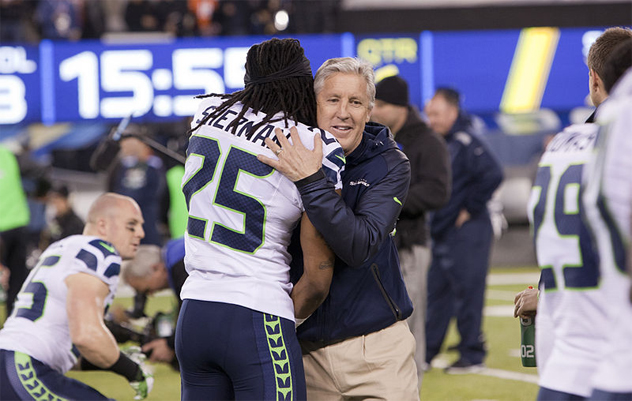 For many years, it has simply been accepted that participation in competitive sports is going to involve quite a bit of yelling. Perhaps not on the level of a Bobby Knight tirade, but screaming and harsh criticism are generally considered par for the course when playing for a team that has championship aspirations.

But not for the Seattle Seahawks.

Pete Carroll, the head coach of the defending Super Bowl champions, has worked very diligently to ensure that his players enjoy a happy atmosphere. Everyone in the organization is instructed to maintain a positive disposition, with Carroll pushing his players to “do your job better than it has ever been done before,” rather than chastising them when a mistake is made. The Seahawks have adopted Phil Jackson’s practice of having players meditate as a part of practice, and they have also added yoga sessions and “imagery work,” which is a part of Seattle’s Neurotopia brain-performance testing. 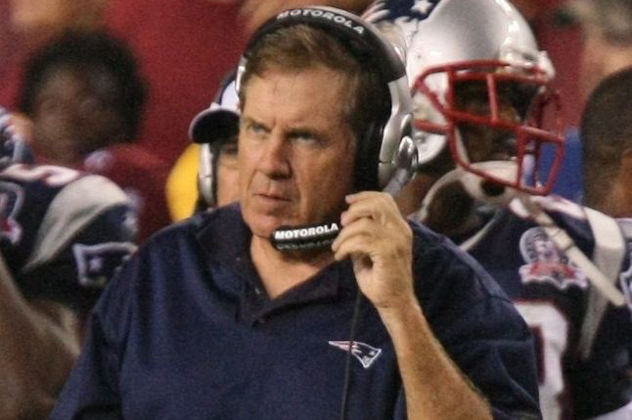 Although we wrote this list before the explosion of “Deflategate,” it isn’t the first time the Patriots have been in hot water. In one of the more infamous scandals in recent NFL history, Bill Belichick and the New England Patriots were heavily fined and penalized for an incident known as “Spygate,” in which the coach and other members of the team spied on the New York Jets in order to steal their sideline signals. A Patriots intern videotaped the opposing team’s defensive signals so they could be decoded, allowing the Patriots to know exactly what the Jets were doing well before they did it.

In order to make full use of the information the team had uncovered, the Patriots also set up a hidden radio frequency through which a member of the team’s personnel could communicate with the quarterback long after the NFL’s mandated time, which prohibits communication from the sideline to the field once the play clock is down to 15 seconds. This allowed Patriot coaches to talk to quarterback Tom Brady while plays were going on, and it has been reported that the coaches were telling Brady which receivers were open on each play.

A recently published book on the subject contends that the spying has not ended, and may be the reason that the Patriots’ home record has been so strong over the years—and why so few coaches have had success after leaving New England. 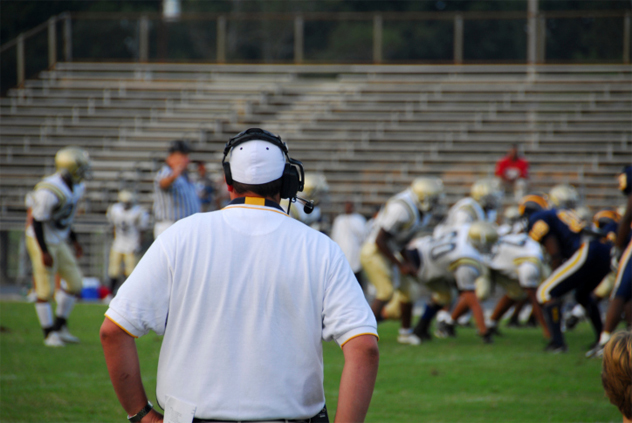 Because of the ease with which NFL sideline signaling can be deciphered by opponents, many teams now take protective measures to maintain the secrecy of their calls. The Philadelphia Eagles are a bit more paranoid than others, and have gone to extreme measures to ensure that no opponent can crack their code. Chip Kelly, the Eagles’ head coach, uses multiple assistants, each holding various placards at different times while wearing a specially colored shirt, arm band, or hat.

To see just how well Kelly’s code worked, ESPN tried to crack the code using a mathematician and a team of photographers back when Kelly coached at the University of Oregon, but were unable to discern how the placards and colors related to the plays that were ultimately run. Kelly also employs a sports sciences coordinator—Shaun Huls, formerly the strength and conditioning coordinator for none other than the Navy SEALS—in order to ensure that his players are mentally and physically prepared for the demands of the Eagles’ system. 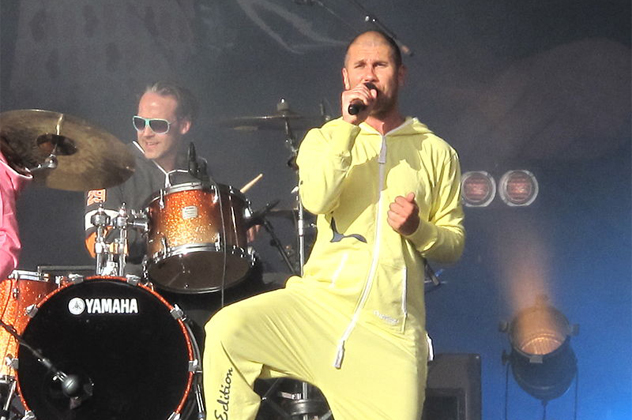 World Cup qualifying is taken very seriously by athletes and fans alike. In many cases, helping a team to victory becomes something of a national effort. Such was the case when the Swedish national team faced off against Portugal, and the home side attempted to find every advantage it could.

They first tried to leave the roof of the arena open despite freezing temperatures and the very high likelihood of snowfall. But while keeping the arena roof open only provides a small advantage to the home team, having a concert held outside of the opposing team’s hotel and scheduled for 7:15 AM does provide a decided edge. Markoolio, a singer/songwriter, scheduled the concert in order to keep Portugal from a solid night’s rest, rapping insults in a language unfamiliar to them.

This was not the first time a stunt like this was attempted, as Algerian fans also disrupted the sleep patterns of the Burkina Faso team by blowing car horns, setting off fireworks, and using the most infernal of all noisemakers, the vuvuzela. 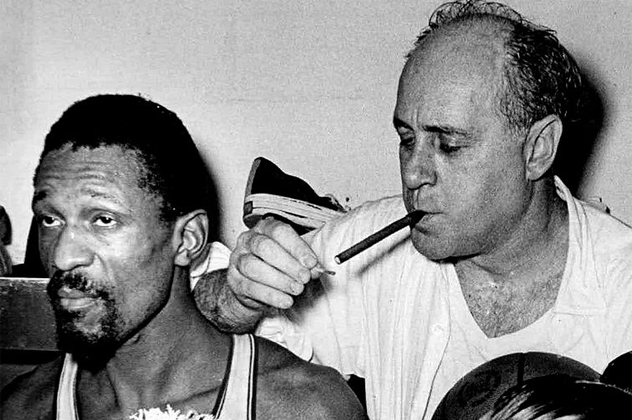 The Boston Celtics were one of the best teams of the 1980s, and Red Auerbach was one of the most innovative executives in the history of basketball. So it comes as little surprise that Auerbach ensured that the visiting locker room was as hot as a sauna and its showers were freezing cold. It got so bad that, during the 1984 NBA Finals, the Lakers furiously demanded that their locker room include an air conditioner. So Auerbach gave them one, still in its package and on the floor.

The tactic worked for the Celtics, and Game Five in Boston saw the Boston Garden reach a temperature of 36 degrees Celsius (97 °F). Larry Bird excelled, scoring 34 points and collecting 17 rebounds, all while the Lakers’ players—including all-time scoring leader Kareem Abdul Jabbar—struggled, some needing oxygen just to make it through the game. Boston won the game and the series in seven games to earn their second championship of the 1980s.