In the days before Twitter and TMZ, if a project or event didn’t come off as planned, or was never intended for public consumption, it was way easier to forget it ever happened. Most of the following reunions of major public figures didn’t generate the headlines they deserved in hindsight. Or, if they did, they were subsequently erased from public knowledge.

While bitterly insulting his former partner in the press, Lennon maintained a secret friendship with McCartney following The Beatles’ 1970 breakup—especially in 1974, while Lennon was separated from his wife, Yoko Ono, and keeping company with their personal assistant, May Pang. The former Beatles saw each other often, according to Pang, and even recorded once. On March 28, 1974, they tracked several songs together at LA’s Burbank Studios. Lennon sang lead and played guitar, while McCartney added harmony and drums (on Ringo Starr’s kit, actually, although their former drummer wasn’t present).

The occasion was the first night of sessions for singer Harry Nilsson’s Pussy Cats album, which Lennon produced. (Nilsson and Stevie Wonder also sat in.) It’s more accurate to report, however, that tape merely rolled as the ad hoc band plodded—with Lennon in an apparently altered state—through substandard renditions of the rock classics “Lucille,” “Sleep Walk,” and “Stand By Me.” The public was completely unaware of this session until it was revealed in Pang’s 1983 book Loving John. And even after that, many questioned the account until the tape surfaced. The remarkably unremarkable results can be heard in the aptly named A Toot and a Snore, above. 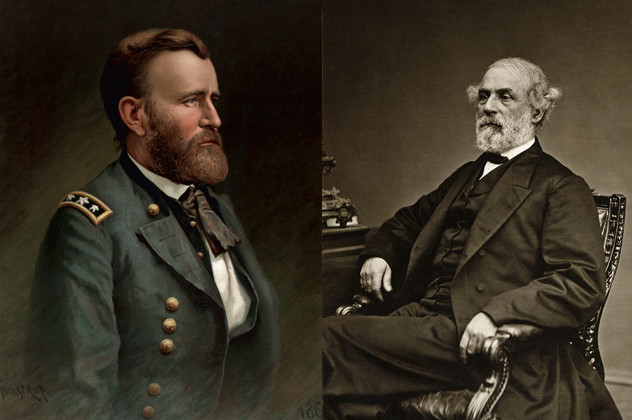 On April 9, 1865, General Robert E. Lee surrendered 28,000 Confederate forces to Union Army commander Ulysses S. Grant. After trying to kill one another for more than two years, the two men entered a home in the oddly named Virginia town of Appomattox Court House to end the bloodiest war in American history. But this would not be their last meeting. On May 1, 1869—a year before his death at age 63—Lee, president of Washington College (later Washington and Lee College), accepted newly elected President Grant’s gracious invitation to the White House.

Although no one recorded what was said during their 15-minute meeting, a witness described the tone as somber. Anthony Bergen believes that they probably addressed the progress of North/South reconciliation, and possibly the time the two spent more than 20 years earlier as army buddies during the Mexican-American War. Lee is the only American in history to have visited the White House after being stripped of his citizenship. (President Gerald Ford restored it 106 years later.) 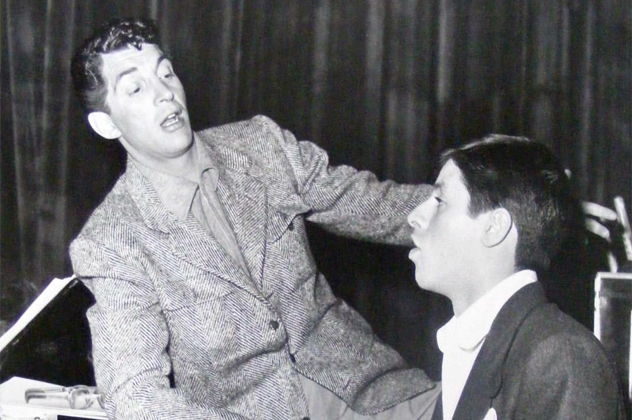 On July 25, 1956—10 years to the day after they became the comedy team that went on to star in 16 movies—Dean Martin quit being Jerry Lewis’s straight man to become the serious singer he aspired to be. The two wouldn’t speak again for 20 years. Their reunion, on Lewis’s annual muscular dystrophy telethon in 1976, was seen by millions. But only a crowd of a few hundred witnessed the last onstage reunion of Martin and Lewis.

In 1989, Martin, in Vegas doing a week of shows at Bally’s, was greeted by Lewis bearing a cake for his 72nd birthday. Lewis thanked him for all the years and said, facetiously, “Why we broke up, I’ll never know.” Martin replied: “You surprised me. I love you and I mean it.” Their 1976 reunion didn’t spill over into their personal lives, and the famous duo remained estranged until 1987. That’s when Martin’s son, Dino Jr., was killed in a plane crash. When Martin found out that Lewis secretly attended the funeral, he called his old partner and they patched things up for real and remained close until Martin’s 1995 death.

Following the stroke that forced Curly Howard out of the trio that had made him a legend, he was replaced by his older brother Shemp Howard (who was actually Curly’s predecessor in their old vaudeville act). While Curly dreamed of the reunion that would never be—he never recovered and died in 1952—he managed to appear in Shemp’s third Stooges film, 1947’s Hold That Lion!

Stoogemaniacs are well aware of the appearance, but it’s not widely known because Curly grew his trademark shaved hair back and appeared only as an extra: a passenger on a train car that the new Three Stooges passed through. According to The Three Stooges Journal, he also filmed a second reunion cameo for 1949’s “Malice in the Palace” short. However, his scenes—as an angry, mustachioed chef—were cut from the movie and the role was assumed by Larry Fine. 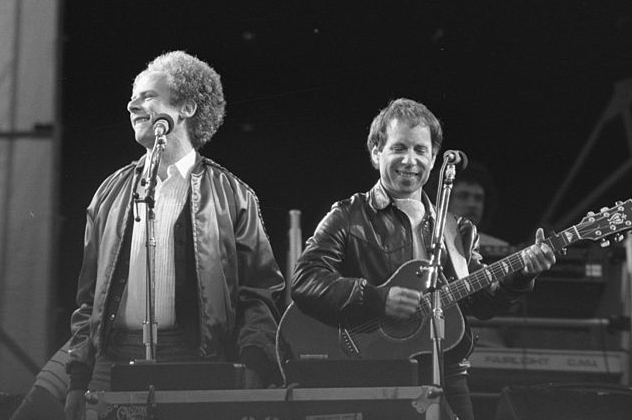 The last album this iconic duo recorded together wasn’t 1970’s Bridge Over Troubled Water after all. Thirteen years later, Paul Simon and Art Garfunkel re-coupled for an album that was to be titled Think Too Much. Fresh off their first reunion tour, they found things less harmonious in the studio. Simon, who wrote all the songs and produced, insisted on supervising Garfunkel’s vocals. But Garfunkel demanded privacy in the studio and the water got really troubled.

“I was getting to feel that I didn’t want him to paint on my painting,” Simon told Playboy in 1984. “Finally, I said, ‘This is not a good idea. I think what we have here is the partnership that wasn’t.’ ” Simon erased Garfunkel’s harmonies and released the album as his own Hearts & Bones solo album. The duo would not record again for another two decades—and then only for a one-off track, “Citizen of the Planet,” released on a live CD in 2004. 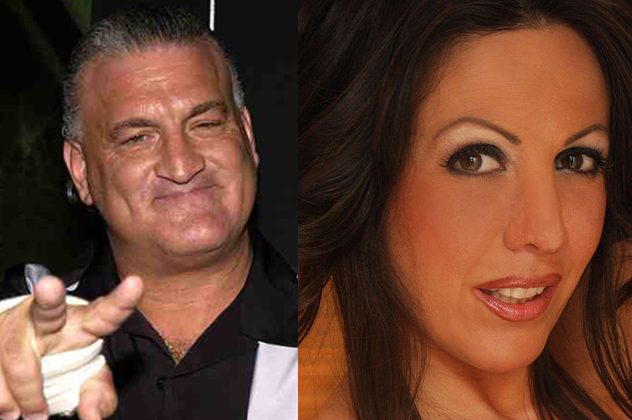 Their first romantic go-round ended in their imprisonment for attempted murder and statutory rape. (In 1992, 17-year-old Amy Fisher shot Mary Jo Buttafuoco—the wife of her lover, Joey Buttafuoco—in the face.) So why not try again and see what awesome stuff might happen this time? Joey and Amy sought to rekindle their sparks in 2007 for probably the most tasteless reality show idea ever proposed. One or more dates were supposedly videotaped by producer David Krieff to see if love could blossom again. At the time, it was reported that both of their current spouses had just filed for divorce. 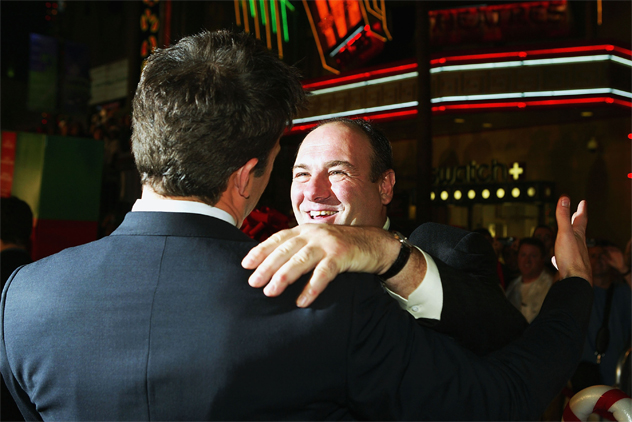 Before James Gandolfini died in 2013, he and four key Sopranos cast members reunited for a made-for-Nickelodeon flick called Nicky Deuce. In addition to Gandolfini—who played a gangster named Bobby Eggs—the 2012 film starred Tony Sirico, Michael Imperioli, Vincent Curatola, and Steve Schirripa (who also executive produced and co-wrote the books that inspired the film). The plot centered on a nerdy boy (iCarly‘s Noah Munck) who, instead of math camp, is sent to spend the summer with his uncle (Schirripa) in Brooklyn, where he mistakenly gains a bad reputation.

As a kid-friendly production, Nicky Deuce contains no violence or obscenity and—according to most critics and fans—very little quality. After a short television run, the movie quickly died on DVD. Following Gandolfini’s death, Schirripa took the high road and made no attempt to re-launch it based on its newfound tragic significance.

3Yoko Ono And Her Long-Lost Daughter 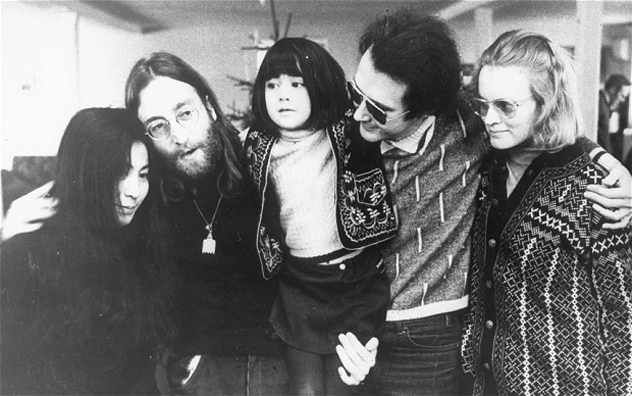 Very few people ever recognize the woman by Yoko Ono’s side when they dine out or visit Manhattan art galleries. But it’s her daughter Kyoko, 51, who was famously abducted in 1971 by her father (Ono’s first husband), British filmmaker Tony Cox. Ono and John Lennon had just won custody of the eight-year-old and launched a worldwide manhunt they announced during TV interviews with Mike Douglas and Dick Cavett. By 1980, Lennon realized that the publicity had only scared Tony and Kyoko into hiding. “We chased him all over the world,” he told Playboy shortly before his murder. “God knows where he went. So, if you’re reading this Tony, let’s grow up about it. It’s gone. We don’t want to chase you anymore, because we’ve done enough damage.”

It turned out that Kyoko and her dad had joined a cult—which they later renounced—called the Walk. According to London’s Sunday Mirror, Yoko and Kyoko reunited in 2000, after 29 years, when Kyoko phoned out of the blue. Other reports list the reunion as a few years earlier. It hardly makes up for John Lennon’s loss, but it’s sweet.

2Rod Stewart And The Faces 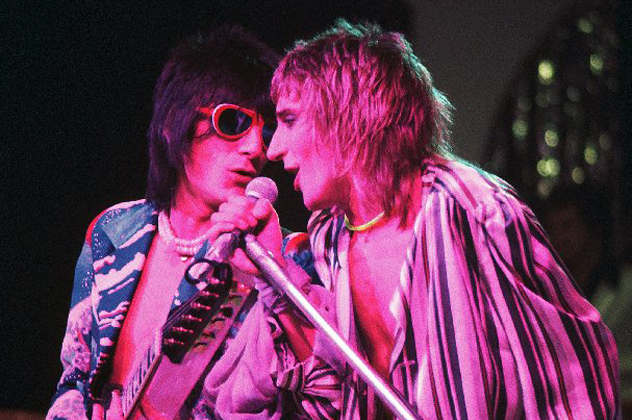 In 2008, according to the London Telegraph, singer Rod Stewart reunited the surviving original Faces. Known for its 1971 smash “Stay with Me,” the band formed when Stewart and guitarist Ronnie Wood joined former Small Faces keyboardist Ian McLagan, bassist Ronnie Lane, and drummer Kenney Jones in 1969. It split when Wood joined the Rolling Stones in 1975. One-off reunions occurred during a 1986 Stewart gig and the 1993 Brit Awards, but this one was supposed to be a keeper, featuring a tour and new recordings by all surviving original members.

However, the reunion was contained inside a London rehearsal studio. According to McLagan, who died in 2014, Stewart could no longer hit the high notes and the band resented performing in lower keys. The decision was made not to stay with Rod and to go instead with former Simply Red vocalist Mick Hucknall. He hit the high notes fine, but nobody cared. 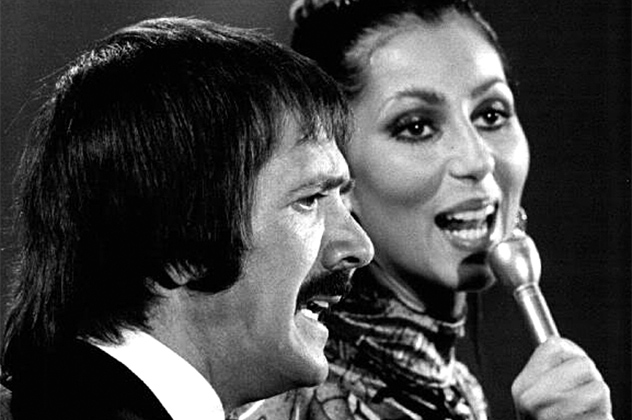 The Sonny and Cher Show, which ran during the 1976–1977 TV season, was a reunion because it aired after the couple had already divorced. Upon the cancellation of their solo variety efforts, The Cher Show and The Sonny Comedy Revue, it became clear that the world wanted to see Sonny and Cher back together much, much more than they did. The rose-colored mist of time tends to confuse this show with its more famous sound-alike, The Sonny and Cher Comedy Hour, the smashing critical and commercial success that ran on CBS from 1971 until the couple’s 1974 split.

Unlike that show, The Sonny and Cher Show was a strange and unfunny knockoff during which the couple joked about their divorce and, instead of kissing, shook hands. In addition, for legal reasons, none of the characters or skits from their earlier series could be reprised. Although it debuted to strong ratings in February 1976, The Sonny and Cher Show quickly fell out of favor and was canceled in August 1977.

Corey Levitan is a regular contributor to Men’s Health. His work has also been published in Rolling Stone, Entertainment Weekly, Playboy, the L.A. Times and New York Post. Check out coreylevitan.com or tweet him @coreylevitan.