We are all aware that when traveling overseas, you need to abide by the laws and customs of the country you are visiting. Obviously, drug smuggling, spying, and other criminal activity will earn you either a hefty fine or a longer-than-planned vacation behind bars. It’s common sense that if you break the law overseas, you face the local judicial system.

However, there are also some rather unusual ways in which you can land yourself in trouble abroad. Tourists have been fined or spent time behind bars for engaging in what many of us would consider standard holiday activities. Plagued with over-tourism, the Italians in particular have begun imposing fines on tourists to restore a level of decorum to their cities, while wearing swimwear in public or stepping on a banknote can land you in trouble elsewhere.

Here are ten surprising laws that you shouldn’t break on your next overseas trip. 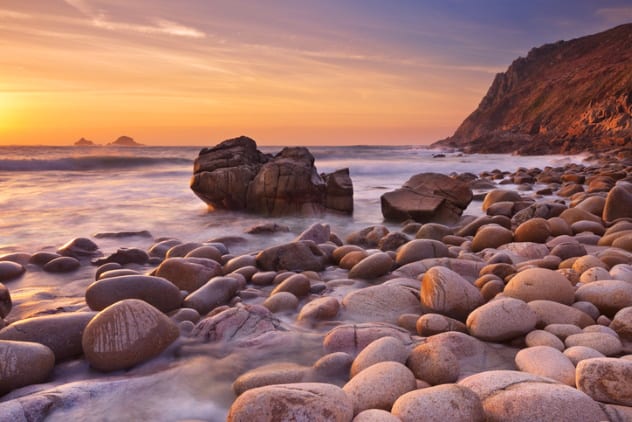 Who hasn’t come home with a shell or a pebble from their seaside holiday? In Cornwall, the local authorities became so concerned about the environmental effects of thousands of tourists swiping beach pebbles that they began imposing hefty fines. In 2018, one tourist was forced to travel hundreds of kilometers to return pebbles he had taken from the beach to avoid paying a hefty fine of £1,000.[1] In Sardinia, authorities have taken a similar stance toward tourists removing sand from their beaches.

While the souvenir-hunters above may seem relatively innocent, there are those who are nothing short of vandals, such as the tourist who took a chunk out of the Colosseum in Rome to remind him of his travels or the woman who thought it was quite okay to lift a couple of tiles in Pompeii to take home as a souvenir. Perhaps they haven’t heard the popular “responsible tourism” saying, “Take nothing but photos; leave nothing but footprints.”

9 Eating In Public In Florence 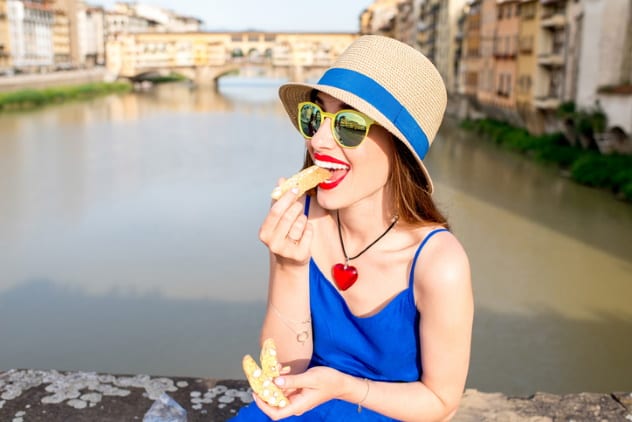 Wandering through the Italian city of Florence eating a gelato or sitting in the piazza enjoying a pizza for lunch seem like a perfectly ordinary vacation activity. However, as is the case in many popular Italian destinations, the residents of Florence have become impatient with the hordes of tourists.

Picnicking vacationers blocking doorways, sitting on church steps, and often leaving quite a mess behind them have not only become inconvenient but also begun to damage some important tourist sites. Authorities originally began hosing down the church steps and cobblestones frequented by tourists each lunchtime in a bid to alleviate the problems caused by picnicking travelers. When this failed to deter visitors from eating outside, the city imposed fines of €150–500 for eating outside during lunch and dinner hours.[2]

So when visiting Florence during mealtimes, you now need to eat inside a restaurant or cafe.


8 Riding Bikes Or Being Shirtless In Venice 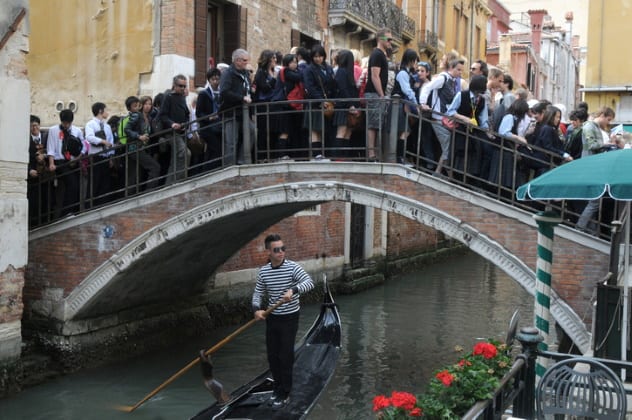 Venice has also begun to impose fines to ensure that tourists behave with a little decorum. The city is enforcing a number of new laws, including a ban on going shirtless or wearing swimwear anywhere within the canal precinct.[3]

Being dressed inappropriately will land you a fine of up to €500, even if you are sunning yourself on a boat on the lagoon. Riding a bike through the city may seem like a great budget transport option, but not when you factor in the €100 fine your cycle through Venice will cost you.

Like Florence, Venice has also imposed fines for eating in public in the main tourist precincts in a bid to ease the problems caused by messy visitors. These may seem like trivial offenses, but the city officials are prepared to ban you from entering Venice for life if you don’t comply with their new laws.

7 Bathing In A Roman Fountain 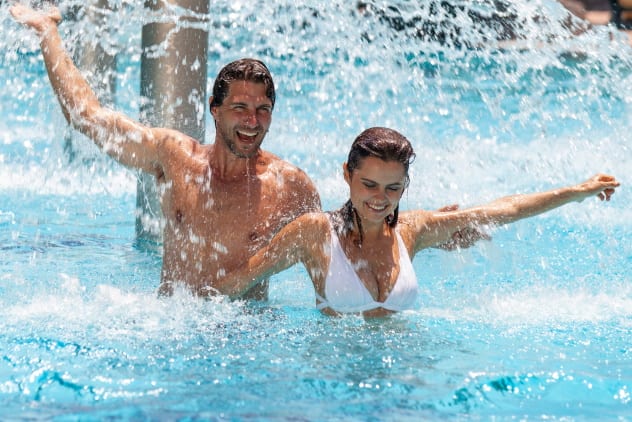 Cooling off in a Roman fountain may seem like the perfect activity for a hot summer’s day. However, even dangling your feet in a fountain will now get you a hefty fine. Like Venice and Florence, Rome is also cracking down on unruly tourists. Officials are setting standards of “decorous dress” for tourists as well as banning sitting on fountains, steps, or even the ground to enjoy an Italian picnic.

In a further bid to curb “tourist vandals,” the city has also banned bathing in any of the fountains. You can understand fining those tourists who strip down to their underwear to take a swim, but even placing your feet in the water puts you in breach of the new city ordinances. Taking a splash in the famous fountains will cost you €450.[4] 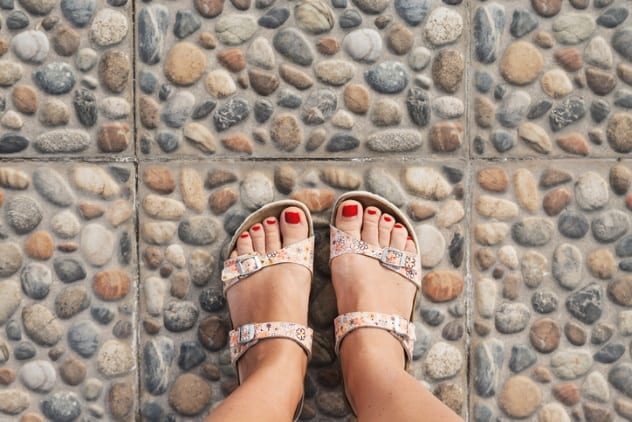 Planning a trip to the Italian seaside resort of Cinque Terre this summer? Don’t forget to pack the hiking boots. That’s right, wearing sandals or “flip-flops” in areas of the popular seaside resort will land you a hefty fine of up to $4,000.[5]

Local rescue groups have become increasingly frustrated with being called upon to save ill-prepared tourists. Many travelers amble off on a walk between the seaside towns, unaware that the paths between the villages are steep mountain trails. Wearing flimsy summer footwear, many tourists have had to be rescued after becoming stranded on the steep goat tracks.

In a bid to enforce some common sense, the local National Park authorities began imposing hefty fines on any travelers found on the trails without appropriate footwear. 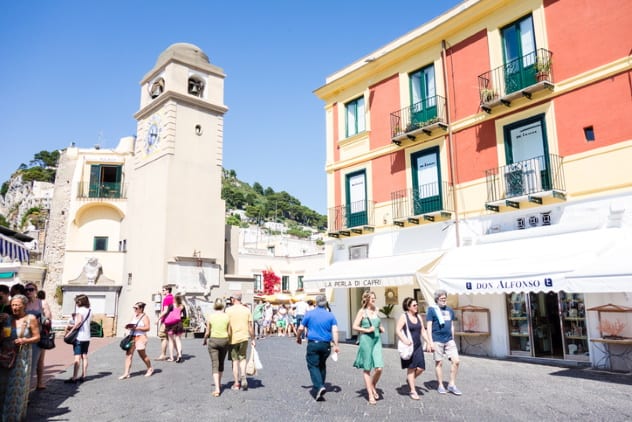 The locals in the idyllic Italian island of Capri take a lot of pride in keeping their island paradise picture-perfect. So it is little surprise that they’ve followed the worldwide trend of banning single-use plastic.[6]

Plastic straws and cups will no longer be available in any of the island’s many restaurants and cafes. To help preserve the island’s pristine beauty, tourists will also face fines of up to €500 if they are caught with single-use plastics in their possession. So, if you’re planning to take a picnic on Capri, make sure you have the old-fashioned wicker picnic basket with you.


4 Overstaying Your Welcome At The Taj Mahal 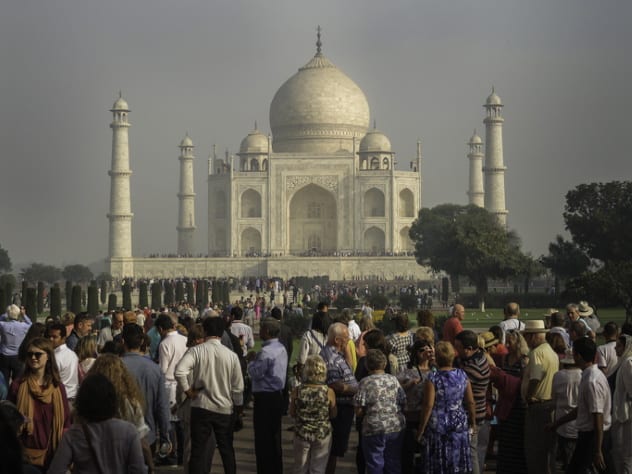 The UNESCO World Heritage mausoleum in Agra is one of the most visited destinations in the world. In fact, up to 50,000 tourists a day enter the gates to wander around, taking in the splendor of the Taj Mahal.

However, the tourist influx is becoming unsustainable, making it almost impossible to take that requisite selfie overlooking the reflection pool. As a result, authorities have begun imposing strict time limits for visitors to the site.

Not only must you prebook your tickets, but if you fail to turn up on your allotted time, you simply won’t be allowed in. Once inside, it’s best to plan your trip carefully, as you will have only three hours to enjoy the majestic splendor of the Taj Mahal. Overstay your welcome, and you will find yourself paying a fine on the way out the gate.[7]

3 Stepping On A Banknote In Thailand 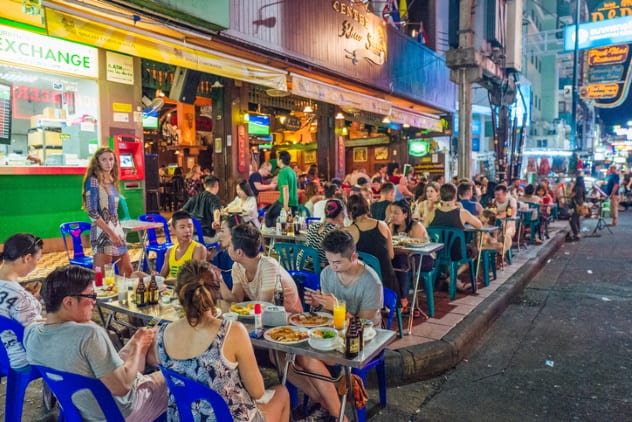 The Thai people revere their royal family, and their strict lese-majeste law is rigorously enforced with tourists as well as locals. Under Thai law, it is strictly forbidden to make any negative comments regarding the royal family.[8] This can include speculating on the king’s health or defacing any image of the king.

A breach of the lese-majeste law can lead to an extended vacation behind bars. This includes stepping on a banknote, as the king’s face appears on the currency. Touching someone with your foot is considered the ultimate insult in Thailand, so accidentally stepping on a Thai baht is in breach of the country’s lese-mejeste law. 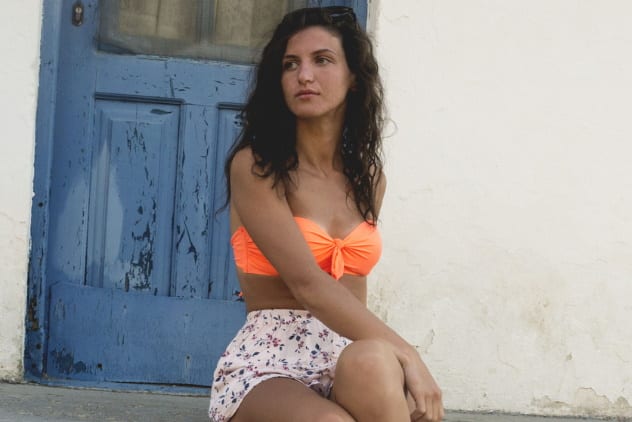 Swimwear is the first thing we pack for a summer holiday by the sea. Some of us imagine ourselves spending the entire vacation in our bathing suits.

We’re certainly aware of the need to cover up in many Asian and Middle Eastern countries. However, a number of places in Europe are now imposing bans on wearing swimwear off the beach (like Venice, as already mentioned). Many locals are offended by tourists wandering around their city in various states of “undress.” This includes not only women in bikinis but also shirtless males.

In 2011, for example, Barcelona began to impose fines on tourists who fail to get dressed before leaving the beach.[9] Head to the cafe for a bite to eat wearing just your bikini, and you can be fined €300 for being “semi-nude.” 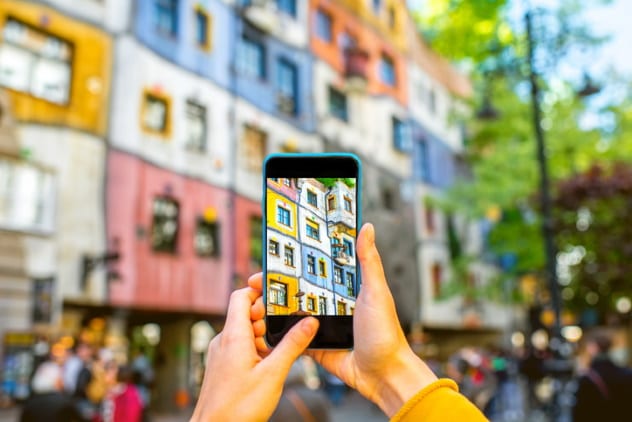 Taking photos to capture your holiday memories is a given. Long before we arrive home, many of us have uploaded them to social media to share our adventures with family and friends. However, in some countries, taking a photo can get you fined, your camera equipment confiscated, and even land you in jail.

In 2018, a British tourist in Egypt was arrested over an innocent airport photo which unintentionally captured a military helicopter in the background.[10] The French can also be a little paranoid about you taking photos of their security forces, so a happy snap with a gendarme could lead to the confiscation of your camera.

In the UAE, it is illegal to take a photo without the written consent of any strangers who may be in the background, while the Saudis frown upon photos of monuments and palaces. Some memories are best captured with postcards.

Read about more bizarre laws around the world on 10 Really Strange Laws You Might Accidentally Break and Top 10 Ridiculous Laws That Are Still Enforced Across The World.