In early January 2015, as all eyes were on France, Islamist gunmen attacked the town of Baga in Nigeria. It’s unknown how many died, but the highest estimates mention 2,000 civilians, making it possibly one of the deadliest terror attacks in history. The culprits: Boko Haram.

Since coming to prominence in 2009, the radical jihadist group has been waging a catastrophic war against the Nigerian state. In 2013 alone, 10,000 people died, more than have died in the entire Ukrainian civil war. But these statistics are only the tip of the iceberg. Dig a little deeper and you’ll uncover a nightmare of violence and bloodshed threatening to tear open the heart of central Africa.

10They Already Have A Caliphate 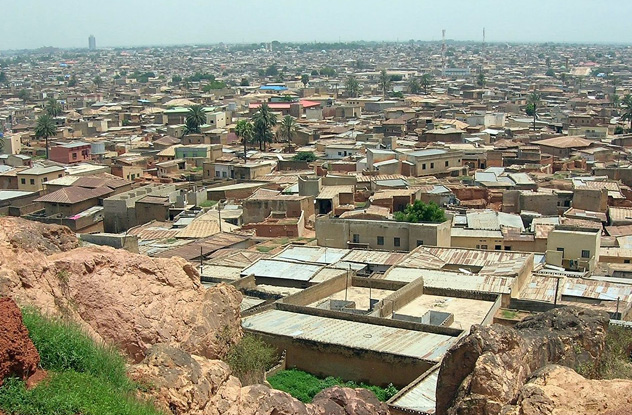 When ISIS overthrew the Iraqi city of Mosul and declared an Islamic caliphate, it seemed like a nightmare. The idea that a gang of armed fanatics could carve out their own state was uniquely horrific.

Less than a year later, it’s no longer so unique. Boko Haram currently controls over 50,000 square kilometers (20,000 mi2) of northeast Nigeria, setting up their own caliphate that rules 1.6 million people. For comparison, that’s an area of land roughly the size of Costa Rica now governed by mass murderers. It’s every bit as gruesome as life under ISIS. With Boko Haram in charge, Christian men are subject to decapitation, and their wives are forced to convert and get sold into sex slavery. Petty criminals routinely have their hands cut off, while young girls are forced to work as laborers or as bait to lure in enemy soldiers.

Such atrocities are unlikely to stop anytime soon. Back in 2012, the group declared it wouldn’t rest until the whole of Nigeria was under sharia law. Back then, their goal seemed chilling, yet unlikely. Today, it feels terrifyingly real. 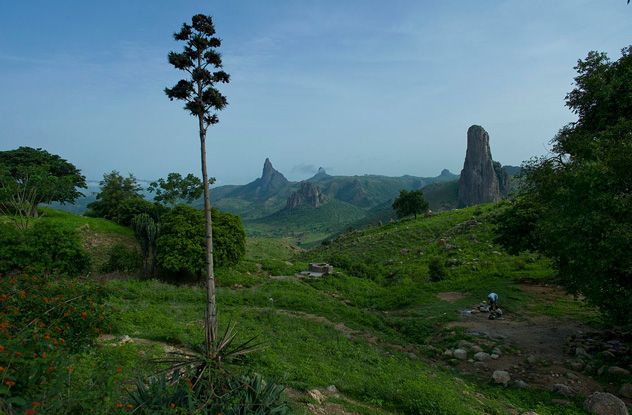 Unlike ISIS, Boko Haram currently control territory in only one country. But this could change at any moment. Already, the group runs frequent cross-border raids into Cameroon, slaughtering civilians and bombing buses. In January 2015, they stepped up the attacks, brazenly assaulting a local army base in a (failed) attempt to get a foothold in the country.

Even when they’re not actively trying to seize territory, fear of the group is wreaking havoc. Many schools in Niger’s border towns have shut down out of fear of a massacre, and new security restrictions have devastated the local economy. Meanwhile, Chad is being overwhelmed by hundreds of thousands of refugees pouring across the border in desperate need of food and shelter.

Although the group has yet to extend its reach out of Nigeria, analysts worry about their plans for expansion. According to experts, a powerful Boko Haram could destabilize the entire region, with consequences for us all. Only a year ago, the group vowed they would attack the United States, calling it a “prostitute nation of infidels and liars.” 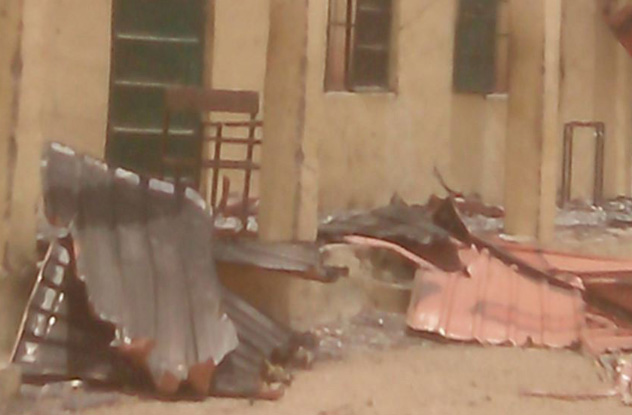 The name Boko Haram loosely translates as “Western education is a sin.” It’s an idea the group takes very seriously.

Since Boko Haram first emerged, the militants have made it their mission to attack as many schools as possible. In the first five months of 2014 alone, they targeted 50 schools in Nigeria, killing more than 100 children and 70 teachers. The attacks were almost demonic in their cunning. In one instance, the group detonated a bomb hidden in a dormitory, killing 40 students. In another, they sewed explosives into a rucksack, dressed a teenager in school uniform, and sent their bomber wandering into a school assembly. The subsequent explosion killed a minimum of 48 teenagers. Those who survive such attacks are often forced to flee, joining the tide pouring into Chad.

When violence has failed, Boko Haram has frequently resorted to kidnapping. Most infamously, this involved the mass abduction of 200 schoolgirls in May last year. Although the world responded with outrage and a global Twitter campaign, most of those girls are still missing, presumed to have been sold into slavery. 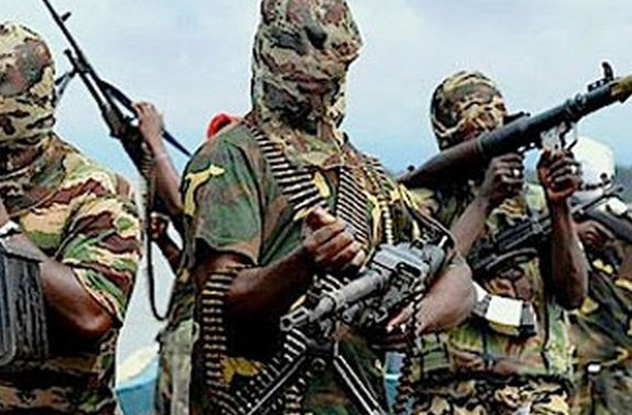 When Boko Haram drove into the town of Baga on January 7, 2015, they used rocket-propelled grenades to slaughter civilians. Bodies were left piled in the bush. Those who hid in their homes were burned alive. Terrible as this is, it’s only the latest in a long line of massacres horrifying in their depravity.

Over the past few years, the group has targeted Nigeria’s citizens with a combination of psychopathy and impunity terrifying to behold. In January 2015, they razed 16 villages to the ground, leaving a pile of bodies so deep survivors couldn’t count them all. Nearly a year beforehand, they targeted the country’s capital with a bomb that killed 71 after it detonated during the morning rush hour. By way of comparison, that’s nearly 20 more people than died during London’s 7/7 bombings.

The list goes on. Football matches, markets, and mosques were all bombed in 2014, each attack killing a minimum of 40 people. In the case of the mosque attack, gunmen then opened fire on worshipers fleeing the scene, adding dozens more to the death toll. 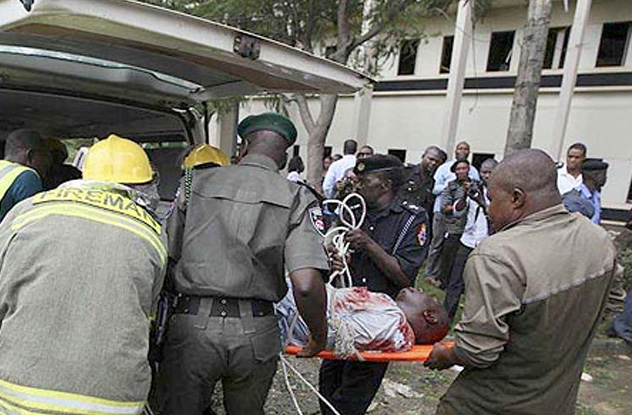 On January 10, 2015, a 10-year-old girl wandered into a crowded market in Maiduguri, Borno State. As shoppers went about their daily business, the girl activated a suicide belt, killing 20 and injuring many more. The girl herself was torn in half by the blast, part of her body thrown across the nearby buildings by the force of the explosion. Officials later said she may not have known what she was carrying, bringing the total number of innocents killed in the attack to 21.

If you’re hoping this was just a particularly depraved one-off, we’ve got some bad news for you. Less than a day after the attack in Maiduguri, two more girls blew themselves up at a market, killing three and injuring 46. They were estimated by survivors to have been no more than 10 years old.

The Slave Market in Nigeria – SHOCKING

By this point, you may be wondering where Boko Haram gets the money to pull off such vicious operations. The answer lies in a dark network of extortion and slavery almost breathtaking in its scope.

According to the Washington Post, the group first started to pull money in following 9/11, when Al-Qaeda went looking for proteges. Since then, Bin Laden’s old terror network has continued to pour cash into Boko Haram, while new groups such as Somalia’s deadly Al-Shabaab have begun to chip in. The result is an influx of cash and training flowing from some of the worst people on Earth, pushing Boko Haram to ever more violent extremes.

But this only accounts for a fraction of the group’s money. Much more worrying is their side line in kidnapping. Currently, the group is making millions from abducting foreigners and Nigerian officials and holding them for ransom. Those who can’t fetch a price find themselves instead sold in one of Nigeria’s booming slave markets. Thanks to lax efforts on the part of governments to shut this trade in humans down, Boko Haram are in no danger of running out of money anytime soon.

4The Nigerian Government Is Useless 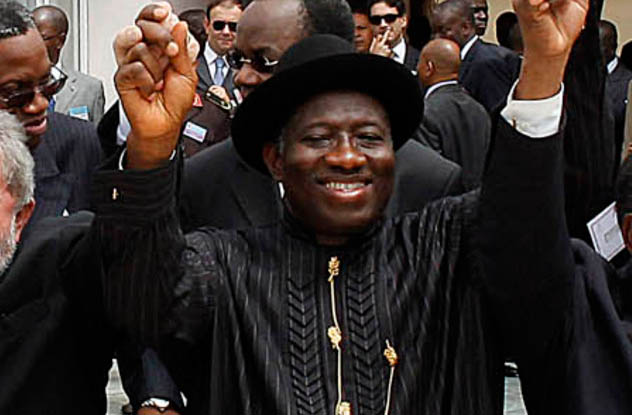 Faced with a growing insurgency movement that could destabilize the entire region, Nigeria’s government has collapsed into acrimony and politicking. After 200 schoolgirls were kidnapped by Boko Haram last May, President Goodluck Jonathan spent 18 days claiming the news was a rumor designed to stop him getting re-elected. His paranoia delayed a meaningful search for the kidnapped children, possibly costing them their freedom.

This isn’t the only time propaganda has gotten in the way of fighting Boko Haram. In October, President Jonathan declared that a ceasefire had been agreed upon—only for the militants to savagely attack a village only hours later. At best, Jonathan was revealed to be an incompetent who’d accidentally been negotiating with the wrong terrorists. At worst, some have suggested he simply made the deal up to boost his poll ratings.

Bad as this is, it only touches the tip of the government’s problems in Nigeria. Since the 1960s, successive heads of state have used oil money to enrich themselves while making ordinary Nigerians increasingly poorer. According to The Guardian, this has driven thousands into the arms of Boko Haram while severely weakening the state’s power to deal with insurrections. 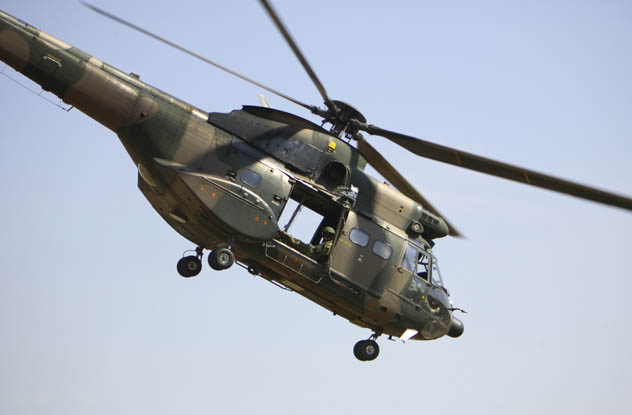 Trust isn’t the only issue affecting the Nigerian government right now. There are credible reports that Boko Haram has gotten so powerful that its members are actively infiltrating arms of the state.

In April 2014, it was reported that the militants were receiving arms and supplies by helicopter, despite a curfew that should have made such a thing impossible. At the time, local branches of government feigned ignorance of any suspicious activity, leading many to believe corrupt officials were deliberately allowing the helicopters through. Nor was this confined to the tinfoil hat brigade. In 2012, the president himself declared Boko Haram were taking control of the government. In his own words:

In the years since, officials have accused President Jonathan as well of being in Boko Haram’s pocket.

2The Military Is Almost As Bad 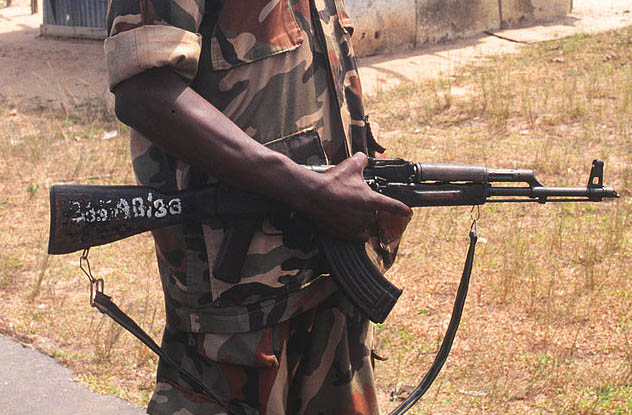 In August 2014, chilling footage emerged on YouTube from the Nigerian town of Maiduguri. Beginning with 16 young men and boys being held at gunpoint, the video showed armed men pull five out the crowd, slit their throats, and dump their bodies in a mass grave. The perpetrators weren’t Boko Haram or another Islamist group. They were Nigerian military.

As Boko Haram grow ever more brazen, the Nigerian state has responded by going to disturbing extremes. Following a mass prisoner breakout in March 2014, Amnesty declared that the military had hunted down and extrajudicially murdered 600 former convicts in a single night. Escapees were rounded up, forced to dig their own graves, and then shot or knifed as part of a cleanup operation. Less than two months later, a military detachment opened fire on a group of protestors, killing 19 adults and two children.

These are far from one-offs. A 10-year Amnesty investigation found that Nigeria’s state frequently electrocuted, tortured, and raped men, women, and children as part of its fight against militants. Separate reports have concluded that the military is thoroughly corrupt and violently distrusted by up to 90 percent of all Nigerians. In a battle for hearts and minds, it seems Nigeria’s state is happy to be on the losing side.

1Our Leaders And Media Are Ignoring Them 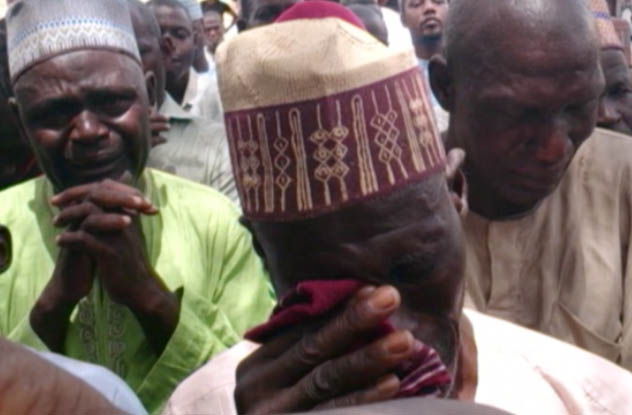 When ISIS captured the town of Mosul, they became global news. Emergency meetings were convened between heads of state. American planes were sent in to halt their advance and bomb them. When Boko Haram took the town of Baga, cementing their caliphate, the media was nearly silent and our leaders did nothing.

Part of this is to do with the timing. As Baga fell, gunmen were on the streets of Paris conducting massacres, taking up a lot of the media’s attention. Even so, the response to the Nigerian attacks was so muted that the Catholic Archbishop of Jos felt compelled to condemn the lack of reaction in the press. He also claimed that the Boko Haram problem was more than simply a local one. In his words:

“I can smell a lot more trouble. It’s not going to be confined to this region. It’s going to expand. It will get to Europe and elsewhere.”

Others have expressed similar sentiments. Israeli paper Haaretz claimed this global apathy was exactly what had allowed Boko Haram to gain such ground in the first place.