Plagiarism is everywhere. Even as you read this article, someone is quietly copying and pasting it to WordPress in a bid to impress all six of their readers. Yet not every plagiarist is content with merely passing off random web lists as their own. Some aim too high and, in the process, come off looking really stupid.

10Erik Highsmith And the Children’s Essay 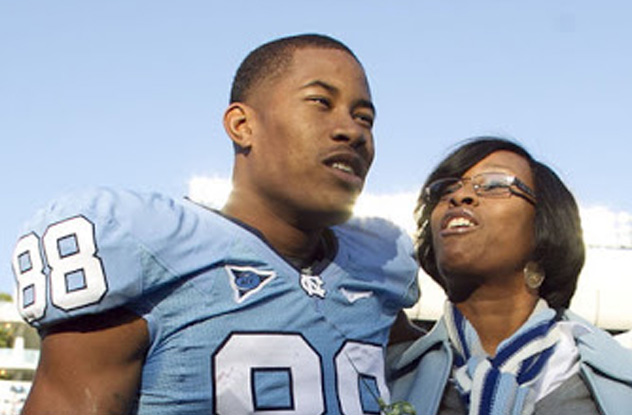 In 2012, college football player Erik Highsmith found himself facing every student’s worst nightmare: work. As part of his Communications class, Highsmith was required to write a blog post about poultry farming. Too busy with his sports ambitions to knock up a quick essay himself, Highsmith did the only thing he could think of and plagiarized the whole thing. His source: a bunch of 11-year-old kids.

Using a post written for an education website by a group of sixth graders, Highsmith copied the opening paragraph and combined it with another essay he’d found elsewhere. He then tried to cover up his theft by very slightly tweaking the order of words. So while the original read: “Poultry farming is raising chickens, turkeys, ducks and other fowl for meat or eggs,” Highsmith’s version opened with: “Poultry farming is raising of turkeys, ducks, chicken and other fowl for meat or eggs.” Other tactics he employed included writing in short sentences instead of bullet points and including two whole sentences of his own devising.

Incredibly, this wasn’t enough to foil UNC’s plagiarism-detecting software, and Highsmith was soon outed as the guy who stole from sixth graders. 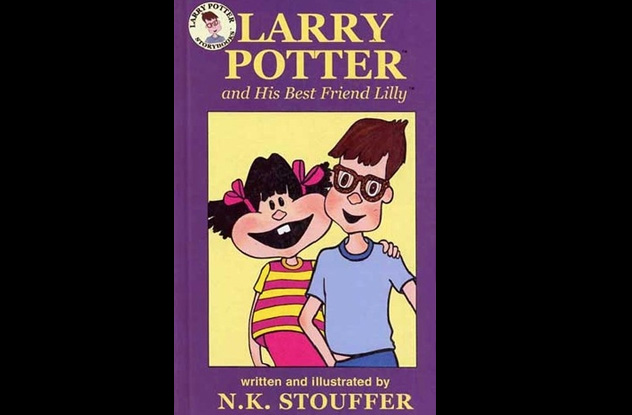 With a series as good at generating money as Harry Potter, thousands of people look to jump on the bandwagon. But none has been as flagrant about it as Nancy Stouffer. An unpublished writer, Stouffer managed to both steal from J.K. Rowling and accuse Rowling of plagiarism.

In 2002, Stouffer filed a lawsuit against Rowling. A couple of decades before, Stouffer had written books featuring a character named Larry Potter and people called muggles. She claimed Rowling had stolen her ideas and used them to make herself a fortune. The courts took her seriously enough that the whole thing went to trial. At this point, it became clear that Stouffer was a fraud of the highest order.

Prosecutors discovered that a key passage in Stouffer’s work had been inserted years after the rest. While most of the text was written in a typeface from the 1980s, this one paragraph was written in a font that wouldn’t be created until a decade after she’d supposedly finished her book. The courts threw out her claim and slapped her with a $50,000 fine for wasting everybody’s time. 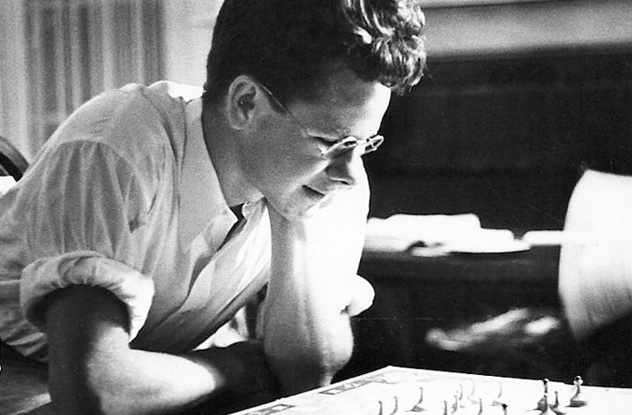 In late 1957, former Manhattan Project scientist Gordon Gould had one of those revelations that can change the course of human history. Working from the ideas laid down by Charles Towne when building his maser (a microwave emitter), Gould realized it was theoretically possible to create a beam of light that could cut through steel. Christening his discovery the LASER, he immediately sought out Towne for advice. Bad move.

When Gould asked for his help, Towne publicly encouraged his work. Privately, though, he took out patents on the concepts while deliberately misleading Gould about how to get credit for his breakthrough. Gould didn’t uncover the deception until 1959—by which time Towne already had the patent and was making a killing selling the laser to companies around the world.

A 30-year legal battle followed, as Gould desperately fought for recognition of his work. It wasn’t until 1988 that the courts finally granted him ownership of his breakthrough, by which time Towne had already bagged a Nobel Prize for it. Sadly, Gould didn’t get the last laugh. When Towne finally died in January 2015, nearly every single obituary mourned him as the “inventor of the laser.” 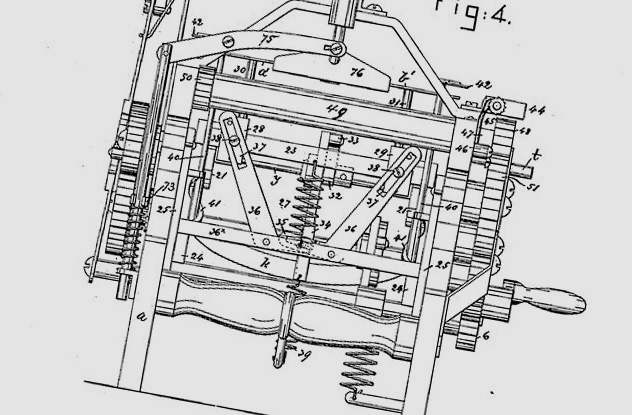 A 19th-century New England factory worker, Margaret Knight came from unlikely origins to become a one-woman inventing machine. By the age of 12, she’d already created a device to stop shuttlecock injuries in textile mills. But her greatest achievement was nearly credited to someone else. After building a wooden prototype of a paper bag–folding machine in 1870, she sent it to Boston to be cast into iron. Then she applied for a patent. Unfortunately, a man called Charles Annan had seen her prototype and already beaten her to it.

This alone would be bad enough, but Annan was determined to rub salt in the wound. When challenged about his authorship of the machine, he simply turned around and declared that no woman could be capable of creating something so “complicated.”

The result was a court case in which Annan’s entire defense rested on the idea that women are too stupid to understand mechanics. The judge allowed this argument to carry on for 16 days before finally delivering his ruling. Luckily, this story has a happy ending. The court found in favor of Knight, and she got her patent, while Annan went down as the dumbest chancer in legal history.

6The Romance Writer And The Ferrets 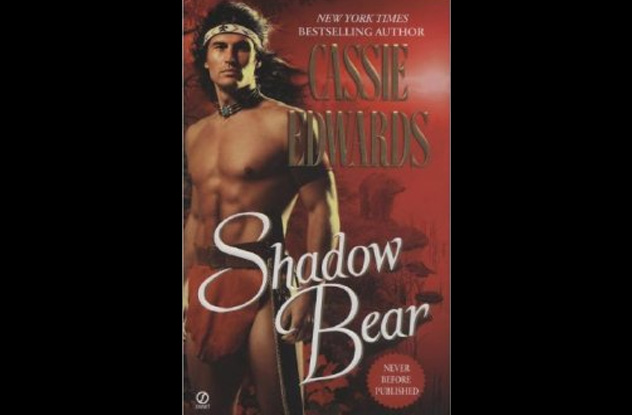 Ferrets may not seem sexy to most of us, but trashy romance author Cassie Edward apparently didn’t get the memo. Her 2008 book Shadow Bear features a bizarre chapter in which two characters stop making love just long enough to have a detailed conversation on ferrets. This already out-of-place chapter became the center of a major scandal. Rather than do her research, Edward had stolen her entire ferret lecture.

The origin of her dialogue was a 2005 piece called “Toughing it Out in the Badlands” by wildlife writer Paul Tolme. A short work on the fast-disappearing black-footed ferret, it was exactly unlike what you’d expect to see in a romance story. Nonetheless, Edward lifted it word-for-word and placed it into the mouths of her bodice-ripping characters. Although she later claimed she wasn’t aware she needed to credit Tolme, the damage had been done. Edward’s contract with her publisher was terminated, and Tolme got another hilarious article out of it.

5The Archaeologists And The Forgotten Civilization 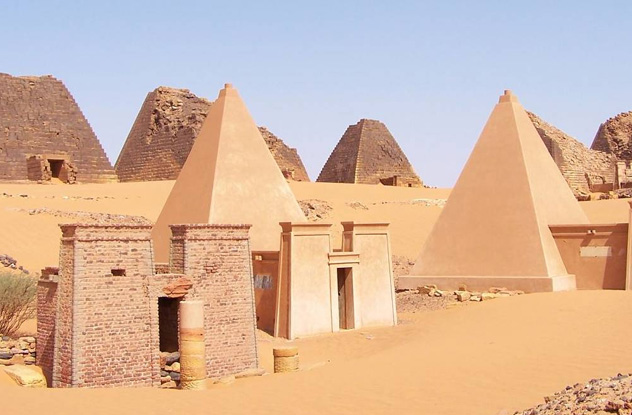 In the early 19th century, British, French, and American travelers simultaneously made the discovery of a lifetime. Lost in the desert sands of modern-day Sudan were the remnants of the ancient biblical kingdom of Kush. Known by the Greeks as Ethiopians (the “Burned Faced Ones”), the Kushites were said to have been handsome and pious beyond measure, and their civilization was one of Africa’s greatest. Unfortunately, the idea of a grand culture created by black people didn’t sit well with German Egyptologist Karl Richard Lepsius, who immediately set out to prove white people had made it instead.

Using willful misinterpretation and bogus scientific evidence, Lepsius convinced the world that black people could never have created a civilization as advanced as Kush. Instead, he argued, the light-skinned Egyptians had been solely responsible, and the Greeks had misused their own term in referring to them. People listened. The idea that white people were solely responsible for Kush held on until the middle of the 20th century, when the civil rights movement swept such pseudo-scholarship away.

4The Writer And The Sneaky Studio 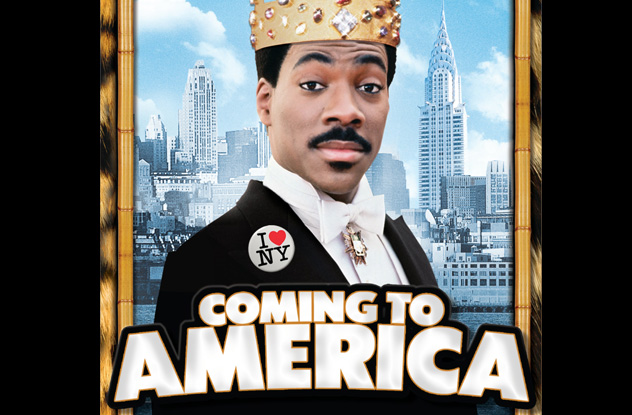 In the 1980s, prize-winning columnist Art Buchwald submitted an eight-page movie treatment to Paramount Studios. Called King for a Day, it told the story of an African prince who comes to America, loses everything, and moves into the Washington ghetto with predictably hilarious consequences. Before Paramount ultimately lost interest, producers even attached Eddie Murphy to star as the fish-out-of-water prince befuddled by American culture.

If you’re thinking that sounds familiar, you’re not alone. That’s almost the exact plot of 1988’s Coming to America, produced by Paramount after Buchwald took his treatment to Warner Bros. As a direct result of this blatant plagiarism, Buchwald lost his Warner Bros contract. But the real kicker came when Paramount inserted a title card into Coming to America reading “from a story by Eddie Murphy.”

The resulting legal battle dragged on for years. Buchwald did later receive $900,000 in compensation for Paramount’s theft, which was reportedly less than his $2.5 million in legal fees. 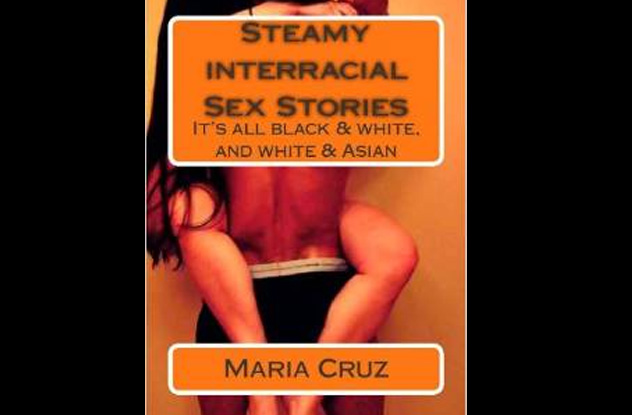 Have you ever visited the Kindle store’s indie books page and wondered just who writes it all? Answer: not the same person whose name appears above the title. According to a recent report, an high number of Amazon Kindle books are completely plagiarized.

Thanks to the success of Fifty Shades of Grey, millions of people are buying erotica for the first time. Unscrupulous users are stealing the content of indie romance books, dressing them up in a new jacket, and selling them under a new name as their own work. This nets the perpetrators more than just a few pennies. Plagiarized books have risen to the top of the Kindle charts without Amazon ever bothering to check if their content was original or not. Plenty of the plagiarized texts have been stolen from websites where authors post their work without asking for a penny in return.

The plagiarists’ few attempts at rewriting the original material are spectacularly incompetent and show a poor command of even basic English. One book went up under the title Domenating Her, and another received the title OMG My Step-Brother in Bisexual. Another is called Dracula’s Amazing Adventure. Its text comes verbatim from Bram Stoker’s Dracula. 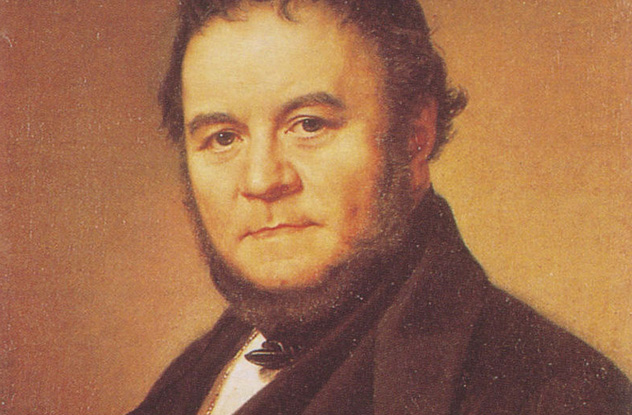 One of the 19th century’s greatest writers, Stendhal (real name: Marie-Henri Beyle) is today known chiefly for his novel The Red and the Black. In his time, though, his books on travel and music made him famous. At least, they were “his” in the sense that “he” had stolen them. His first three works were plagiarized almost word for word from Italian writer Giuseppe Carpani.

When he was found out, Stendhal didn’t apologize. He didn’t even act embarrassed. Instead, he wrote anonymous letters attacking Carpani and even pretended the Italian had plagiarized him, rather than the other way around. When finally pressured to answer for his theft, he simply declared, “How can you be a plagiarist if you don’t sign your name?”

The world seemed to buy this line of argument, and he got in almost zero trouble for his theft. The German poet Goethe even wrote an enthusiastic review of Stendhal’s Rome, Naples et Florence . . . despite long passages being plagiarized from Goethe’s own Italian Journey.

1The Real Discovery Of Penicillin 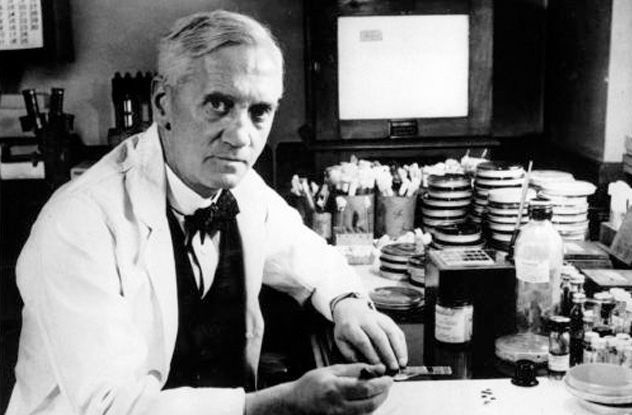 The discovery of penicillin is a modern fairy tale. After forgetting to clean a curate plate, Alexander Fleming discovered his sample had grown a gigantic blob of green mold with the power to kill bacteria. However, instead of realizing he’d just changed the world, Fleming decided his discovery was useless and abandoned further research, leaving others to recreate penicillin for him.

It wasn’t easy. Fleming had left no notes and had no interest in finding the magical mold again. It wasn’t until 10 years later that a group of Cambridge scientists saw the potential in his discovery and began working on it in earnest. The mold was almost impossible to recreate, supplies were short, and any penicillin they did discover proved difficult to extract. To top it all off, World War II had just started, and the Luftwaffe kept bombing them.

When they finally did succeed in extracting penicillin, it took significant additional work to produce enough to treat humans with it. At last, in 1940, the team succeeded in treating a case of septicemia. At this point, Alexander Fleming showed back up to take all the credit.

Although the team’s contribution was acknowledged by the scientific establishment, Fleming was the one whose name went down in history. Yet his sole contribution to penicillin was not cleaning his plates properly.