Natural disasters are extreme in scale and often unforeseeable. For many unfortunate people there is no escape. The world has experienced the horrendous effects of earthquakes, famines, floods, and more through the centuries. We recover as best we are able. The most disquieting fact, though, is that while major catastrophes are far behind us, more deadly natural disasters still loom ahead. 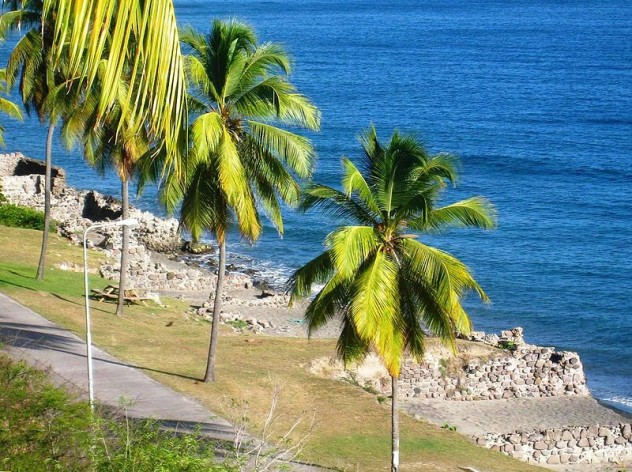 Hurricane San Calixto II whirled across the Caribbean in October 1780. The storm claimed more than 27,000 lives and caused an extensive amount of property damage (including the damaged warehouses on the beach of St. Eustatius, pictured above). Barbados, St. Lucia, and Martinique suffered immensely. Two other hurricanes manifested in October that year, making it an unusually deadly end of the season.

Caribbean natives weren’t the only ones who lost their lives and property in the storm. The Revolutionary War was nowhere near ending when San Calixto II hit. Great Britain, France, Spain, and Holland lost numerous members of their navies in the water. France’s fleet of 40 warships was destroyed, and 4,000 people aboard the ships died. Hurricane winds blew at an estimated 320 kilometers per hour (200 mph). This storm has come to be known as The Great Hurricane of 1780.

The most deadly hurricane since San Calixto II was Hurricane Mitch of 1998, during which approximately 11,000 people died. Millions were left homeless, their villages ravaged and washed away by floods. Mitch caused 13-meter (44 ft) waves and an estimated 2 meters (6 ft) of rainfall in mountainous parts of Central America. The Great Hurricane of 1780 was far worse than that. 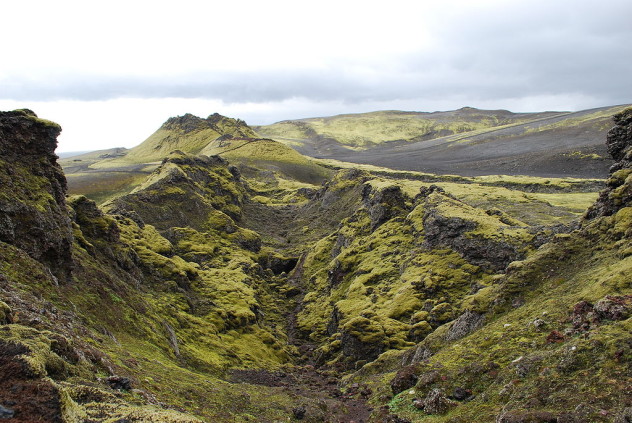 Grimsvotn has been Iceland’s most active volcano for more than a millennium. Its most recent eruption occurred in May 2011. From 1783–1784, though, Icelanders received the worst kind of surprise from Grimsvotn and other parts of their country’s Eastern Volcanic Zone.

The Laki fissure (pictured above) has eruptions that are also known in Iceland as “Skaftareldar” or the “Skaftar fires.” These, along with regular Grimsvotn eruptions, caused immense damage and led to roughly 30,000 deaths. Ten fissures opened during separate episodes, each preceded by earthquake swarms, and ended with fire fountains bursting more than 1,200 meters (4,000 ft) in the air.

Basaltic lava from these eruptions covered approximately 900 square kilometers (350 mi2)—the greatest lava flow in history. A destructive haze blanketed Iceland and most of Europe and reached as far as western Siberia and northern Africa. Eruptions pumped around 120 million tons of sulfur dioxide into the air. This negatively affected crops and killed more than half the livestock in Iceland. The ensuing Haze Famine killed approximately 20 percent of Iceland’s population. 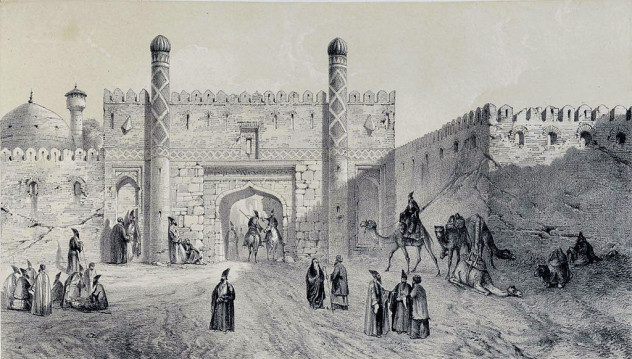 Iran’s North Tabriz fault experienced an extreme rupture on January 8, 1780. The resulting earthquake took a serious toll on the highly populated city. Strong foreshocks had already weakened the buildings, houses, and even the palace. Almost all of them collapsed during the magnitude 7.7 catastrophe.

People felt movement more than 690 kilometers (430 mi) away, though no deaths were reported far from the epicenter. Tabriz was affected most severely, and hundreds of people died in the palace, including the ruler’s child. Over 400 villages were thrashed about and decimated. The Tabriz earthquake struck on such a large scale that buildings more than 65 kilometers (40 mi) from the city were also obliterated.

Estimates have indicated a death toll of more than 200,000. The more likely number is approximately 50,000. Fortunately for the people who live there, data shows there’s little likelihood of another Tabriz earthquake happening soon. The average occurrence of such an event is once every 350 to 1,450 years. 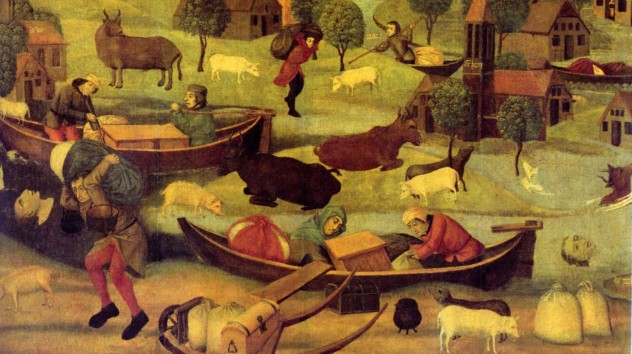 The first of the Netherlands Zuiderzee floods occurred in December 1287. It was named St. Lucia’s flood. A mammoth North Sea storm caused strong, swelling waves, which broke through a seawall and flooded the inlet. St. Lucia’s flood is among the worst floods of all time, and it killed 50,000 people. Water reached so far inland that it created access to the sea from Amsterdam, which became a major port city.

Another deadly North Sea storm struck in 1421. It caused the second St. Elizabeth’s flood, which inundated Zeeland and Holland (now the Netherlands) and cost 10,000 lives (depicted in the painting above). The locals lived in lowland villages that were prone to flooding. Instead of moving, villagers built dikes to protect themselves from the water. Despite their efforts, four floods wreaked fatal havoc in the 1300s alone. But the worst was yet to come; parts of the land covered in St. Elizabeth’s flood of 1421 remain underwater today.

Seville was once the most populous city in Spain. On top of being the cultural and financial capital, it was a port city—the one from which explorer Ferdinand Magellan acquired his ships. Monarchs Isabella and Ferdinand placed the Casa de Contratacion, or House of Trade, in Seville in 1503. People then moved to the city in droves. In 1565, twice as many households were counted in the census than were counted in 1534. At the turn of the century, approximately 120,000 people resided in Seville.

The economy began to decline in the 17th century. After an April flood in 1649, bubonic plague swept through the city. The rampant disease wiped out nearly half the city’s population in only four months. Seville never quite returned to its former splendor. Still, it remains a hub of cultural and artistic value with impressive baroque architecture (and no bubonic plague). 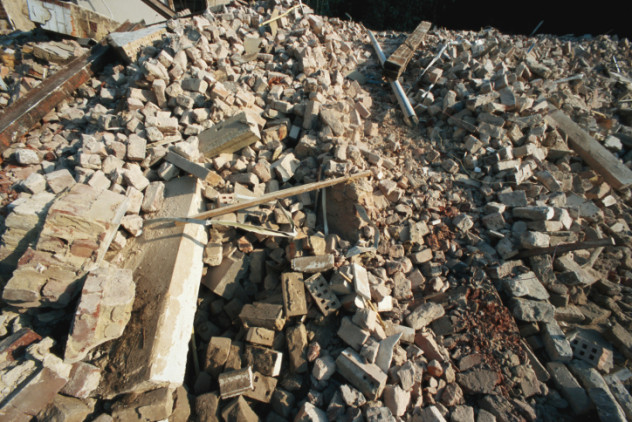 Chihli is now the Hebei province of the North China Plain of Inner Mongolia. People have inhabited the region for thousands of years, and it has a long history of being very heavily populated. When a tremendous earthquake struck Chihli on September 27, 1290, an estimated 100,000 people perished. Despite the high number of deaths and the obvious toll it took on the area, little record exists of the physical damage this earthquake caused.

The Chihli Earthquake was the deadliest one that had ever occurred in the area, and it remains among the most lethal in history. Scientists estimate its magnitude at 6.0 to 7.0 on the Richter scale. Another such earthquake would be even more devastating; the region’s approximate population in 2002 was more than 65 million. That’s enormous growth from the time when Homo erectus pekinesis (whose fossils were uncovered there) inhabited the region. 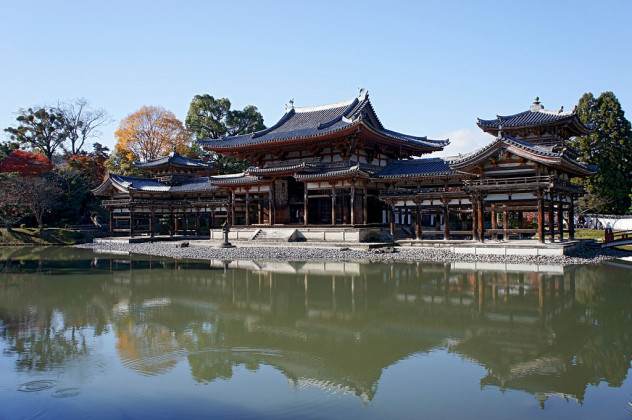 In 1177, a gargantuan fire destroyed one-third of Kyoto, Japan. A tornado hit the city in 1180. The following year, while the Genpei Wars were being fought, a severe famine began to claim thousands of lives. Kyoto was heavily blocked off and did not hold enough supplies to support its inhabitants so numerous families left to attempt survival in the wild.

The drought affected farm crops, and disease spread rampantly, with malnutrition likely a contributing factor. Farmers who survived didn’t make their usual profits and could only pay a portion of their taxes. Many were not so fortunate. A book whose title translates as An Account of My Hut, written by Kamo no Chimei, tells of emaciated corpses scattered by the Kamo River.

Kyoto was not the only city that suffered, but it was the one that suffered most. Military operations were even suspended there during the crisis, and around 100,000 people died in the famine. A few years after the crisis was over, the Great Earthquake of 1185 shook Kyoto violently. This earthquake’s magnitude is estimated at 7.4 on the Richter scale. Some buildings did survive, however, including Byodo-in’s Phoenix Hall (pictured above) which is now a UNESCO World Heritage Site. 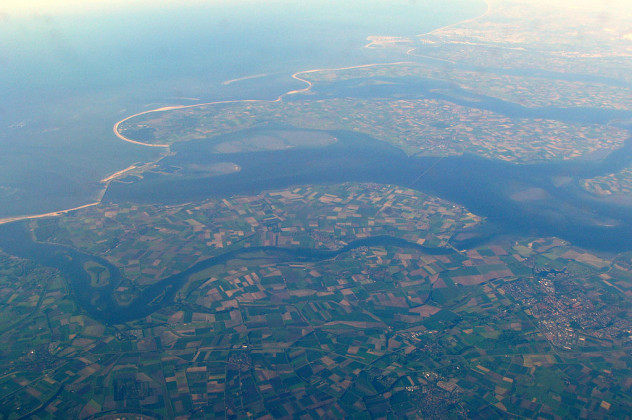 Much of the Netherlands lies below sea level, and local flooding has always been a serious danger. More than 100 floods have swept through the Netherlands over the last millennium. Storm waters and engineering failures (e.g., weak dikes) have led to thousands upon thousands of deaths.

Approximately 100,000 died because of this disaster, and it’s currently ranked as the seventh deadliest flood in history. People of the Netherlands, under the constant threat of another terrible flood, must be prepared for such catastrophes. They’ve engineered ingenious creations such as the 3.5-kilometer-wide (2.2 mi) Sand Engine. As ocean levels rise, the people will simply add more sand to the structure. Engineers are looking increasingly for natural solutions to flooding. 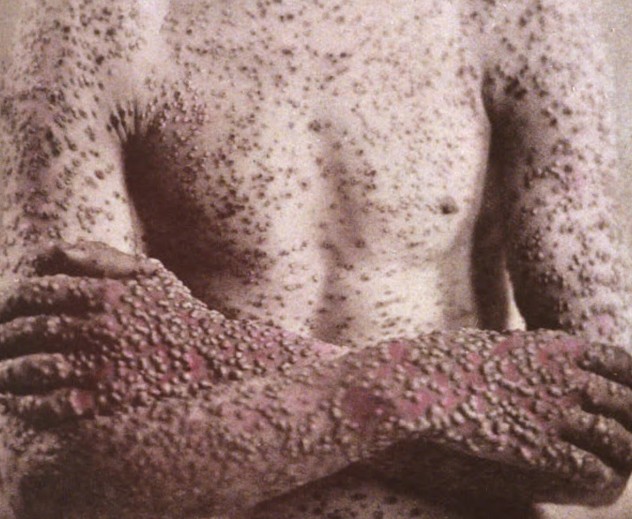 Smallpox incubates in the body for two weeks before the host shows symptoms. This means people aboard jam-packed ships, in military camps, and in other close quarters could spread the disease without any awareness they were infected. War in colonial America required crowded living and spurred America’s smallpox epidemic. Smallpox killed five times more people than the Revolutionary War. Rumors spread claiming the British were engaging in germ warfare since they had built immunity to the disease.

George Washington needed to address this epidemic. He had already contracted smallpox in Barbados at age 19 and built immunity. Most non-British, though, from colonists to the gravely affected Native Americans, were highly susceptible to smallpox. People kept carrying it in from other countries, and colonial soldiers needed a better defense. Starting in 1776, Washington required all new soldiers to get inoculated upon enlistment. This helped stop the epidemic over time, though it killed more than 120,000 people before it subsided. 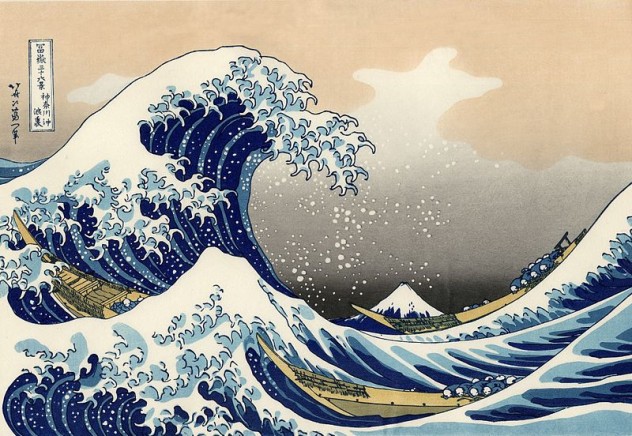 Japan is located where three tectonic plates meet in a so-called “triple junction.” Because of the country’s placement, it has experienced more than 40 recorded extreme earthquakes and various other natural disasters. Up to 1,500 earthquakes occur in Japan annually. Most are fairly small in magnitude and go unnoticed, though the more severe earthquakes tend to cause potentially destructive tsunamis (such as the one depicted in the 19th-century “The Great Wave Off Kanagawa” woodblock printing above).

On December 30, 1730, Japan experienced a dreadful tragedy. The Hokkaido earthquake struck at a magnitude of 8.3 on the Richter scale, leaving approximately 137,000 people dead. Hokkaido is the northernmost island of Japan and the second largest. Its population has since risen to more than five million people.

The Hokkaido earthquake was the worst in Japan’s history for a long time. A more destructive one didn’t occur until the Kanto earthquake of 1923. This later disaster affected Tokyo and Yokohama, killed an estimated 300,000 people, and rendered 2.5 million people’s homes unlivable.