Ever since recorded time, secret societies have fascinated and frightened us. Since mystery is encoded into their DNA, secret societies are easy fodder for conspiracy theorists or lazy students who seek simple explanations for history’s many catastrophes. These secret societies, however, did indeed influence the world around them, and the reverberations of their teachings and actions are with us to this very day. 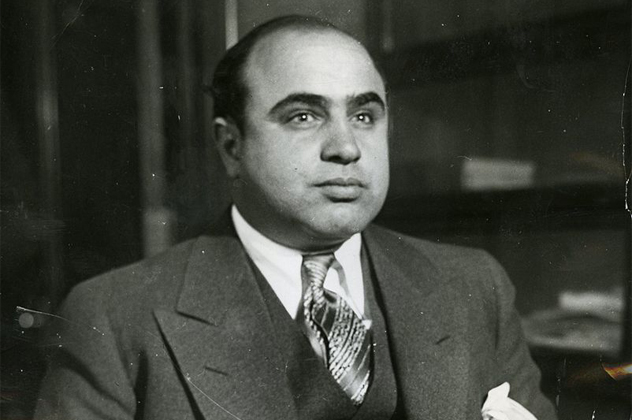 Because it was one of the most glamorous moments in the history of American law enforcement, a lot of people wanted to take credit for bringing down Al Capone. From the Iowan attorney George E.Q. Johnson to the dashing G-man Eliot Ness, everyone involved in the case tried to make the argument that they were the real force behind the Chicago mob’s downfall. One group, however, kept their war against Capone quiet. Dubbed the Secret Six, they were a collection of Chicago businessmen who wanted to clean up the city for purely economic reasons. After all, the more Americans felt like Chicago belonged to the gangsters, the less likely they were to vacation in the Windy City.

Founded in October 1930 as the Citizens’ Committee for the Prevention and Punishment of Crime, the Secret Six included a federal agent named Alexander Jamie, the brother-in-law of Ness and one of Ness’s biggest supporters throughout his law enforcement career. With Jamie’s blessing, the relatively unproven Ness took charge of the case that was trying to nab Capone on various charges related to the Volstead Act, the primary law enforcement tool used to enforce Prohibition.

After his success in Chicago in the 1930s, Ness brought the Secret Six to Cleveland in order to combat that city’s organized crime. 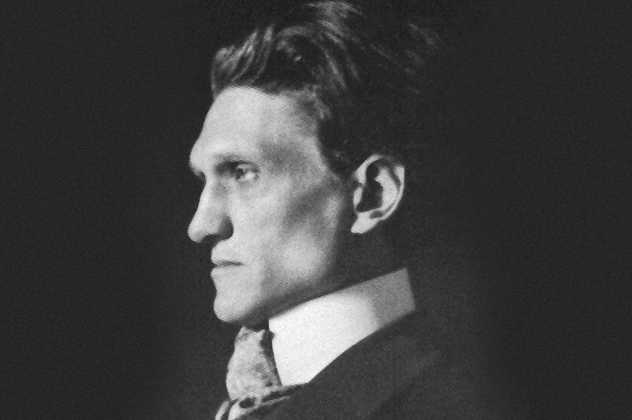 Interwar Germany was an unstable place. Tied down by a sluggish economy and shackled to a punitive Versailles Treaty which blamed Germany for starting World War I, Weimar-era Germans were furious and took to politics in order to vent their anger. While communist, nationalist, and even centrist militias fought each other on the streets, other political groups met in pubs and saloons to discuss their philosophies. One such group was known loosely as Secret Germany, and their poet-messiah was Stefan George.

Known simply as “The Master” by his circle of followers, George wrote some of the finest poetry in the German language during his lifetime (1868–1933). He was also a sort of political guru, and in his book The New Empire, George outlined the ideal of a “spiritual aristocracy,” which was an anti-political update on the enlightened despot figure of Germany’s past. George’s ideal dictators were both war-hungry and transcendental.

Although much of George’s work was co-opted by the Nazis, many members of George’s Secret Germany would later become the leaders of the German Resistance movement during World War II, including Claus von Stauffenberg, the army officer who tried to assassinate Hitler on July 20, 1944. 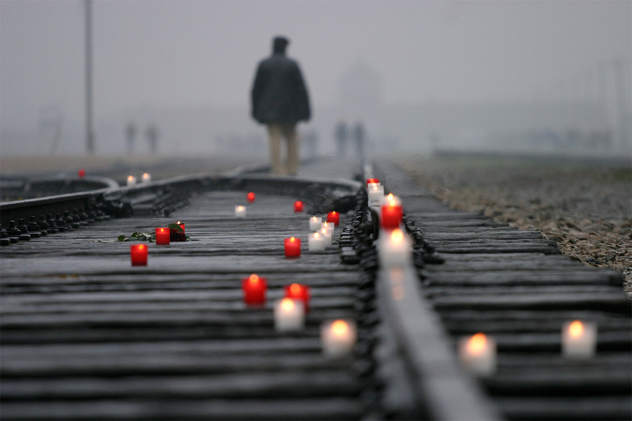 Although the term “fascism” usually conjures up images of brown-shirted Nazis parading down the streets of Berlin, the political philosophy known as fascism actually started in Italy in the early 1920s. Before it became a political movement, fascism was a fragmented idea argued over by various right-wing intellectuals. One such man was Julius Evola, a Sicilian nobleman, occultist, and student of esotericism. To Evola, fascism had the potential to be a reactionary movement against the modern world, which he considered to be a part of the Kali Yuga, or the Hindu Dark Age.

As an expression of Evola’s brand of mystical fascism, he founded the UR Group in 1927. The society consisted of Italian intellectuals dedicated to magic, the Nietzschean “will to power” model, and Hermeticism. Because Evola’s thought was elitist and anti-modern, his UR Group found few adherents, even among members of Benito Mussolini’s National Fascist Party. Despite Evola’s critiques of Mussolini’s leadership, his UR Group remained an intellectual pillar of right-wing radicalism throughout World War II, and today they continue to influence certain segments of far-right thought. 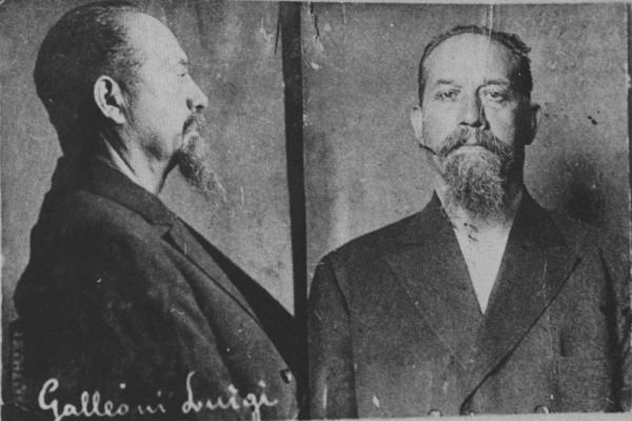 Terrorism is nothing new, and the United States was an experienced hand when it came to battling terrorists even before September 11. During the early 20th century, the US and Europe fought what came to be known as the First War on Terror—an effort to quell the communists, socialists, and anarchists who had begun to take on the forces of capitalism in the late 19th century.

While most were content with strikes, some radicals believed in something called “propaganda of the deed.” Most commonly held by the followers of Illegalism, a strain of anarchism that encourages criminality, “propaganda of the deed” became a way of life for the followers of Italian anarchist Luigi Galleani. Headquartered in Boston, the Galleanists were responsible for a string of bombings throughout the US during the “Red Summer” of 1919. One of their members is also suspected of perpetrating the still-unsolved Wall Street bombing of 1920. 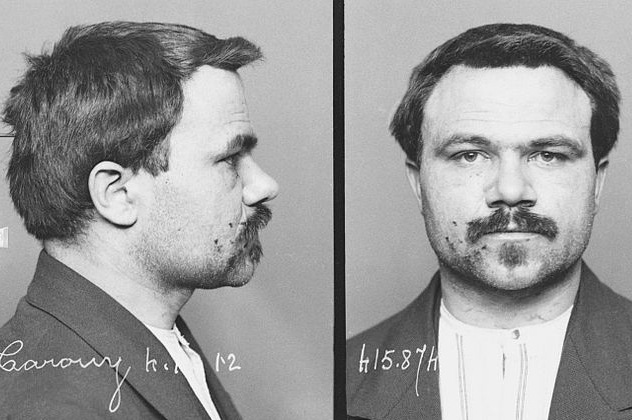 Unlike the other organizations on this list, the Bonnot Gang, which terrorized France between 1911 and 1912, straddle the line between a secret society and a fairly straightforward criminal enterprise. Also known as the “Auto Bandits,” the Bonnot Gang became the first group to use a getaway car after their daring robbery of a Societe Generale bank in Paris.

The technological innovations didn’t stop there, either. The Bonnot Gang utilized such high-tech weapons as semi-automatic pistols and repeating rifles during their daring robberies. They were named after Jules Bonnot, the so-called “Demon Chauffeur,” who once marched into the offices of La Petit Parisien in order to give a self-serving interview.

While other gangs committed crimes for pure profit, the Bonnot Gang, like the later Galleanists, were driven by the philosophy of Illegalism. By the spring of 1912, after numerous gun battles that often involved the French Army, most of the members of the Bonnot Gang were either dead or in jail. Although their brand of Illegalist anarchism found few adherents after their downfall, the gang is rumored to have inspired Les Vampires, an early silent film series that featured a shadowy criminal society known simply as The Vampires. 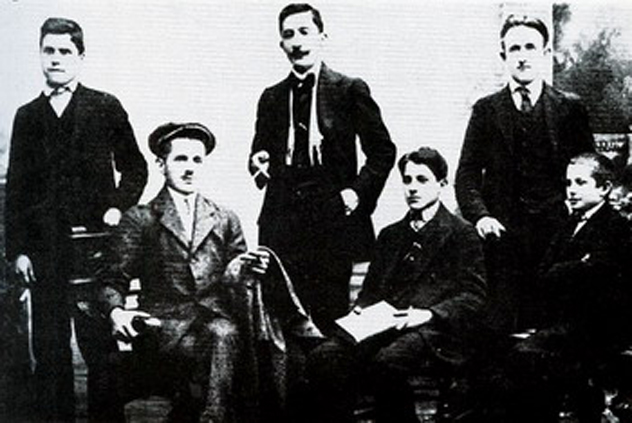 Long before the wars of the 1990s, the Balkans were a fractious, ethnically diverse region primed to erupt into war at any moment. Bosnia was particularly volatile due to its mixture of nationalities and religions. Furthermore, the centrally located Bosnia was often the playground of larger powers who were interested in securing Europe’s southern flank. After Austria-Hungary’s occupation in 1878, the simmering tensions only grew, especially after a cadre of Serbian Army officers known as the Black Hand began funding pro-Serbian and pro-Slav movements throughout southern Europe. One such group was Young Bosnia, a heterogeneous collection of Bosnian Serb, Croat, and Muslim revolutionaries dedicated to an assortment of causes ranging from South Slav unification to Serb nationalism.

Inspired by the essays of the Bosnian Serb radical Vladimir Gacinovic and working in conjunction with the Black Hand, Young Bosnia set out to rid Bosnia of Austrian rule. Their most infamous deed came when Young Bosnia member Gavrilo Princip assassinated the Austrian Archduke Franz Ferdinand and his wife Sophie, Duchess of Hohenberg. While a violent anti-Serb and anti-Bosnian pogrom was the immediate reaction to Princip’s crime, his legacy remains a point of pride for some in that turbulent region. 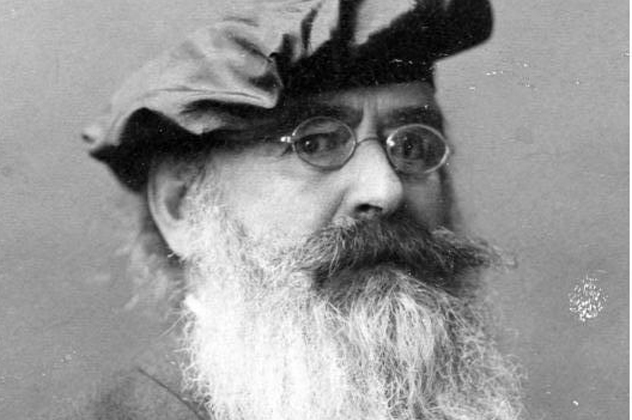 Before the Nazis came to power in Germany, Imperial Austria was ground zero for the strange confluence of racial nationalism, occultism, and anti-Semitism. One such practitioner of this demonic trifecta was Guido von List, a Vienna-born journalist, poet, and occultist who specifically focused on the study of runes, or the alphabet used by the Germanic peoples of pre-Christian Europe.

Despite the fact that List was something of a mystical charlatan who had given himself the aristocratic title of “von,” his brand of esoteric Austro-German nationalism (which is commonly called Ariosophy), was immediately lapped up by many of Vienna’s elites. Founded in 1905, the Guido von List Society included the industrialist Friedrich Wannieck along with Karl Lueger, a notorious anti-Semite, the leader of the Christian Social Party, and, in 1905, the mayor of Vienna.

As society membership continued to increase, the group began to look more like a political movement and came complete with their own symbols (which included the swastika) and gestures (the Guido von List Society greeted each other with the Heil salute). With their avowed interests in ancient German mysticism and the supposed superiority of the Aryan race, the Guido von List Society sowed the seeds of National Socialism and gave the later movement many of its theatrics and symbols. 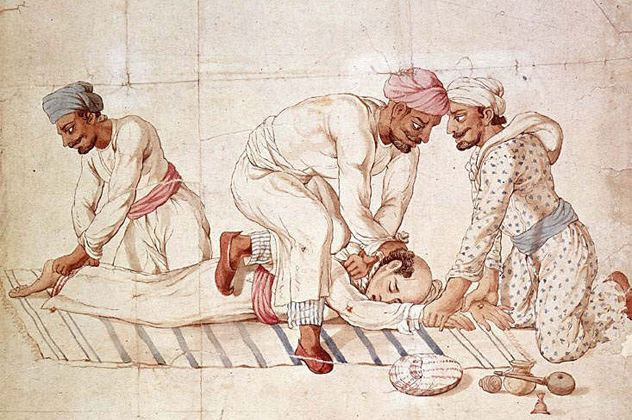 Named after a Sanskrit word meaning “concealment,” the Thuggees of India gave English the word “thug” as a way to describe an unsavory character. For their part, the Thuggees were far worse than any common street criminal or antisocial pest. Often posing as traveling pilgrims, packs of Thuggees would prey on fellow travelers all throughout the Indian subcontinent. After years of hearing fearful reports about missing villagers, family members, and friends, British administrators in the early 19th century began to finally realize that there was a murderous cult at work throughout the centerpiece of the British Empire.

It was at this time that they began finding mass graves all across the county. Worse still, each mass grave mirrored the other, with the bodies prepared and buried all in the same manner. Unlike the highwaymen of Europe, who killed for monetary gain, the Thuggees were religious zealots who ritualistically slaughtered their victims as sacrifices for Kali, the Hindu goddess of destruction. Because they did not want to spill blood, the Thuggees used a yellow sash known as a rumal to strangle their victims. The Thuggees were only stopped by a concerted effort led by Lord William Bentinck, the governor-general of India, who helped to put thousands of these cult killers in jail. 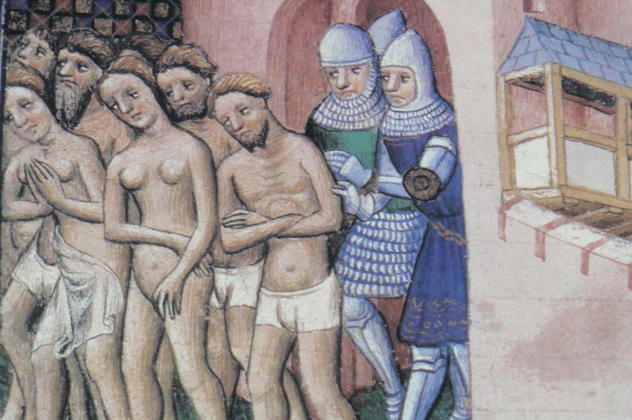 During the 13th century, the Albigensian Crusade, led by Pope Innocent III, attempted to wipe out a heretical sect of Christians living in the mountains of southern France. These heretics were the Cathars, who were Gnostic adherents to the notion of Dualism, or the idea that there is both a good god and an evil god.

Inspired by other heretical movements such as Bogomilism and Manichaeism, the Cathars rejected the bureaucracy of the Roman Catholic Church and refused to worship in temples or cathedrals. The Cathars also believed that men and women were equal—in Cathar communities, women often held important religious positions. The Albigensian Crusade, however, successfully expunged the Cathars and their beliefs from Christendom. By 1229, the remaining Cathars had either been converted by the Inquisition or had been driven underground by a crusading army who fought with the same zeal against other Christians as they did against Muslims. Many centuries later, the Cathars became a favorite topic among conspiracy theorists who believed that they had possessed the Holy Grail. 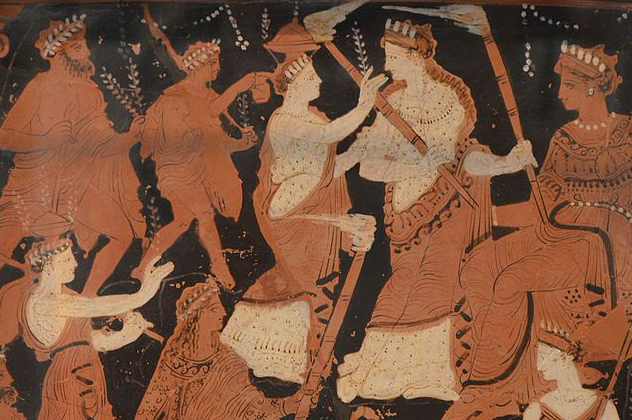 According to ancient historians, the Sacred Way—which ran from Athens to the holy city of Eleusis—was the best maintained road in all of Greece. The reason? The Sacred Way was the route taken annually by the participants in the Eleusinian Mysteries, a religious celebration and initiation ceremony that symbolically retold the story of Demeter and the abduction of her daughter Persephone by the god Hades.