Serial killers are hardly a phenomenon confined to the 20th and 21st centuries. Many periods of history have been witness to serial murders of their own. The Old West was a well-known time of lawlessness, so it’s no surprise that there were many active serial killers stalking the prairies and deserts of North America.

Whether they murdered for profit, pleasure, or both, the impact on the victims, their families, and the community was always the same. The ruthlessness of the following crimes may shock you, so mentally prepare yourself for the brutality to come. 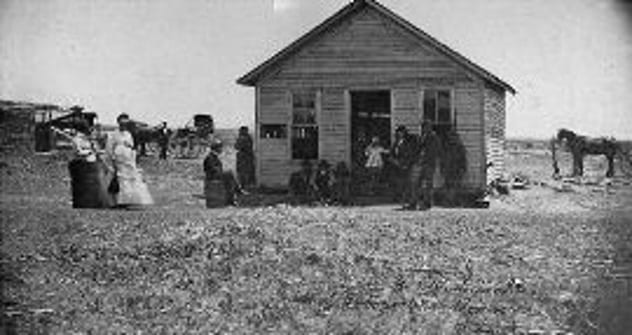 The Bloody Benders were a family who moved into Osage Township, Kansas, in late 1870. This family of four would end up killing as many as 21 people.[1] The West could be a dangerous and violent place, so a safe area of peace and refuge would have been a cherished thing. This is how the Benders lured their victims in. They would play the part of a loving family with a cozy inn for weary travelers to stay, and when their guests had their backs turned, the Benders would bash in their skulls, steal their money, and bury them out back.

Several people who stopped at the Benders’ place told a tale about how they had almost become the serial-killing family’s victims. They said the Benders had a sheet hung up in a room that the men would hide behind while the women would try to get the guests to sit in a very specific chair facing away from the sheet. When they refused to sit, Ma Bender became enraged, and then the male Benders stepped out from behind the sheet. The men quickly left, likely avoiding becoming the Benders’ next victims.

The Benders themselves ultimately escaped before they could be captured, and they were never found. 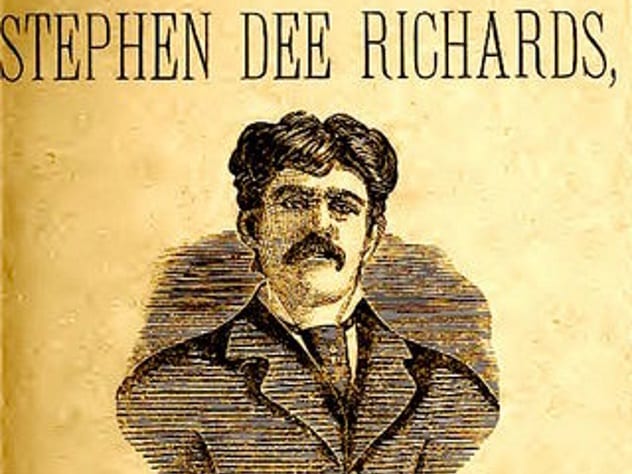 Stephen Dee Richards has been called the Old West’s Ted Bundy, but in his day and age, he was dubbed the Nebraska Fiend.[2] He was a charming and well-spoken man. Unlike Bundy, Stephen seems to have had no preferred type of victim when it came to killing. He murdered a young man he had a disagreement with, and he killed a mother and her three children with an ax. He said of killing the family that it was no different to him than killing jackrabbits.

Stephen ultimately murdered nine people in total. He did not escape justice, however, and was hanged in 1879. 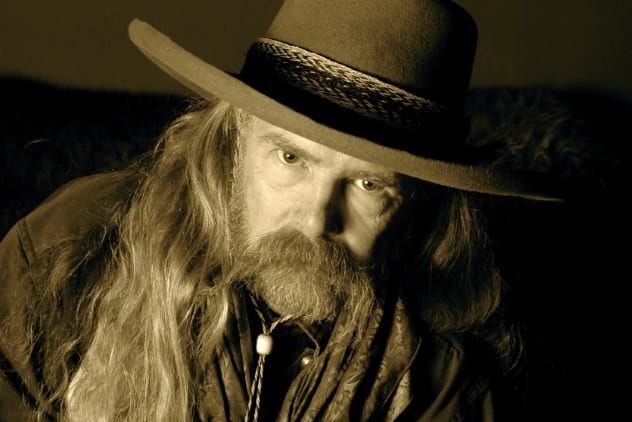 Charles Kennedy was a mountain man who lived near Eagle Nest, New Mexico. One day in 1870, Charles’s wife came running into a saloon crying. Incredibly upset, she confessed to the townspeople what she had witnessed. Her husband had been luring travelers into their home to kill them and steal their money. The very night before, Charles had done just that, but his son was in the room speaking to the traveler. The traveler asked if there were many “Indians” around, and the son responded, “Can’t you smell the one Papa put under the floor?”[3] Charles flew into a rage, murdered both the traveler and his own son, and then locked his wife in the house. The woman waited for her husband to pass out after getting drunk and then escaped out a chimney.

The men at the saloon went after Charles along with a man named Clay Allison, who was known to be good with a gun. Charles was brought to the courthouse, but after the townspeople heard rumors that his lawyer was going to get him off, they took matters into their own hands. A group of several men took Charles from his jail cell, tied a noose around his neck, and dragged him behind a horse until he was strangled to death. 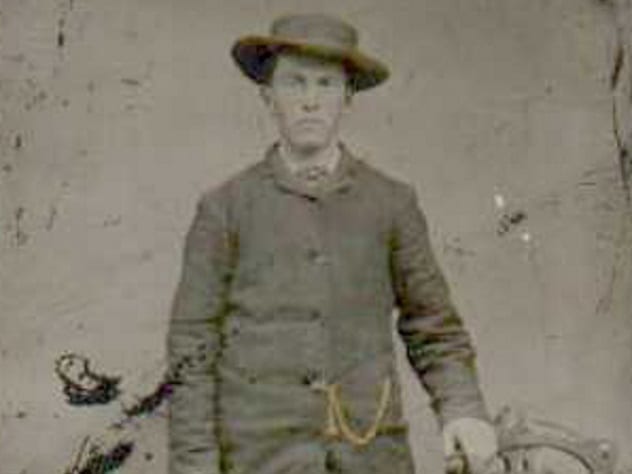 Levi Boone Helm was a mountain man and gunslinger, but he is best known as the Kentucky Cannibal. Boone was part of a gang that would steal and murder all over Oregon and Idaho, but by the time Boone had joined this group, he had already killed many men.

One day, Boone and some others got caught up in a snowstorm. The animals and all the men perished, except for Boone and a man named Burton. They had discovered an empty cabin, but it had no food. According to Boone, he had started trying to light a fire when he heard a gunshot and discovered that his companion had killed himself. It did not take long for Boone to decide to cannibalize the body.[4]

Boone would make it out of the winter storm and return to his life of crime, but he wouldn’t evade justice forever. He and the rest of his gang were eventually arrested and brought before a court. Boone tried to defend himself, but it was all in vain. He was convicted and hanged. 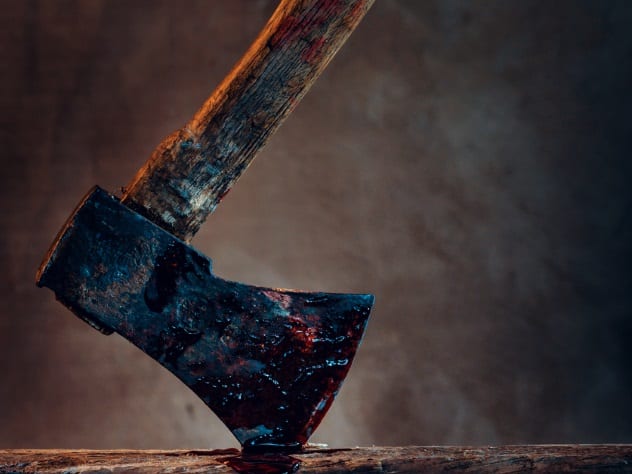 The Servant Girl Annihilator was a serial killer who murdered seven women and one man in Austin, Texas, in 1884 and 1885. He also maimed six other women and two men. The murders were thought to have been partially motivated by racism because many of the victims were black. The murderer would typically attack his victims while they were asleep before dragging the bodies outside.[5]

The police were given conflicting reports on what the killer looked like, with differing accounts as to whether he was white or black. As many as 400 men were arrested in connection to the crimes, but none were convicted. To this day, there is speculation as to who the Servant Girl Annihilator was, with theories as mundane and reasonable as Nathan Elgin, a cook who was shot by the police while attacking a woman around the time the killings stopped, to Jack the Ripper, because of course. 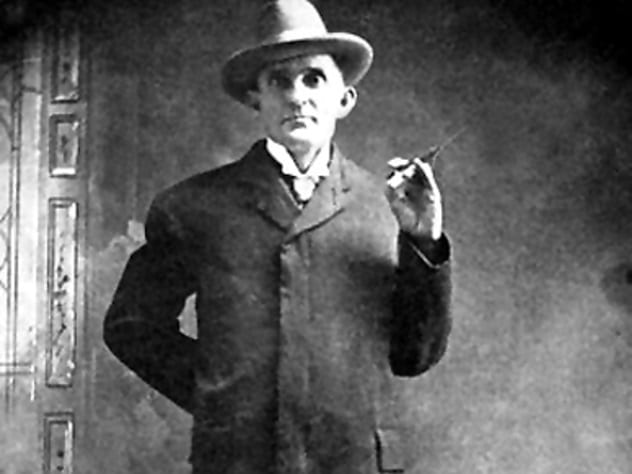 James Miller, aka Miller the Killer, was a murderer-for-hire. He was also called Deacon Miller because he would regularly attend church and seemingly had no vices; he didn’t smoke or drink. Despite his pious behavior in public, James obviously had a darker professional and private life. He would often kill people he didn’t like. When his sister was engaged to be married to a man whom James despised, the fiance was mysteriously murdered. James are arrested and convicted of the murder, but the charges were overturned on a technicality. James would eventually turn his passion for killing into a profession, charging large sums of money to have someone executed.

Because of James’s pious outward appearance, no one in his community had any idea what he was capable of. He actually had a brief stint as a lawman. James’s downfall ultimately came when he assassinated a former deputy US marshal. This caused an enraged mob to lynch him. Right before he was hanged, he reportedly shouted, “Let her rip!”[6] 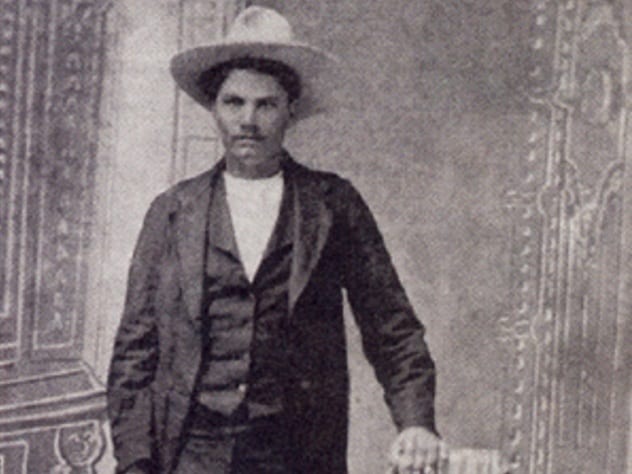 John Wesley Hardin was the last man you’d think would become a vicious outlaw. Being born to and raised by a preacher didn’t stop John from getting into trouble at an early age. His first kill was at the age of 15, and he would not stop after just one man. It’s possible he killed up to 42 men. His temper was well-known, and it was common for him to murder anyone who bothered him. John didn’t just kill troublesome people, of course; in his time, it was common to kill people and then rob them.

John was eventually imprisoned for his crimes, a rarity for someone on this list, but he didn’t evade vigilante justice altogether. After spending 17 years in prison, John lived in El Paso, Texas. As you can imagine, with that temper and all, he was not well-liked. One day, John got into a heated argument with a lawman named John Selman. Not long afterward, Selman walked up behind John and shot him in the head.[7] 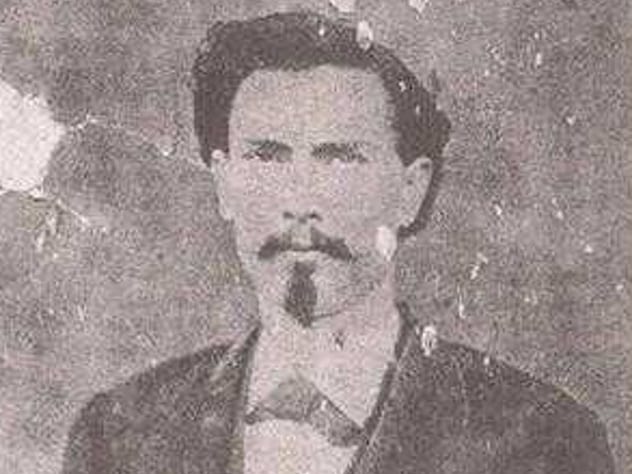 Bill Longley was a psychopath through and through. By the time he was 20, he had already killed several times. Bill was known to murder anyone who irritated him, and he was an avowed racist, so black people and Mexicans were frequent targets of his cruelty. Bill and some of his friends once happened upon three black men named Green Evans, Pryer Evans, and Ned, who were freed slaves and were traveling to visit friends. Bill and his cohorts held the men up at gunpoint. The poor men panicked and tried to escape, but Green Evans was shot and killed.

Bill’s final murder would be that of his childhood friend Wilson Anderson. Bill was already a wanted man, but this put new bounties on his head, and vigilante groups tried to capture him. Bill would eventually be caught and convicted. Longley was hanged but did not receive a quick and painless death. The rope was loose at first, so Bill’s knees hit the ground. Then, when the rope was pulled taut, he slowly suffocated. It would take 11 minutes of strangulation before he finally died.[8] 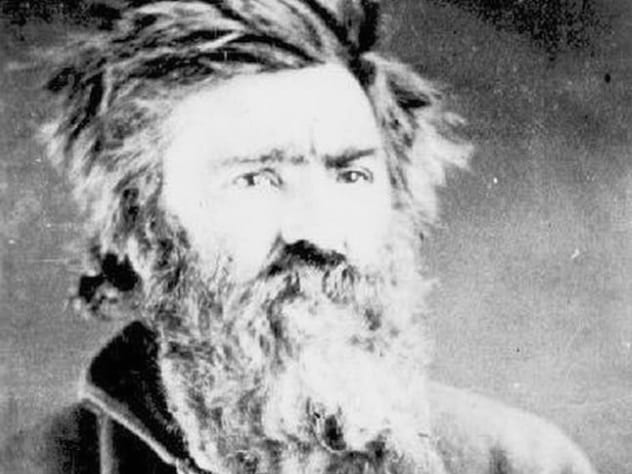 John Jeremiah Garrison Johnston was a mountain man who was dubbed Liver-Eating Johnson. John’s life is shrouded in legend, the biggest of which involves how he earned his nickname. According to the tales, after his wife was killed by a Crow Native American, John had a vendetta against the entire tribe. They say that he killed over 300 Crow natives, scalped them, and ate their livers. This was a great insult to the Crow because they believed that the liver was vital to go on to the afterlife.

The truth, though, was that John probably never ate anyone’s liver; the rumor that he did so most likely started as a dark joke he told some people and went wild from there.[9] John would eventually make peace with the Crow despite butchering scores of them, or so the legend goes. In actuality, the Crow were thought to be very friendly with American frontiersmen. In this case, it is hard to distinguish fact from fiction.

John Jeremiah Garrison Johnston died in 1900, penniless and without any family to speak of. 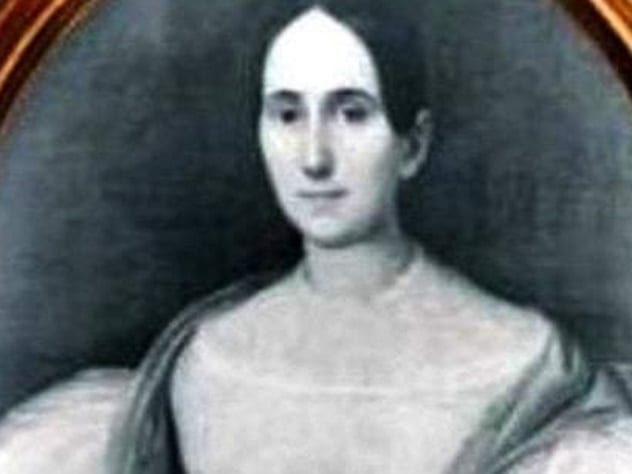 Delphine LaLaurie was a wealthy socialite who lived in New Orleans and went down in history for her monstrous treatment of slaves. Her torture of her slaves was discovered in 1834, when one elderly slave tried to burn down Delphine’s home. She was trying to kill herself in order to escape LaLaurie’s brutal punishments.

After being brought to the house by the fire, authorities also found the attic, where several slaves were in various states of torture. Previously, Delphine had actually whipped a little girl off a roof, and the police had forced her to sell her slaves. This was all for naught, as Delphine had her relatives buy her slaves for her and then sneak them back into her house.

In a shocking act of compassion for slaves for the time period, Delphine’s neighbors actually formed a mob and drove her and her family from their home.[10]

Read about more serial killers who operated during the 1800s on 10 Twisted 19th-Century Serial Killers Everyone Forgets and 10 Creepy Serial Killers Of The 19th Century.