Even though science has pushed our understanding of the living world to new heights, there are still some things that just plain baffle us. It seems that the more we uncover about life on this planet, the deeper the mysteries grow. 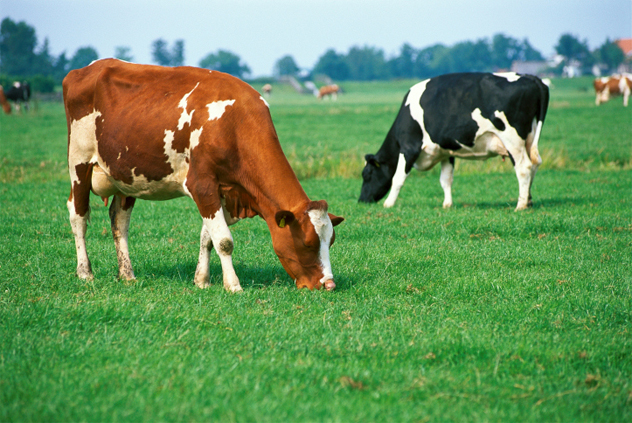 Most people don’t give much thought to grazing cows, but when a team of scientists went through thousands of Google Earth’s satellite images of cows, they stumbled upon a detail that we have missed for millennia: Cows will stand along the Earth’s magnetic poles—facing north and south—whenever they’re grazing or resting. The pattern remained consistent regardless of wind or other factors, and nobody’s quite sure why.

While some animals are known to contain an internal compass, this is the first time it’s been found in a large mammal. Another weird thing is that the nearer they are to the poles, the less accurate they get with the orientation. Scientists don’t know if the phenomenon is related to navigation or some miscalculated attempt at warding off predators, though it appears that it may have a purpose because of the consistency with which it was observed among cows across six continents. The phenomenon may have an effect on agricultural production, as cows made to stay in an east-west orientation must be affected in some way, though nobody can say how.

9Why Some Mammals Moved Back Into Water 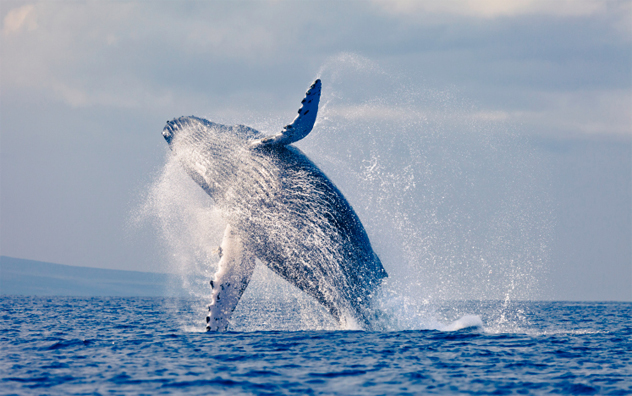 We know that marine animals moved out of the water and developed limbs to crawl the Earth. It was the sensible thing to do, as the land regions contained a large amount of untapped resources ideal for successful evolution. But why some of those animals—like the immediate ancestors of whales and seals—moved back into the water remains unknown.

For one thing, it is evolutionarily much more difficult for land animals to move into the sea than vice versa, as learning how to swim for a walking animal takes a lot more energy. It’s something that has perplexed scientists for a long time. Sea mammals developed the far more efficient method of navigating by tails instead of paddling much later in the course of their evolution, which makes one wonder: Why go through all that trouble in the first place? It remains one of the biggest mysteries of evolution facing modern science. 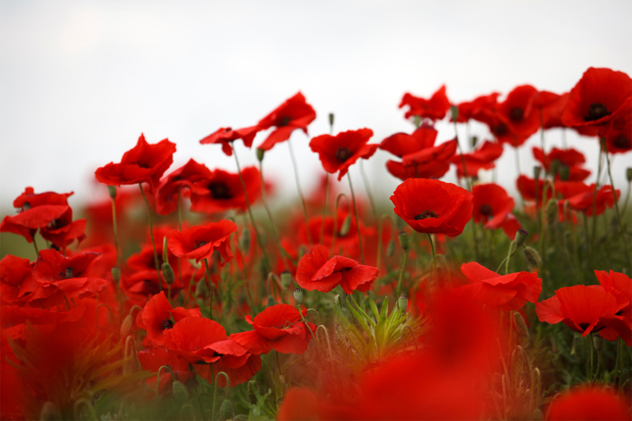 Plants often produce substances that have a lot of cool—and sometimes terrifying—effects on the animals that consume them. Alkaloids, as they are called, are naturally occurring substances in plants as well as animals, one of the popular ones being morphine. About 7,000 different types of alkaloids have been identified in plants, and even though we have been able to study the chemicals extensively, we’re still not quite sure why they’re there to begin with.

These are strong substances that elicit a variety of responses when consumed by other animals. In the case of the poppy plant that produces morphine, some experts believe that it’s useful for keeping predators away, although how morphine, a substance that’s very effective at reducing pain, keeps predators away is anybody’s guess. Some believe that, instead of external reasons, they might be useful for regulating the metabolism of the plants themselves.

7Why Flowers Are Everywhere 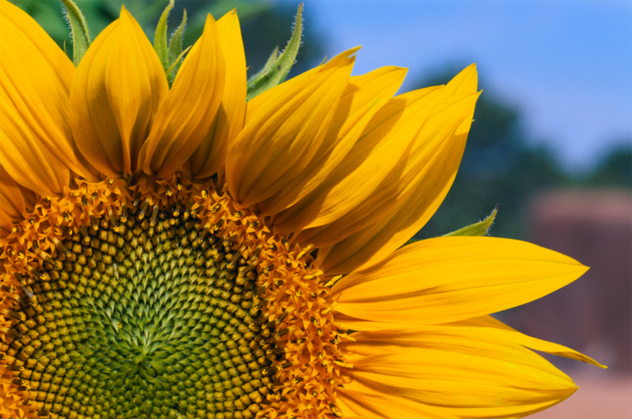 Flowering plants form a class of plants called angiosperms, and as you may have noticed, they’re everywhere. What may come as a surprise, however, is that this was not always the case. Flowering plants took over other plant types in a quick time period about 400 million years ago, and as a result they constitute about 90 percent of all plant species today.

The problem worried Charles Darwin so much that he called it “an abominable mystery.” Rapid evolution of flowers shortly after their origins ran directly against his theories of slow evolution through natural selection. And there is nothing evolutionarily beneficial about flower-producing plants—for the nutrient cost of making flowers, the plant could invest in growth or other things that could put them higher on the evolutionary ladder. Because plants don’t leave any fossil records when they die, it has been difficult to determine how this hobo species came from nowhere and so quickly conquered everything else.

6Why There Is So Much Diversity Near The Equator 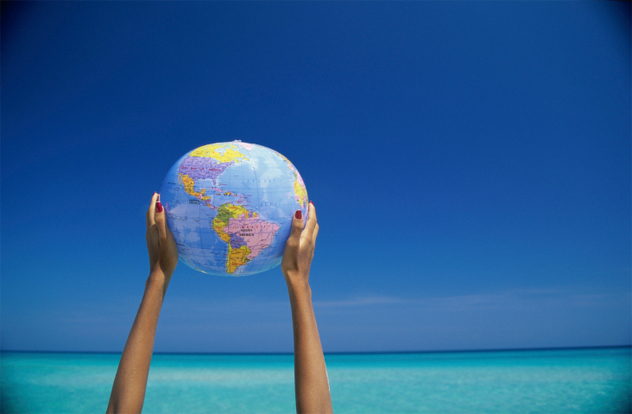 If you go from the colder areas of the planet toward the equator, you’ll find that life gets more diverse. It was about 200 years ago that a Prussian explorer, Alexander von Humboldt, first figured out that biodiversity increases as you approach the equator. Natural life as well as human culture becomes more diverse and vibrant, and so do the diseases. Whenever you hear about deadly virus outbreaks in Africa or South America, it’s not just because of poor health care in underdeveloped countries—the viruses and bacteria that cause those diseases are simply much more active and diverse in southern countries compared to northern ones.

You’d think that we would know for sure why it happens, but apart from some theories, science is divided on it. There are about three dozen theories to answer the big question, but given the sheer number of the life forms we’re talking about, it has been nearly impossible to reconcile all the hypotheses into a single conclusion.

5Paradox Of The Phytoplankton 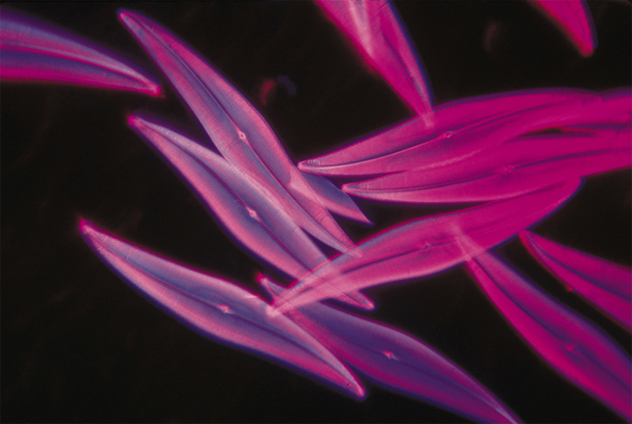 Phytoplankton are a class of organisms found in large water bodies and include a wide variety of different subspecies. They are essentially plants that float, and they’ve been discovered in water systems throughout the world. It is a hugely diverse group, and it’s the sheer diversity of these organisms that flies in the face of evolution and natural selection. The lack of resources makes it impossible for such a large number of different organisms to survive in an ecosystem without killing each other off. Yet somehow, they’re still here.

The problem is not just restricted to phytoplankton, either. Water bodies abundant in nutrients have been proven to have a lower diversity of species than the ones lacking them. It is known as the paradox of enrichment, as higher nutrients should mean higher diversity.

4How Argentine Ants Sustain A Colony Across Continents 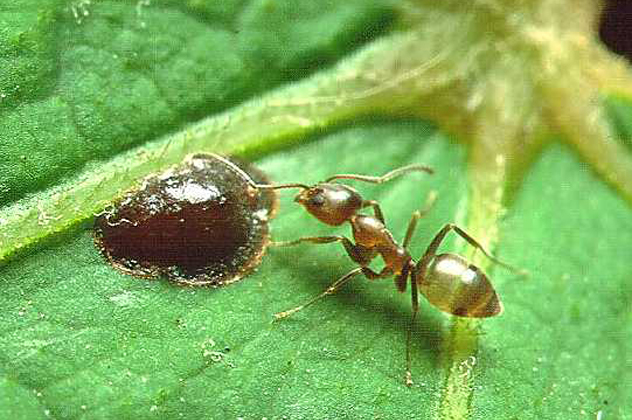 On the surface, Argentine ants look like regular ants. But they’re possibly the only species apart from us that has managed to colonize across three continents. All three super-colonies of Argentine ants in Europe, South America, and Asia consist of ants that share the same genetic traits and are essentially the same ant population. Because the geographical range of these colonies is mind-bogglingly huge, the social structure of these super-colonies has also baffled science for some time now.

The ants immediately recognize their brethren whenever put together, but are aggressive with ants from other species. Apart from that, the genetic code of the ants of today hasn’t changed a lot for thousands of years. That’s weird because organisms outside their native environment usually evolve rapidly, which hasn’t been the case for Argentine ants. 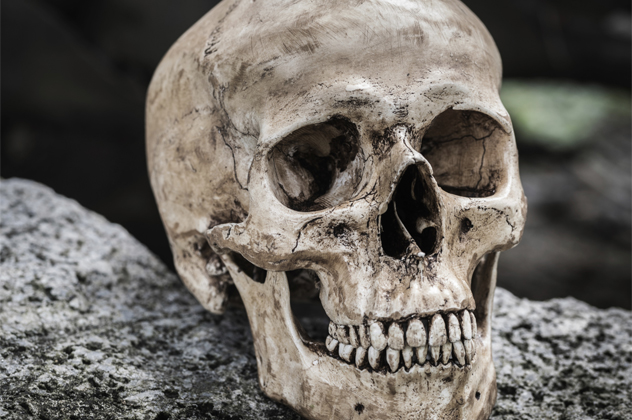 The lineage of modern humans has been well-studied over the years, and even though the first humans emerged a long time ago, we seem to have a good idea about our origins. Or that’s what we thought until scientists discovered traces of a whole new type of ancient human ancestor in the DNA of a now-extinct species.

When scientists studied the DNA of Denisovans (Denisova hominins, a hominid species closely related to the Neanderthals and named after the caves in which they were first found, they found traces of a mystery species which science hasn’t quite been able to identify yet. While there is a penetrating mystery surrounding the Denisovans themselves, we at least know who they were and where they came from. The same cannot be said for the unknown species with whom they bred about 30,000 years ago, a species that left a distinct imprint on the Denisovan DNA. Basically, all we know is that they provided Denisovans with a weird set of teeth not found anywhere else in the living world.

2Animals That Can Live Without Oxygen 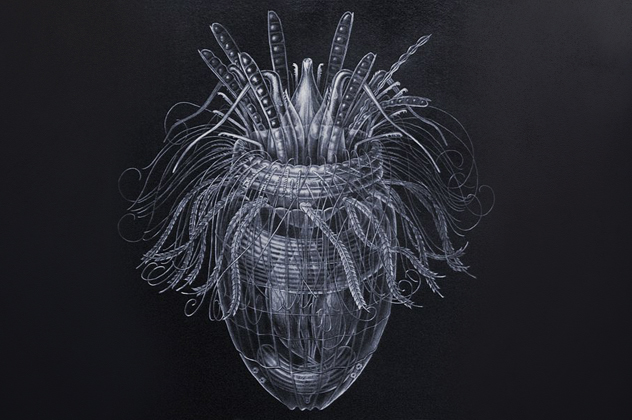 Nearly every organism on Earth lives with the help of oxygen in some way, either by consuming it or producing it. That was the reason everyone was shocked when the first oxygen-free animals were found deep in the Mediterranean Sea. While some bacteria and other simple organisms can live without oxygen, the phenomenon was unheard of among complex, multicellular animals. The newly discovered creatures are from the Loricifera phylum, a class of tiny animals that once used to live on oxygen but eventually adapted to the new environment when oxygen levels dropped and were replaced by salts.

No complex organism has previously been known to live in oxygen-free environments, and we have no idea about their evolutionary history. More research could offer us a look into marine life before the oceans had any oxygen, some 600 million years ago.

Apart from some microbes and plants, nearly all the living things in the world reproduce sexually. It is something that we take so much for granted that we don’t realize how much of an evolutionary anomaly it is. An entire half of a species—the males—are unable to produce any offspring at all while still using up the same amount of resources from the environment. Why go through so much effort to develop a mechanism that is a clear disadvantage in the long run?

One of the most favored theories is that sex helps breed out harmful mutations, but that doesn’t seem to be the case. When scientists studied 700 genes of various organisms, they found the number of harmful mutations to be a whopping 0.5 per individual per generation. For the drawbacks that come with it, that is not enough to justify sexual reproduction. As much as we like to have it, sex remains something that we still don’t quite understand.