There is very good reason for all of humanity to have a healthy curiosity relating to near-death experiences. Death is the one experience we are all guaranteed to ultimately share. The field of science has therefore made numerous attempts to explain the near-death phenomena that so many people have independently described.

10The Temporoparietal Junction May Be Responsible For Out-Of-Body Experiences 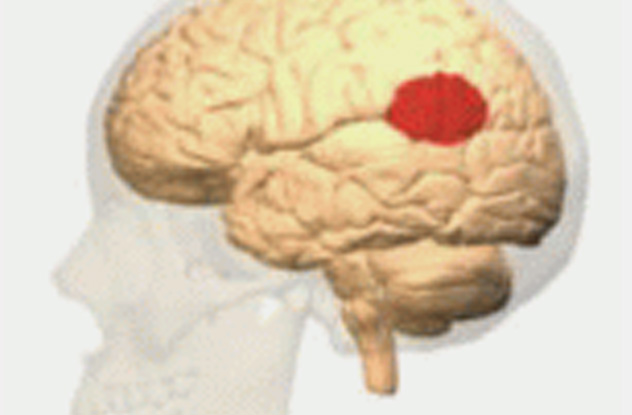 Among the more common elements of near-death experiences is the distinct feeling of an individual having left their worldly body. Those who have had an “out-of-body” experience often report floating above themselves while being able to see their body and the people surrounding them. There have even been a few reports in which those who have had an out-of-body experience can identify objects and events occurring during times in which they were considered clinically dead, but there have also been studies demonstrating that this all could be due to damage in the temporoparietal junction of the brain.

The temporoparietal junction is responsible for assembling the data collected by the body’s senses and organs to form the perception of an individual’s body. When this part of the brain is damaged, it is possible that this results in the “out-of-body” experience that so many people have reported.

Though the experience may appear to be incredibly vivid and real, scientific studies have been able to reproduce this phenomenon without bringing the subject close to death, simply by electrically stimulating the temporoparietal junction of the brain.

9Excess Carbon Dioxide May Create The Tunnel And White Light 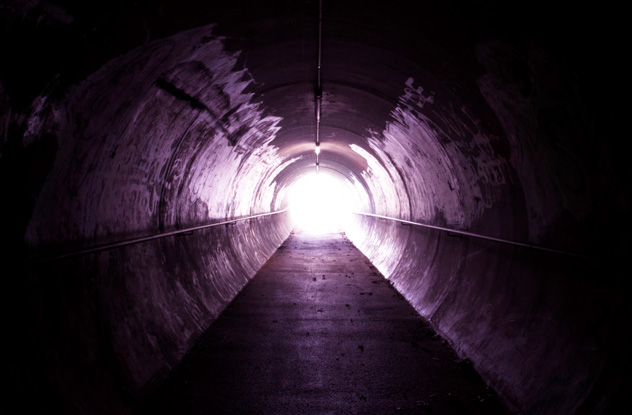 Nearly every individual who has had a near-death experience discusses the existence of a bright, white light and a tunnel that seems to lead to the afterlife. The white light seems to take on an otherworldly quality and is often accompanied by an overwhelming sense of peacefulness and welcoming.

The feeling among researchers is that the excess CO2 in the bloodstream can have a significant effect on vision, which leads to patients seeing the tunnel and the bright light.

8Lack Of Oxygen To The Brain Causes Hallucinations 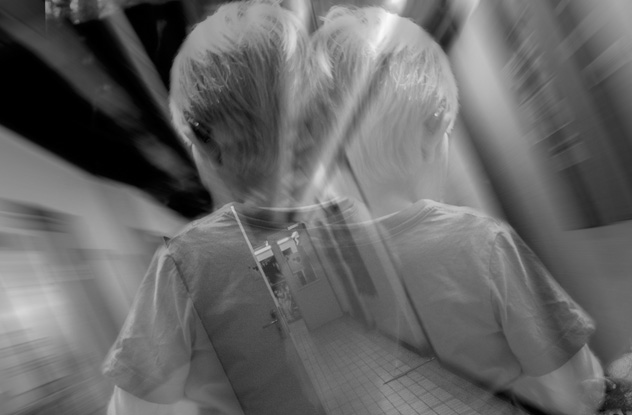 Many near-death experiences include the presence of long-dead friends and relatives appearing and perhaps even guiding the individual as they pass from the world of the living to the afterlife. Memories from every part of life are recalled in rapid succession, and there is an overwhelming sense of comfort, yet it appears that scientific research has provided an explanation for this phenomenon as well.

While excess CO2 has an effect on vision during a near-death experience, a lack of oxygen to the brain also plays a contributing role. It is well known that oxygen deprivation can lead to hallucinations and may even contribute to the feeling of euphoria that is often reported. While the sample size available to researchers is limited, studies have indicated that individuals who reported a near-death experience during cardiac arrest also had lower levels of oxygen.

Researchers believe that oxygen deprivation could well result in people “seeing their lives flash before their eyes” or being transported to a place where they are surrounded by friends and relatives who have long since passed on. This remains just a theory, however, as the other available research seems to indicate that multiple factors contribute to the near-death experience, which include the aforementioned CO2 levels as well. It makes sense in this regard that near-death experiences are commonly reported by those resuscitated following a heart attack, as a heart attack occurs when blood is blocked from reaching the brain.

7Endorphins Are Released When The Brain Is Under Extreme Stress 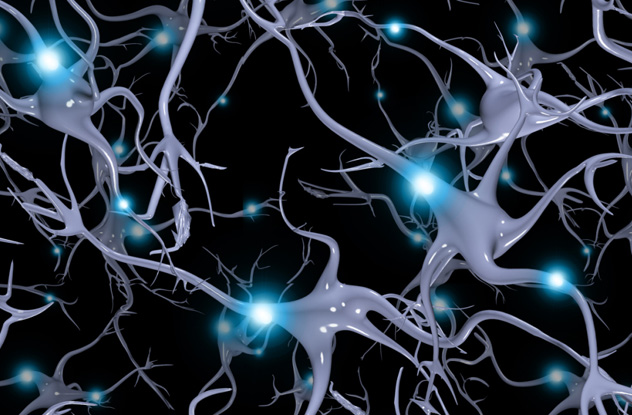 The release of these morphine-like chemicals during times of extreme stress was proposed by neuropsychologist Daniel Carr as an overarching explanation for near-death experiences, but it appears that it better explains the calm sensations and the lack of pain or worry during situations in which the body could be under extreme duress. So while you’d expect that in the stages approaching death, there would be “incredible pain and terror, the [near-death experience] surprises us with pleasure, calm, and peace,” a phenomenon believed to be the result of chemicals released by the brain.

6Brain Activity Spikes In The Moments Before Death 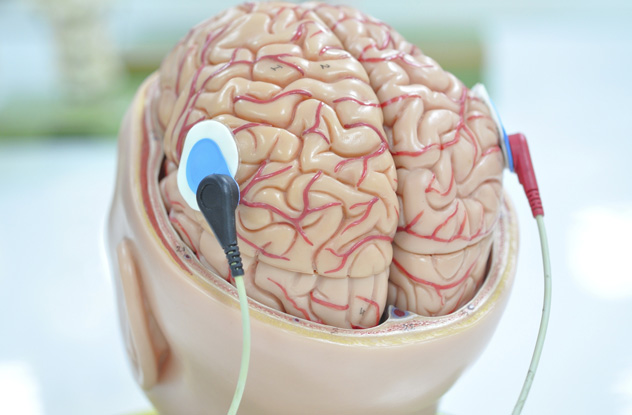 Heightened sensory perception is common in the near-death experience, and a recent study seems to indicate that these feelings of extrasensory perception may be caused by a significant spike in brain activity in the moments just before death. The study was conducted on rats and used a small sample size, so some in the scientific community have dismissed the results, but lead researcher Jimo Borjigin believes that it demonstrates the biological basis for the near-death experience.

The study relied on the implantation of electrodes into the brains of the rats so that researchers could study the levels of brain activity at the time of death. The results showed that the rats experienced what the researchers termed as “hyperconsciousness,” which aligns with the heightened senses many individuals associate with a near-death experience. According to Borjigin, “We found continued and heightened activity. Measurable conscious activity is much higher after the heart stops—within the first 30 seconds.”

5Veridical Perception May Be Confused With Anesthesia Awareness 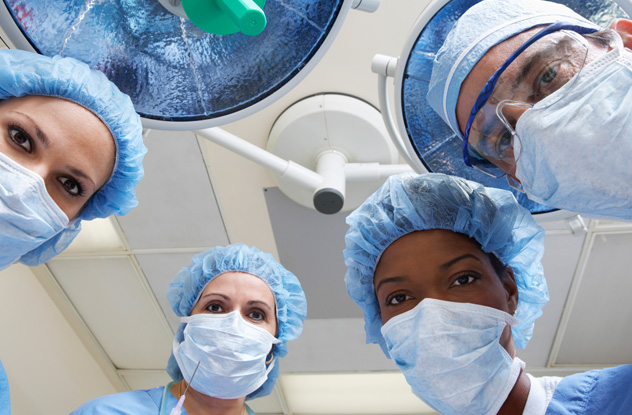 Veridical perception (the out-of-body experience) may be rooted in a cause other than the aforementioned damage to the temporoparietal junction. Many out-of-body experiences may be nothing more than anesthesia awareness. Though awareness while under anesthesia is thankfully quite uncommon (about one in every 1,000 people experience it), it is possible that those who believe that they have had a near-death experience are simply constructing false memories through this awareness.

This may be the underlying reason that Pam Reynolds, whose near-death experience is often referenced, was able to recall so many details of an operation that involved inducing “hypothermic cardiac arrest,” rendering her effectively dead for several minutes. Reynolds was able to describe the shape of the saw used to cut open her skull and even recognized that the doctors were listening to the song “Hotel California” during the operation.

4Altered Or Distorted Sense Of Time Plays A Significant Role 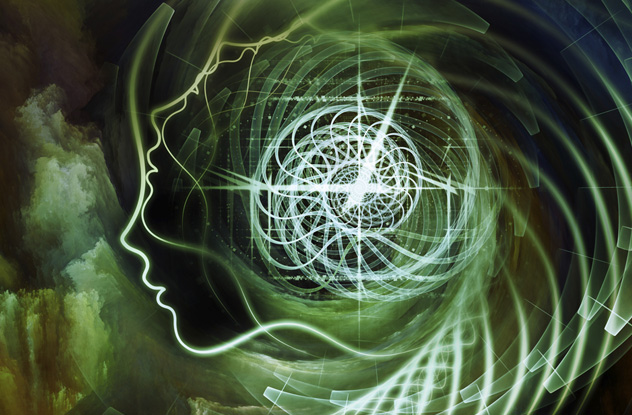 Dr. Eben Alexander, a neurosurgeon, wrote a book detailing his personal experience with near-death, which happened while he was comatose due to a bout with meningitis. According to Alexander’s own account, the near-death experience was several days in length and must have occurred while his cerebral cortex was shut down due to the coma, a fact that is paradoxical since many of the sensory details he experienced are typically rooted in the cerebral cortex. This led to his assertion that there was no material cause for his experience at all.

While the personal account of a neurosurgeon’s near-death experience led to many sensational headlines (Newsweek’s cover read “Heaven Is Real: A Doctor’s Experience of the Afterlife”), Dr. Oliver Sacks, himself a professor of neurology at NYU School of Medicine, offered a very simple explanation for Dr. Alexander’s account.

According to Sacks, “A hallucinatory journey to the bright light and beyond, a full-blown NDE, can occur in 20 or 30 seconds, even though it seems to last much longer. Subjectively, during such a crisis, the very concept of time may seem variable or meaningless. The one most plausible hypothesis in Dr. Alexander’s case, then, is that his NDE occurred not during his coma, but as he was surfacing from the coma and his cortex was returning to full function. It is curious that he does not allow this obvious and natural explanation but instead insists on a supernatural one.”

3Hallucinations And Actual Perceptions Use The Same Brain Systems 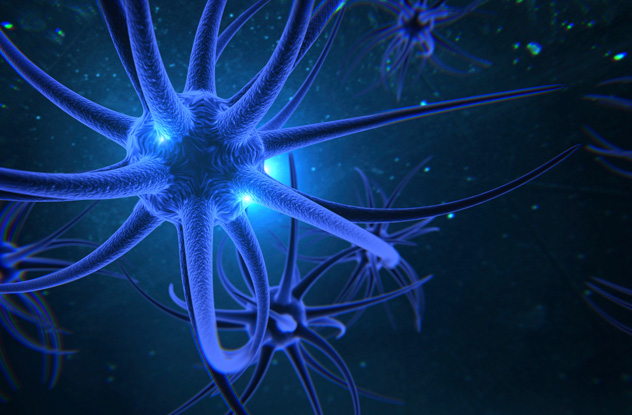 Those who have gone through a near-death experience quite frequently recall that everything seemed very real—in some cases, more real than anything they had ever experienced before. While many are resolute that what they perceived was most certainly not a simple hallucination, there is a very good reason why discerning between what is real and what is hallucinated is incredibly difficult.

According to Dr. Oliver Sacks, an individual who has had a near-death experience may believe it real simply because it seemed to be real, and with good reason: “The fundamental reason that hallucinations—whatever their cause or modality—seem so real is that they deploy the very same systems in the brain that actual perceptions do. When one hallucinates voices, the auditory pathways are activated; when one hallucinates a face, the fusiform face area, normally used to perceive and identify faces in the environment, is stimulated.” 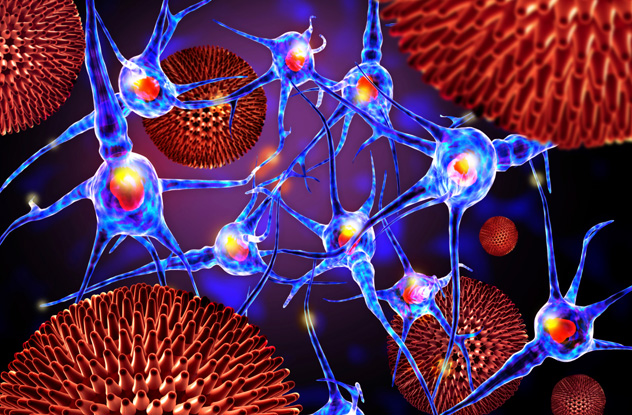 While ecstatic seizures are quite rare and occur in just a small sample of the population affected by temporal lobe epilepsy, a spike in epileptic activity in the temporal lobe may be responsible for the visions of God or of heaven that so many see during a near-death experience. A study devised by Orrin Devinsky enabled him and other researchers to “perform clinical and video EEG monitoring in patients as they are having ecstatic-religious seizures, and thus to observe the precise coinciding of their ‘theophanies’ with seizure activity in temporal lobe foci (nearly always these are right-sided).”

Historical figures that include Fyodor Dostoevsky and Joan of Arc are believed to have been influenced by temporal lobe epilepsy, which included feelings of ecstasy and the presence of something otherworldly. It may indeed be the case that those who have had a near-death experience may have had similar epileptic activity in the temporal lobes.

Dostoevsky once said the following of his ecstatic seizures: “I would feel the most complete harmony in myself and in the whole world, and this feeling was so strong and sweet that for a few seconds of such bliss I would give 10 or more years of my life, even my whole life perhaps.” Dostoevsky’s description sounds quite similar to those made in accounts of near-death experiences, lending even more credence to the theory that epileptic activity in the temporal lobe may play a significant role.

1Neurology And Religion Are Not Necessarily Contradictory 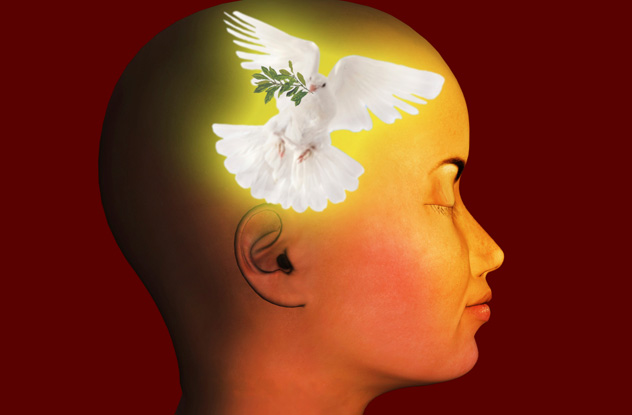 While there have been countless studies done on near-death experiences, researchers have not necessarily disproved the totality of the experience as the simple result of normal neurological function. There is the famous case of “Maria,” an individual whose near-death experience involved veridical perception during cardiac arrest. After being resuscitated, she told a social worker that she had gone outside the hospital and seen a tennis shoe on the ledge of a window on the third floor. The social worker not only found the shoe but also recognized that there was no other way for her to have known all of the details she had relayed.

Another famous near-death experience is that of Dr. Tony Cicoria, who was struck by lightning in 1994. A few weeks after the lightning strike, Dr. Cicoria, who possesses a doctorate in neuroscience, suddenly felt overcome with a desire to learn to play and write music. He was changed by the experience, and according to his own account, “saw no contradiction between religion and neurology—if God works on a man, or in a man, He would do so via the nervous system, via parts of the brain specialized, or potentially specializable, for spiritual feeling and belief.”

J. Francis Wolfe is a freelance writer and a noted dreamer of dreams. When he’s not writing, he is most likely waiting for “just one more wave,” or quietly reading under a shady tree.