When attending a stage play, you can expect to be entertained by the drama that unfolds on stage. It should be scripted, and a worst-case scenario is bad acting or an actor forgetting their lines. But then there are the rare productions that take an unexpected dramatic twist that no one was expecting. 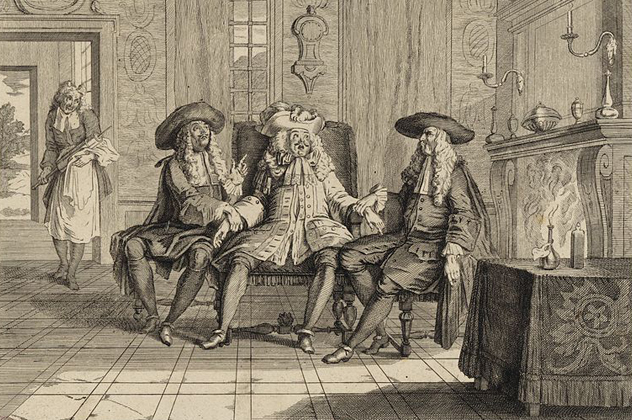 Born Jean-Baptiste Poquelin in France in 1622, Moliere was much better known by his stage name. He is considered one of the greatest satirical writers and performers in Western literature. He wrote and performed in a number of different stage plays that often pointed out the hypocrisy in French culture and religion. As a result, he was a fairly controversial figure at the time.

His last play was called The Imaginary Invalid. In the play, Moliere’s role—which he wrote for himself—was playing a hypochondriac named Argan. In reality, Moliere was actually a very sick man, as he was suffering from pulmonary tuberculosis. On February 17, 1673, during the second act of the fourth performance of the play, Moliere started coughing up blood. He made it through the play and was taken home, where he died the same night at the age of 51.

His last play and death only solidified him in the role of a legendary satirist; he was a sick man who was playing a healthy man who pretended to be sick. 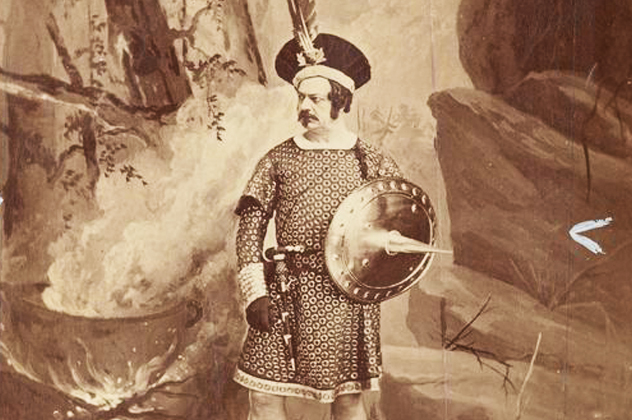 Macbeth is famous for being a cursed play. In fact, actors don’t even refer to it by its title. Instead, they call it “That Scottish Play.” According to the legend, the first tragedy apparently struck before opening night in 1611, when the boy who was going to play Lady Macbeth was stricken with a fever and died. Shakespeare had to fill the role himself. However, that is only a myth with completely fictional roots. A critic with the Saturday Night Review named Max Beerbohm made up the curse in 1898. Beerbohm was an odd choice for a theater critic because he hated theater and especially disliked Shakespeare. There are no recorded incidents where someone was sick and Shakespeare had to take over.

Nevertheless, there have been a number of tragedies attached to the play. A notable one happened in May 1849 in New York City. Two rival actors—American actor Edwin Forrest and British actor William Charles Macready—were both playing Macbeth on the same night. In one of his first performances, Macready had things like rotten fruit and eggs thrown at him. He was ready to leave New York but was convinced to stay by a group of wealthy New Yorkers. When he did one last show on May 10, 1849, 10,000 of Forrest’s fans descended on the Astor Place Opera House and the police had to defend it. The show continued on, but at least 22 people died during the riot.

If that wasn’t bad enough, two people actually died while performing as the lead of Macbeth. On January 30, 1954, Harold Norman was accidentally wounded in the sword fight in the finale of the play. It is believed that he still haunts the London Coliseum. Another incident happened January 8, 1970. At the beginning of the second act, 32-year-old George Ostroska had a heart attack and died. 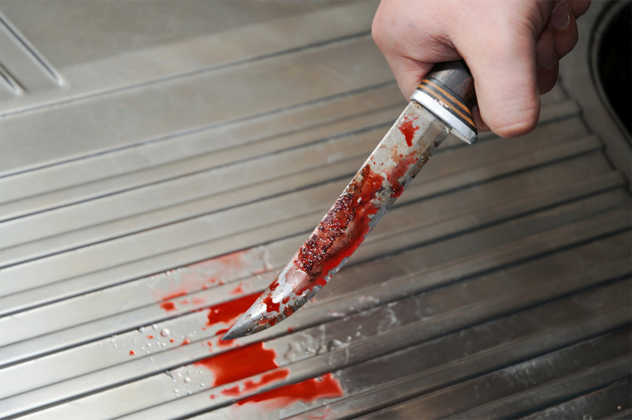 On December 18, 2008, German actor Daniel Hoevels was performing at the Burgtheater in Vienna, Austria. Hoevels was playing the character Mortimer in the play Mary Stuart. The play, which is about Mary, Queen of Scots, involves a storyline in which Mortimer attempts to break Mary out of prison. When his plans fall through, he commits suicide at the end of the fourth scene in the first act.

During this particular show, Hoevels grabbed the knife and slit his throat. Unfortunately for him, the knife turned out to be real. He managed to cut himself and real blood poured out of his neck. He walked off stage and was taken to the hospital.

Luckily, the cut wasn’t deep and he didn’t hit an artery. He received two stitches, but the doctor said that if it had been any deeper, he would have killed himself. Amazingly, he performed again the next night.

At the time, there was some speculation that someone tried to kill Hoevels out of jealousy, but the police quashed those rumors. They believe that the production simply bought a new knife and forgot to dull the blade. 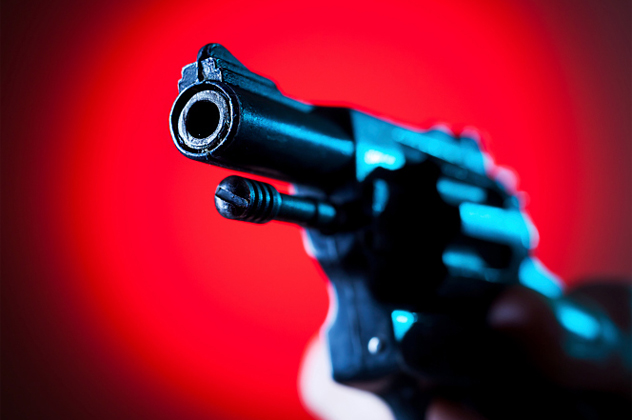 David Birrell is an award-winning stage actor. In October 2010, he was acting in Stephen Sondheim’s Passion at the Donmar Warehouse, a theater in London’s West End. During one of the final scenes of the play, Birrell’s character, Colonel Ricci, is involved in a pistol duel. When Birrell fired his pistol, it backfired and a piece of debris flew into his right eye. He was taken off set and the show finished, but the rest of the shows were canceled.

Birrell was taken to the hospital and they were able to save his eye, but he lost vision in it. With one eye blind, he now has a problem with depth perception and balance. The accident also left the eye shrunken, and due to the change in his appearance, he has to wear a cosmetic shell over it.

He sued the theater and they settled out of court. Birrell continues to act and has appeared as the lead in Sweeney Todd and as Captain Hook in Peter Pan. 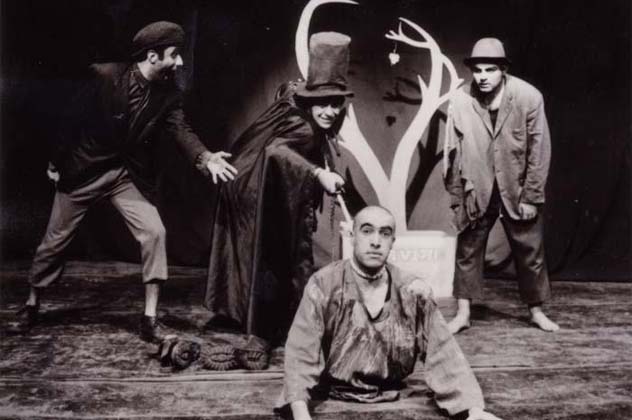 Waiting for Godot is one of Samuel Beckett’s most famous plays and is also considered one of the best modern English plays. Not a whole lot happens in the play. Essentially, two characters, Vladimir and Estragon, sit around waiting for Godot, who never comes. Since it’s such a simple play, it’s pretty popular and open to interpretation.

On November 26, 2003, 64-year-old Scottish stage actor Gordan Reid was playing the role of Vladimir at the Finborough Theatre in London. If the theory that Godot is actually God is correct, then Reid actually met him during the second act; he had a heart attack and collapsed, dying on stage.

Shortly before his death, Reid said that he was “as poor as a church mouse,” but that he loved what he did and wouldn’t have lived his life any other way.

5The Passion Of The Christ 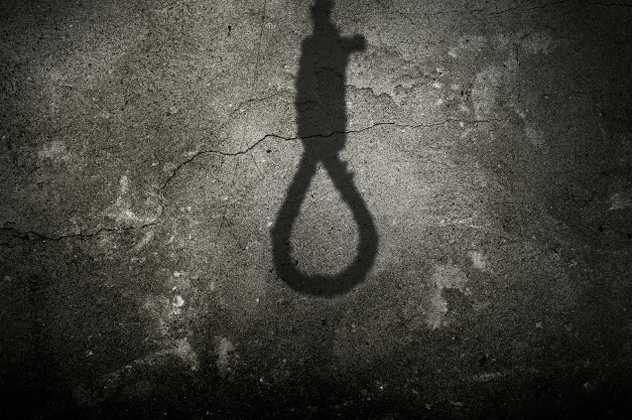 On April 6, 2012, which was Good Friday, 27-year-old Tiago Klimeck was performing the role of Judas Iscariot in a stage production of The Passion of the Christ in Itarare, Brazil. In one of the final scenes in the play, Judas hangs himself after betraying Jesus.

The stunt used a harness that the company borrowed from the local fire department. The theater troupe had borrowed the harness in prior years and there had never been a problem, but this time something went horribly wrong—Kilmeck ended up really being strangled in front of the entire audience. He hung there for four minutes before people realized that something had gone terribly wrong. He was cut down and taken to the hospital. He remained in a coma for two weeks before finally passing away. Police don’t believe it was foul play or suicide, just that the knot had been tied incorrectly. 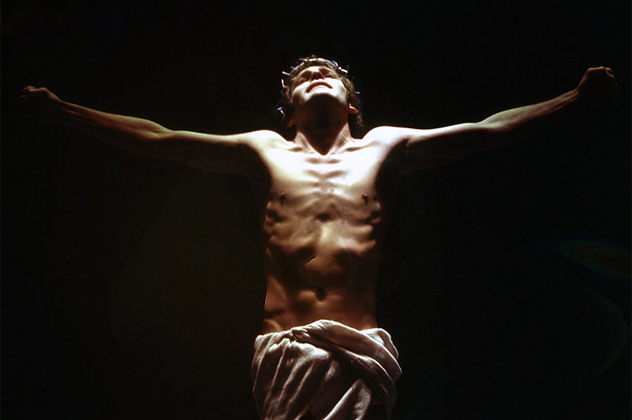 Oddly enough, Kilmeck was not the only person to die playing the role of Judas Iscariot. English actor Anthony Wheeler was playing Judas in the musical Jesus Christ Superstar at a resort in Greece’s Chalkidiki peninsula. On August 17, 1997, the 26-year-old actor prepared for the big scene where he hangs himself. In order to do the stunt correctly, he was supposed to use a safety harness, but on that fateful night he didn’t do that. He ended up choking himself to death and no one realized that anything was wrong until Wheeler didn’t come backstage. Five minutes later when they turned on the stage lights, the 500-plus audience members and his fellow actors saw his lifeless body hanging in the limelight.

Authorities are unsure why Wheeler didn’t use the harness. They thought it was possible that he killed himself, but the rest of the crew said he didn’t seem depressed and was acting normal before the show started. 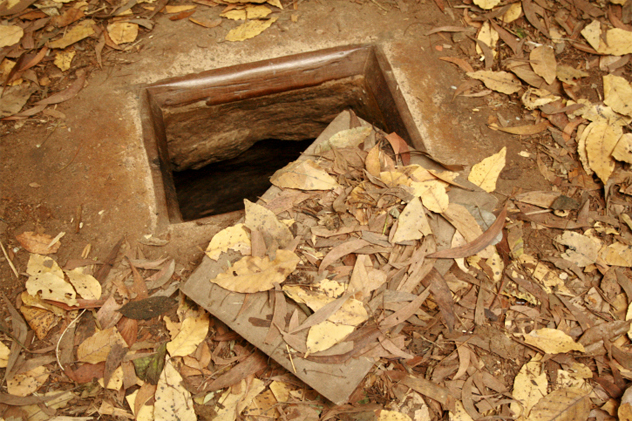 In 2008, Disney’s The Little Mermaid opened on Broadway. On May 10, 2008, during an afternoon performance, an ensemble cast member, 51-year-old Adrian Bailey, was walking on a bridge on the set just before the curtains were set to rise. On the bridge there was a trap door that had been accidentally left open after a pre-show test. Bailey didn’t know that it was open and fell through, plummeting 10.5 meters (35 ft) to the stage below. As a result of the fall, he broke both wrists and required surgery. He also broke his pelvis and his back, among other injuries. At the time, it was one of the worst injuries in Broadway’s history.

The show was delayed an hour but did ultimately go on. Bailey sued the automation company that controlled the trap door, as well as Disney. Both parties were dismissed and it was delegated to Disney’s insurance company. 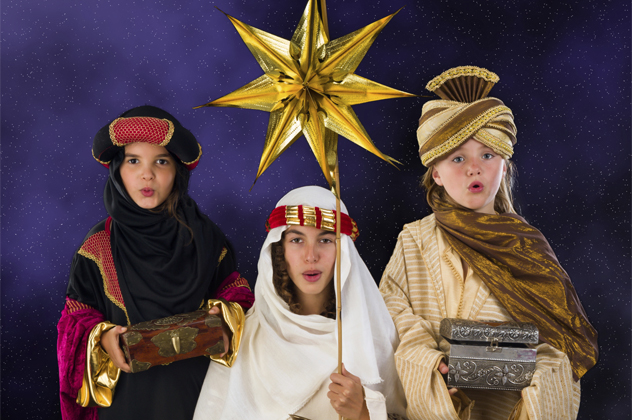 The real drama of this story started when Lee Wilkinson was working offshore. While he was away for work, his wife began an affair with Michael Dent, eventually leaving her husband to be with Dent.

That leads us to the afternoon of December 6, 2011. Thirty-nine-year-old Wilkinson went to his children’s school to see a nativity play in South Shields, which is near Newcastle, England. Wilkinson says that he just wanted to see his three children perform and didn’t know that 32-year-old Dent was going to be there.

While they stood among the other parents waiting to get into the play, Wilkinson and Dent started to argue. Dent asked if he wanted to step outside and fight like adults. Instead of taking it outside, though, the fight started in front of all the other parents who were waiting to get in. At some point, Dent got part of his little finger in Wilkinson’s mouth. Wilkinson bit down on the tip of the finger and Dent pulled back. Wilkinson ended up biting off the tip of the pinky. No children saw the incident, but it was in full view of all the parents. Wilkinson was arrested and given 11 months in prison for assault. 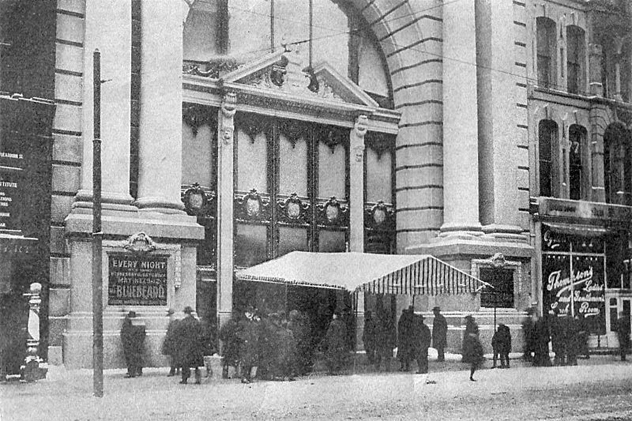 On December 30, 1903, the Iroquois Theatre had just been open for five weeks and was filled nearly to capacity with an audience of 2,000 people, many of them children because school was out for Christmas. During the second act of the play Mr. Blue Beard, the orchestra started into the song “Let Us Swear by the Pale Moonlight” when a light on the side of the stage spurted. This started a fire on one of the curtains.

At first, the audience didn’t notice, but when they did, they started to panic. The star of the play, comedic actor Eddie Foy, ran to the stage and tried to calm the audience. But the fire picked up when a draft came through a stage door, and the blaze spread quickly. There were 27 exits in the theater, and people stampeded toward them. Unfortunately, some of those doors were hidden by drapes and other doors were locked so people wouldn’t sneak into the show. Apparently, the bodies were stacked over 2 meters (7 ft) high near the locked doors.

At least 575 people died in the fire—30 more in the weeks that followed—while hundreds of others were hurt. The fire was the deadliest at the time and many laws about theater safety were enacted as a result, including installing doors that only push out and making sure all exits are clearly marked.

10 Composers and their Most Monumental Works