Everyone knows that the United States’ greatest export is its culture. American products, fashion, and movies are consumed all over the world, and our celebrities are beloved by many, with Hollywood movies grossing billions and American musicians selling out stadiums in distant cities. It should come as no surprise that many American cultural ideas have been copied around the world and adapted to fit the local market. But sometimes, a certain style or subculture takes off in the last place you’d expect it to and gets morphed until it’s bizarre.

10Mexican Gangsters Take Off In Japan

In East Los Angeles and other US cities, second- and third-generation Mexican-Americans have carved out a very distinctive subculture. Known as “cholo” culture, they famously sport lots of tattoos, wear baggy clothes, drive lowrider cars, and listen to Spanglish music with strong hip-hop influences. Like gangster rap, cholo music has a strong criminal influence to it, often glorifying gangs and drug dealing. However, it also has very powerful nationalist undertones. Mexican identity is central to the culture, and the Mexican flag features prominently in its fashion.

In the United States, cholo rap is pretty limited to Mexican-American communities. But curiously, it has found a warm reception in Japan, where many young people have gone further than just embracing the music by embracing the style as well. Much of this popularity can be attributed to music executive Shin Miyata, who founded the Japanese record label Barrio Gold and introduced popular cholo musicians to Japan. Ever since the genre took off, local acts have even imitated it with songs that mix English, Spanish, and Japanese lyrics along with the distinctive chicano fashion style. 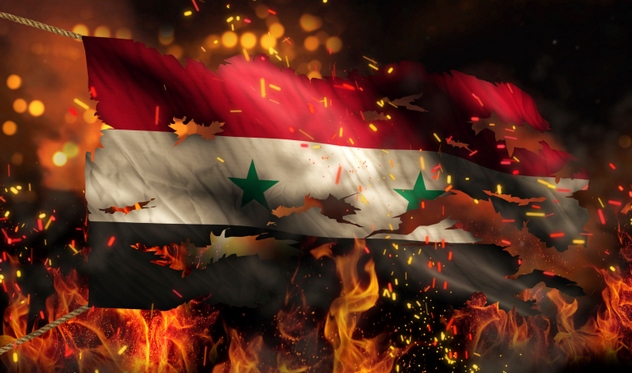 While debate still rages over whether heavy metal was born in America or Britain, none can doubt that American bands like Aerosmith, Kiss, and Blue Oyster Cult had a huge role in shaping the genre. The themes of anger, aggression, and fighting back against the powers that be have always been central to the music. Heavy metal took off in Europe and is extremely popular in Scandinavia.

One place you wouldn’t expect to see it, however, is in the war-ravaged country of Syria. In 2014, a local Syrian metalhead made a documentary about the heavy metal scene in his country. Long before the civil war, Syrian metal culture operated strictly underground, ostracized and viewed with suspicion by the conservative Muslim elements within society. In 2009, Syrian authorities arrested heavy metal musician Bashar Haroun for allegedly inciting “devil worship.”

With the outbreak of the war, the scene has struggled to remain alive and vibrant as the very venues where metalheads perform get damaged or destroyed. While the Assad government has never been friendly to them, the Islamist Syrian rebels have placed official bans on all non-Islamic music.

8Raggare Is Swedish Rockabilly Culture That Glorifies The American South 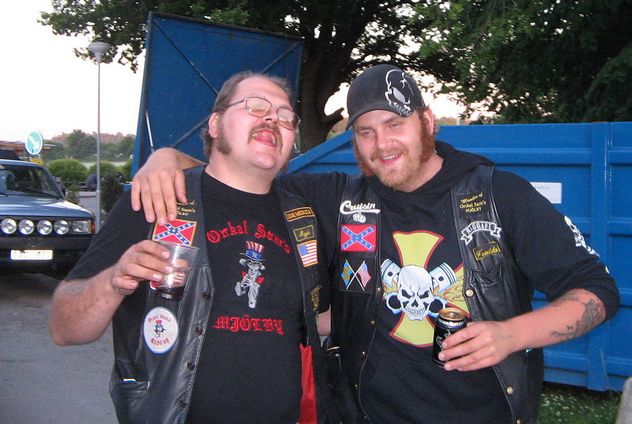 Sweden’s international image is that of a very gentile, forgiving, and politically correct country where multiculturalism is encouraged and general displays of rowdiness are frowned upon. It’s the last place on Earth you’d expect to see huge groups of people get together in classic 1950s cars with huge rims and Confederate flags to get wildly drunk and listen to country music.

Raggare is a car culture obsessed with classic American cars. People get together in the middle of the countryside to basically have a giant tailgate party. Vintage clothes are worn. Country, rock-and-roll, and rockabilly music is blasted. Beer is consumed in large quantities, and occasionally, fights break out. The Confederate flag is a popular symbol in raggare. Despite its dark undertones, the Swedes see it as the ultimate symbol of rebellion. And at its heart, that’s what raggare is about—rebellion against the sometimes uptight Swedish society.

7Emo Kids Get Stoned To Death In Iraq

Emo kids in the West get a lot of hate. It’s a subculture built around sadness and emotional struggle, generally confined to white suburban youth. Emo kids dress in dark clothes and tight jeans. Many wear their hair spiky and put on eyeliner or other kinds of makeup. They bond together through the perceived misery of their everyday lives. In the West, their struggles might include breakups, school stress, parents not understanding, and being grounded, but can also include such serious issues as depression and social acceptability.

Emo culture has taken off in Iraq, where many of its adherents are suffering through different kinds of tragedies. Iraqi emos copy the music and the distinctive style of dress. However, the country’s Islamic society is far less accommodating to it. In 2012, Shiite militant groups in Baghdad led a targeted campaign against teenagers adopting the style, threatening to kill them if they did not change their dress. At least 14 young people were stoned to death, though the campaign was denounced by many clerics.

6Moscow Is Infested With Hipsters 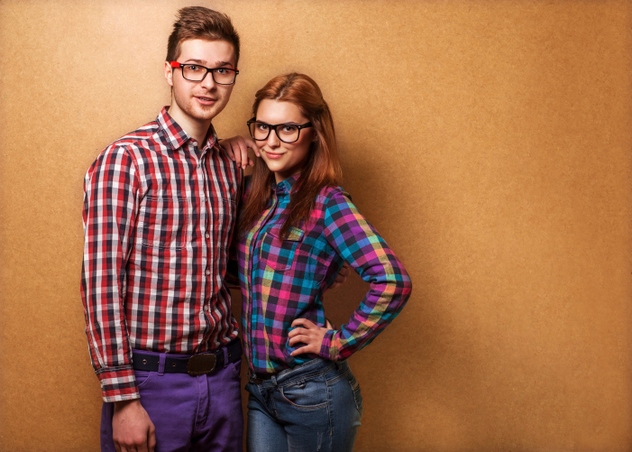 Like pornography, most people struggle to come up with a definition of exactly what a hipster is—but you know one when you see one. In the last 10 years, it seems like hipsters have become ubiquitous in American cities, a subculture of people who refuse to be grouped into a subculture. They can’t agree on what kind of fashion, music, or literature they like, but they can agree that the ones everyone else follows are garbage.

Some might think hipster culture can only survive in places like America and Western Europe, where people are prosperous and forgiving enough to accept smug, amused ennui as a life philosophy. Authoritarian Russia seems like the last place where demisexual ovo-lacto-pescatarian writer-baristas can find acceptance. But they do. Russian hipsters, like their American counterparts, can’t be defined by what they like but only by what they don’t like—politics, mainstream music, America, Russia, consumerism, nine-to-five jobs, and shaving.

Like their American counterparts, Moscow and St. Petersburg are blossoming with skinny-jeaned, ukulele-playing youngsters relaxing in the park. Still, somehow, we doubt Portlandia‘s Russian-language remake will be a hit.

Motorcycle gangs began appearing in the post–World War II West of the United States, where huge open roads and an independent Wild West spirit were the norm. Many combat vets returning from the war looked for something to distract themselves from the monotony of civilian life. Large groups of motorcycle enthusiasts would get together and form local clubs, then take to the streets and ride en masse. While the American Motorcyclist Association (AMA) was and still is the biggest, many bikers disliked its strict rules and structures. These groups split off and formed “outlaw” biker gangs, with their own bylaws reflecting the culture of the local group.

Biker gangs are famous for their patch-covered leather jackets, hard partying, and tough attitudes. Heavy metal tends to be their music of choice. While most are ultimately friendly, many such gangs were involved in drug dealing, criminal activities, and white supremacy. Biker culture spread to Europe, Australia, and South Africa, where it was hugely popular with white South Africans and fully embraced apartheid-era ideology.

In today’s radically different South Africa, biker gangs and heavy metal music are exploding in popularity with the black community. A black biker gang called the Sowetan Eagles is leading a campaign to take the racial tensions out of South African biker culture, where motorcycle rallies are one of the last bastions of old-school apartheid racism. Metal music is growing in neighboring Botswana as well, with fans adopting the leather-clad biker style of dress and loud, rebellious attitude.

4Indonesia Is The Last Cradle Of Punk

The punk rock movement swept through 1970s America like a virus, becoming the hottest counterculture of the day. Everyone wanted to call their movement punk, from hardcore political anarchists to rebel Christians, drug-dealing biker gangs, and young people who were just looking for an excuse to party. By the new millennium, the term “punk” had become a bit dated in the West, and anyone calling themselves punks were viewed as cheesy, if not totally backward. You’d be hard pressed to find any modern American bands labeling themselves punk rock.

In Indonesia, the largest Muslim country in the world, the punk scene is alive and well, both musically and culturally. Self-described punk bands hang out at local bars and underneath overpasses in Jakarta. Some groups, such as the band Marjinal, even offer food, shelter, music lessons, and cigarette-rolling classes to local street kids.

3Cowboys Of The Congo River 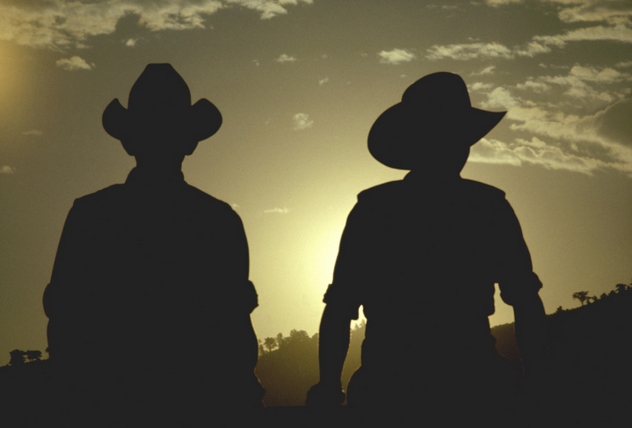 Few cultural ideas are more American than the cowboy. He exemplifies rugged individualism, adventure, and fierce determination to make it in the face of adversity. In the mid-20th century, as movies grew in importance, cowboy Westerns became a staple of movie theaters across America—and indeed the world. In the United States, the Western movie boom led to a resurgence of interest in all things cowboy. But that wasn’t the only place where it blew up.

In the Belgian Congo, an extremely poor country still controlled by its imperial masters, urban black people living in segregated neighborhoods with little or no opportunity began clamoring into tight, makeshift movie parlors to watch American Westerns such as Buffalo Bill. A new subculture emerged. Young men called themselves “Bills” after the most ubiquitous movie character of the times. They dressed like cowboys with the iconic hats, boots, and plaid shirts.

The culture was about expressing appreciation for the movies they loved, no doubt. But it also carried a strong anti-colonial message. The cowboy culture was about violence, individualism, and self-dependence, all of which stood opposed to the imperialist notions of both racial and economic subservience. Some scholars argue that the popularity of Western movies in the Congo helped lead to the often violent resistance that won the country its independence in 1960.

2Japanese People Who Want To Be Black

It should come as no surprise that Japan occupies three spaces on this list. America and Japan have a very long history of culturally influencing each other, and you need to look no further than local anime clubs to see American teenagers who wish they were Japanese.

Many American subcultures have found a fan base in Japan. “B-style,” a portmanteau of “black” and “lifestyle,” is a Japanese following obsessed with hip-hop, gangster rap, and African-American culture. Many copy how rappers dress, with baggy clothes, jewelry, and tattoos. Some go as far as darkening their skin through excessive tanning and going to special salons to get their hair curled or braided into cornrows. American rappers have huge fan bases in Japan, and Japanese-language rap is taking off as well.

1Newcastle Is The Jersey Shore Of Europe

Jersey Shore was an American television phenomenon, exposing millions to the antics and bad behavior of a group of hard-partying 20-somethings. But while you can find young adults all over the world willing to party and make fools of themselves on TV, Jersey Shore did something unique in tying the “Guido” culture of its stars to a specific, geographic place.

MTV UK’s response to the show was to launch Geordie Shore, a reality show based on the exact same formula but centered on the city of Newcastle upon Tyne in northeast England. A former industrial city, it is known for its working-class citizens and distinctive accent, called “Geordie.” The cast members of Geordie Shore don’t just emulate the crazy behavior of their American counterparts. Their distinct style of dress and tattoo obsession are familiar as well. Like its American version, the show has gained a ton of notoriety in Britain, while many calmer residents of Newcastle hate the bad image it has given their region.

Fernando is a part-time writer and full-time realtor based in Miami. He’s happy to help you with all your South Florida real estate needs at facebook.com/Fespinorealty.