Most hybrids result from two species having sex. For example, zorses come from zebra-horse sex, and ligers come from lion-tiger sex. Sometimes, though, a two-species hybrid has sex with a third species, which may produce a cool three-species hybrid. Dogs have sex with lots of stuff, including pillows, tables, and human legs. So it isn’t surprising that they might have sex with other animals that look like dogs, such as wolves and coyotes. From an evolutionary standpoint, dogs split ways with gray wolves only 15,000 years ago and from coyotes at least one million years before that. However, interbreeding is still possible, at least sometimes.

All of the possible two-species hybrids have been documented: dog-wolves, dog-coyotes, and wolf-coyotes. So have the three-species hybrids. After the arrival of Europeans, one mixed population arose in North America. Wolves in the Northeast were forced farther north, where they met coyotes coming from the Great Plains. There, wolves and coyotes mated with one another and with local dogs.

Today, these triple hybrids are thriving. Genes from wolves equip the hybrids to kill deer so that they can eat well in the forest. Meanwhile, genes from coyotes and dogs enable the hybrids to do well in human spaces, especially those close to cities, expanding the area in which these hybrids can live successfully. It’s a familiar story. Two parties have a neutral relationship with nothing sexual between them. Suddenly, a third party arrives and draws all of them together into a torrid three-way.

That’s how it happened in the Colorado River Basin, too. For many years, the bluehead sucker and the flannelmouth sucker lived side by side without hybridizing. Sometime in the 20th century, though, a third species of fish, the white sucker, moved into this territory. The white sucker was a closer cousin to the flannelmouth sucker than the bluehead sucker was.

The flannelmouth sucker fell hard for the invader. Together, they produced many hybrids. In the next generation, these hybrids mated with each other and with their parent species. So it got really complicated. In the end, many fish fell along a continuum: Some were more like white suckers, others were more like flannelmouth suckers, and still others were closer to the middle.

At some point, the bluehead sucker jumped into the mix. It was the most distantly related of the three fish, so it didn’t—or couldn’t—participate as often. What happened first is unclear. Maybe the bluehead fell for a white sucker, producing a hybrid, which then went on to mate with a flannelmouth sucker. Or maybe the bluehead just went straight for one of the white-flannelmouth hybrids.

Either way, the result was clear. In a 2008 paper, scientists reported the existence of several three-species fish—part bluehead, part white, and part flannelmouth. To name them, scientists latched onto the fact that these fish were mixtures, or “mutts.” So the scientists called these new fish “muttsuckers.” 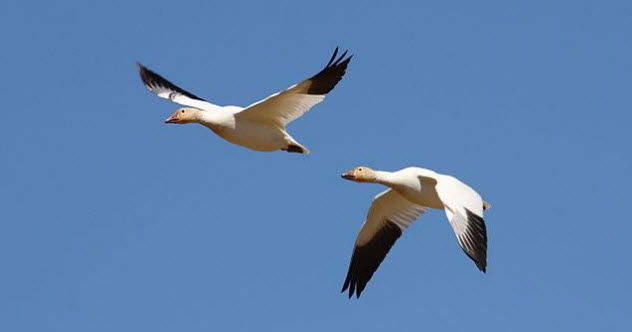 When a swan and a snow goose pair up, the result is a swan-snow hybrid. This is a rare event. It’s even more unusual for one of these hybrids to pair with a third species, the barnacle goose, to make a triple hybrid.

In May 2008, three swan-snow-barnacle geese were seen in Germany in the company of their parents. By June, two of the three had disappeared. Scientists observed a mixture of features in the remaining hybrid. Its beak was an intermediate size: larger than that of the barnacle goose but smaller than that of the swan-snow goose. In many places, its coloration resembled that of its barnacle parent. In others, it resembled its swan-snow parent.

Will this triple hybrid continue the family tradition of finding love in unusual places? Maybe. But even if it does, it probably won’t be able to produce a four-species hybrid. The swan and the snow goose are close relatives. The barnacle goose, however, is more distantly related. So while the swan-snow combo is fertile, the swan-snow-barnacle combo probably isn’t. 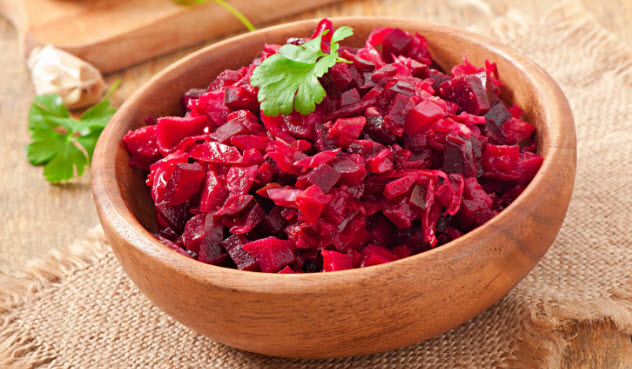 One classic way to mash different kinds of beets together is in a salad. In a 1986 paper, scientists also reported on a way to do it genetically. They started with a two-species hybrid, the result of a liaison between B. vulgaris and B. lomatogona. With this hybrid, they performed a cross to a third beet species, B. procumbens.

The result was a three-species beet: B. vulgaris–B. lomatogona–B. procumbens. But it was a sterile plant. Under the microscope, scientists watched the hybrid’s chromosomes struggling to pair as its cells tried to make pollen. Although some chromosomes did manage to find partners, others failed. Without this pairing, the plants couldn’t complete meiosis, a special cell division that is necessary to make sex cells.

The scientists also looked at several proteins produced by the beets. In the hybrid, these proteins were present in three different versions, one inherited from each of the parent species. In a cell, some of these proteins typically come together to form multi-protein clumps to carry out their function. In the beet hybrid, some of these multi-protein clumps were also hybrids. Proteins from at least two—and possibly three—species had latched onto one another to make multi-beet mixtures. Tobacco (N. tabacum) has many cousin species. Since at least the 1930s, scientists have made a surprising number of triple hybrids with these species.

For example, in 1960, scientists produced a triple hybrid by first creating a two-species hybrid, N. glutinosa–N. trigonophylla. Unfortunately, this two-species hybrid was sterile. So scientists treated N. glutinosa–N. trigonophylla with the chemical colchicine to disrupt cell division. The resulting cells contained twice as many chromosomes, which solved the fertility problem.

Formed in these different ways, the two N. glutinosa–N. trigonophylla–N. tabacum triples looked different. One was shorter, had narrower leaves, and made more flowers. It also made lots of seedpods. The other hybrid made none.

However, both triples were sterile—almost. After a lot of work, scientists managed to get one of the triples to make a viable seed. One measly seed. Nothing more. 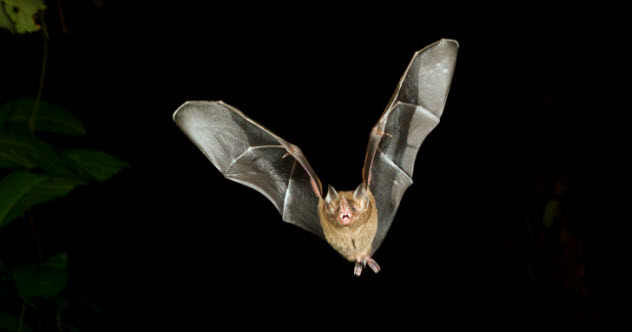 Around 2.5 million years ago, Caribbean fruit bats A. jamaicensis and A. planirostris diverged from a common ancestor. However, sometime in the last 30,000 years, the two species made contact again and had sex. The evidence of this union is A. schwartzi, a third Caribbean bat. Most of A. schwartzi‘s DNA is a simple two-species mixture: part A. jamaicensis and part A. planirostris.

Like other animals, bats have two kinds of DNA. Most of it is stored in the nucleus, a container in the center of a cell. However, some DNA is stored outside of the nucleus in the mitochondria, tiny energy factories that are considered the powerhouse of a cell. These two kinds of DNA are also inherited differently. Nuclear DNA comes from both parents, but mitochondria come from the mother only.

Today, A. schwartzi is a separate species. This identity might have been secured at the end of the last ice age when rising sea levels made it difficult for bats to travel between islands. Cut off from its three parents, the triple hybrid was able to become something separate. Animals contain many cells. To conceive offspring, they use just two: one egg and one sperm. In contrast, yeast consists of just one cell. When a yeast cell has sex, its entire self is fused with its partner, and its old identity is lost.

Yeasts generally have sex within their own species, although they can have sex with other yeast species. One story of yeast sex involving three species is described by scientists in a 1999 paper. They puzzled out the ancestry of a species called “CID1,” named for its place of discovery inside a bottle of homemade apple cider.

To determine how CID1 might be related to other yeasts, scientists looked at MET2, a gene in the nucleus. In CID1, MET2 was present in two different versions, with each inherited from a different species. The first came from S. cerevisiae-like and the second from S. bayanus-like.

When scientists looked at ATP9, a gene in the mitochondria, the story became even more complicated. CID1’s ATP9 hadn’t come from either S. cerevisiae-like or S. bayanus-like. Instead, it had come from a third Saccharomyces species, IFO 1802-like.

In yeasts, mitochondria aren’t maternally inherited. The word “maternal” doesn’t make sense anyway because yeasts aren’t divided into males and females. Instead, they have two mating types called “a” and “alpha.”

These two mating types are different but not as much as eggs and sperm. For one thing, both a-cells and alpha-cells are the same size. Also, like eggs—but unlike sperm—both yeast mating types can pass mitochondria to their offspring. So the IFO 1802-like yeast that passed on its mitochondria to CID1 could have been either an a or an alpha. S. australe and S. falcatulum are mosses found in New Zealand. For a 2009 paper, scientists collected samples from many specimens and compared their DNA. By the end, one thing was clear: All of the specimens were hybrids. But some were two-species hybrids, and others were three-species hybrids.

To explain this, the scientists proposed a new model involving six ancestor species, which they named A, B, and C for S. australe and R, S, and T for S. falcatulum.

Technically, neither S. australe nor S. falcatulum was a real species. Instead, each consisted of two genetically different groups that competed with each other: two-species hybrids vs. three-species hybrids. Or, in the language of alphabet soup, AB vs. ABC and RS vs. RST. 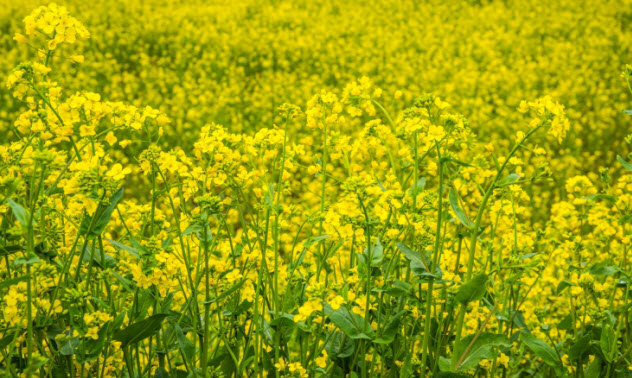 The genus Brassica is the source of many great foods. B. rapa gives us turnips, and B. nigra gives us black mustard. Different strains of B. oleracea give us several important vegetables, including broccoli, cauliflower, and brussels sprouts.

Two-species hybrids, formed between these Brassica, are also important crops. If you cross B. rapa and B. oleracea, you get B. napus, the species that gives us canola. If you cross B. nigra with the other two, you get B. juncea (leaf mustard) and B. carinata (Ethiopian mustard).

However, the three-species hybrid B. rapa–B. nigra–B. oleracea isn’t found in nature. This seems like a real shame. With such edible ancestors, this three-way Brassica should produce an interesting vegetable or at least an oil.

In the lab, scientists have been working on this hybrid for a long time. If everything had gone right, this hybrid would have 54 chromosomes: 20 from B. rapa, 16 from B. nigra, and 18 from B. oleracea. In reality, though, these hybrids tend to be unstable. Many lose chromosomes—or even make more—so they end up with another number.

That took another generation. To do it, scientists banked on the idea that the B. napus–B. carinata hybrid would be a little unstable and that some of its eggs would contain twice as much DNA as normal. When fertilized with normal pollen from B. juncea (a B. rapa–B. nigra hybrid), these eggs would go on to make seeds with just the right number of chromosomes.

At least, that was the idea. In reality, though, the execution fell a little short. The scientists’ best hybrid had 50 chromosomes, four shy of the expected total. But when building B. rapa–B. nigra–B. oleracea hybrids, this was considered a big success. Mixed with other things, wheat flour can give you bread, cake, or pizza. What’s less widely known is that wheat is also a mixture.

In the lab, scientists have reenacted this second hybridization. Their experiments have produced additional versions of T. aestivum, which may be useful in new breeding programs. Since the 19th century, scientists have also worked to create hybrids between wheat and rye. These hybrids are called triticale. “Triti” comes from Triticum, the genus name for wheat, and “cale” comes from Secale, the genus name for rye.

Rachel Rodman is a science writer based in some college town somewhere. You can read more of her stuff here: rachelrodman.com.