What is it to be tough?

Maybe it’s the power to throw a good punch. Or the strength to take a beating and get up. Or the endurance to live through hardship and emerge on the other end ready to carry on.

Then again, maybe it’s the temerity to challenge somebody to a duel if they call you old. Whatever the definition, here is a list of 10 people who take toughness to another level. 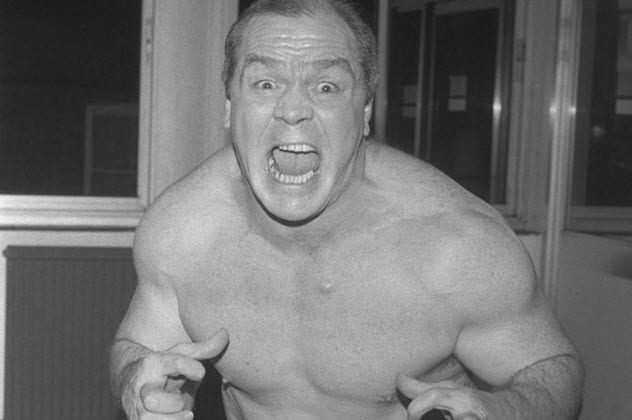 Close your eyes and imagine a person who is as hard as nails. Now look at the picture of Lenny McLean above. Are the two images close? They should be.

This East End bruiser was involved in thousands of unlicensed and often bare-knuckle fights. In fact, he was used as an enforcer by many of London’s leading gangsters before becoming one of the city’s most feared bouncers.

A few films and documentaries have been released that are based on McLean’s life as well as a best-selling autobiography. But if you really want to get a feel for the type of man McLean was, try watching Guy Ritchie’s 1998 hit, Lock, Stock and Two Smoking Barrels. In the film, McLean himself plays a hard-nut East End bouncer.[1] 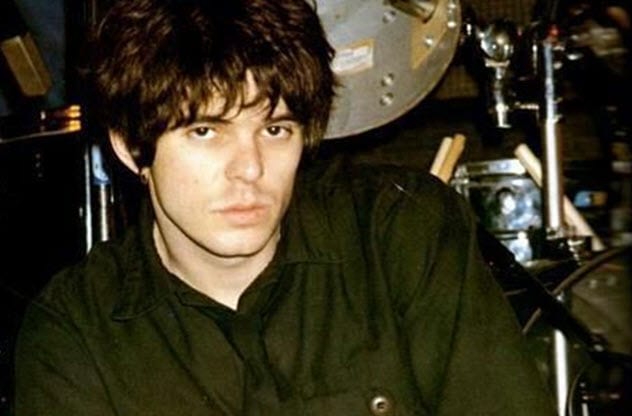 Lenny McLean was a bare-knuckle boxer and a bouncer, and you must be hard as nails if you want to work those jobs. But what about a pop star? You certainly don’t have to be a lean, mean, butt-kicking machine. But if you’ve had a career like bassist Jean-Jacques Burnel, you have to learn how to defend yourself.

JJ was the son of French immigrants to London’s Notting Hill area. Bullied at school, he was mocked for his French background. So this is where he honed his skills in self-defense.

In 1974, Burnel joined the Guildford Stranglers, a band formed by small business owner and part-time drummer Brian Duffy (known to fans as “Jet Black”). As a famous and influential punk band, The Stranglers were known to enjoy the occasional punch-up.

One incident involved Paul Simonon, iconic bassist for fellow punk royalty The Clash. The battle in Camden Town pitched members of The Clash, the Sex Pistols, and the Ramones (as well as some fans) against the Stranglers. It all started when Burnel misunderstood a gesture by Simonon as they met backstage.

Simonon had a nervous tic which involved him spitting on the ground. Burnel took this as a sign of disrespect leveled at him and his band as they had just performed. Given that Burnel is a karate expert (currently the UK branch chief of The Shidokan), we can be pretty certain who won the scrap.[2]

In many nations around the world, rugby union is a minority sport. In a few nations, it’s very popular—usually the third or fourth most-liked sport. In Wales, South Africa, and, most famously, New Zealand, it’s a religion.

The famed All Blacks are the all-conquering superheroes of the rugby planet. No player in All Black history has generated as much fear in his opponents as Jerry “The Terminator” Collins.[3]

A real fan favorite wherever he played, Collins’s fixed, cold, sharklike grin was terrifying. His tackling, however, was the sporting embodiment of a thunderstorm fighting a tornado during a nuclear war.

In 2015, Collins and his partner, Alana Madill, died tragically in a car accident in France. Collins was only 34 years old. He was survived by his daughter, Ayla, who was also in the car but miraculously survived.

If there was ever a recruiting tool for people to become fans of rugby, take a look at the above video compilation of Collins’s biggest tackles. You will, however, never want to play the game after seeing this monster at work. 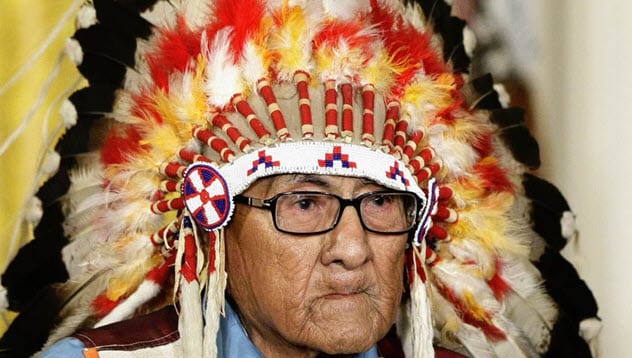 To be declared a “war chief,” a brave in the Crow tribe must complete four tasks. He must touch an enemy warrior without taking his life, take an enemy’s weapon from him, lead a successful war band, and steal an enemy’s horse.

You’d be forgiven for thinking that the man mentioned here must have lived in the Old West or before the Europeans came to America. However, Joe Medicine Crow achieved all four of these feats during World War II.

As well as attaining the first master’s degree in the Crow Nation, Medicine Crow became a legend for his exploits in the European theater of war. First, he led a seven-man squad on a sabotage mission along the Siegfried Line. Then, during an assault on a German-held village, he ran into a Nazi soldier. Medicine Crow knocked the Nazi to the ground and took away his rifle. Finally, Medicine Crow stole 50 horses from a Nazi battalion.

The fact that these war chief feats (which were mandated during a preindustrial time) were completed in the largest mechanized conflict the world had seen proves that Joe Medicine Crow was tougher than a cobbler’s closet of old boots. He went on to become an esteemed tribal spokesman with many publications to his name.[4] 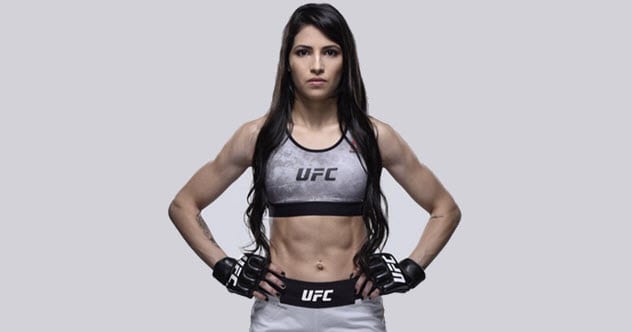 More than any modern cultural phenomenon, women’s mixed martial arts (MMA) has put to bed any notion that “women aren’t tough.” Polyana Viana proved this with her record in the octagon and then on the streets of Rio.[5]

While leaving her apartment in January 2019, Viana, then 27, was accosted by a would-be mugger who demanded her valuables and brandished a gun. Not a wise move. When she realized that the “gun” was a piece of crumpled cardboard roughly shaped to look like a firearm, she proceeded to, well, crumple the mugger roughly like a piece of cardboard.

The proliferation of extraordinary fighters coming from Brazil is amazing. This begs the question: Why would you try to mug anyone in a county where MMA is becoming the national pastime? 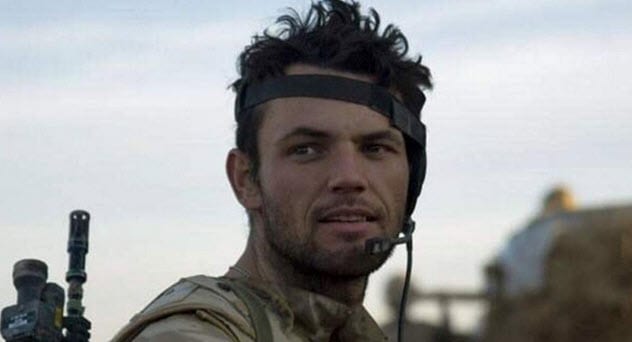 Sometimes, being “hard as nails” is the ability to take punishment. Nobody exemplifies this more than Corporal Paul Vice, a Royal Marines commando who fought during the War in Afghanistan. While on a routine patrol in 2011, he and his team were caught in an IED blast.

After suffering catastrophic injuries, Vice was airlifted back to Camp Bastion. He “died” twice on the chopper flight after suffering over 100 separate injuries with more than 300 pieces of shrapnel in his broken body.

After a long recovery during which he dealt with life-altering injuries, Vice went on to compete in the Invictus Games in 2014. He won a gold medal for cycling. In 2016, he hauled in a whopping seven Invictus Games medals.[6]

This unbelievable athlete from the USA must have feet made from titanium to do what she does.[7]

Winning 9 out of 12 races in a calendar year is impressive for any athlete. But when those races include courses of over 160 kilometers (100 mi), this feat is truly extraordinary.

But it is only one of the many achievements that Dauwalter has had to date. During the Run Rabbit Run 160-kilometer (100 mi) race in 2017—a competition she won along with the previous year’s race—she ran the last 19 kilometers (12 mi) battling temporary blindness!

Most people would struggle to run a few yards with an annoying eye floater. 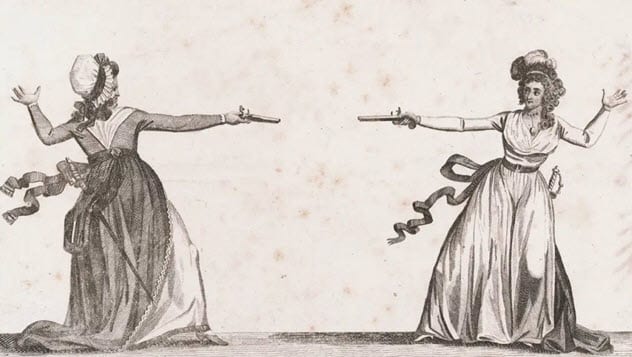 Before duels fell out of favor in England in the mid-19th century, many were fought for what amounts to, in today’s terms, rudeness. In 1792, twentysomething Lady Almeria Braddock was a proud woman and harder than an ebony box full of iron bars.

Mrs. Elphinstone suggested a duel and asked if Lady Braddock would prefer swords or pistols. “Both!” exclaimed the defamed Lady Braddock. Soon enough, Mrs. Elphinstone put a bullet hole through her opponent’s hat, which prompted their seconds to plead with the dueling women to end it there.

As she hadn’t received an apology yet, Lady Braddock insisted on continuing the fight with swords. She proved victorious when she wounded Mrs. Elphinstone’s sword arm. Once and for all, this proved that asking a lady’s age may be rude but getting it wrong can be deadly.

Yeah, it probably never happened. It’s not impossible and may have been based on an actual fight witnessed in 18th-century England. But there is no evidence that either woman ever existed. Even so, it remained an oft-told “true” tale showing that even highborn ladies in the age of foppery could be as tough as anyone.[8] 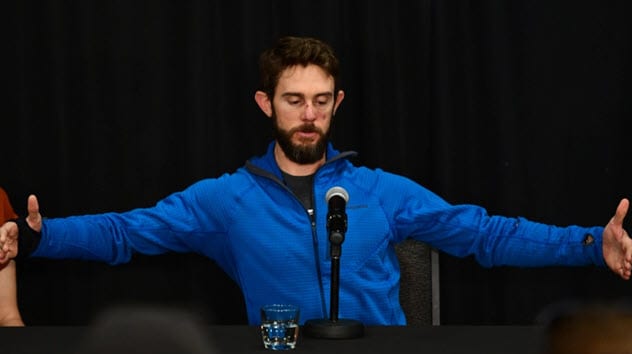 Travis Kauffman is quite an unassuming fellow. Let’s take a cursory look at this thirtysomething’s life: He lives in Colorado, likes to run, placed in the top 100 out of 400 or so runners in a 50K race, likes to ski . . . oh, and he killed a mountain lion with his bare hands in 2019. No biggie!

The juvenile, 18-kilogram (40 lb) cat (a kitten, really) ambushed Kauffman as he was trail running. Man and cat ended up in a 10-minute battle to the death which saw Kauffman prevail. He did sustain injuries to his face and wrist, though. His next plan involves a half-day of cross-country skiing with a few minutes set aside to beat a polar bear to death with a python.[9]

Asthmatic, obese, loser. That was David Goggins for a long time. But this wasn’t just a general description of his condition; it was his identity, too. Until he decided to harden up. And did he ever become tough.

Let’s list some of his amazing achievements. When he was in the US Armed Forces, Goggins was the only person to complete Air Force Tactical Air Controller training, the grueling US Army Ranger School as “Enlisted Honor Man,” and the even more punishing Navy SEAL training. After completing three “hell weeks,” he served on SEAL Team Five in Iraq.[10]

He also raised $2 million for the Special Operations Warrior Foundation in memory of several friends who perished in a helicopter crash in 2005 during the War in Afghanistan. He’s completed more ultramarathons than any sane person should. In 2013, he even briefly captured the Guinness World Record for “Most Pull-Ups in 24 Hours” (with 4,030 in 17 hours).

Inspired yet? Unlike many motivational, self-help-type guys, this man is the real deal.