When we hear about a bizarre lawsuit, we usually chalk it up to someone trying to squeeze some cash from a business. But major brands and organizations have waged some of the most comical legal battles of all time. It seems that no transgression is too small to provoke even a well-respected organization from filing a lawsuit.

Some plaintiffs drop their suits when the press reports on their strange complaints. But in other cases, organizations will continue the fight until a judge laughs them out of court. 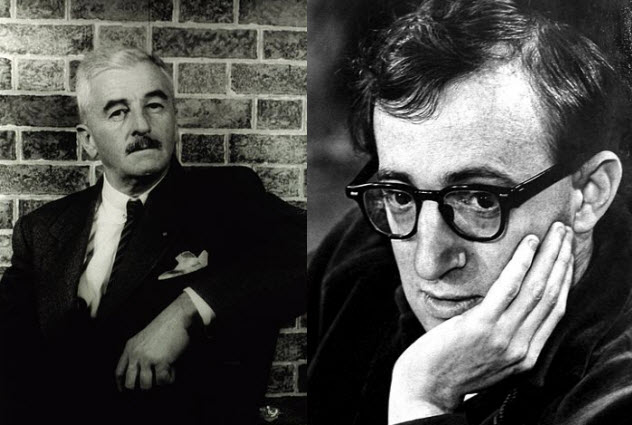 William Faulkner is well-known for his literary works like The Sound and The Fury and As I Lay Dying. When he died in 1962, his legacy seemed set. Besides becoming a fixture in classrooms and libraries, Faulkner’s work has been referenced by other artists.

In Woody Allen’s 2011 film, Midnight in Paris, one character quotes a line from Faulkner’s 1950 novel, Requiem for a Nun. The film character says, “The past is not dead. Actually, it’s not even past. You know who said that? Faulkner.”

The line in the book actually reads, “The past is never dead. It’s not even past.” The character gets a couple of words wrong, but the point is that he admired and learned from Faulkner. A positive, if imprecise, nod to the writer.

Faulkner’s estate was not pleased by the mention. In fact, they sued Sony Pictures and claimed that the misquote would “confuse or mislead viewers.” Chief Judge Michael P. Mills of the US District Court in Mississippi took the case seriously.

He read Requiem for a Nun and cited it in his decision to dismiss the case. Chief Judge Mills also noted that he was “thankful that the parties did not ask the court to compare The Sound and the Fury with Sharknado.”

9 Slipknot Does Not Endorse Chicken Fries

In 2005, Burger King introduced a new item on their menu: chicken fries. To market the food as fun and edgy, they also introduced Coq Roq, a fictional band to promote chicken fries. Members of Coq Roq (played by real-life musicians) appeared in ads and video clips wearing chicken masks. The quirky marketing campaign spawned its own website and downloadable ringtones.

Heavy metal band Slipknot thought the fictional band hit a little too close to home. In videos and performances, members of Slipknot wear masks, although their masks look more like axe murderers than chickens. The band sued, claiming that Burger King was using their image to promote chicken fries.

The fast food restaurant countersued and pointed to several other costumed bands as evidence of their innocence. They argued that the use of masks and costumes was common among rock bands such as Kiss, Insane Clown Posse, and Gwar. Having reached an impasse, both parties dropped their lawsuits.

8 A Tale Of Two Tigers

Tony the Tiger has marketed Kellogg’s Frosted Flakes since 1951 and is one of the most iconic cereal mascots ever. He appears on merchandise, in print, and in television commercials to deliver his catchphrase, “They’re Grrrrreat!” But Tony wasn’t the only tiger in the advertising world.

In 1959, ExxonMobil (then Esso) introduced their own tiger mascot to sell motor oil and associated products. He originally appeared in ads telling drivers to “Put a Tiger in Your Tank.” The two characters coexisted peacefully for nearly 40 years.

But when ExxonMobil began using their tiger to advertise food and drinks from their Tiger Mart stores, the oil company was sued by Kellogg for encroaching on its brand. It was one thing for this other tiger to sell motor oil. It was another thing entirely when he promoted foods that might compete against Frosted Flakes.

The lawsuit went through several appeals. But when the US Supreme Court declined to hear the case in 2000, Kellogg and ExxonMobil settled in 2001.

7 Taylor Swift Is Sued For The Number 13

Taylor Swift sued for use of “Lucky 13”

Taylor Swift’s celebrity and massive fan base makes her a force to be reckoned with. She dominated country music for years before taking over pop radio with her 2014 album, 1989. But that year, clothing company Blue Sphere told Taylor there was one thing she couldn’t have: the number 13.

Swift is vocal about her love of the number 13, which has appeared inked on her arm, in her Twitter handle, and on some of her 1989 world tour merchandise. Specifically, some of the merchandise included the phrase “Lucky 13.”

Blue Sphere, which has owned the trademark for “Lucky 13” since 1991, pulled the pop star into an 18-month legal battle, alleging that her products infringed on their rights.

To show that Swift marketing had also borrowed Blue Sphere’s use of sex appeal, the clothing company requested photos and videos in which her breasts or bottom were “partially visible.” Swift’s lawyers called the tactic “harassment,” but the pop star eventually resolved the case through an undisclosed settlement.

6 The Battle For A ‘Happy Birthday’ 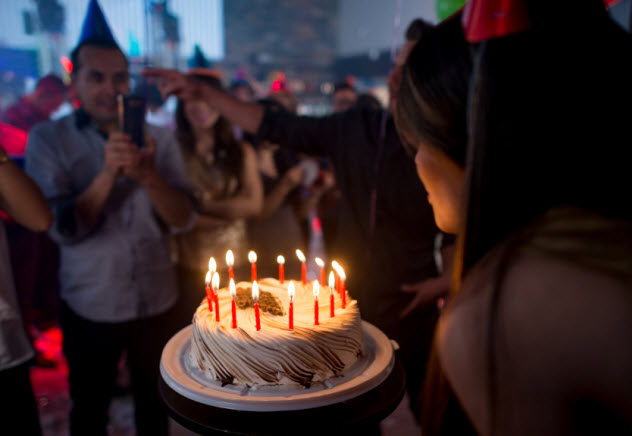 In the past, any time your favorite sitcom wanted to sing “Happy Birthday” on-screen, they had to pay royalties to the song’s owner, Warner/Chappell Music. With fees for using the song as high as $10,000, many shows avoid using it. Nevertheless, the publishing company has made millions since acquiring the 16-word song in 1988.

In 2013, filmmaker Jennifer Nelson filed suit claiming that she was wrongfully charged because the song’s copyright had expired. First appearing in 1893, the melody of “Happy Birthday” was written by Patty and Mildred Hill. It was originally known as “Good Morning to All” and had different lyrics. The current lyrics for “Happy Birthday” emerged afterward, but the exact origins are unknown.

The court ruled that while Warner/Chappell did own the copyright to a 1935 piano arrangement of the melody, the song’s words can be sung without payment. Nelson, who created a documentary about the case, also wants the courts to force Warner/Chappell to refund fees paid by other producers.

5 The Fight Against Vegan Mayo

Hampton Creek is a start-up focused on bringing healthy, affordable foods to everyone. So far, their biggest success has been their vegan sandwich spread, which they call “Just Mayo.”

While this may not sound like a exciting product, the makers of Hellmann’s mayonnaise have also been trying to develop an eggless mayo. So Hampton Creek’s breakthrough in condiment technology did not go unnoticed by the leading brand’s parent company, Unilever.

In November 2014, Unilever (maker of Lipton tea, Dove soap products, and more) filed suit against Hampton Creek, claiming that eggs are a defining ingredient in mayonnaise and that the start-up’s vegan spread could not legally be called “mayo.”

The American Egg Board (AEB) allegedly plotted against the start-up, too. The USDA-appointed group conspired to keep Just Mayo out of stores according to internal emails obtained by The Guardian. One executive at the American Egg Board even joked about killing off Hampton Creek’s founder and CEO, Josh Tetrick. After a wave of negative press, Unilever dropped the suit, and Joanne Levy, CEO of the AEB, stepped down. 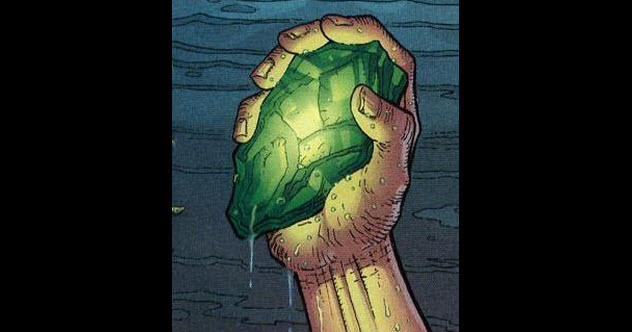 From toys to T-shirts to movies, comics are big business, and Superman is one of the most beloved characters. Most people even know that the superhero’s one great weakness is kryptonite.

To show consumers how powerful their hair gel was, hair care company Wella named their product after the fictional substance. While the comic books never presented kryptonite as a grooming tool, it did provide a snappy, powerful name for Wella’s newest hair gel.

But DC Comics, which has owned the Superman character since 1938, wasn’t about to let Wella collect profits from the Man of Steel’s image. They filed suit in 2002, claiming that the hair gel’s trademark symbol implied an association with the Superman brand, which would unfairly benefit Wella. The hair care company eventually stopped using the term “kryptonite.” 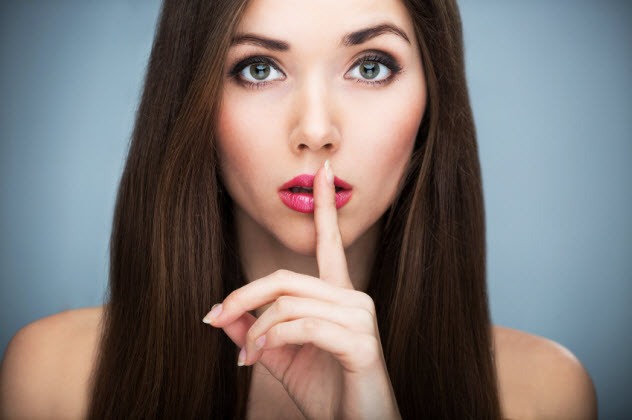 Musicians borrow from each other all the time through sampling, lyrical references, and even song covers. But if they don’t credit and send royalties to the original artist, a simple song can lead to a long legal battle.

That’s what happened to songwriter and producer Mike Batt when he released a classical/rock fusion album called Classical Graffiti. But as UK newspaper The Telegraph explained, “What made his case special, though, was that he had been accused of stealing precisely nothing.”

Batt’s album included a 60-second track with no sound, fittingly titled “A One Minute Silence.” Unfortunately, avant-garde composer John Cage is well-known for the piece ” 4’33” ” which is four minutes and 33 seconds of silence. Batt was undoubtedly aware of the resemblance because he attributed the song to “Batt/Cage.”

Cage, having died 10 years earlier, didn’t object to Batt’s similar track, but his publishers, Peters Edition, did. The publishers sued Batt for royalties. Although Batt maintained that silence could not be owned, the suit was settled when he made a six-figure contribution to the John Cage Trust. 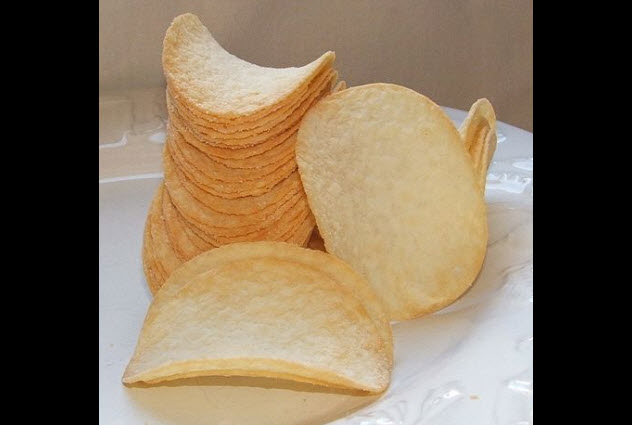 Potato chips, or “crisps” as the Brits call them, are one of just a few foodstuffs that are subject to the UK’s value-added tax. Accordingly, Procter & Gamble (P&G) was expected to pay taxes on the sale of Pringles. However, P&G insisted that Pringles were not crisps.

While most companies work hard to portray their foods as pure and natural, P&G made the opposite case. Because “potato matter” made up less than half of the ingredients and the product was molded into a uniform shape, they argued that Pringles were not crisps and therefore not subject to the tax.

But with $160 million in revenue at stake, Britain didn’t back down. The Value-Added Tax and Duties Tribunal pointed out that potatoes were a primary ingredient of Pringles and that the snack had been marketed as potato chips. A 2009 ruling from the Supreme Court of Judicature agreed that Pringles were crisps, settling the matter once and for all. 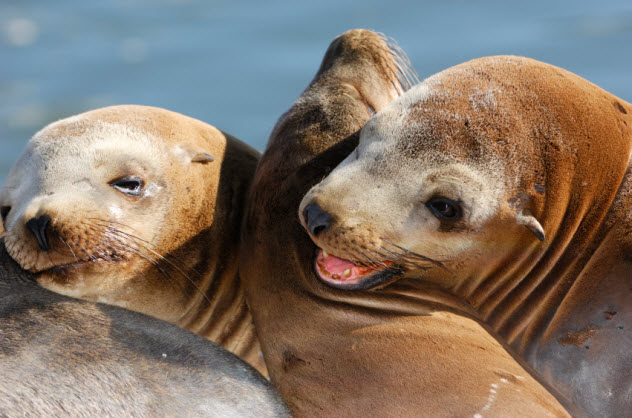 Residents and businesses in La Jolla, an upscale, seaside neighborhood in San Diego, were not pleased about the rancid smell coming the beach. A section of the shoreline was attracting lots of sea lions, but the animals’ poop was repelling customers of local restaurants and hotels.

In 2013, several businesses filed a lawsuit against the City of San Diego, calling the stench a “health hazard” and “public nuisance.” They demanded that the city take action.

The city explained that the problem was a side effect of the federal Marine Mammal Protection Act, which led to a larger sea lion population. More sea lions means more poop and a more powerful stench.

The plaintiffs asked the city to have a former Sea World executive train the wild sea lions to poop elsewhere. But the city insisted that it was not responsible for the noxious odors. In March 2015, San Diego Superior Court Judge Timothy Taylor ruled that the city was not required to act on the sea lion problem because the animals and stench were “natural features of the environment.”

Allison Gauss is a San Diego writer. She covers topics including entertainment, news, and the nonprofit sector. Follow her on Twitter @AllisonGauss.