There is more strangeness and ability involved with that office window than most people give it credit for. But hand ordinary glass to Shaolin monks and scientists, and things get downright freaky.

From puzzling performance feats to crazy alloys, glass is not as simple or weak as it seems. Research can now explain old mysteries and create advanced technology, but most amazing is what laboratory-forged glass can do—heal itself and even outlive human civilization. 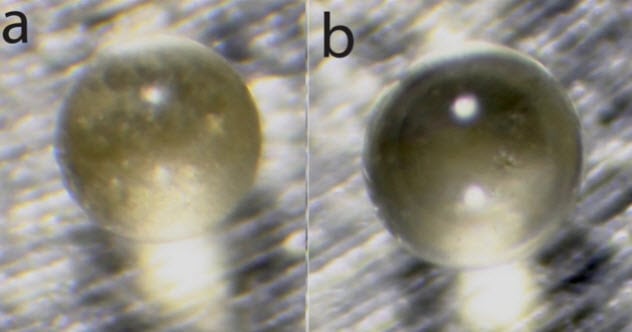 About 800,000 years ago, a hefty meteor smashed into Earth. The rock measured 20 kilometers (12 mi) wide and, after the impact, threw glassy debris into the atmosphere. This fallout rained glass over an area of 22,500 square kilometers (8,700 mi2). Despite this massive footprint of glass across Australia and Asia, the crater has never been discovered.

In 2018, more glass beads showed up in Antarctica. With each the width of a human hair, they were soon identified as part of the mysterious meteor’s debris. Called microtektites, their chemical composition grabbed the scientists’ attention.

The low levels of sodium and potassium showed that the beads were likely the farthest fringe of the elusive crater. Sodium and potassium leach out under extreme temperatures, and hot debris also spreads farther away from an impact.[1]

When the Antarctic microtektites were compared to ones from Australia, the latter had higher levels of sodium and potassium and, theoretically, were a step closer to the crater. Following this formula, going from hot to cooler, researchers expect to find the crater somewhere in Vietnam. If correct, then the Antarctic beads traveled an incredible distance—about 11,000 kilometers (6,800 mi).

Throwing a Needle Through Glass in Slow Motion

Shaolin monks are known for their impressive displays of agile martial arts. But recently, one man did something really unusual. Feng Fei threw a needle through a pane of glass—without shattering the glass.

The monk hurled the needle with such strength that it popped a balloon on the other side. For all purposes, it should have broken the entire pane. When the superfast trick was viewed in slow motion, it looked like the needle’s point pierced the glass with some throws. At other times, it seemed like the needle just cracked the glass and popped the balloon with small shards released on the other side. Both remain an incredible feat.

The answer boils down to how glass breaks at a molecular level. Glass is tough. Its molecules are linked in a network that shares (and thus weakens) any pressure against it. If you push a fingertip against a pane, the entire window will resist you. Cracks happen when molecular links fail and pressure is forced to follow the crack to its end.[2]

If a needle can avoid bending and is thrown with enough accuracy and muscle, a deep crack will form. Once that is achieved, there will be little resistance to stop the needle from passing through.

8 Glass Wants To Be A Crystal 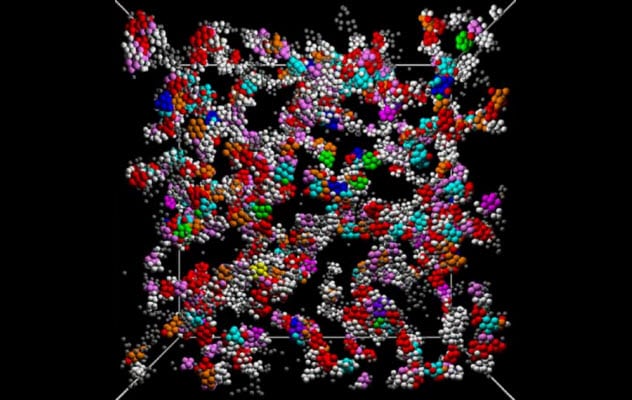 Scientists are not sure what kind of matter glass is. A sheet of glass is not solid even though it may appear that way. Bizarrely, it sometimes behaves like a liquid and a solid at the same time. Glass atoms are caught in the same way as a gel’s—slow-moving atoms that never get anywhere because they block each other’s way.

In 2008, a breakthrough occurred when the focus turned on the pattern formed by glass atoms as they cooled down. They formed structures called icosahedrons, which resemble 3-D pentagons. As pentagons cannot be arranged in an orderly way, the glass atoms appeared as a random mess.

The same study also found that glass tries its best to be a crystal. But for this to occur, molecules must arrange themselves in a highly regular pattern. The 3-D pentagons prevent this from happening. In other words, glass is neither solid nor liquid, has properties of a gel, and is something of a crystal suffering arrested development.[3] 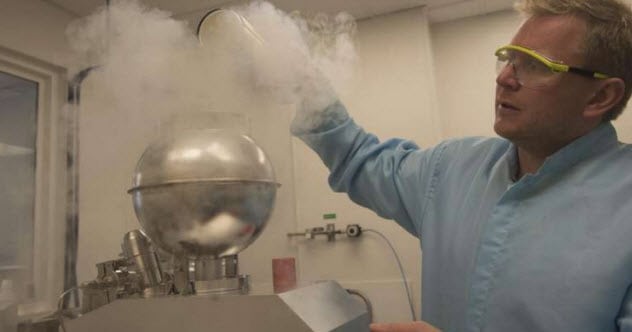 How our Moon was born remains a bone of contention among scientists. Glass left behind by the first atomic explosion can prove a theory that the Moon resulted from a collision between Earth and a planet-sized body about 4.5 billion years ago.

In 2017, researchers found glass forged by the 1945 nuclear test in New Mexico. Called trinitite, it was green and radioactive. By measuring the different chemical compositions in the glass, the first solid clue about the Moon’s formation was found.

The trinitite nearest the explosion zone was empty of volatile elements, including zinc. Such elements vaporize under extreme heat, similar to what happens when a planet forms.

Until now, this was pure theory. But after the nuke sucked out the elements, scientists now have their first physical evidence. Trinitite and lunar material are similar enough with their lack of water and volatile elements to prove that the latter react the same to high temperatures whether on Earth or in space.[4] 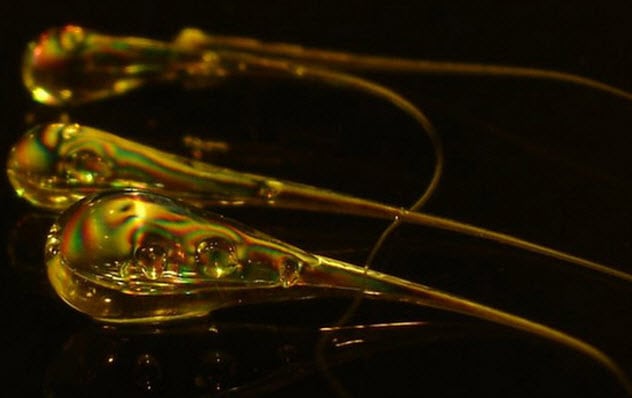 They look like teardrops or tadpoles. But Prince Rupert’s drops blend two polar opposites into one shape with a hair-trigger fragility and a strength that can withstand a hammer.

When molten glass is dripped into ice water, the unusual drops are created. In the 1600s, Prince Rupert of Bavaria tried to figure out the mystery. When the head of the teardrop-shaped bead was hammered on an anvil, the glass refused to break.

However, the moment that the thin tail was snapped off, the entire drop, head included, exploded into a puff of powder. King Charles II, Rupert’s uncle, ordered the Royal Society to unravel this secret, but they found no answer.[5]

In 1994, high-speed photographs showed that a broken tail sent cracks barreling toward the head at over 6,400 kilometers per hour (4,000 mph). In addition, scientists discovered that cooling was behind the drops’ strange qualities.

When molten glass hit the cold water, the outside cooled rapidly. The inside solidified much more slowly, which created a surface tension tight enough to withstand a beating. However, on the inside, that same tension bombs the drop at the first hairline crack. 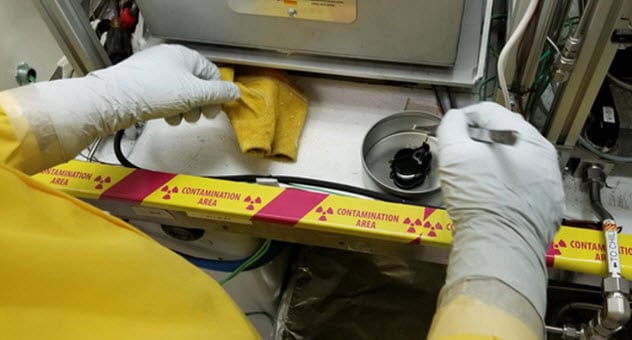 One of the main issues with hazardous material is storing the waste—and globally, there is an unimaginable amount. Often, containers leak and toxic spills contaminate the ground, water sources, and even people.

In 2018, the US Department of Energy found a novel way to store radioactive waste as glass. At a former weapons factory called Hanford, tanks of waste are kept underground. Researchers chose low-activity radioactive trash for a test run of the theoretically spill-proof idea.

The liquid waste was mixed with glassmaking ingredients and then gradually injected into a melter. The 11 liters (3 gal) of waste went into the furnace and, after 20 hours, came out completely vitrified. This first attempt was hugely successful and managed to safely encase radioactive material within glass. A full-scale program will now tackle the millions of gallons of toxic tanks that remain below Hanford.[6]

4 Glass As Tough As Steel 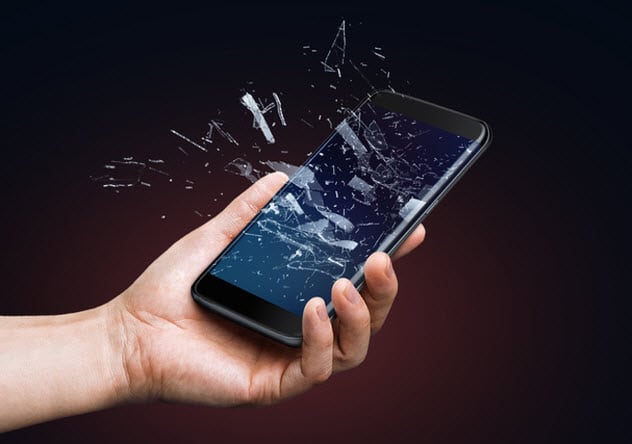 In 2015, the University of Tokyo whipped up a novel kind of material—transparent glass nearly as macho as steel. Think along the lines of windows surviving car collisions or unbreakable wine glasses.

All that had to be done was to figure out a way to mix alumina with glass. As far as toughness is concerned, alumina is close to a diamond’s hardness. It is also the additive that makes paints and plastics hard.

For years, all attempts failed. The glass-alumina mixture crystallized the moment that it was poured into any container. In an innovative move, a new technique blended them in the air. Besides being transparent, the 50 percent alumina mix forged a glass as elastic and rigid as steel. The integrity remained even on a microscopic level.[7]

This opens the door to advancements in phones, computers, and future electronics.

3 Glass That Heals Itself

In 2017, Japanese researchers were analyzing new adhesives when they accidentally invented something fantastic: self-repairing glass. While running tests, one scientist noticed that the edges fused when pressure was applied to cut glass pieces. Follow-up trials showed the material was not a one-time wonder.

The magic element was a polymer (a substance consisting of many repeating units) called polyether-thiourea. When cut, it glommed on to itself after being pressed together for 30 seconds. The best part was that it happened at room temperature. Usually, materials need extreme heat to fuse. This made the glass unique among self-healing materials. Among them, polyether-thiourea also mends the fastest.[8]

Despite being as robust as normal glass, the new polymer is earmarked for a wide variety of applications. One suggestion was almost immediate—the cure to annoying mobile phone screen cracks. The medical field is also in the wings, where shatterproof substances can help with repairs inside the human body. 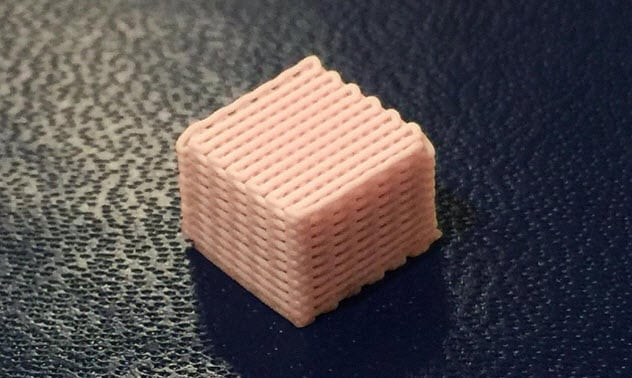 Nobody relishes the idea of replacing a sturdy part of one’s skeleton with glass. As creepy as it sounds, surgeons feel that it is the perfect solution for broken bones. Forget the window pane type, the material that could revolutionize medicine is called bioglass. Stronger than bone, bioglass is also flexible and antiseptic.

In 2002, the first implant replaced a shattered orbital floor. Without this wafer-thin bone, the eye rolls back. In this case, the man also went color-blind. No conventional surgery helped. A plate of bioglass was inserted beneath the patient’s eye, and almost immediately, full sight was restored including color perception.

Remarkably, bioglass fools the immune system into accepting it as a part of the body. Safe from rejection, it spreads ions that fight infection and directs healing cells. The latest version of bioglass, which is not yet commercially available, is more rubbery but tougher. It has been designed to allow freshly broken legs to walk without pins or crutches.[9]

Also, to finally succeed where all else has failed, bioglass is designed to replicate how cartilage heals. Since bioglass fuses with the body and stimulates regrowth, it might just be the holy grail of cartilage surgery. 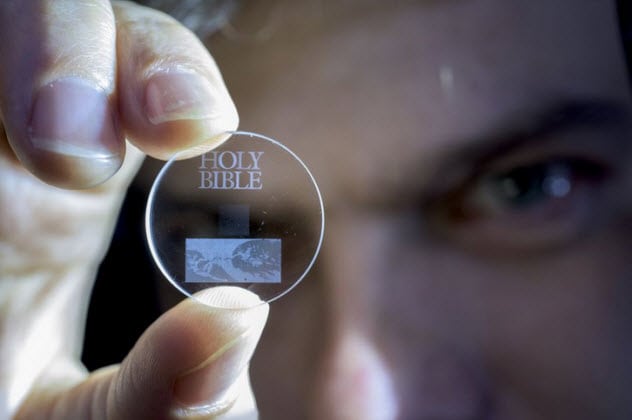 A recently invented storage device might just outlast human civilization. A glass disc, resembling a tiny CD, is a new 5-D concept capable of storing 360 terabytes of data. This is great news for storage junkies, considering that each day adds the data equivalent of 10 million Blu-ray discs to the world.

The brainchild of researchers from the University of Southampton, each glass plate is created with a technique called femtosecond laser writing. Pulses of an ultrafast laser scribble information in three layers.

The data is not written in the conventional sense. Instead of words, massive archives such as libraries and museums can store their records as dots. These nanostructures are about 5 micrometers (0.005 millimeters) apart.

The three-dimensional position of every dot plus its size and orientation makes the disc a 5-D device. It can only be read using a special microscope with a light filter. Besides hugging insane quantities of information to its bosom, the discs can withstand 1,000 degrees Celsius (1,832 °F) and probably last for about 13.8 billion years.[10]

For more bizarre facts about glass and glasses, check out 10 Bizarre Stained Glass Windows and Top 10 Ways Glasses Will Help in a Zombie Attack.