American intelligence operations during the Cold War were filled with embarrassing failures and botched projects. But there were also ridiculously bold, insane schemes that worked beautifully.

10 Digging A Tunnel To Spy On The East Germans 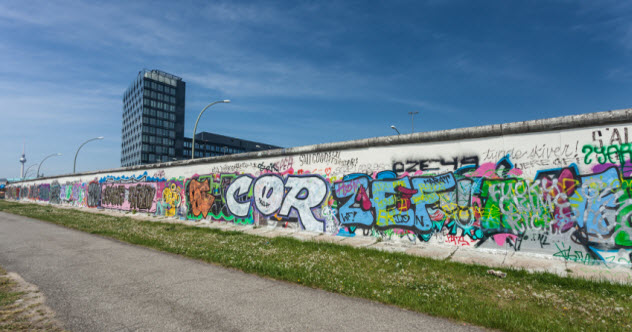 In 1951, the CIA was losing out on valuable intelligence because the Soviets were switching to landlines to send messages to the East Germans. Landline messages could not be intercepted unless they were physically tapped, unlike the radio communications previously used by the Soviets.

To fix the problem, the CIA decided to dig a tunnel under the border to East Berlin to physically tap into a cable that carried messages from Moscow to East Berlin. The project was called Operation Gold.

The plan was formulated over the course of several years and finally approved in 1954. Construction on the tunnel started that same year. With the entrance hidden in a military warehouse, the tunnel was completed and the taps were in place one year later. This was a major achievement because the tunnel was buried less than 1 meter (3 ft) below ground near a major highway, which complicated the tapping.

Thanks to an American mole, the KGB knew about the tunnel before construction started. But they kept it secret, even from the Soviet Army, to protect their source. One year after the tap was placed, repair crews arrived at the location of the tap and started digging, ostensibly because heavy rains had damaged the cable.

American lookouts in West Germany ordered an emergency evacuation as the East Germans busted into the tunnel. The entire thing had actually been a cleverly orchestrated KGB operation to reveal the tunnel to the world.

9 Building A Top Secret Mountain Base 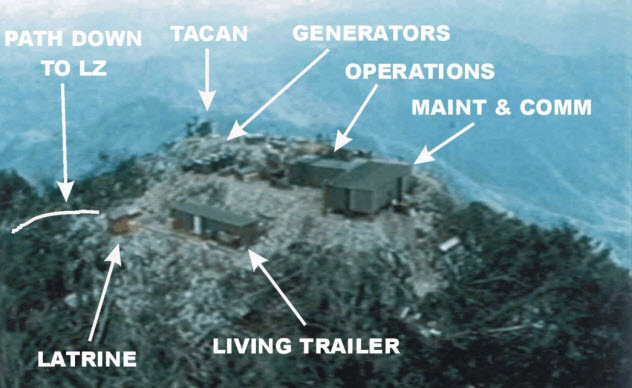 Targets deep in North Vietnam could not be bombed when it was dark or cloudy. So the US Air Force, with the cooperation of the CIA, built a top secret radar base on a 1,700-meter (5,600 ft) mountain in Laos, a country bordering Vietnam.

Located 25 kilometers (15 mi) from the Laos-Vietnam border, the base was manned by CIA personnel and used to direct US heavy bombers in the ongoing attempt to flatten North Vietnam. An automated radio transmitter installed at the base sent navigational information to US aircraft.

The North Vietnamese eventually realized what was happening and started attacking the mountain base. First, they tried using aircraft to bomb the site. When those attempts failed, they marched across the border in force and surrounded the mountain.

The base fell in a dramatic mountaintop gun battle as the Americans were evacuated by helicopter. US bombers then destroyed the equipment. 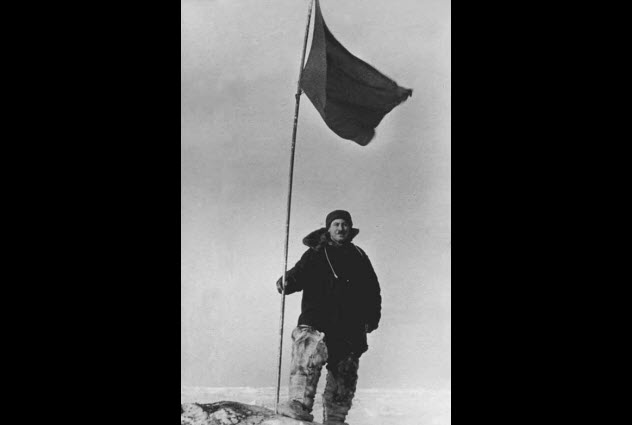 The CIA saw an opportunity to collect intelligence on Soviet research and equipment when a Soviet scientific base in the Arctic was abandoned because its runway had become unusable due to the constantly shifting ice. The effort was called Project Coldfeet.

The Soviets had not destroyed their equipment before they evacuated. They were confident that no aircraft could safely land and that the base would soon be swallowed by the ever-shifting ice. They were wrong.

Teaming up with the US military, the CIA obtained a specially modified aircraft and the services of a commercial airline navigator. Then they used that aircraft to parachute two CIA agents into the Soviet base. For one week, the agents moved through the base, taking notes and looting valuables. Approximately 70 kilograms (150 lb) of equipment was taken.

Then it was time for the extraction of both the looted cargo and the two agents. This marked the first operational use of the Skyhook System. A balloon would lift a line attached to cargo or a human and then a specially modified aircraft would fly into it, snagging the line and winching the snagged load on board.

For this particular operation, the 70 kilograms (150 lb) of cargo went first, followed by the two agents. It was an impressive achievement because there was a fierce wind blowing and visibility was low. Both agents were nearly blown away by the wind before they were snagged.

The stolen intelligence indicated that the Soviets were working on advanced Arctic acoustic systems to detect submerged US submarines. The US also discovered that the Soviets’ polar meteorology research was superior to US work.

7 Using A Spy Satellite To Help Fix A Space Station 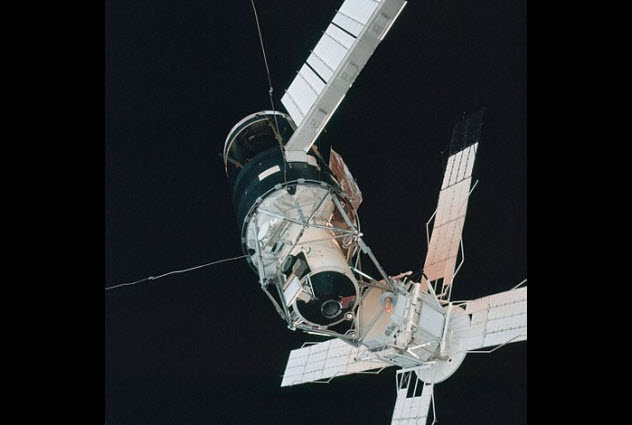 In 1973, the US Skylab space station became crippled during its launch. While NASA scrambled to save the damaged space station, the US Air Force offered to redirect a spy satellite to zoom past Skylab, photograph it, and give NASA more information on what was wrong.

The Air Force was able to redirect a spy satellite so quickly because they were already preparing to use spy satellites to photograph Soviet spacecraft in orbit. The computer programs to reprogram a spy satellite were ready to go.

A spy satellite launched two days after Skylab. Several days later, the satellite snapped a single photo of the station and returned the picture to Earth in a capsule. The photo showed no anomalies beyond what NASA had detected, which was good news because there would be no further complications for NASA during the repair mission. In the early 1970s, the US government learned of a top secret undersea communications cable connecting two Soviet military bases and decided to tap it. Operation Ivy Bells was an audacious plan that involved sneaking into Soviet territorial waters and placing listening devices on the cable.

Conceived by US Navy Captain James Bradley, the plan was based on the assumption that the Soviets, not wanting ships putting down anchors that could accidentally cut the cable, would put up big signs warning people away from their top secret cable.

The US mission worked. When the specially modified submarine USS Halibut entered the Sea of Okhotsk, they found the signs, and divers were able to put listening pods on the cable 120 meters (400 ft) underwater. They returned every few weeks to retrieve the recordings and put fresh tapes into the devices.

In 1981, a spy in the NSA told the Soviets about the cable tap. The Soviets promptly removed the tap, ending the entire operation. But it had been successful for almost a decade.

5 Breaking An American Citizen Out Of A Foreign Prison

Before the US invaded Panama in late 1989, they first had to take care of a little problem—an American citizen who had been arrested and tortured by the Panamanians and was now languishing in a prison there. Operation Acid Gambit was the daring rescue mission to break him out of prison using Special Forces backed up by helicopters.

On December 20, 1989, helicopter gunships strafed a nearby military base, and helicopter-borne sharpshooters took out the prison guards and the prison electric generator. Special Forces teams then deployed onto the roof, raced into the building, rescued the American, rushed back to the roof, and took off in their helicopters.

To make things more dramatic, the helicopter carrying the American was shot down by gunfire and crash-landed in Panama City. But nobody was injured, and the helicopter’s occupants were soon rescued by a passing US patrol. 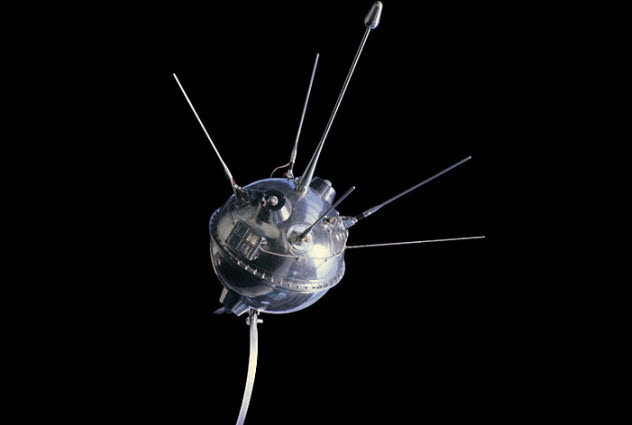 In the 1960s, the Soviet Union was parading its scientific achievements around the world. Among them was a mock-up of Lunik, a Soviet lunar space probe which had been launched to the Moon in 1959. When the scientific tour reached America, the CIA suspected that the “mock-up” was actually a working production model. The CIA tried to confirm this in the craziest way possible—stealing the Lunik for a night to see if it would yield its secrets.

The CIA’s first plan, to sneak into the exhibit before it opened, was thwarted by round-the-clock Soviet guards. The second plan, to divert the railway car that was transporting the Lunik, was deemed impractical. So the CIA came up with a third scheme: to divert the truck that was carrying the Lunik from its exhibition to the rail yard.

Arranging for the Lunik to be on the last truck to the rail yard, the CIA switched drivers halfway through and drove the truck to a junkyard, where they pried open the Lunik to see how it worked. Working through the night, the agents found that the Lunik was actually the real deal minus a few electrical components. By dawn, the Soviets found the reassembled Lunik at the rail yard and were none the wiser that it had been stolen for a night. During the Red Scares in the 1950s, the FBI was afraid of an unstoppable tide of Soviet soldiers pouring across the Bering Strait into Alaska. So they set up Operation Washtub, a network of “stay-behind” agents who would spy on and sabotage the Red invaders.

It sounds like an Alaskan version of Red Dawn in real life, but the planning was entirely serious. If any agents were captured or killed, more agents were ready to be inserted into Alaska via parachute to continue the struggle against the Soviets. Alaskan civilians would also be secretly organized to smuggle out pilots who might be shot down by the Soviets over Alaska.

The planning left out the Inuit, who were seen as alcoholics who would sell out their country for a pittance. The program ran from 1951 to 1959 with caches of weapons and a total of 89 trained agents. After the program was abandoned, the equipment caches continued to be useful for many years. 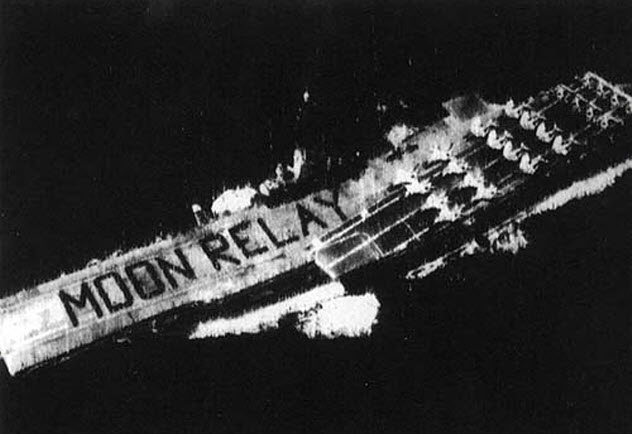 In 1948, artificial radio waves were detected bouncing off the Moon, which gave US Navy technician James H. Trexler the idea for Operation Moon Bounce. If radio waves could bounce off the Moon, maybe it was possible that radio waves of Soviet origin could be intercepted by pointing massive radio antennae at the Moon. The US tried to do this from 1948 into the early 1950s with specially built antennae. But none of these early attempts worked.

It was not until 1964 that the first successful interception of Soviet radar signals was achieved. The new Soviet radar system, code-named “Hen House,” had first been detected two years earlier by other means. But that signal intercept had been brief and crude. Operation Moon Bounce was aided by the Soviets deliberately tracking the Moon with their radar for practice. Many technical characteristics of the radar were discovered, including that it was under computer control.

1 Climbing The Himalayas To Spy On The Chinese Missile Program 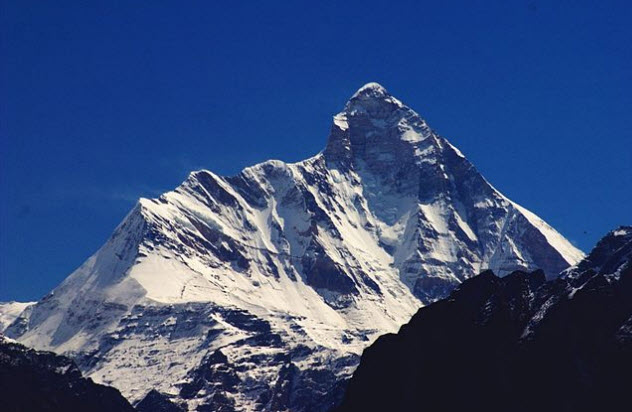 In 1965, before the advent of spy satellites, the US government was desperate to know about Chinese missile and nuclear programs because China had just detonated its first nuke. Unfortunately, CIA spy planes had recently been kicked out of the area, leaving the US government blind in that part of the world.

But another option had opened up when America’s first official expedition to Mt. Everest was completed two years earlier. US General Curtis LeMay asked the expedition members whether they’d like to participate in a top secret operation: Climb a mountain in the Himalayas and assemble a nuclear-powered sensor on the peak of the mountain to spy directly on China’s missile launches.

Climbing Mt. Everest again was out of the question because it bordered China and the sensor might be found by Chinese climbers. Instead, a mountain in India that was 7,800 meters (26,000 ft) high was chosen.

But the expedition ran into trouble near the top of the mountain, and the team was forced to turn back after stashing the parts for the sensor in a crevice. Unfortunately, a follow-up expedition failed to find the hidden parts, which were presumably swept away in an avalanche.

In the end, the CIA did place a second sensor on another mountain, which operated successfully for a few years until 1968, when it was just abandoned there.