10 People Killed By Their Own Innovations

History is full of brilliant minds, from astounding scientists to ingenious inventors. In the pursuit of discovery and innovation, however, a rare handful of people found themselves at the mercy of the thing they helped to create. From ideas backfiring to inventions gone wrong, here are 10 people who were probably a little too brilliant for their own good. 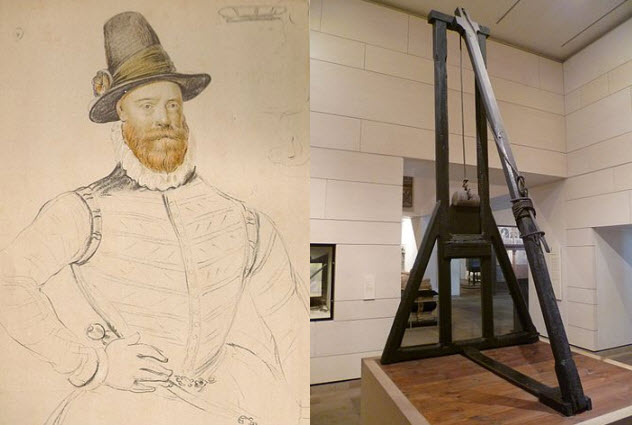 James Douglas lived from 1525 to 1581 and was one of Scotland’s last regents during the reign of King James VI. One of the inventions he helped bring to Scotland from England was the Maiden, an execution machine similar to the more famous guillotine. The Maiden was considered a more humane method of execution than beheading someone with a sword.

In 1580, however, Douglas came under fire when Captain James Stuart accused Douglas of participating in the murder of Lord Darnley in 1567. Darnley’s house had blown up, but he was found dead in the garden. The most likely explanation is that he escaped the explosion and someone strangled him when he tried to get away.

Despite his claims that he had nothing to do with the murder, Douglas was found guilty. He was executed on the charge of high treason using the Maiden, the device he had helped to make popular. 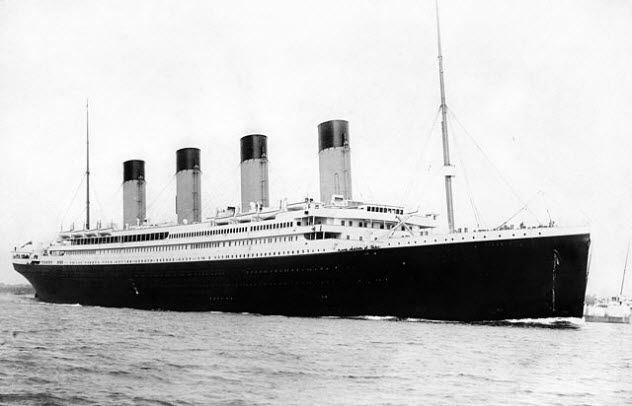 Born in 1873, Thomas Andrews enjoyed sailing as a child. At age 16, he became an apprentice at the Harland and Wolff shipyard, where he gained great insight into how to design and build ships. He took night classes at the Belfast College of Technology to become a ship designer. By age 28, he headed the design department.

In 1908, Andrews drew up the designs for two ships. The first was called the Olympic, and the second was the infamous Titanic. During the Titanic‘s crossing of the Atlantic in 1912, Andrews was on board as part of a team to note any improvements that needed to be made to the ship.

Knowing the vessel inside and out, Andrews was the first to recognize the extent of the damage sustained by the Titanic when it hit the iceberg. He told the captain that the ship was doomed to sink.

As it sank, Andrews spent his time helping others to the lifeboats. He eventually perished on the ship he designed. 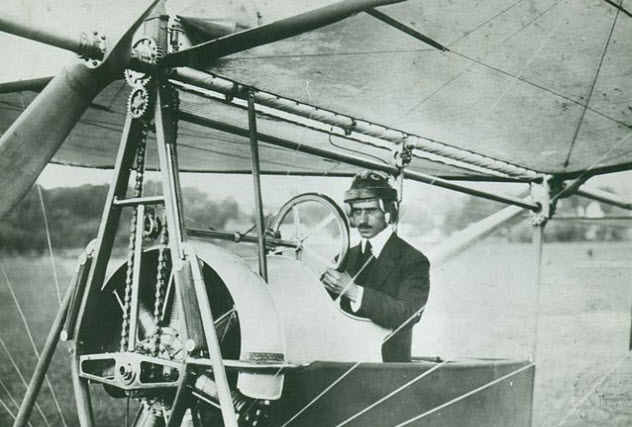 Aurel Vlaicu was a Romanian inventor who lived from 1882 to 1913. Known as the Romanian pioneer of aviation, he designed many flying vehicles in his lifetime. His first project had flapping wings but was abandoned because he thought engine-powered aircraft were the future.

In 1909, Aurel and his brother created a glider that could maintain a height of 10–15 meters (35–50 ft). In October 1909, he produced the designs for a model of The Bug, which used an engine consisting of twisted rubber cords to spin a propeller.

The Bug impressed some higher-ups, who agreed to fund Aurel’s aerial adventures. With newfound support, Aurel invented the Vlaicu I, which made him the first Romanian aircraft engineer during the test flight on June 17, 1910.

This resulted in even more success and support, allowing him to produce the Vlaicu II in early 1911. He flew the Vlaicu II around Romania to advertise the power of aviation.

On September 13, 1913, Aurel took the Vlaicu II over the Carpathian Mountains to partake in an event held by the Transylvanian Association for the Literature and Culture of the Romanian People (aka ASTRA). For unknown reasons, the plane crashed, killing Aurel at age 31. 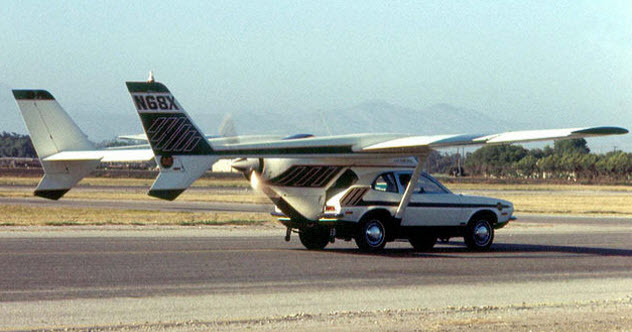 In 1971, Henry Smolinski and partner Hal Blake set out to make a business in the flying car industry. They invented the AVE Mizar by taking the wings off a Cessna Skymaster and attaching them to a Ford Pinto.

The concept wasn’t to have a car that could fly anywhere. Instead, the operator was supposed to fly the car from airport to airport using its wings and then detach them to drive on the roads. It was more of a plane that could convert into a car than a faster way to go shopping.

There was a problem with the idea of detachable wings, however. They might decide to detach of their own accord. The wings did just that in the middle of a routine flight. Both inventors died in the ensuing crash, putting a damper on the business of flying cars. 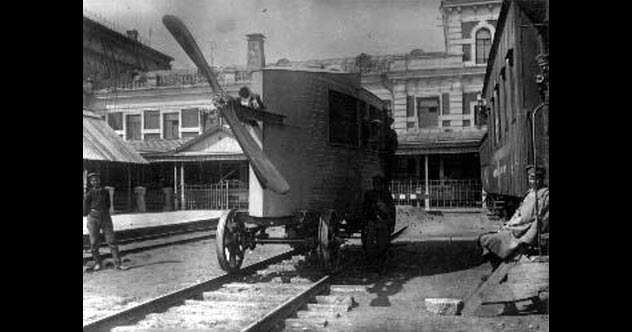 Latvian inventor Valerian Abakovski created the Aerowagon in 1921. He had previously worked as a chauffeur for Cheka, where it was believed that he had pitched the idea of the Aerowagon to higher-ups. Apparently, they had liked his concept: a train car powered by a high-speed aeroplane propeller strapped to its front.

After a test model was built, Valerian was joined on the maiden voyage by Fyodor Sergeyev (a close friend of Stalin) and four foreign communist sympathizers invited by Sergeyev. The Aerowagon went from Moscow to Tula without a hitch. But on the return journey, the Aerowagon came off the rails at a high speed, killing everyone on board. All six passengers were buried in the Kremlin Wall Necropolis. 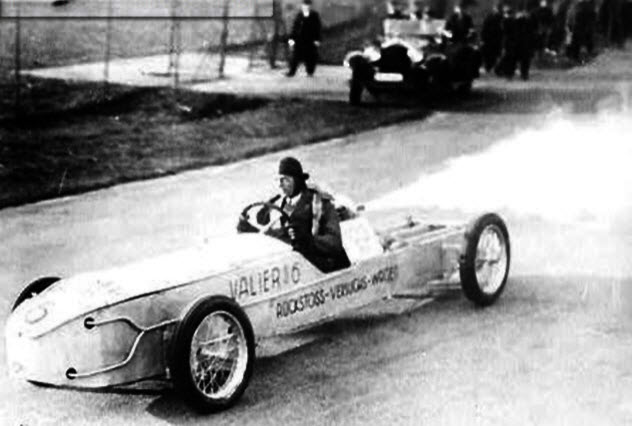 An early rocket scientist, Max Valier was known for the work he performed during the 1920s and the 1930s. Back then, rocket technology was experimental, and testing those experiments was not the safest of professions. Even so, Max was excited about the prospect of rocket engineering and wanted others to share his vision of the future.

To gain public support and government funding, he created small projects to impress people. For example, he put rockets on sleds and race cars. Although these were fine for demonstration purposes, Max’s true vision of rocketry was to take people to the stars. This caused him to dabble in the then-experimental concept of liquid propellants.

One of his experiments used kerosene and water in conduction with liquid oxygen. Although he took no safety precautions during the experiment, he pulled off two successful tests without a hitch. The finding excited him so much that he pushed for a third and final test. This test violently exploded, piercing Max’s pulmonary artery with shrapnel and killing him within minutes.

Despite only making it to age 35, Max does have one claim to fame. He’s known as the first man to be killed in the field of rocket engineering. 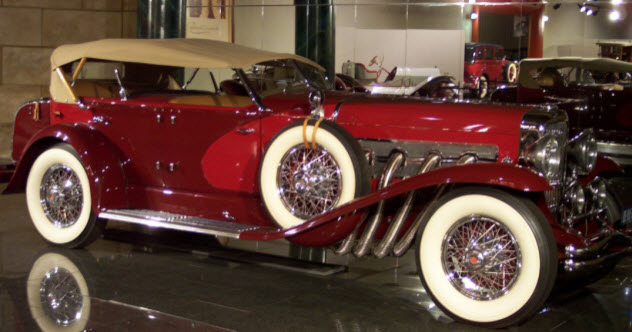 Born in 1876, Frederick Duesenberg was the inventor of the Marvel automobile in 1904, building it with help from his brother. The duo went on to create the two-cylinder Hill Climber in 1906 with financial backing from a supporter.

But their big break came when they made the jump to race cars. Setting up the Duesenberg Motor Company, the brothers created race cars of stellar quality—so good, in fact, that seven of the 10 race cars that passed the finish line in the 1921 Indianapolis 500 were made by Duesenberg.

As a result, some people believe that the slang word “doozy”—referring to something extraordinary—was derived from the name “Duesenberg.”

In 1932, while driving one of his cars around the Pennsylvania mountains, Frederick went off the road and crashed. At the hospital, he died from complications. 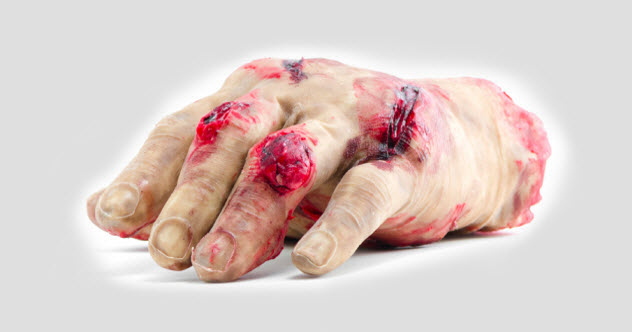 Born in 280 BC, Li Si was a Chinese Legalist during the Qin dynasty. After entering the Qin state in 247 BC, he began to serve under King Zheng as a minister.

Some of Li’s actions included helping the emperor to standardize the weight of coins, aiding the construction of the Great Wall, influencing a united writing system, and ordaining the act of burning history books.

He also invented the method of execution known as the Five Pains. The victim’s nose as well as one hand and one foot were cut off. Then he was castrated. Finally, he was sliced in half at the waist.

King Zheng went on to become the first emperor of China and earn the title Qin Shi Huang (“first emperor”). After King Zheng died, Li plotted to help the eunuch Zhao Gao become emperor, even though King Zheng had wished for Fu Su to take control.

Li, Zhao, and Hu Hai, a son of King Zheng, faked a decree declaring that Fu had not contributed to the country’s efforts and had to die. After Fu committed suicide in despair, Zhao took control. However, he betrayed Li by falsely accusing him of treason. Li was executed by the Five Pains method in 208 BC. 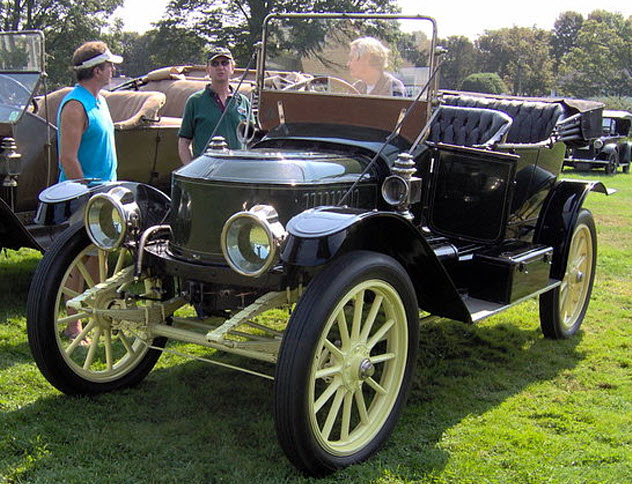 Francis Edgar Stanley was born in 1849 and wasted no time in inventing things. His first career was a teacher. But he found himself drawn to art and changed to a portrait painter. Then Stanley devised a way to atomize paint—technology that eventually became the airbrush—so that he could create realistic-looking, black-and-white portraits.

On July 31, 1918, Francis was heading south in one of his Stanley Steamers when he encountered an obstacle in the road. Swerving to dodge it, he ran off the road, struck a woodpile, and overturned. He died on the way to the hospital.

Michael Dacre tried to popularize the concept of the Jetpod, a “flying taxi,” in 2009. It was a small aircraft that could take off and land on a small strip of land, allowing it to negotiate around cities and skip traffic jams.

The Jetpod was a VQSTOL (“very quiet short takeoff and landing”) aircraft that could cruise at 500 kilometers per hour (310 mph). A flight from Heathrow Airport to Central London—a distance of around 25 kilometers (15 mi)—might have cost about £40 ($65).

However, eyewitnesses to the test flight in August 2009 reported that the vehicle was struggling to get off the runway and become airborne. When it finally managed to fly, it veered out of control at about 200 meters (650 ft) high, returning to Earth with a crash. Dacre, 53, was killed in the accident.