Holidays can be a chore for many people. Spending money, visiting family, and attending multiple celebrations is not always fun. If we look at history, however, all of these complaints will dissolve into dust. 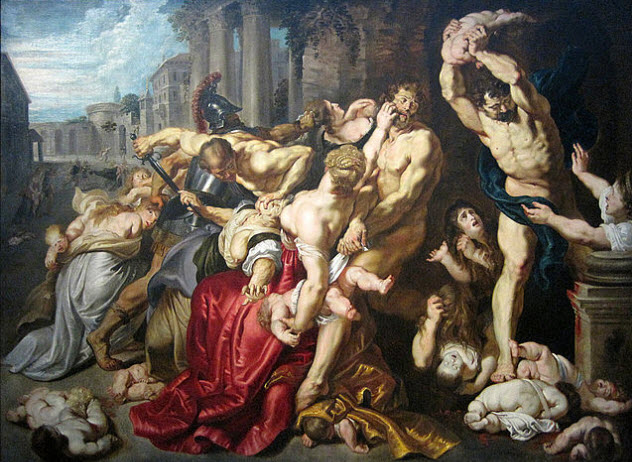 Europeans in the Middle Ages took their holidays seriously. For example, Christmas wasn’t just celebrated on a single day. Instead, the entire 12 days of Christmas were observed, with each day representing a different Catholic belief.

These were days of merry festivities which gave overworked peasants the opportunity to relax. There was one day, however, that wasn’t so merry. Well, at least not for children.

Celebrated every December 28, Childermass (aka The Feast of The Holy Innocents) represented the killing of newborn boys by King Herod. According to the biblical story, King Herod got angry when he realized he had been tricked, so he ordered all newborn boys in Bethlehem to be slaughtered.

In the Middle Ages, parents wanted to make sure that their children understood the cruelty of King Herod. To remind them, children would be severely beaten during Childermass. Bright and early in the morning, kids were dragged out of bed and beaten to a pulp by their parents. These annual abuses were seen as the only real way to show them how much of a jerk Herod really was.

Thankfully, the barbaric Childermass celebration eventually started to change. In some European countries, the ritualistic beatings morphed into beating the last person out of bed. After the abuse, that person was forced to be the household slave for a day. In other areas, the whole family would just beat each other up.

Today, most Europeans would probably cringe at the idea of severely beating their kids every year. However, things are a little different in Eastern Europe. Slovakia and the Czech Republic celebrate their ritual beatings on Easter Sunday. Every year, young girls are whipped with willow branches and then drenched in ice-cold water. Supposedly, this makes them “youthful” and “strong.”

The tribal Jafun Fulani people of Nigeria still inflict a torturous old ritual on young boys. Twice a year, boys are stripped shirtless and taken to an outdoor ring. Then they are severely beaten with whips by other boys of a similar age. For some time, they have to endure this ordeal while they gaze upon the girl they wish to marry. In this way, they are expected to “man up” and become eligible for marriage.

A young boy has a lot on the line with this ritual. If he flinches, he is deemed a coward and humiliated. On top of that, he may not be able to marry the girl of his dreams. All that pain would be for nothing. Typically, other members of the tribe also offer gifts to the boy as further incentives to show his unwavering bravery.

Most of the boys end up with huge scars for the rest of their lives. Undoubtedly, it is painful. But with the increasing spread of Islam in the region, this ritual is slowly starting to disappear. However, most of the Jafun Fulani still look upon this festival as having great importance.

8The Flaying Of Men 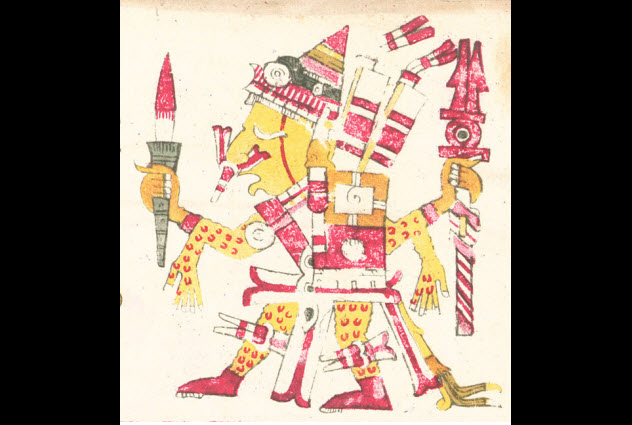 The Aztecs once celebrated an annual holiday that would make a good horror movie. Called Tlacaxipehualiztli (“the flaying of men“), this festival was held in honor of Xipe Totec (“Our Lord the Flayed One“), a central fertility god for the Aztecs. Scholars have noted that this was the biggest festival of the year for the Aztecs. It was also the bloodiest.

War captives across the kingdom were forced to take part in complex rituals. Several days later, they were sacrificed to Xipe Totec. Their hearts were torn from their living bodies and held up for everyone to see. Then the priests cut off and wore the skins of the victims. They did this with pride as they sung holy songs.

The Aztecs who wore these skins engaged in mock battles and demanded gifts from the villagers. During these activities, they carried the severed heads of the victims.

Blood was collected from some of the sacrificial victims, and their bodies were cut into pieces. Then these portions of flesh were eaten by the priests for religious power. This ritual continued for several days. When it was over, the skins were stored in a cave. 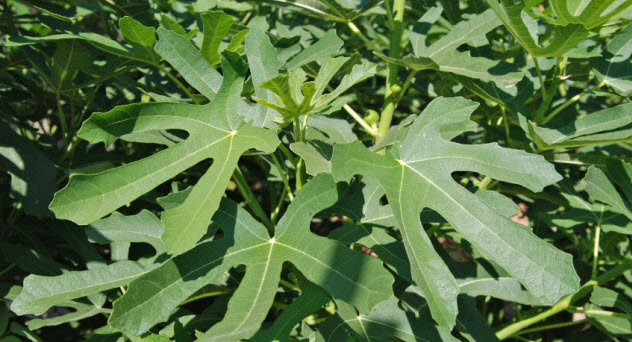 The ancient Athenians are known for their virtuous philosophy. They are less well-known, however, for their barbaric human sacrifice rituals. The festival of Thargelia was probably the worst one. It was held on the sixth and seventh days of the month of Thargelia—which is usually in late May on our calendar—for the purpose of making crops grow.

The Athenian community would pick two of its ugliest people. Then they would beat the victims’ genitals, drape them in fig leaves, and ritualistically banish these people from the city forever. On some occasions, these unfortunate folks were burned alive outside the city. Then the sacrificial ashes were thrown into the sea. The Athenians felt that this practice “purified” their city for a new harvest.

Oddly enough, the day after the sacrifice was the day for official adoption registrations. New parents hoping to adopt could do so after Athens sacrificed two innocent human beings. It was also a day of celebrations, processions, and offerings to the Greek gods and goddesses. 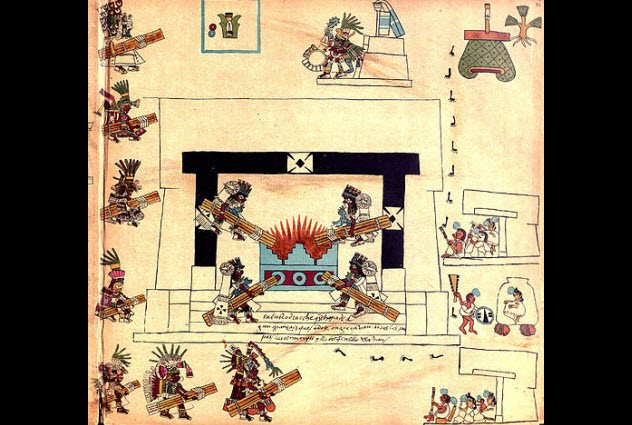 The Aztecs believed that the world would end every 52 years unless they saved it through a complex, gruesome ritual called the New Fire Ceremony.

Every 52 years, Aztec villagers meticulously cleaned their houses and destroyed their most treasured possessions. All fires in the Aztec kingdom were allowed to burn out. This paved the way for the “new fire,” which the Aztecs believed would keep the world going for another 52 years.

The priests dressed up in robes with the symbols of their gods. Then they cut open the chest of a victim and started a fire inside it. After that fire was lit, the victim was thrown into a larger fire. People cheered and celebrated as they watched this horrific ritual.

After the celebration, men holding torches started fires throughout the kingdom. This was symbolic of the “new fire” which spread throughout the world. Knowing that the Earth would still exist, the Aztecs felt much safer after this ceremony.

5Day Of The Skulls

Indigenous Bolivians engage in an ancient death ritual every November 8. Since before Columbus, the Day of The Skulls has been a controversial melding of Roman Catholic and native Andean belief systems.

Participants take human skulls dug up from abandoned graveyards and heavily decorate them. The skulls are dressed up in flowers, jewelry, sunglasses, and just about anything else that can be found.

Then they are paraded around town in a community-wide celebration. Music is played for the skulls, and they are offered gifts. In general, the skulls are treated like royalty.

The Bolivians call these skulls natitas and give them major religious significance. They feel that the skulls are protective and bring good luck. For this reason, they regularly pray to the skulls using Christian-style prayers.

The Catholic Church denounces the ritual and has repeatedly asked the Bolivians to stop these celebrations. But the Bolivians refuse the church’s requests and continue to pray to the skulls for assistance. 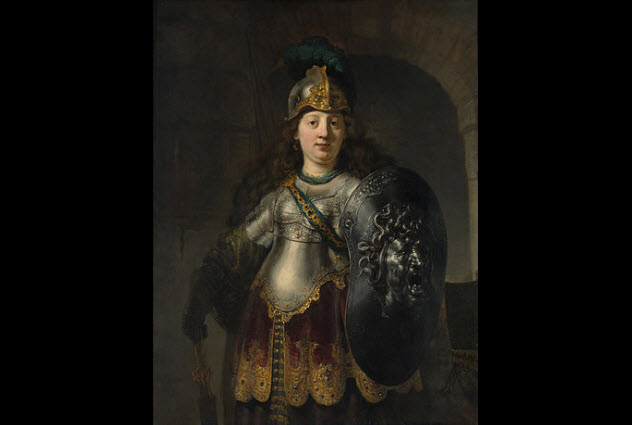 One of the most shocking holidays came from a Roman cult. Every year on March 24, followers of the Roman war goddess Bellona engaged in horrifying rituals to show their submission. This festival was called Dies Sanguinis (“Day of Blood“).

The priests of Bellona would cut open their arms and legs, collect the blood, and drink it. The blood was also ceremoniously sprinkled upon images of the gods. The lower clergy would do the same, as well as dance, sing, and play music. They felt that this would give them strength and warlike abilities.

Some devotees went even further. To show their reverence for the severed penis of the Roman god Attis, they would castrate themselves with flint rocks. These people felt that Attis had made a huge sacrifice for humanity by cutting off his own penis, so they naturally wanted to “pay it forward.”

Every year, the native Macha people of Bolivia get together to beat each other up in a ritual celebration called Tinku (“Encounter”). It is an ancient practice that predates the arrival of Columbus.

First, the villagers consume copious amounts of liquor for several days. Then they sacrifice a llama and do a few dances. After the rituals have been completed and everyone is drunk, they all start fighting each other.

Young, old, male, and female—they all beat each other up in the name of peace. The purpose is to dispel any anger that they might have toward each other. That way, fights don’t happen during the rest of the year.

Invariably, the ground becomes bloody, and people are often killed. Villagers see the blood as a symbol of fertility and feel that Tinku promotes a good harvest. In the past, dead bodies have been eaten as a religious part of the practice.

Today, there are police on-site as well as tourists with cameras in hand. Several changes have occurred in the ancient ritual, with reports that it has been toned down because of all the foreign exposure.

The Day of Ashura means different things to Sunni and Shia Muslims. The Sunnis see it as the day that the Jews were set free by the pharaoh in Egypt. For them, it is a great celebration. The Shiites, however, see it as the day that Husayn ibn ‘Ali (a descendant of Muhammad) died. To commemorate this story, they engage in a 1,300-year-old bloody ritual.

It begins with Shia Muslims gathering publicly on the 10th day of Muharram (an Islamic month). They cut their heads with swords, whip themselves with chains, and mourn Husayn’s death. By the end, the streets are filled with blood, and the participants are usually covered in it. Children and infants are often forced to participate.

In recent years, the self-harm has been denounced by most Shiite leaders. Instead, they promote the donation of blood. However, thousands of Shiite Muslims worldwide still prefer marching around the streets covered in their own blood.

INVESTIGATION: The Brutality of the 2019 Gadhimai Festival

Perhaps the biggest and saddest waste of animal life occurred during the Gadhimai festival. Every five years, Nepal hosted the world’s largest mass slaughter in the name of religion. Hundreds of devotees would gather to appeal to the Hindu goddess Gadhimai for good fortune by slaughtering thousands upon thousands of animals.

Countless animals—ranging from water buffalo to rats—were gathered for the festival. Then the participants went around with machetes and killed every last one of them. Thousands of animal carcasses littered the landscape, all for the purpose of receiving “good fortune.”

It is estimated that 500,000 animals were slaughtered in the 2014 Gadhimai festival. Fortunately, after 250 years, this ritual killing was finally banned in 2015. Balinese authorities and the ritual temple promise that the next festival in 2019 will be far different.

Derek is a passionate writer and truth seeker with a never-ending fascination for the world. Follow him on Twitter or email him at [email protected].