As crazy as it sounds, certain people deliberately choose to live underground. Sometimes, these people form entire communities consisting of thousands of people.

Usually, they are homeless and have few options available. At other times, they are forced to live underground due to circumstances beyond their control or because they cannot afford aboveground homes.

10 The Rat Tribe Of China 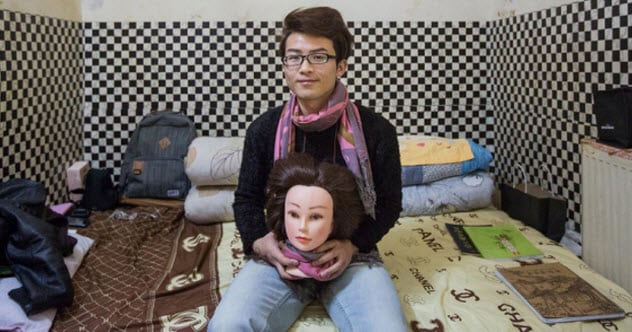 Over one million Chinese citizens (or 5 percent of the people who live in Beijing) live in windowless, overcrowded basements and underground air raid shelters. These people, called the rat tribe (shuzu), are ambitious youths who have abandoned their towns and villages to work in Beijing.

The air raid shelters were dug during the Sino-Soviet border war of 1969 on the orders of Chairman Mao Tse-tung. After Mao’s death, the new government ordered that the shelters be commercialized. This was when people started renting them out.

The rat tribe often suffers discrimination due to their living conditions. Most do not even tell their relatives that they live underground. Some homeowners also impose weird rules like forbidding renters from tanning themselves or airing out their bedding outside the house.

The government has banned people from renting out their air raid shelters, but it seems like some did not get the memo. Maybe they just decided to disobey government orders. The local authorities rarely try to enforce the ban.[1]

9 The Endangered Homeless People Who Live In Bogota’s Sewers 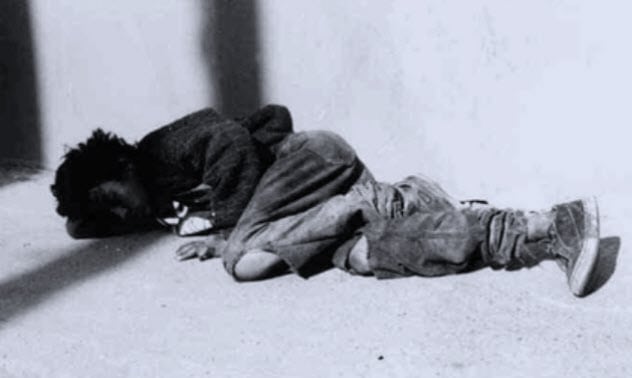 In Colombia, the homeless people who live in the sewers of Bogota are hunted and murdered by dedicated death squads that have been active since the 1990s. Back then, homeless people lived on the streets. However, after many of them were killed, they fled to sewers filled with feces, garbage, and rats.

The targeted killings are the handiwork of rich Colombian businessmen who consider the homeless as nuisances who must be eradicated. To achieve this, they commissioned death squads consisting of former soldiers and police officers. There are claims that currently serving police officers have also joined these groups.

The homeless are not safe in the sewers, either. The police and death squads regularly pour gasoline into these locations and set them on fire. In one notorious incident, police officers lit gasoline beneath a manhole and killed 22 children in the resulting inferno.

8 The Orphans Of Bucharest 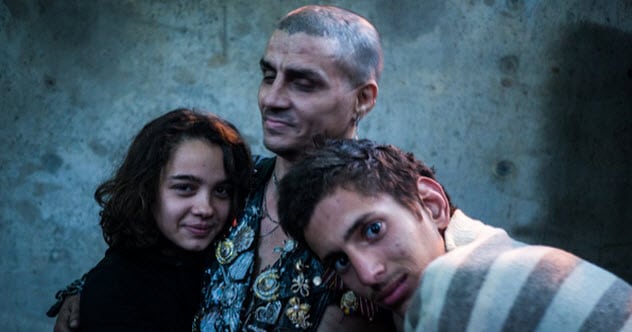 The sewers of Bucharest, Romania, are home to hundreds of people. They are mostly orphans who fled into the sewers as children when a change of government led to the closure of their orphanages in 1989.

They live in the midst of filth and garbage. Many do not have beds and lie on rotting clothes. They rarely have anything to eat and have to scavenge from the trash. As with any community ravaged by poverty, a lot of the residents are drug abusers.

The sewers are controlled by a man called Bruce Lee who walks around with a pack of dogs. He is regarded as the king of the sewers because he determines who is permitted to move in. He has been living there for 24 years. Lee says that these residents use drugs because it takes their problems away.

The sewers also have a huge population of children. Many were born there, have no other place to call home, and do not want to leave. This is true even though Lee says he is building a better home outside Bucharest for everyone. However, some say that Lee is only bluffing because he has been saying the same thing for years.

Meanwhile, the police have made several unsuccessful attempts to chase these individuals out of the sewers. The officers frequently seal the entrances, but the people still manage to find a way in.[3]

7 The Homeless People Who Live Under Manhattan 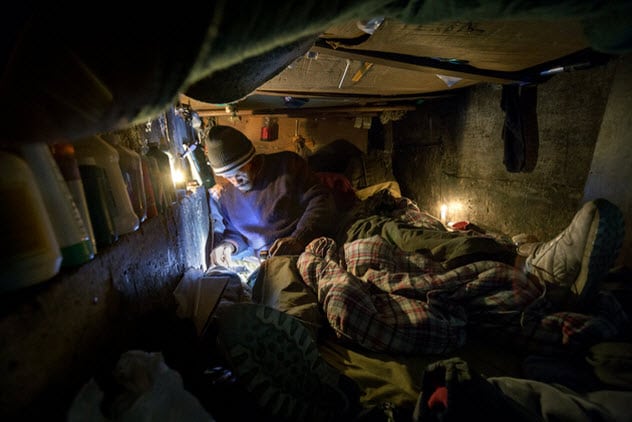 There are tens of thousands of homeless people living in New York. Some live inside a 4-kilometer-long (2.5 mi) Amtrak tunnel beneath Riverside Park in Manhattan. The initial residents moved there in 1980 when the tunnel was first abandoned. In 1991, they became homeless again when Amtrak began to reuse the tunnel. Later, many individuals returned to live in the nooks and crannies inside.

Andrea Star Reese, a photographer and filmmaker, has documented the lives of people who hole up under Manhattan. She has even released a photo book about them. According to Reese, the majority opted to live underground because government shelters were not clean or conducive enough.

Drug use is a problem among the people living in the tunnels. Interestingly, some had gone to detox centers for treatment but were sent away because they were not high enough to be eligible for treatment. The government frequently organizes raids to chase people away from the tunnels, which forces many to leave.[4]

6 The Tunnel People Of Las Vegas 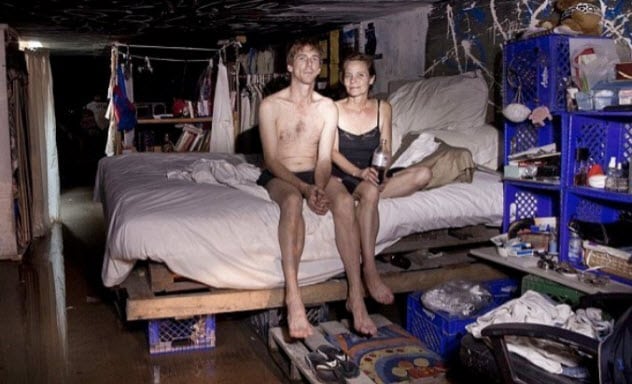 Between 200 and 300 people are estimated to live inside the storm drain tunnels below Las Vegas. Homeless people moved there soon after the tunnels were built in the 1990s. But no one seemed to notice them until 2002 when girlfriend killer Timmy “T.J.” Weber fled there while trying to escape from the police.

Matthew O’Brien, who documented the lives of the tunnels’ residents, said that most individuals stay there because they are suffering from mental illness, physical disease, or another unfortunate event.

Instead of going to shelters, they opt for the storm drain tunnels. This could be because their partners or pets were not allowed in the shelters, they were too high or drunk to be admitted, or they worked late and couldn’t secure bed spaces. Others feel safer in the streets and tunnels than in shelters.

Nevertheless, many get into drugs and gambling to escape their problems. Another concern is that these storm drain tunnels flood after heavy rains. Residents need to carefully arrange their living quarters so that they do not get inundated.[5]

5 The Homeless Orphans Who Live In Moscow’s Sewers 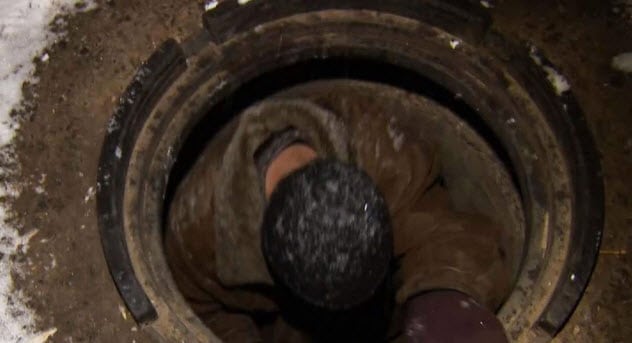 As of 2002, about 50,000 homeless children were estimated to be living on the streets of Moscow. Many were drug addicts and glue sniffers who survived by stealing, begging, and prostituting themselves. Most escaped from state-run orphanages where living conditions were terrible.

The children actually live on the streets. But they flee into the sewers during the harsh Russian winter when temperatures can drop below zero. Many freeze to death during the winter.

The situation is worse today. Some NGOs estimate that over 100,000 people now live on the streets of Russia. The government blatantly denies this and insists that the real figure is around 10,000.[6] 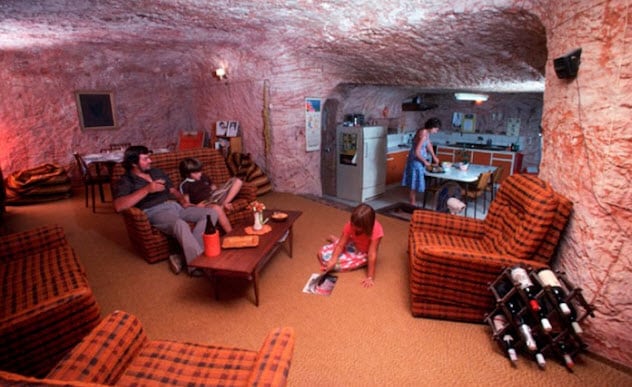 Coober Pedy is regarded as “the world’s only underground town” for good reason. Unlike the other communities we have mentioned, Coober Pedy is legally established. It is a mining town that boasts of producing the majority of the world’s opal.

Coober Pedy is underground because it is located in the middle of the Australian desert where temperatures can reach 52 degrees Celsius (125 °F). No one wants to experience such heat every day. So the town’s residents, shops, bars, churches, museum, and hotel all went underground.

The town is a network of over 1,500 homes, each 2.4–6.7 meters (8–22 ft) underground. The homes are very comfortable and come complete with amenities found in modern homes. Only the kitchen and bathrooms of each dwelling are located aboveground, just around the home’s front door, because there’s no underground sewage.

Although the average underground home costs the same as a similar one built aboveground, underground residents can easily create additions onto their homes. They just need to drill. If they get lucky, they could find more opal in the process. One motel found opal worth $360,000 while digging more rooms.[7]

3 The Underground Migrant Town In Moscow

In 2011, police in Moscow busted 110 people living in an “underground town.” Originally built as a bomb shelter, the town was directly under a factory that produced blades, needles, and safety pins. The residents were illegal migrants working at the factory.[8]

This community was just one of a series of underground hideouts that the Russian police busted at that time. Earlier, they had discovered an underground sausage factory and a hideout under a railway station.

2 Lots Of Syrians Are Living Underground To Escape Air Strikes 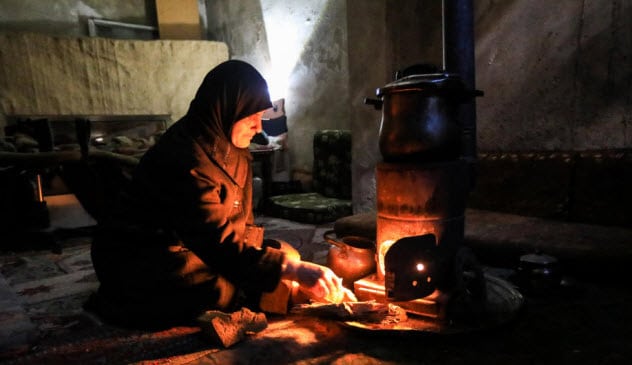 War is destructive. As Syrians have learned during their years-long civil war, an entire house can be reduced to rubble in the wink of an eye. Many Syrian citizens now live underground, especially when their towns are under attack. Some stay in their basements, while others stay in bunkers and bomb shelters which they dug under their homes.

In February 2018, many residents of Eastern Ghouta went underground when the Syrian military battled to seize the town from rebel forces. The underground bomb shelters are usually overcrowded and poorly ventilated. In one home, 80 people shared a 150-square-meter (1,614 ft2) area. It was so congested that they could not even lie down.[9]

These humid shelters have mold growing on the walls. This causes respiratory problems for the residents. There is no electricity, water, or proper sanitation. In fact, some residents have compared their underground shelters to graves.

1 A Reclusive Islamic Sect Was Caught Living Under Russia 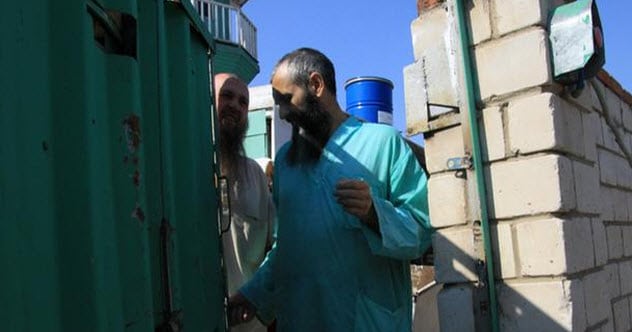 In August 2012, Russian police were investigating the assassination of Valiulla Yakupov (a top Islamic cleric) in Kazan when they discovered members of an Islamic sect living underground. Followers called themselves muammin (“believers”).

The 70-member group included 27 children, some of whom had never seen sunlight. All members lived in cell-like apartments without heat and light. They remained there all day. Only some adults were allowed to leave to trade in the market.

The leader of the sect was 83-year-old Faizrakhman Satarov, who called himself an Islamic prophet and considered his house to be independent of Russia. The house had three stories, but for some reason, Satarov decided to go underground.[10]