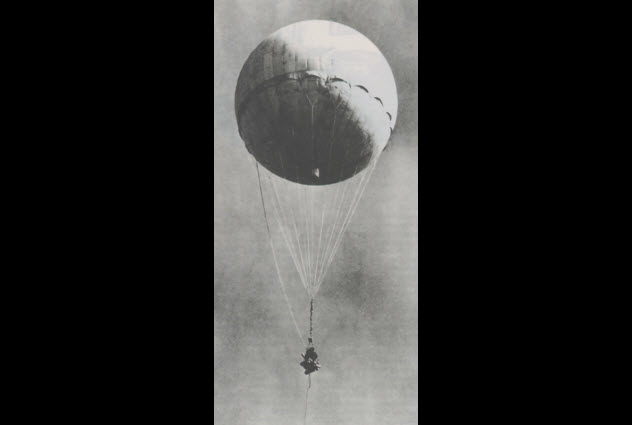 Just before World War II, Japanese scientists launched balloons to measure wind currents over the Pacific Ocean. That’s when they discovered the jet stream, a current of air crossing the Pacific at 9,000 meters (30,000 ft) up.

Since Japan was soon fighting for its life against the US, the Japanese tried to weaponize this discovery. Launching balloons filled with incendiary devices, the Japanese hoped that the “Fu Go” balloons would start huge forest fires in the western US and hinder the American war effort.

Beginning in late 1944, the Japanese started launching thousands of these balloons from eastern Japan. Hundreds of them did reach America. Considering what the Japanese hoped to achieve, the damage was minimal. But it was still tragic—a pregnant woman and five of her children died.

US leaders worried that knowledge of the balloons among the civilian population would cause mass panic. So the government suppressed information about the existence of the balloons. The project ended when the Americans bombed Japan’s hydrogen plants—which made the element required to float the balloons—and the Japanese decided to direct their resources to other projects.

9 The Nazis Tried To Build A Superweapon Fortress 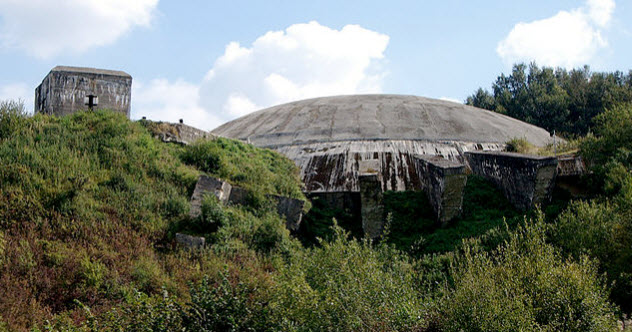 Remember the concrete superweapon fortress that Captain America assaults in Captain America: The First Avenger? The Nazis actually tried to build one of those intimidating concrete structures.

Constructed between 1943 and 1944 by Organization Todt, the premier Nazi engineering group, La Coupole was to be a gigantic underground base from which the Nazis would constantly bombard London with V-2 rockets. Fortunately, the base was bombed and rendered unusable before it could become operational. But the outside structure still stands in an intimidating fashion, with a concrete dome poking out from the side of a hill.

The facility was to be a final assembly plant for V-2 components and a rocket fuel factory. Finished components would be shipped via railroad to La Coupole, where they would be integrated into the final rocket. Then the rockets would be fueled and rolled out onto one of two launchpads. Nazi engineers would oversee the launch of the rockets from an armored tower.

The Allies were aware of the base and attacked it during construction. They systematically bombed it to the ground via air strikes until the Nazis abandoned the project. 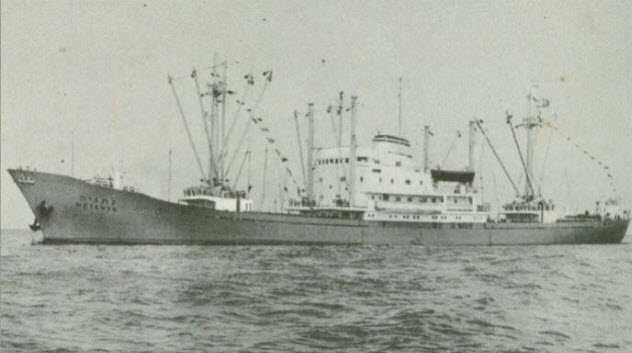 Remember when Hugo Drax had to steal one of the shuttles he’d loaned to the UK because he desperately needed it to complete his evil plans? Israel pulled off a similarly ludicrous scheme when they had to steal their own one-of-a-kind naval ships from the French, who had embargoed Israel.

As the French were a major arms supplier to Israel at that time, a lot of the military equipment that Israel desperately needed was stuck in France. This included five missile boats—the first in the world—which were critical for Israel because their navy was operating outdated equipment.

So Israel decided to steal the missile boats from the French port of Cherbourg. Mossad contacted a Norwegian oil magnate who set up a dummy corporation to buy the boats. In the interest of time, Israel set the date of the heist for Christmas Eve 1969 when harbor security would be home celebrating Christmas. Israeli sailors secretly made their way to Cherbourg, where they joined other crews and hid below decks until Christmas.

The Israelis weren’t going to sail the boats straight home without stopping. They had set up refueling ships along the 3,000-kilometer (2,000 mi) route. Since it was Christmas Eve when they left, it took a full two days before anyone noticed that the boats were missing. By that time, they were far away.

7 The US Tried To Use Nukes To Frack Oil Wells

With all the major issues about fracking nowadays, it seems hard to imagine that the US once tried to frack for oil and gas using nuclear explosions. But there were a few actual tests. This was back in the 1960s, when everything atomic was in vogue. But only a supervillain could come up with that scheme today.

The nuclear fracking was done under the auspices of the Plowshare Program, an attempt to determine whether nukes could be used for industrial purposes. In 1967, the first test, code-named “Gasbuggy,” was detonated in New Mexico more than 1,200 meters (4,000 ft) underground.

However, by the early 1970s, public opinion had turned against nuclear weapons. Also, even if the oil or gas well was fully used for 25 years, the revenues generated wouldn’t come close to covering the cost of the nuke. So these crazy schemes were abandoned. 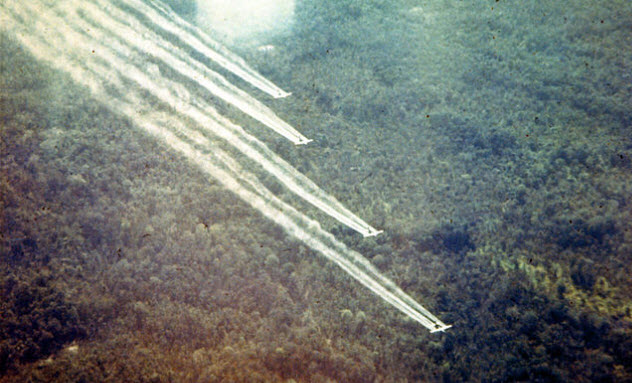 We’ve all heard of Agent Orange and its mutagenic effects on Vietnamese children, but why exactly was it sprayed so liberally? It turns out that the US, frustrated by the ability of the Vietcong to hide in the jungles of Vietnam, decided to smoke them out by defoliating the forest with chemicals.

Called Operation Ranch Hand, the project ran from 1962 to 1971 and extended into parts of neighboring Laos, where the Vietnamese sometimes went to escape the Americans.

While the vast majority of the 20 million tons of herbicides sprayed over Vietnam was Agent Orange, the US also used other herbicides, including Agents Pink, Purple, Blue, and White. The official motto of the operation was “only we can prevent the forests,” which was what they were trying to do.

They only partially succeeded. Despite its audacious scope and aims, the operation failed to reveal the North Vietnamese tormenting the Americans in the jungle. 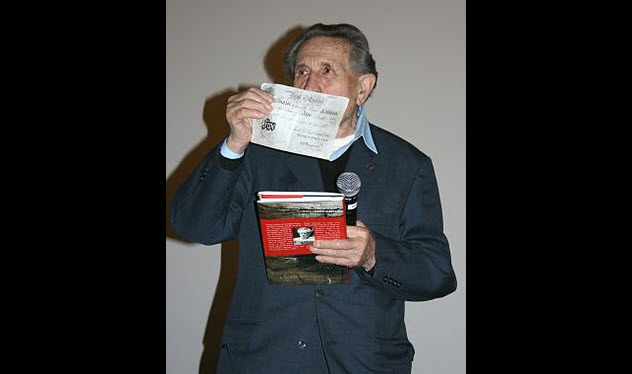 Part of a top secret plot named Operation Bernhard, this scheme called for forgers to make perfect British banknotes and inject them into the British economy, causing inflation and destabilizing the British war effort.

The forgeries were made by Nazi concentration camp inmates. Over 160 Jewish inmates were forced to work on the project. Surprisingly, most of them survived the war.

The Nazis printed over £100 million of banknotes, but shelved plans to put the notes into general circulation by dropping them from aircraft. Eventually, the Nazis just gave the fake money to their spies to spend abroad.

The British responded to the scheme by simply withdrawing any notes greater than £5 from circulation, which solved the problem handily. The larger denominations only began to circulate again 30 years later. 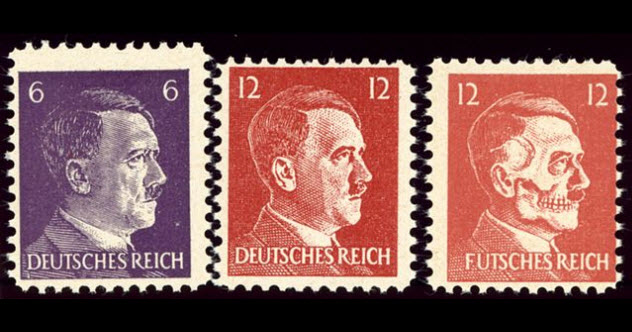 In a hilarious World War II operation, the OSS, America’s spy agency at the time, got the Nazis to deliver anti-Nazi propaganda in their own mail system to thousands of Germans.

The original plan was to secretly send mail with anti-Nazi propaganda hidden inside via Switzerland to Germany. But that scheme could only send in a small number of letters. The OSS wanted a bigger bang. So they bombed mail trains and then dropped bags of letters around them for the Germans to dutifully collect and forward to their own citizens.

In retrospect, it is impressive that the Allies managed to pull it off, even with the gradual disintegration of Germany by the time the plan was implemented in 1945. The mail packages had to perfectly replicate German ones, including post cancellations and stationery. Then the Allies had to address each letter so that they could have been plausibly shipped on the mail train through that particular mail route.

The Allies only dropped 120 bags of mail into the Nazi mail system before World War II ended. But the mail that was sneaked in started massive rumors about an underground anti-Nazi resistance group in Germany. 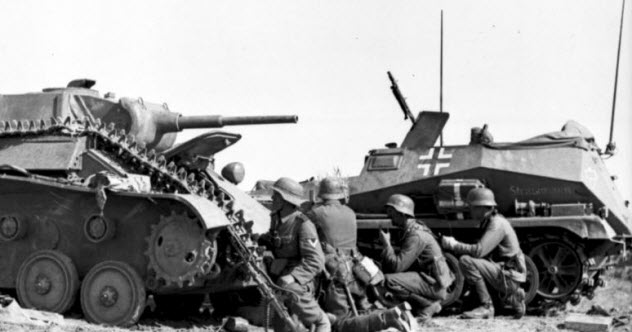 When the Nazis invaded the Soviet Union, their advance was swift. However, there was still critical infrastructure in the Soviet Union that the Nazis desperately wanted. One example was the Maikop oil fields. Hitler had personally ordered the seizure of these oil fields to feed the German war machine.

The task fell to Baron Adrian Von Folkersam, who commanded a detachment of the Brandenburgers, elite German special forces. Folkersam, a German of Russian descent and a fluent speaker of Russian, was ideally suited to the task.

In July 1942, the 60-strong special forces detachment sneaked through Soviet lines dressed as the NKVD, the dreaded Soviet secret police. They drove captured Russian vehicles to complete the disguise.

Folkersam drove straight into Maikop, presented himself to the commanding general as “Major Turchin from Stalingrad,” and got his soldiers billeted in the city. On August 8, as the Germans drew near the city, they spread confusion and panic by telling people that Maikop was being abandoned.

A group of German soldiers took over the local telegraph station and spread panic by politely refusing requests from officers at the front to patch them through to higher command, while another group of Germans tried to stop the destruction of the oil wells. In the end, the Germans captured the oil field, but the Soviets had damaged it and put it out of commission for a year.

Remember in Mission: Impossible—Ghost Protocol when the head of MI6 set up a secret organization that went rogue and became “supervillainous”? After World War II, the CIA set up at least one such organization in Europe as a stay-behind network of secret agents to resist the Soviets if they took over Europe. Secret equipment caches were set up to supply the agents.

Gladio, the Italian network, eventually became a full-blown terrorist organization because they hated communism so much. Although the facts are still quite muddied, the Gladio network has been linked to an attempted assassination of the Pope, terrorist bombings, and even infiltration of the Italian government at the highest levels. After several damaging revelations, the group was finally shut down.

1 The US Tried To Use Weather Manipulation Offensively In Vietnam

Besides using herbicides to expose Vietcong soldiers hiding in jungles, the US also tried to use weather modification to win the Vietnam War. This is not a conspiracy theory. It was an actual top secret program that ran from 1967 to 1972. It was so secret that its code name was changed several times when people who weren’t cleared to know about the program learned the most current code name.

The US plan was simple: Seed the rain clouds of a monsoon over Vietnam with silver iodide and extend the rainy season so that the North Vietnamese would get drenched. The goal was to wash away bridges and generally wreak havoc with their supply lines through the mountains and jungles.

But the operation didn’t work that well. In addition, once the program was revealed, there was such a public outcry that a UN treaty was ratified to specifically ban weather modification as a method of warfare.