Scientists use several factors to determine whether an exoplanet (a planet orbiting a star other than our Sun) is considered to be habitable. The main factor is a comparison of the exoplanet’s semimajor axis (the average distance from the exoplanet to its star) to its star’s habitable zone.

The habitable zone is that area around a star in which a planet similar to Earth could have liquid water on its surface. Without that ability, it is impossible for a planet to host life as we know it.

Scientists look at other factors, too. For example, the composition of the exoplanet should be rocky rather than gaseous. Also, its radius and mass should be 0.5–1.5 times and 0.1–5.0 times that of Earth, respectively.

The exoplanets on this list were selected from the catalog of potentially habitable exoplanets maintained by the University of Puerto Rico’s Planetary Habitability Laboratory. 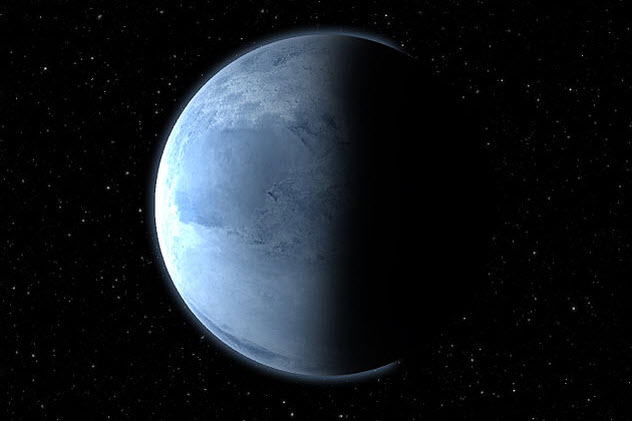 Tau Ceti is a star that is located roughly 12 light-years away from Earth in the constellation Cetus. Still, the star is close enough to be visible to the naked eye. Tau Ceti has a magnesium-to-silicon ratio of 1.78, making its ratio approximately 70 percent greater than that of our Sun.

Tau Ceti e is a planetary candidate in this star system, meaning that it has not yet been confirmed as a planet. Discovered in 2012, it has a year that is equivalent to 168.1 Earth days.

This extremely hot climate makes Tau Ceti e’s habitability for humans unlikely. But it may host life-forms in the early stages of development.

Its radius is 1.1–2.0 times that of Earth. With a mass greater than or equal to 4.3 times the mass of Earth, Tau Ceti e falls on the outer edges of likely habitability for life in its early stages.

By the time we develop space travel, Tau Ceti e could possibly support more complex life, such as humans. 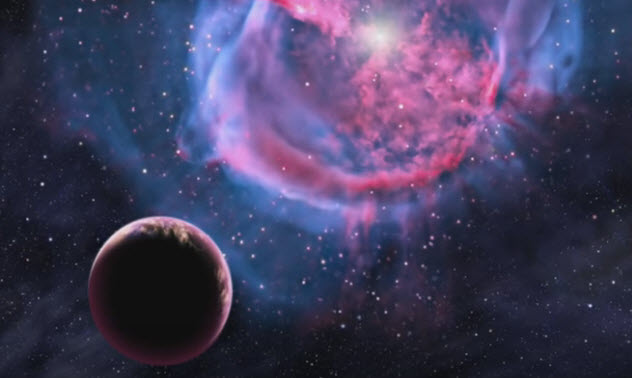 Kepler 438, the star for this planetary system, is roughly 473 light-years from Earth in the direction of the constellation Lyra. This star is approximately 4.4 billion years old and is a red dwarf. Its dimmer light makes the habitable zone closer to the star than it would be with a brighter star.

Exoplanet Kepler 438b, just 12 percent larger than Earth, has a mass of 0.6–4.0 times the mass of Earth. This exoplanet is probably rocky and seems to orbit within the habitable zone of its star, allowing for the presence of liquid water.

Kepler 438b also has a radius 1.1 times the radius of Earth. While all of these factors favor the exoplanet’s ability to host some sort of recognizable life, Kepler 438b’s average temperature of 3 degrees Celsius (37 °F) could be a problem for humans.

It is possible that humans could adapt to live at such temperatures, but it would not be easy. This exoplanet is more likely to host the early stages of developing life than to support human colonization at this time.

GJ 667C is a red dwarf that is 22 light-years from Earth in the constellation Scorpius. This red dwarf is part of a triple-star system containing two orange dwarfs, which orbit each other.

The red dwarf orbits both of the orange dwarfs. All three stars are believed to be 2–10 billion years old and would be visible from a planet orbiting the red dwarf.

GJ 667C e, which is still awaiting confirmation of its status as a planet, has a year that is equal to 62 Earth days and a radius 1.0–1.8 times the radius of Earth. GJ 667C e is pushing the boundary of an acceptable radius for a habitable planet, but its mass is probably okay at greater than or equal to 2.7 times that of Earth.

This potential exoplanet does exist comfortably within the habitable zone where the presence of liquid water is possible. But GJ 667C e is probably tidally locked, which would make half of it hot and the other half cold because the same side of the exoplanet would always face its host star.

Although this condition potentially limits how much of the exoplanet is habitable, it does not change the fact that it may be capable of supporting human life.

Kepler 186 is 561 light-years from Earth in the constellation Cygnus. It is a red dwarf that is less massive and less warm than our Sun, which makes the habitable zone much closer to Kepler 186 than it would be for a brighter star.

On exoplanet Kepler 186f, one year is equal to about 130 Earth days. This exoplanet is in the habitable zone of its star and is similar in size to Earth. Although the mass of Kepler 186f is unknown, its radius is only 1.1 times that of Earth.

Kepler 186f is in the outer range of its star’s habitable zone, giving it an average surface temperature of only 0 degrees Celsius (32 °F). This exoplanet is just at the edge of possibility for human habitation unless it has a thick atmosphere containing lots of carbon dioxide. 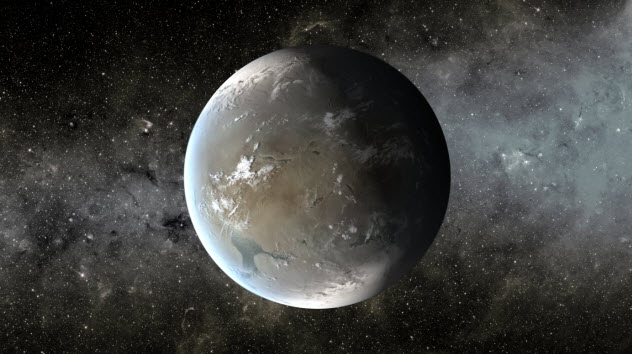 Kepler 62 is a star in the Lyra constellation about 1,200 light-years from Earth. This star has a mass and radius that is roughly 0.69 times and 0.63 times that of our Sun, respectively.

Exoplanet Kepler 62f, which has a year of about 268 days, was discovered in 2013. Its mass is given in comparison to the planet Jupiter, which in turn has a mass that is 318 times that of Earth.

In relation to this, the mass of Kepler 62f is roughly 0.11 times that of Jupiter. Kepler 62f’s radius is about 1.4 times the radius of Earth. This exoplanet is located in the habitable zone of its host star, making it possible that there is liquid water on the surface.

Kepler 62f has a surface temperature of -30 degrees Celsius (-22 °F), which would place it on the cold side of habitability. Even so, all of these factors combine to make Kepler 62f a good candidate for human habitation. 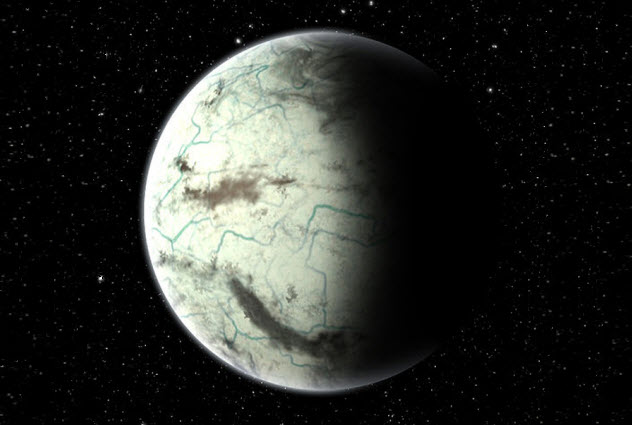 Kapteyn is a red dwarf that is 13 light-years from Earth in the constellation Pictor. This star has a mass and radius that is roughly 0.28 times and 0.29 times that of our Sun, respectively. Kapteyn is estimated to be about eight billion years old.

The star was named after Jacobus Kapteyn, the Dutch astronomer who discovered it at the end of the 19th century. It is the fastest moving star in the sky and is close enough to be seen by amateur astronomers.

Kapteyn b, which is still awaiting confirmation as a planet, has a year that is equal to 48 Earth days. Its radius is unknown. But it has five times the mass of Earth and may contain surface water. Enough information is known about Kapteyn b and its star to make it likely that this potential exoplanet is capable of supporting human life. 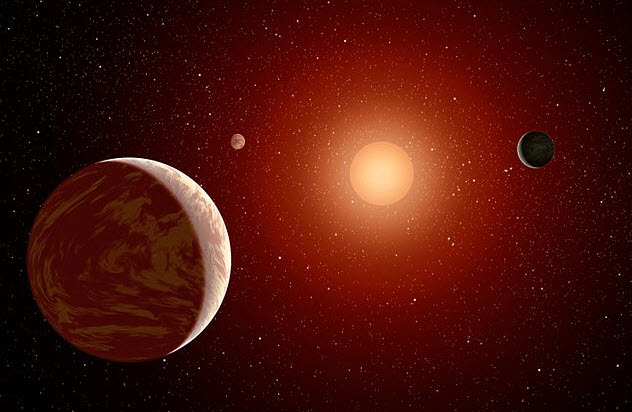 Wolf 1061 is a red dwarf located 14 light-years away from Earth in the constellation Ophiuchus. This is the 35th-closest star to Earth. It has a mass of 0.25 times that of our Sun. The fact that the system orbits a red dwarf makes the habitable zone closer to the star than would occur with a brighter star.

Exoplanet Wolf 1061c may be rocky and inhabits the zone where temperatures are right for liquid water to exist on the surface. The gravity on this exoplanet is roughly 1.8 times Earth’s gravity. Wolf 1061c is tidally locked so that one side of the exoplanet always faces toward its star, causing extreme heat, and the other side always faces away from its star, causing extreme cold.

These temperature extremes make habitation in either hemisphere highly unlikely. However, it may be possible to live on the border between these two zones, although it would be far from comfortable. 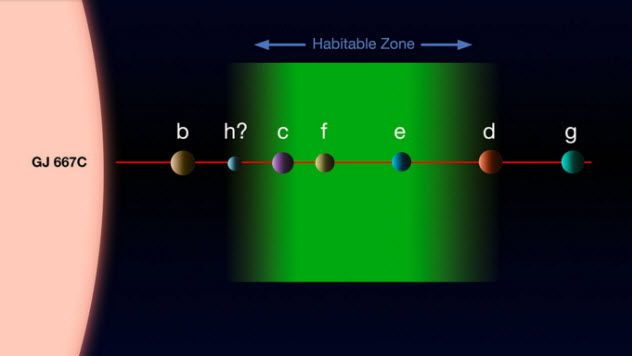 We already discussed the star GJ 667C because GJ 667C e and GJ 667C f, both of which are awaiting confirmation as planets, are part of the same star system. But let’s review the data to refresh our memories.

Star GJ 667C is a red dwarf that is 22 light-years away from Earth in the constellation Scorpius. It is part of a triple-star system. Two orange dwarfs in the system orbit one another, and GJ 667C orbits both of them. The stars are thought to be 2–10 billion years old. All three suns would be visible from a planet orbiting GJ 667C.

This combination of factors makes it plausible that GJ 667C f could be a habitable exoplanet. 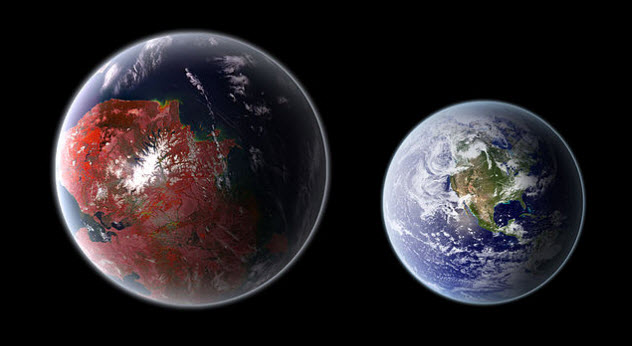 The star Kepler 442 is about three billion years old. It has a mass and radius that is roughly 0.61 times and 0.60 times that of our Sun, respectively. Kepler 442 is 1,100 light-years from Earth in the constellation Lyra.

Exoplanet Kepler 442b was discovered in 2015 by telescopic means when the planet’s shadow disrupted the light from its host star, an orange dwarf. Kepler 442b has a year that is approximately 112 Earth days.

The radius of this exoplanet is 1.34 times that of Earth. Kepler 442b is probably rocky and exists at a distance from its host star that makes the existence of liquid water possible on the planet surface. Of all the exoplanets found as of February 2016, Kepler 442b is believed to be one of the most similar to Earth.

These conditions combine to create a high probability that Kepler 442b could one day support human life. 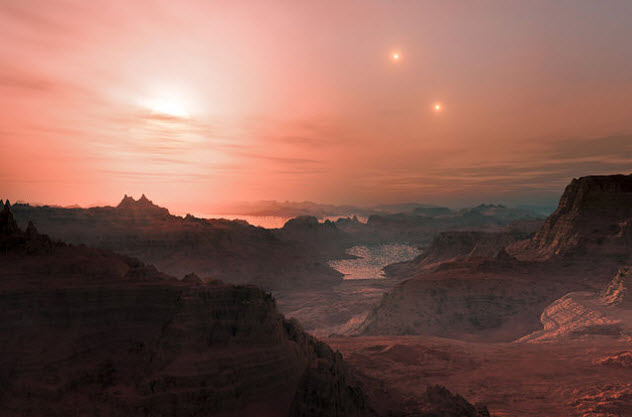 Exoplanet GJ 667C c also orbits the star GJ 667C. This exoplanet has a year that is about 28 days. Interestingly, one day on GJ 667C c would equal 56.2 Earth days. The mass of this exoplanet is 0.01 times that of the planet Jupiter. It is unknown whether the exoplanet’s surface is rocky or gaseous.

However, GJ 667C c does lie in the zone where liquid water on the surface is likely, making the possibility of a rocky surface more likely as well. Therefore, it appears that this exoplanet might support human life one day.

As we’ve seen, there are many exoplanets that could plausibly host future human colonies when we’ve solved the problem of interstellar travel.

Dawn is a 39-year-old freelance writer who usually focuses on fiction but also has a deep and abiding fascination with science.