French, Latin, and Germanic languages—vast swaths of our lexicon owe their existence to these three culprits, with another sizable chunk coming from Greek. But English is enriched by the exceptions, the idiosyncratic loanwords from Quechua, Japanese, Swahili, Sanskrit, and more. These non-European languages and language groups have made significant contributions to English, giving us some truly unique and unusual words. 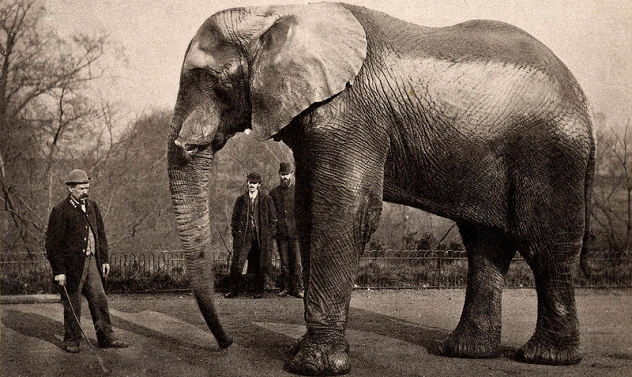 We’ll start with Bantu, a group of languages spoken in a region of sub-Saharan Africa that stretches from Cameroon to Kenya. Their contributions to English are limited to a few quirky items, most notably “jumbo” and “zombie.”

“Jumbo” comes either from the Swahili word jumbe, meaning “chief,” or nzamba, the Kongo word for “elephant.” It entered English in the 1880s as the name of an African elephant in P.T. Barnum’s “Greatest Show on Earth.” In 1882, Barnum purchased Jumbo from London’s Regent’s Park Zoo and brought him to the United States. The animal performed in Barnum’s circus for three years before he was hit and killed by a freight train.

As for “zombie,” some believe this word comes by way of Louisiana Creole from the Spanish sombra, a word that means “shade” or “ghost.” But other linguists say it comes from Bantu languages. It could have roots in the Kikongo word zumbi, meaning “fetish,” or the Kimbundu word for “god,” nzambi. In Haitian Creole, which is influenced by West African languages, the word “zombi” means “spirit of the dead.” 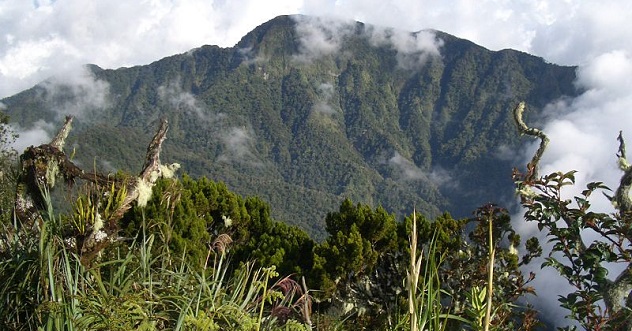 You might have imagined that “boondocks” was a strange compound noun born in the backwoods region it’s used to describe. But it was actually brought back from the Philippines by American soldiers in the early part of the 20th century. US troops occupied the island nation from the Spanish-American War to World War II, and during that period, they adopted the Tagalog word bundok, which means “mountain.”

“Cooties,” meanwhile, comes from the Malay word kutu, meaning “dog tick.” “Yo-yo” has been a US and Canadian trademark since the 1930s, but the word—and probably the idea for the toy—came from the Philippines. And while we’re discussing Malay words, “sarong” comes from a term that means “to sheath.”

A handful of flora and fauna loanwords also hail from the broad group of languages lining the Pacific Rim. Most notably, “orangutan” comes directly from pidgin Malay and literally means “forest man.” 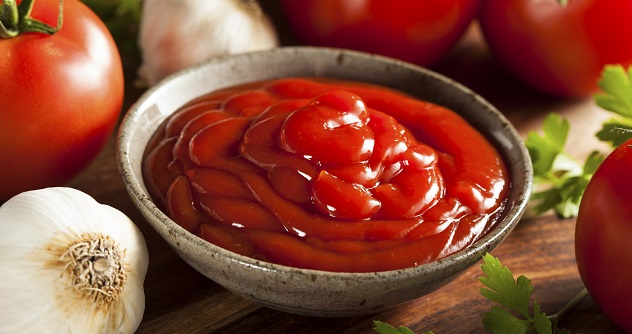 Chinese words have left quite an impact on the world of food and martial arts. You have “kung fu” and “tai chi,” “wanton” and “lo mein.” But Chinese has also given us several words that are a bit less conspicuous.

For example, “ketchup” is thought to have come to English through Malay from the Chinese for “brine of fish.” In English, the word originally described a range of sauces and gravies before taking up its modern meaning in the early 20th century. The Chinese word dafeng, meaning “great wind,” was loaned to the Greek language, before mutating into the English word “typhoon.”

“Kowtow” comes from a Chinese word meaning to “knock the head,” which describes a custom of showing respect by touching the forehead to the ground. “Koan” comes through Japanese from the Chinese gongan, a word that means “public proposal.” “Brainwash” is a translation of the Chinese xi nao and entered English during the Korean War. 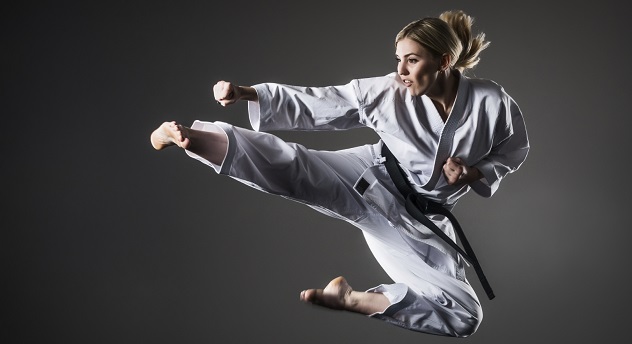 Similar to Chinese, the Japanese language has no end of English loanwords that stick out. There’s bonsai, hibachi, and gingko. People use words like emoji, soy, and sushi on a daily basis. And don’t forget origami, futon, bento, and sumo. Interestingly, most of these words mean the same thing in both languages. However, some have striking etymologies.

“Karaoke” originally meant “empty orchestra.” “Karate,” which has the same first syllable as “karaoke,” means “empty hand.” After all, this martial art was designed to be used without weapons. “Judo” and “jujitsu” share the same first syllable and mean “soft way” and “soft technique,” respectively. And as for “tsunami,” that translates into “harbor wave.”

A less obvious gift from Japanese is the word “tycoon” (originally taikun), which means “great prince” or “high commander.” Foreigners visiting Japan in the 1850s used this word to refer to the shogun, the country’s ruler. After World War I, the world evolved into its current description of a powerful businessman.

Another surprise is the word “emoji.” At first glance, you’d think it was a play on the English word “emotion.” But actually, it means “picture letter” in Japanese. 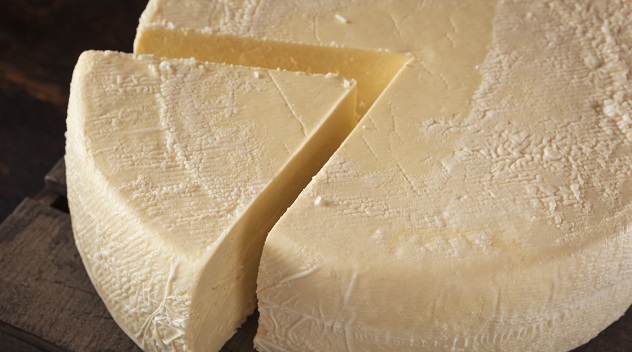 Those who hold that Asia begins at the Ural Mountains will say that Russian doesn’t belong on a list of “non-European” languages. But the Slavic language group is much further from English than the Germanic and Romance languages. It has also given us several interesting loanwords. If we ignore obvious contributions like “babushka” and “gulag,” that leaves us with quite a colorful shortlist.

“Mammoth” was first used to describe a creature whose remains were discovered in Siberia near the end of the 17th century. The word itself may be derived from the Russian word for “earth.” It became an English adjective in the early 1800s in reference to a gigantic cheese wheel gifted to Thomas Jefferson by the women of a Baptist church in Cheshire, Massachusetts. Seriously, this thing weighed 560 kilograms (1,234 lb).

“Vigorish,” or what you pay a bookie when you make a bet, comes through Yiddish via a Russian-Ukrainian word for “winnings” or “profit.” And we can’t mention Russian etymology without remembering that vodka is the derivative of voda, or “water.” 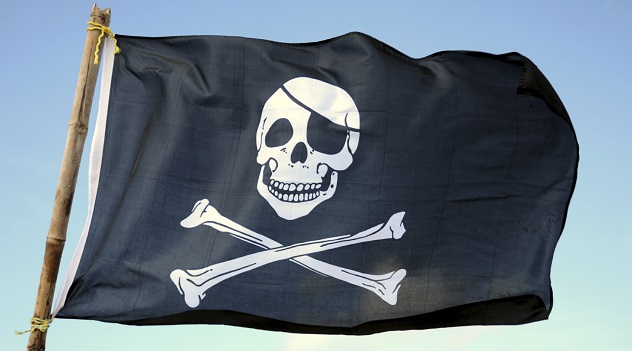 Tupi-Guarani refers to a group of languages native to modern-day Brazil. In colonial times, one of these became the trade language between Europeans and locals and has been called “Jesuit Tupi” by some linguists.

Many Tupian contributions to English are the names for plants and animals, and they come by way of Spanish, French, and Portuguese. For example, “cougar” comes from a Tupian word that means “deer-like.” And “tapioca” also came via the romance languages from a Tupian word meaning “juice squeezed out” or “pulp.”

But there are some major exceptions to all this flora and fauna. One such word is “buccaneer.” The French version, boucanier, once stood for one who uses a boucan, a type of grill for smoking meat which the locals refer to as a mukem. Originally, buccaneers were French hunters settling parts of the Spanish-colonized Caribbean. When Spain kicked them out in the 1690s, a group of Frenchmen took to piratical acts, thus giving the word its present-day meaning. 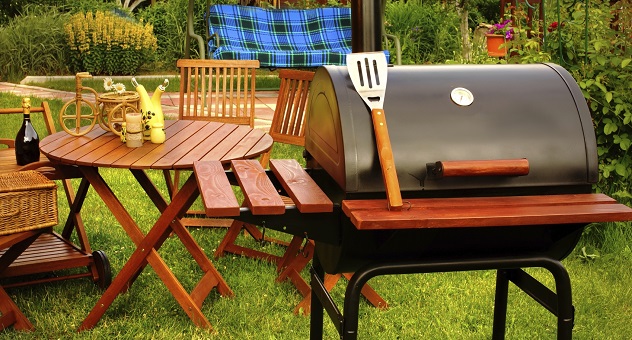 Like Tupi, the Indian languages of what is now the US and Canada gave us a long list of words dominated by New World plants and animals. These include a wide variety of organisms such as caribou, chipmunk, hickory, moose, coyote, persimmon, and skunk.

“Barbecue” is related to “buccaneer.” However, its Arawak roots (from Haiti) refer to the boucan grill itself. “Cannibal” comes from the Arawak word kalingo, which means “brave ones” and once referred to the people of the Caribbean. The word took on its current meaning because Europeans thought that the natives ate flesh. (Incidentally, the word for “cannibal” in Old English was selfaeta.) “Tobacco” is also Arawak in origin.

Nahuatl is a Mexican language known informally as Aztec, and it’s still spoken today by about 1.5 million people. It gave us words like chocolate, tomato, and mescal—the last of which originally meant “cooked maguey.” “Avocado” comes from the Nahuatl word ahuacatl, which also means “testicle.”

As for the South American language Quechua, it gave English words such as llama, jerky, quinoa, and quinine—the last of which comes from kina, or “bark.” And if you feel like having a smoke, you can thank the Maya because “cigar” likely comes from their sicar, a word which means “to smoke.” 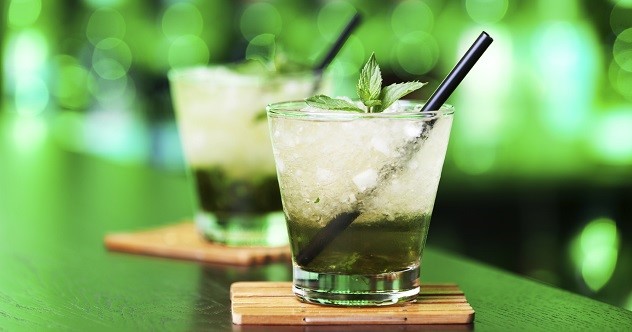 Persian has a tricky place on this list. Like English, it comes from Proto-Indo-European. This means that these languages have quite a few similarities. The words “mother,” “father,” “daughter,” “brother,” and “name” all have cognates in modern Farsi. But some words took a different route from Persian to English and are bona fide loanwords.

Limu is a general word for “citrus fruits” in Persian, and it gave us “lemon.” “Mummy” came through Latin and Arabic from the Persian term for “wax.” “Candy” comes from the Persian qandi, or sugar, and may also have roots in Sanskrit. The root of “caravan” is karwan, which means a “group of desert travelers.” “Kiosk” is from the Persian kushk for “palace” or “pavilion.” The Persian word that gave us “julep” literally means “rose water,” and “pajamas” comes from a term meaning “leg garments.” 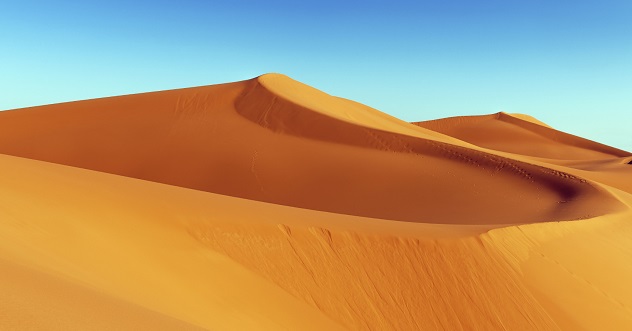 Arabic is one of the most generous non-European lenders to the English language. We’ve previously looked at 10 interesting examples of Arabic loanwords, but that doesn’t even scratch the surface. The Oxford English Dictionary includes nearly 1,000 words that come from Arabic.

Take “cipher” or “zero,” for example. They came to English through Latin from the Arabic sifr. Europeans didn’t have a concept of zero before the eighth century. But after the Moors conquered Spain, the continent began to adopt the Arabic system of numbers.

“To drub” (as in, “He took a drubbing in the debate”) comes from the Arabic daraba, or “to beat up.” “Monsoon” came to us through Dutch and Portuguese from the Arabic word for “season,” mawsim. Then there’s “Sahara.” In English, it’s a specific region, but sahra in Arabic is the general word for “desert.” 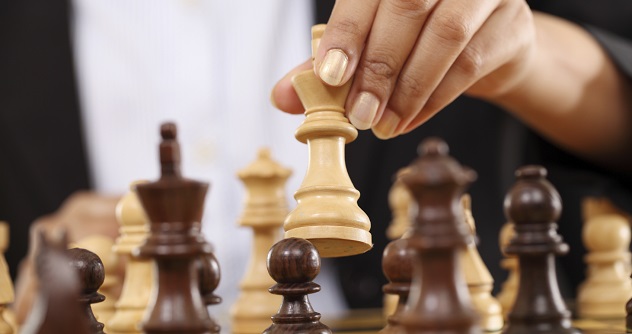 Arabic has a great number of words loaned to English, but Sanskrit and its two modern offshoots—Hindi and Urdu—are some of the richest. Their gifts to English are diverse and hard to categorize.

The Hindi jangal gave us “jungle” and refers to a desert, forest, or wasteland. “Khaki” is an Urdu word that means “dusty.” “Juggernaut” comes from the Sanskrit “Jagannatha,” meaning “lord of the world” and referring to a Hindu god.

“Chess” is derived directly from the French esches, but the original Sanskrit word for the game, chaturanga, is similar. It means “four members of an army” and refers to elephants, horses, chariots, and foot soldiers—the pieces of the chessboard other than the king and queen.

“Karma” in Sanskrit means “action,” “effect,” “act,” or “deed.” “Loot” is a direct loan from the Hindi for “booty” or “stolen property,” and it derives from the Sanskrit word for “to steal.” “Mantra” means “instrument of thought” in Sanskrit and stems from the verb that translates “to think.” And hilariously, “pundit” comes from the Sanskrit pandita, a word meaning “learned man.”

Reed Cooley is a writer and editor living in Tunis.