Swords are commonplace decorations. However, when these ornamentations get into the wrong hands, they reveal their true nature. A sword is far from the most efficient method of dispatching someone. This is close-quarter killing. Frequently, this intimate slaughtering involves family members.

However, occasional random acts of mayhem are committed by sword-wielding maniacs. In almost every case, there is a bizarre narrative leading to the ultimate heinous act. When used for murder, swords send a message. 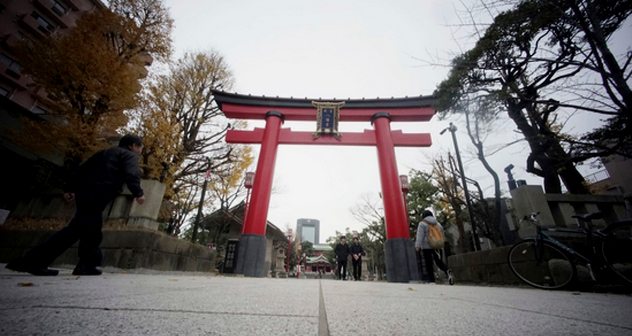 On December 7, 2017, a Shinto priestess was slaughtered by samurai sword as she returned home from Tomioka Hachimangu shrine. Nagako Tomioka, 58, died from wounds delivered from the 80-centimeter (32 in) blade.

Her chauffeur escaped on foot. But he was chased down by the attacker’s female accomplice, who delivered nonlethal injuries with a sword. Later, the attacker killed his accomplice before turning the sword on himself.

The following day, police released the identity of the attacker: Shigenaga Tomioka, the priestess’s 56-year-old brother. Authorities believe that the murder-suicide was the result of a conflict over control of the Tokyo shrine dedicated to Hachiman, the god of war and martial arts.

Shigenaga took over leadership in 1995 but was ousted in 2001 due to financial mismanagement. In 2002, Nagako assumed control of the shrine. Four years later, Shigenaga was convicted on blackmailing charges for sending his sister a postcard reading: “I will send you to hell.”[1] 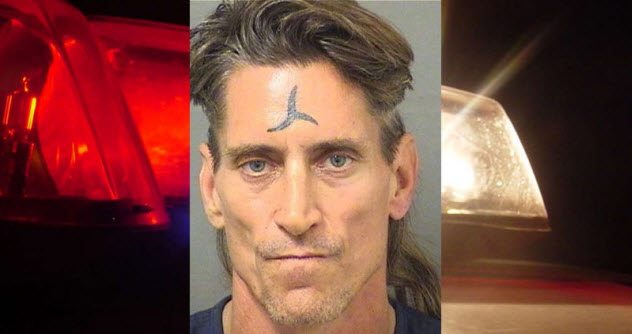 In November 2017, Palm Beach County deputies were called to a homeless encampment in Lake Worth, Florida. Upon arrival, they discovered David Beckett, 58, dead and covered in blood in the gravel next to railroad tracks. A trail of blood led deputies to the murder weapon: a 1-meter-long (3 ft) sword. Investigators determined that Beckett bore “visible injuries consistent with a violent attack.”[2]

Police arrested George Christopher Livingston, 51, and charged him with the murder. A blood trail led them to Livingston, whose lacerated hand was wrapped in bandages. Witnesses revealed that Livingston had claimed, “He tried to rape me.” 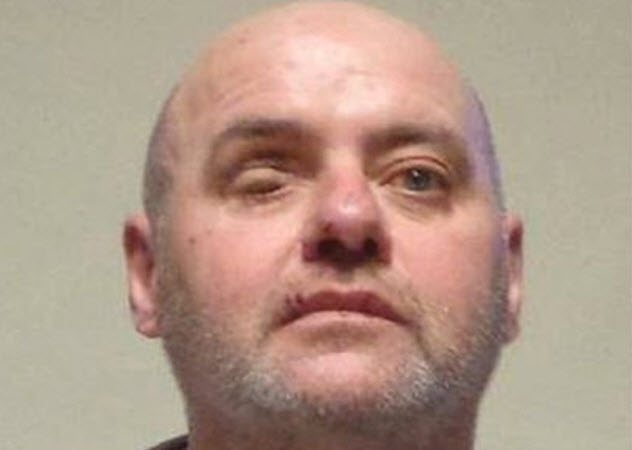 Around 5:00 AM on January 2, 2017, Scottish authorities discovered “utter carnage” when they entered the Kirkcaldy residence of Adrian Hynd. They found the body of 25-year-old Alex Forbes in the blood-splattered living room with a “vampire skull” fantasy sword jutting from his chest. Forbes suffered over 100 stab wounds.

Police discovered homeowner Hynd, 51, completely “covered in blood”—including his glass eye, which had been removed. Forbes and Hynd had met earlier in the evening at Windsor Bar. According to bartender Stephanie Ewing, Forbes had been acting threatening and claimed he could “damage her” while showing off gunshot scars.

After last call, Forbes and Hynd brought the party back to Hynd’s residence. Witnesses report that Forbes and Hynd both removed their shirts before “play wrestling,” at which point the other guests felt uncomfortable and left. Despite his claims of self-defense, Hynd was convicted and sentenced to a minimum of 18 years.[3] 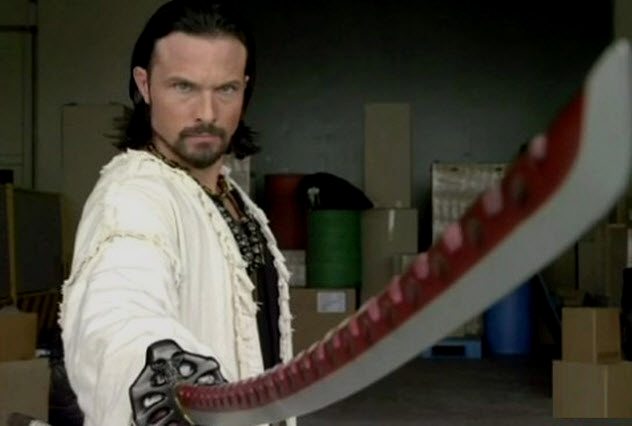 In March 2017, an actor famed for his role on the Power Rangers TV series was sentenced to six years for slaying his roommate with a sword. Thirty-eight-year-old Ricardo Medina pleaded guilty to voluntary manslaughter for the 2015 death of Josh Sutter.

According to prosecutors, the former Red Lion Ranger and Sutter became embroiled in an argument in the residence they shared in Green Valley, California. Medina used the large doubled-edged sword he kept on display in his room to stab Sutter as he attempted to break down Medina’s bedroom door.

Sutter, 36, specialized in finding homes for rescued dogs. Medina moved into the house when he was hired to take care of dogs by Sutter’s sister, Rachel Kennedy. She revealed that Medina had begun to act “erratically” prior to the attack. The argument between the ex–Power Ranger and Sutter began over the manner in which Medina’s girlfriend parked her car.[4] 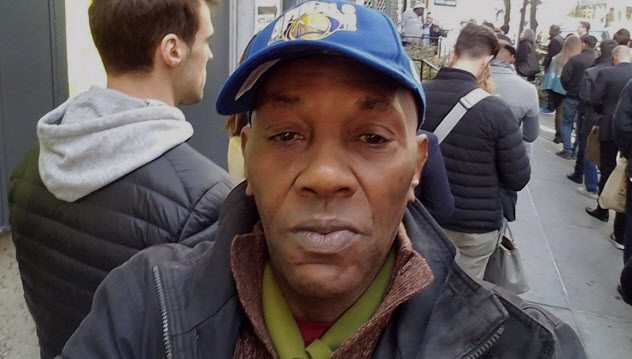 In March 2017, a white supremacist terrorist used a sword in a race war “practice run.” James Jackson, 28, claims that he drove a sword through the back of 66-year-old Timothy Caughman to discourage mixed-race couples. Jackson had traveled from Baltimore to New York to “kill numerous black men.” His hope was that his trail of carnage would dissuade white women from entering into relationships with black men.

Jackson originally targeted Times Square to maximize media exposure. However, after getting “spooked,” the deranged racist turned his attention to Caughman, a bottle collector from Jamaica, Queens.

In 2009, Jackson had joined the army. He served as a military intelligence analyst in Kabul and received many awards before being discharged in 2012. “I didn’t know he was elderly,” said Jackson when he turned himself into authorities. He wanted to kill a “young thug” or “successful older black men with blondes. [ . . . ] People you see in midtown.”[5] In November 2017, Washington authorities arrived at 248 Omak River Road to respond to a fire. Once at the scene, they realized that a body was inside the burning residence. Eighty-two-year-old Clarence Walter Hauf had been savagely murdered before his home was set ablaze.

Jared Fudge, 27, was arrested and charged with murder and arson. In custody, Fudge revealed that he had murdered Hauf because the elderly man was a “demon.” Fudge had stabbed the victim with a sword before setting a fire in the wood stove and letting it grow out of control. Fudge returned to the victim and beat him with a sledgehammer to make sure he had died.

In 2016, the victim had taken out a restraining order on Fudge. It had expired in July. Their dispute initially started over Fudge leaving his trailer on Hauf’s property. Witnesses spotted Fudge fleeing the scene. He was later apprehended in a tent in Eastside Park.[6] 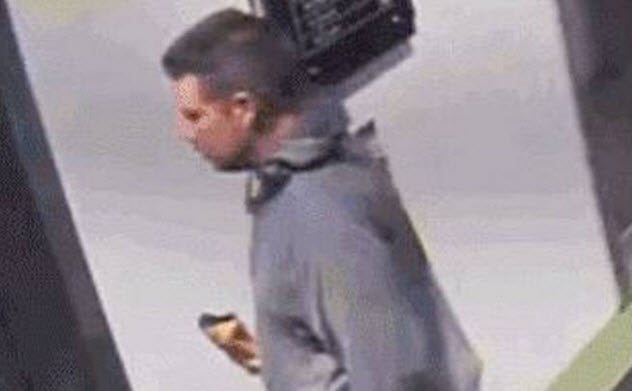 In February 2017, a horrific sword murder was caught on CCTV at a Melbourne shopping center. Video footage revealed David Dick, 36, being laid low by a “long-edged” swordlike weapon. Dick was attacked at 6:10 AM as he walked through the Westfield Doncaster shopping center on his daily route to catch the bus. An early morning exercise group discovered David lying in a pool of blood in the mall’s parking lot.

Police identified the man in the CCTV footage as Jonathan Dick, David’s brother. Police found his abandoned 1997 Ford Fairmont sedan, which contained a sword that they believe was used in the attack. The 39-year-old withdrew $200 from his bank account two days before the sword slaughter.

Jonathan Dick’s whereabouts remains unknown. Investigators believe that he may have fled interstate. In August 2017, Jonathan was added to Australia’s most wanted fugitives list. His motive for murdering his brother, David, remains a mystery.[7] 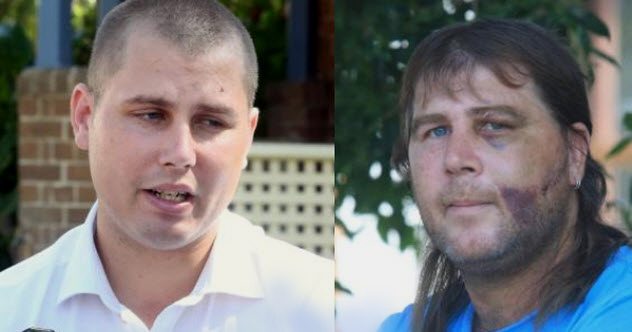 In September 2017, a New South Wales jury convicted a 28-year-old man of murdering his father with a samurai sword to cash in on a life insurance policy. By 2013, Michael Phillip Martin had cut all ties with his father, Michael Martin. The son frequently told others of the abuse he had suffered at the hands of his alcoholic father.

However, in 2014, he rekindled the relationship and took out three life insurance policies on his father. That April, Michael Phillip staged a home invasion at his father’s residence. His father was attacked but survived.[8]

In June 2014, the prosecution alleged that Martin staged another home invasion during which he slaughtered his father. The autopsy revealed that Michael Martin had died from “very extensive slicing and penetrating injuries.” To set the scene, Martin planted an axe by his father’s side and even bound himself with gaffer tape, which he had purchased earlier that day. On January 11, 2017, a Los Angeles man went on a rampage with a samurai sword that left one woman dead and three injured. John Ralph Perales, 45, pleaded guilty to second-degree murder and three counts of attempted murder. The mayhem began in the early hours when Perales traveled to El Monte to visit an ex-girlfriend. He crawled on top of her, sliced her with a knife, and stabbed her 22-year-old son when he attempted to intervene.

Perales fled to Temple City. There, he entered the home of 40-year-old Diane Alarcon. Perales and a 42-year-old man at the residence got into an argument. Perales bludgeoned the man and Alarcon with a crescent wrench.

While unconscious, Alarcon was fatally stabbed with an ornamental samurai sword. The man was stabbed several times but survived. Deputies discovered Perales hiding between the houses. In November 2017, he was sentenced to 45 years to life in prison.[9] 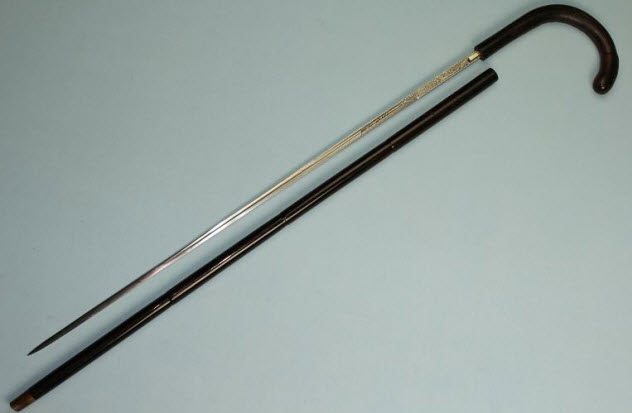 Thomas Brock may hallucinate about the Illuminati, invisible demons, and Nazi human replication experiments, but three psychiatrists testified that he was “sane” when he slaughtered a man with a cane sword in 2012. The incident occurred outside Northeast Austin’s EZ Pawn shop.

Brock, 37, pleaded guilty to first-degree murder for the slaying of Luis Hernandez Vigil. Brock’s attorney, Kellie Bailey, painted a picture of a damaged individual who had been wrestling with mental illness since childhood. She explained that Brock was sexually abused by three stepfathers and asked for leniency.

In 1999, Brock had been sentenced to five years for attempted murder in Harris County. In 2009, he was back in prison for assault leading to bodily harm. In the attempted murder case, Brock attacked his stepfather with a samurai sword. In January 2014, Brock was sentenced to 45 years for the cane sword killing. There is no known motive for the murder.[10]

A leading authority on occult music, Geordie McElroy hunts spell songs and incantations for the Smithsonian and private collectors. Dubbed the “Indiana Jones of ethnomusicology” by TimeOutLA, he is also frontman of Blackwater Jukebox.