Some predatory insects are famous and fairly straightforward. Everyone knows about hornets and mantids, which will kill and eat almost anything that crosses their path. Some arthropods, however, have evolved ultra-specific diets or lifestyles as well as unusual hunting techniques to match. 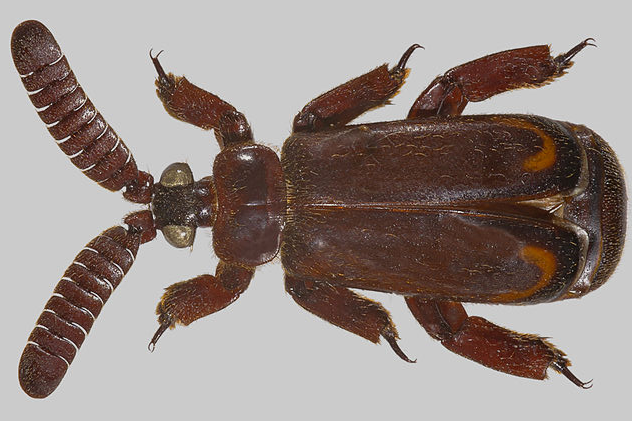 The subfamily Paussinae (adult example pictured above) is an unusual, seldom-seen group of tiny bombardier beetles that usually live within the nests of ants, preying on both their adults and young. The larvae of these beetles are distinguished by a terminal disk, a branching, saucer-shaped array on the end of their tails.

In many species, the terminal disk secretes an attractive odor and clamps shut on unwary insects like a second set of jaws. Other species simply bury themselves headfirst and plug their burrow with the disk, which will act as a sort of trigger panel. Ants that tread on the sensitive tail are attacked.

The larvae of the tiny Brachyspectra fulva beetles are similar in a few ways to those of the Paussinae in that they also lie in wait to attack with their tails. In this case, the entire larval beetle is as flat as a throw rug and possesses a single, sharp spike on its rear, like a thick nail.

These creatures seem to feed primarily on spiders, and like the Paussinae, they secrete a chemical that attracts their prey. The spider is lured directly on top of the flattened, camouflaged creature, only to find nothing that looks like prey. The spider is quickly caught between the larva’s jaws and tail. It’s like a cartoon character standing on the giant, red letter “X,” oblivious to an obvious trap. 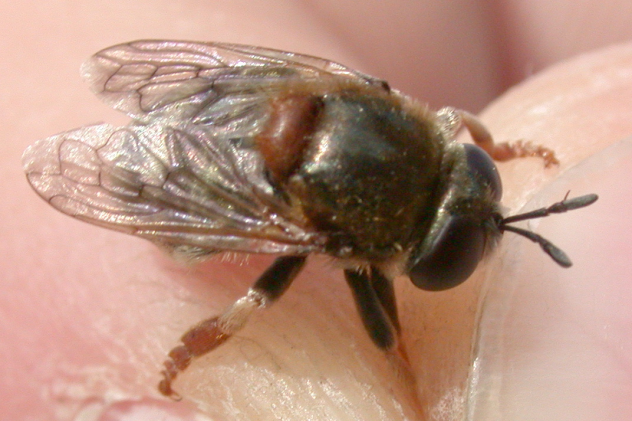 The larvae of Microdon mutabilis fly (adult pictured above) are so unusual-looking that they were once mistaken for a species of slug. They’re shaped like a smooth, flattened dome with a thick, rubbery surface.

The maggot lives for up to two years in ant colonies, feeding on ant eggs and larvae. The ants, for the most part, don’t even seem to notice, and it’s likely that the maggot smells like just another part of the colony. Even if an ant does become suspicious, it will have a difficult time getting its jaws around or even under the invader’s smooth body and tight, sucker-like underside. 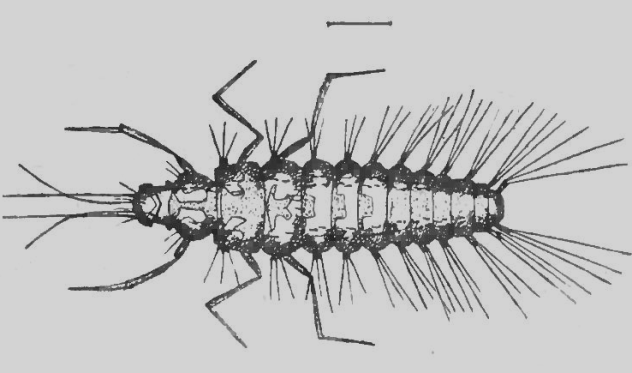 You may have seen or heard of antlions, insects famous for building pitfall traps in sandy soil. They have cousins in the order Sisyridae, or spongillaflies, which couldn’t be odder.

These insects spend their larval stage underwater and are technically carnivorous, though the animals they eat are defenseless freshwater sponges. With long, thin mouth parts, the young spongilla penetrates the “skeleton” of the sponge and sucks out the fluids. Few people even realize that freshwater sponges exist at all, let alone the fact that there’s an insect specifically devoted to devouring them.

Only a few species of caterpillar are purely carnivorous, and most of them live in Hawaii. The strangest of all is a species that preys exclusively on tiny snails through a multistep method.

The caterpillar carries around a tough case that it crafts from silk, like a common bagworm. When it encounters a snail, it lodges this bag under the rim of the victim’s shell and then uses silk to pin the snail in place, leaving it unable to either flee or retreat into its shell. 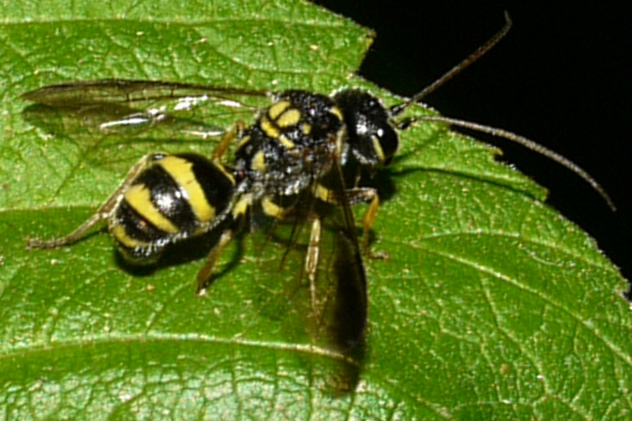 You’ve probably heard of parasitic wasps. They lay their eggs in another insect, the eggs hatch, and the larvae eat the insect from within. A group called the trigonalids, however, takes things one step further.

Instead of injecting a few eggs into a host caterpillar, the mother trigonalid implants up to 10,000 eggs on the edges of leaves, where caterpillars are likely to swallow them. This ups the chances that at least a few of her eggs will find their way into caterpillars already infested by the larvae of other parasitic wasps, which become prey for the trigonalid larvae. That might sound like a helpful service to the caterpillar, but unfortunately, the trigonalids will still have to eat their way out.

If you like to read about bizarre insects, you may have heard of tiny flies that develop parasitically in the heads of fire ants and eventually cause the host’s entire head to drop off. They also have a close relative that takes this to a more violent extreme.

The female flies of the genus Dohrniphora aren’t content to wait through a parasitic stage. They search for ants that are already injured, trapped, sick, or dying. Armed with a serrated blade on her abdomen, a female will hack and saw at the still-living ant’s neck until its head is severed. The fly drags the head away and lays her eggs inside it.

Fairy wasps, also called fairyflies, are the tiniest insects and one of the tiniest multicellular animals ever documented. They’re sometimes smaller than a single-celled amoeba. You could breathe in a cloud of these wasps and never even know it, as they’re smaller than most of the dust and pollen you breathe in every day.

Their name sounds sweet and whimsical, but these invisible “fairies” are, like so many other wasps, parasitoids. They lay their eggs within the eggs of aquatic insects. Amazingly, they use their microscopic wings both for flying and paddling underwater.

Under normal circumstances, burying beetles (aka “grave digger beetles”) feed on the corpses of small animals, burying them completely underground as food for their larvae. At least one species, however, has developed an even more morbid brooding strategy. As far as insect bragging rights go, not many things could sound more impressive than “snake embryo parasitoid.”

Nicrophorus pustulatus will resort to corpses if need be, but given the choice, it always prefers to lay its eggs in the nest of a snake. When the larvae hatch, they chew their way through the soft, leathery shells of the snake eggs and spend several days consuming the embryonic serpents and their yolks, exactly as they would the innards of a dead bird or rodent. This makes the beetle the only known insect to behave as a brood parasite—a nest thief—to a vertebrate. The mother snake will never even notice that some of her eggs are hatching into small, inconspicuous black beetles instead of reptiles.

There are predatory insects that include vertebrates in their diet, and there are insects that lethally parasitize vertebrates, but the two known beetle species of the genus Epomis remain the only known insects that strictly specialize in hunting and killing a vertebrate. The behavior of these beetles was extensively researched by entomologist Gil Wizen, who spent four years experimenting with the insects before publishing the definitive paper on these ferocious and insidious little creatures.

As larvae, the beetles seem to prey solely on frogs and take full advantage of the fact that beetle grubs are a staple of the amphibian diet. In the presence of a frog, the insect will neither flee nor approach, but it will enticingly wag its antennae to draw the frog the closer. Once its victim is in range, the grub will swing itself around and stab its hooked mandibles into the frog’s soft throat. It will be almost impossible for the amphibian to dislodge as it begins to chew its way inside.

Wizen even observed some cases in which a frog successfully swallowed an Epomis larva, only for the insect to continue its attack from within. The frog would inevitably spit the meal back up and succumb to further attack from the fanged worm.

As adult beetles, Epomis are more opportunistic predators and will hunt a variety of small prey, but they still employ special battle tactics when they encounter a frog or toad, dodging the amphibian’s hungry mouth, clambering up onto its back, and biting into the spinal cord. Either stage of the beetles’ life cycle spells a nasty end for Kermit, but fair’s fair, considering how many hapless insects disappear down those little green throats.

Jonathan Wojcik is the author and artist behind bogleech.com.