Patricide or matricide, the act of murdering one’s father or mother, has long been condemned and abhorred by society. Various punishments, such as execution or lightning strikes from the gods, have served as deterrents for potential offenders. Even though it is much less common than plain old murder, many children have tragically killed their parents over the years.

CNN: Stacey Lannert on moment she shot her father

Stacey Lannert, one of the few females to kill a parent, was 18 when she shot and killed her father, Thomas Lannert. When she was younger, she was a daddy’s girl, especially close to her father whom she felt “was like Superman.”

However, Thomas was physically abusive toward his other daughter, Christy. He often kicked her down the stairs of their home and constantly beat her. When Stacey turned eight, he turned his attention toward her, forcing her to perform sex acts on him.

After a decade of this torture, Stacey had had enough. One night, when her father was passed out drunk on the couch, she grabbed his rifle and shot him. Since she performed the act with her eyes closed, the bullet actually hit his shoulder.

This caused Thomas to wake up, calling out for help. But Stacey ignored his pleas, shooting him once more and killing him. She confessed to the murder and was sentenced to life in prison. In 2009, her sentence was commuted to time served by the state’s governor. In total, she served 18 years.

The prosecutor of the case believes that her release was a mistake. He feels that she lied about the abuse and actually killed her father for a $500,000 inheritance that she received after his death.

Larry Swartz, the subject of a best-selling book and a made-for-TV movie, was an adopted child with an extremely tough upbringing. Abandoned shortly after birth by his real parents, he bounced between foster homes and was often subjected to physical abuse.

His last foster home was that of Robert and Kathryn Swartz, a deeply religious and strict couple. Tensions ran high in the Swartz household because of the conflict between their views and the problems that Larry and his two adopted brothers had.

In 1984, those tensions came to a head when 17-year-old Larry called police to report that Robert and Kathryn had been beaten and stabbed to death. At first, Larry blamed the murders on his brother Michael, who was known to have mental problems, but Larry was quickly found to be the true killer, thanks to a bloody trail and handprint. Faced with the obvious physical evidence, he pled guilty to second-degree murder and was sentenced to 20 years in prison. Eight of those years were suspended.

Perhaps not surprisingly, Michael Swartz was later convicted of a separate murder. In 1991, he stabbed a man to death during a robbery.

Daniel Bartlam, 14, was inspired by a plotline from the British soap opera Coronation Street to brutally kill his mother with a hammer. After slaughtering her, he doused her bedroom with gasoline and burnt the house to the ground.

When police questioned him, Daniel initially told them that his mother had been killed by an intruder, but he quickly changed his story when it became obvious that he was the murderer. He claimed that they had argued and he had lost control.

But detectives uncovered some ominous evidence; on Daniel’s computer, they recovered a deleted story in which a character named Daniel Bartlam murders his mother in much the same way—killing her with a hammer and hiding her body at the scene of a tram accident.

All of that evidence was enough to get a jury to unanimously convict Daniel of murder. He was sentenced to life in prison with a minimum of 16 years.

I Shot My Parents

Greg Ousley’s parents weren’t physically abusive, but his father was an alcoholic and his mother was prone to directing emotional outbursts at her children.

Greg’s parents weren’t good at expressing their love for him, and he quietly raged at their lack of affection. He grew increasingly angry after catching his mother kissing his father’s best friend.

In addition, when he complained to them about his fearful thoughts of murder and suicide, his mother simply walked away. She claimed that he had been “watching too many movies.” Feeling that things would never change, Greg decided to kill his parents, seemingly the only way out for a severely depressed young man.

On the night of February 27, 1993, 14-year-old Greg took his father’s shotgun and shot him in the head, killing him. Then Greg followed his mother, who was running for the phone, and shot her twice. Greg then drove to a friend’s house and confessed everything.

He returned to his own home and called the police, but having given no forethought to his story, he claimed that he had been out of the house all day and had just stumbled onto the crime scene.

The story blew up in Greg’s face when his friend told the investigators what Greg had told him. Tried as an adult, Greg pled guilty but mentally ill. He was sentenced to 60 years in prison. 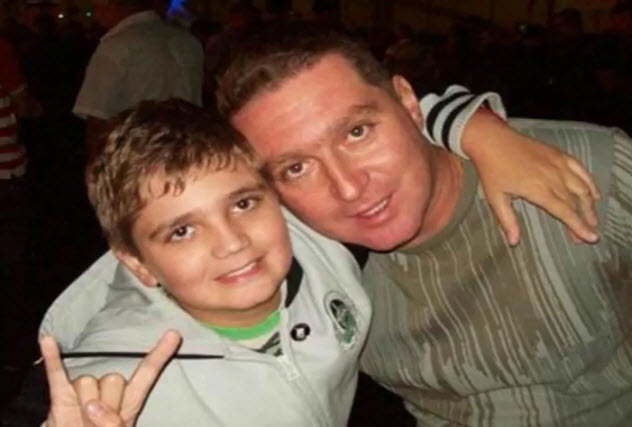 Marcelo Pesseghini, a 13-year-old Brazilian boy, killed his parents, his grandmother, his great-aunt, and himself. Supposedly, he was inspired by the true 1974 murders in New York which formed the basis of the maybe not-so-true book and movie The Amityville Horror.

On the night of August 4, 2013, Marcelo calmly walked through his house with his policeman father’s pistol, killing each of his family members. The next day, he drove his mother’s car to school with the murder weapon and a second gun in his backpack, illustrating that youth gun crime is not just an American problem.

When Marcelo returned home to the crime scene, he committed suicide. A friend told police that Marcelo had wanted to become a professional hit man. Marcelo had also uploaded references to the Amityville killings to social media sites before he killed his family. Other theories emerged over time suggesting that corrupt police or members of organized crime were actually responsible for the killings.

In 1996, 17-year-old Robert and 14-year-old Jeffrey Dingman were two unassuming teenage brothers who decided to shoot their parents to death in their home. Annoyed by their parents’ rules and upset at the constant yelling, the two brothers talked for months, trying to decide how to commit the crime.

They considered methods like poisoning and drowning but finally settled on shooting their parents. Jeffrey took the first shots, badly wounding both his mother and father. Then Robert finished them off, taunting them before he actually killed them.

The boys placed their parents’ bodies in garbage bags, which they hid in the attic and the basement. The brothers partied with friends that weekend, saying that their parents had gone on a spur-of-the-moment vacation.

Coworkers of the murdered couple called police when the two adults failed to show up for work. Although the evidence was overwhelming, prosecutors struck a deal with Jeffrey to testify against his brother. Jeffrey was sentenced to 30 years in prison, and Robert received a life sentence.

In 2001, 12-year-old Alex and 13-year-old Derek King beat their father to death and then set fire to their house to cover it up. There didn’t appear to be any specific motive for the crime, although they did live in a house without power and seemed to have a distant relationship with their father.

To fill the emotional hole in their lives, the boys turned to 41-year-old Ricky Chavis, a family friend and convicted child molester. Chavis’ place became a home away from home for the boys, who hid there whenever their father came looking.

In a move familiar to those who watched the Netflix series Making a Murderer, the prosecutors argued that the boys were the killers at their trial and that Chavis was the killer at his trial.

Ultimately, Chavis was acquitted. The two boys were originally convicted of second-degree murder but a sympathetic judge threw out the convictions and accepted guilty pleas to third-degree murder and arson. Thanks to their pleas as well as enormous public outcry, Derek was released after only seven years and Alex after only six. 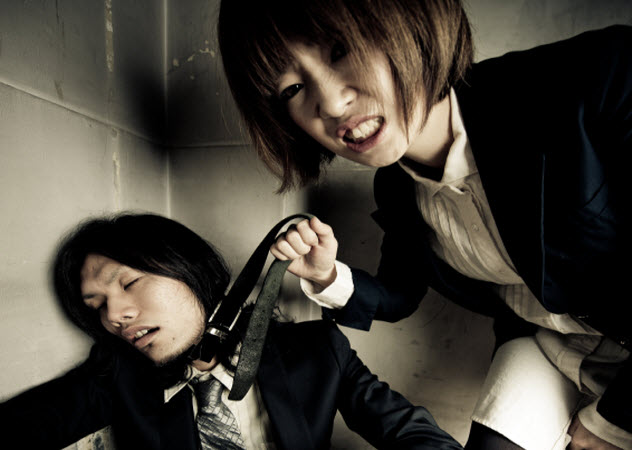 The trial of Chiyo Aizawa is a historic case in Japan because it spurred the Supreme Court of Japan to change the laws on patricide and matricide. It was the first time that they had ever declared a legislative act unconstitutional.

Physically and sexually abused for nearly her entire life, Chiyo Aizawa had even given birth to five children with her father. When she fell in love with a friend and wished to marry him, her father locked her in the house, refusing to allow her to leave. Aizawa saw no way out and strangled her father to death in 1968. Filial piety, a Confucian philosophic virtue of respect for one’s parents, played a large role in patricide being considered more heinous than the murder of a stranger.

Convicted and sentenced to death, Aizawa took the case all the way to the Supreme Court, which eventually decided that the law was unconstitutional. She was sentenced to 2.5 years of hard labor.

THE MURDERS OF DIANE AND ALAN JOHNSON

In 2003, Alan and Diane Johnson were found dead. Both had been shot with a rifle. Their 16-year-old daughter, Sarah, was also at the house, although she was alive. Investigating police found the crucial evidence—a bloody bathrobe and two gloves with DNA inside—in a garbage truck that had almost left the area.

Attention turned to an illegal immigrant named Bruno Santos. Sarah had been seeing Santos, but her parents didn’t approve of him. Although they fully expected Santos to be the killer, the police noticed that Sarah was acting strangely carefree after the murders.

After she changed her story a number of times, the DNA evidence finally came back. It was a match to Sarah. At her trial, prosecutors claimed that Sarah wanted to be with Santos and she wasn’t going to let her parents get in the way. In fact, only a few days before the murders, Alan Johnson had threatened to turn Santos into the police for having sex with a minor. Sarah was convicted of both murders and received two life sentences without parole. A number of appeals have failed to overturn the convictions.

Marie Robards, a great student and a seemingly loving daughter, was the last person anyone would suspect of murder. When her father died in 1993, the autopsy found nothing out of the ordinary, leading authorities to believe that he had died of natural causes.

If not for the guilt which overcame her, the 16-year-old would have gotten away with what the prosecutor called “the perfect crime.” Marie had committed the act by stealing barium acetate (a chemical used to set dyes and stains) and lacing her father’s food with it. Since the equipment to detect the poison is prohibitively expensive, authorities missed it.

Marie eventually confessed to one of her friends while the two of them were reading Shakespeare’s Hamlet. During Claudius’s soliloquy, Marie told her friend everything and swore the girl to secrecy.

But the girl turned to the police, who ordered the test and arrested Marie after the results came back. When asked by police why she had killed her father, Marie calmly explained that she had wanted to live with her mother, who was divorced from her father.

In her mind, killing him was the only way out though she claimed that her intention was merely to make him sick. In the end, she was sentenced to 28 years in prison with a mandatory sentence of seven years.