Throughout the course of human history, criminals have been made to pay for their crimes in one form or another. Countless souls have been lost at the hands of criminals, who in turn lost their lives after judgment was rendered upon them by their peers. The rallying cry behind many executions is to assuage a sense of wrongdoing and provide justice to those who were harmed.

SEE ALSO: 10 Executioners Who Met Their Own Dark Ends

While the argument will no doubt continue for decades, if not centuries, about the moral standing of executions, there are those who the vast majority would argue deserved execution. The following individuals undoubtedly earned their execution, as well as a place on this list of Top 10 modern executions. 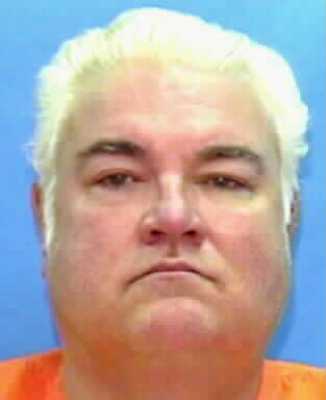 In the minds of many there is no greater crime than one perpetrated against a child. Allen Lee Davis was sentenced to death for the murder of a pregnant woman and her two children, ages 5 and 9. Davis was executed using an electric chair by the state of Florida. That he committed a crime against a pregnant woman is bad enough; that he also took the life of her unborn child and then her two living children makes his execution all the more reasonable. 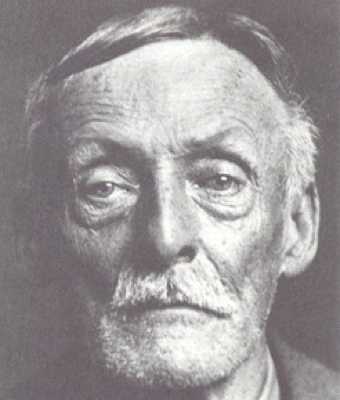 Like Davis, Fish committed his crimes against children. Unlike Davis, Fish’s crimes were greater in number and more gruesome in detail. Fish was a serial child molester and murderer who even cannibalized five of his victims. He was only proved to have cannibalized five of his child victims, but he claimed as many as 100 of his victims had met a similar fate. There was little argument at the time regarding his execution, and there would likely be little argument today. Fish was executed in the electric chair. 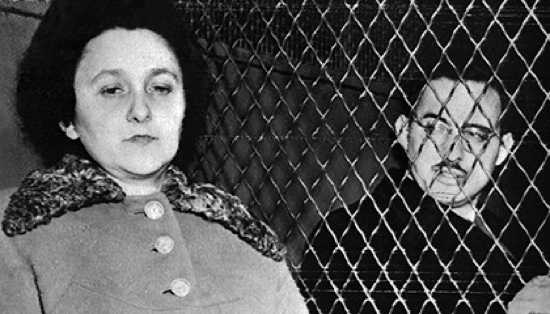 The end of World War II launched the beginning of the Cold War. A time period dominated by the U.S. and its Western allies facing off against the Soviet Union and its allies, the Cold War was brought home by the Red Scare. Americans feared an influx of Soviet spies in the U.S. and there was public outcry to identify and punish those responsible for espionage against the U.S. Julius and Ethel Rosenberg were the highest profile individuals to have been convicted and executed for selling nuclear secrets to the Soviet Union. The couple both met their end in an electric chair. 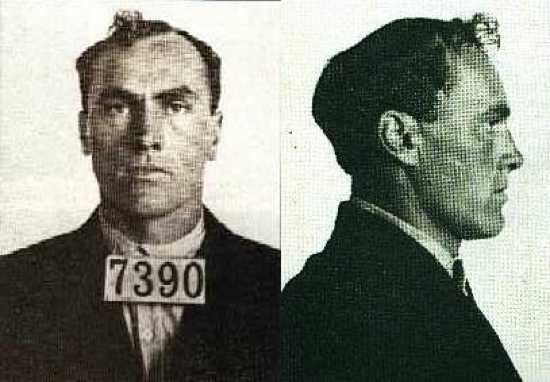 Panzram is another example of the brutality of one human being and the scope of devastation they can cause. He admitted, in his last words in fact, to having murdered 21 human beings in addition to committing countless other crimes such as arson, burglary, and larceny. Most chilling was his claim that he sodomized some 1,000 male human beings. Panzram was not only boastful of his crimes, he also showed no remorse. He taunted his executioners as they prepared to hang him in Leavenworth, Kansas, telling his executioner to “Hurry up your Hoosier bastard, I could kill ten men while you’re fooling around!” 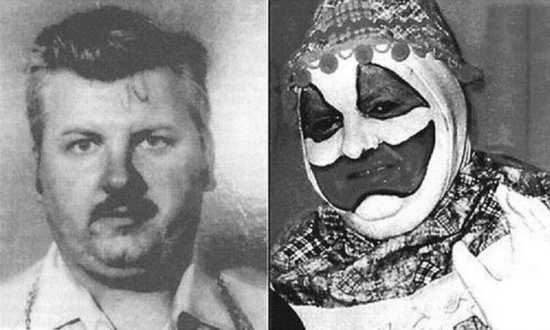 Gacy is a particularly chilling example of a sadistic individual. Gacy was convicted of the murder and rape of 33 boys and young men between 1972 and 1978, burying 28 of his victims in his home’s crawl space and disposing of the rest across his property and a nearby river. Known as the “Killer Clown,” Gacy would perform charitable acts in his community dressed as Pogo the Clown. Gacy was executed by lethal injection in Illinois, telling his executioners in his final words to “Kiss my ass!” 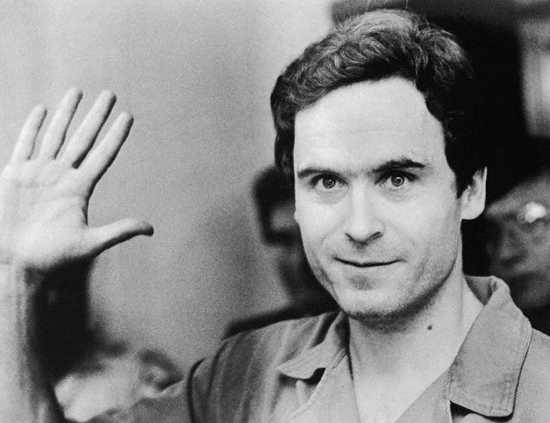 Bundy is yet another example of an American serial killer who created a media firestorm with his crimes. Throughout the 1970s Bundy stalked, kidnapped, raped, and murdered countless women. He was convicted and admitted to the killings of 30 women, but that figure is widely regarded as a low estimate. Bundy’s crimes are brutal enough to make anyone’s skin crawl. Not only did he murder and rape his victims, some were beheaded while he would also return to sexually assault the undiscovered bodies of recent victims even after their death. Bundy was executed in the electric chair in Florida. 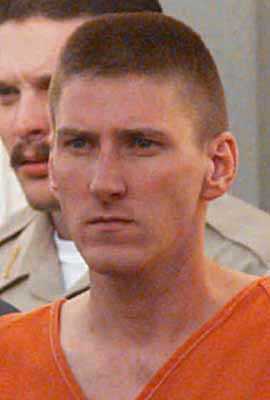 One of the most disturbing acts of terrorism to strike the United States was conceived and carried out by McVeigh in 1995. McVeigh detonated a truck laden with explosives in front of the Alfred P. Murrah Federal Building in Oklahoma City, Oklahoma. The blast blew an entire face off the building, took 168 lives, and injured as many as 800 people. Public outcry against McVeigh was cemented in the knowledge that his bomb took the lives of children in a daycare center housed within the building. McVeigh was executed by lethal injection in Indiana. 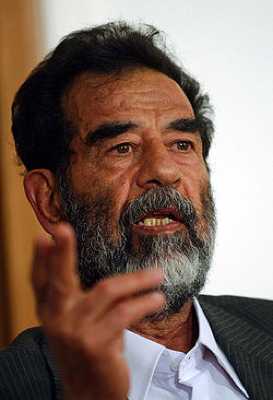 Saddam Hussein was widely known by the nickname “The Butcher of Baghdad.” Hussein’s crimes are almost too great to list. In addition to covert killings of political opponents, Hussein used his military forces and chemical weapons against his fellow Iraqis to keep them from rising up against him. Hussein was toppled from power in 2003 when the United States invaded Iraq to depose the dictator. After being captured by American forces in late 2003, Hussein was tried by a court established by the Iraqi interim government and hanged specifically for the death of 148 Shi’ite Iraqis in 1982. He was executed on 30 December 2006. 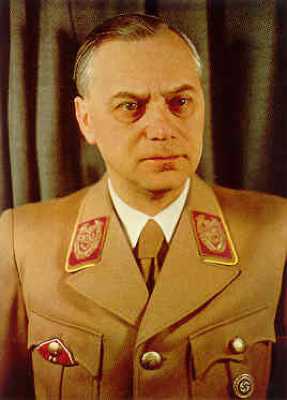 The Nazi Party that ruled Germany from 1933 to 1945 was responsible for spawning more heinous criminals and disturbing crimes than some civilizations produced over centuries. In addition to countless politically motivated killings, aggressive military actions that led to World War II, and experimental procedures on the unwilling, the Nazis systematically murdered six million Jewish citizens across Europe. Alfred Rosenberg is widely regarded as the architect behind many Nazi policies and ideologies, including the anti-Semitic beliefs that led to the extermination of six million Jews. Rosenberg was convicted at Nuremburg after the war and hanged on 16 October 1946. 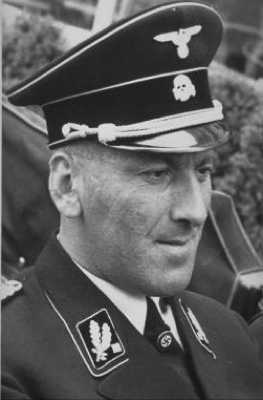 Kaltenbrunner was the highest ranking Nazi official captured, tried, and sentenced to death following World War II. Kaltenbrunner held many positions within the Nazi Party, most famously serving as a general with the SS. Due to his position of power, Kaltenbrunner was believed to have the direct knowledge of the murder of civilians in occupied zones, assassination of captured U.S. and British airmen, and the workings of the concentration camps that exterminated Jewish captives. Few people can be linked to the death of six million people in the manner Kaltenbrunner can.

Crimes fall into many categories and few of them are widely considered to warrant execution for the perpetrator. While the role of capital punishment in society will continue to spark debate, these cases remain as an example of individuals who deserved the end they met through a life of heinous actions against innocent fellow human beings.