Taking advertisements with a grain of salt is definitely a good practice. However, for some, the dashed promises and deceit are just too much to bear. Dreams are broken, lofty expectations are shattered, and lawsuits are filed.

Some companies spend years in court and are forced to pay millions to compensate those they’ve wronged. Despite the trickery, many remain successful and vehemently deny any wrongdoing. But try selling that BS to a sad consumer who thought their waist would get slimmer and their genitalia would grow. 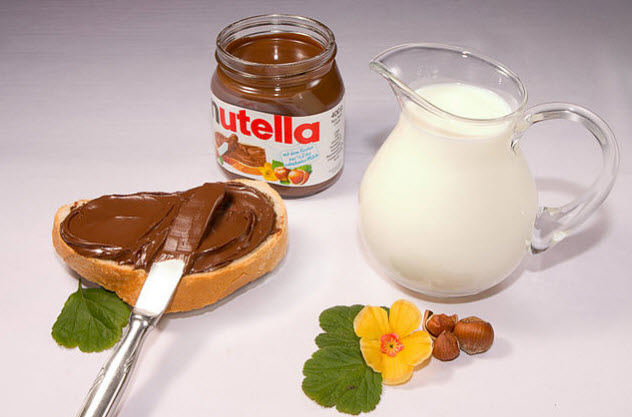 It’s nutty, chocolaty, and downright delicious. Nutella takes basic foods and dresses them up in new, delicious forms. However, the hazelnut spread came under fire in 2012 for spreading some seriously false information to its consumers.

In its ads, the company claimed that Nutella was a healthy breakfast option for kids and had various nutritional benefits, which was quite the opposite of the information printed on the product label. Nutella actually contains over 20 grams of sugar and 11 grams of fat per serving.

A California mother sued Nutella, stating that she felt misled by the company and had been serving the sugary tidbit to her child without realizing its unhealthy ingredients. Apparently, rather than simply reading the nutritional label, she decided to put all her faith in the company’s advertisements, a decision that ended up costing Nutella over $3 million.

In addition, the company was ordered to reimburse individual consumers who had purchased jars of the product between 2008 and 2012. Nutella has since changed their ads and is now listing the sugar content on the front of the jar in an effort to be more transparent. 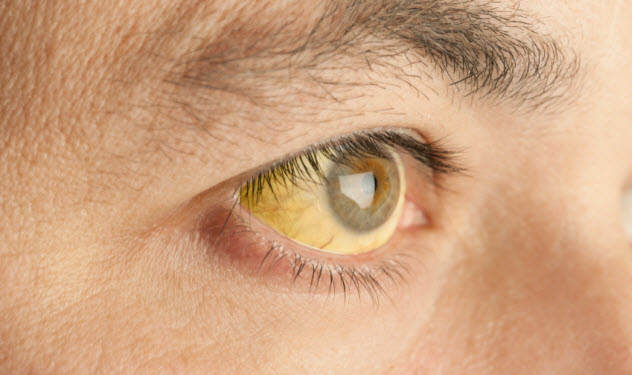 Who isn’t interested in a little pill that can magically cure, alter, or fix our physical displeasure just like that? One product (of many thousands) that promised such a quick fix was Hydroxycut, a weight loss supplement that boasts a safe and easy way to lose those extra pounds.

Unfortunately for many consumers, it proved to be dangerous. In the early 2000s, several lawsuits were filed against the company for the health side effects caused by ephedra, one of Hydroxycut’s major ingredients that was banned by the FDA in 2004. It was discovered that many who had ingested Hydroxycut began suffering seizure-like symptoms.

The company’s legal woes did not end there. In 2009, several more cases were brought to court about the serious health dangers of consuming Hydroxycut. In fact, the FDA went so far as to issue a statement urging consumers to stop taking the weight loss product immediately.

Over 20 reports were filed about major health risks associated with the supplement, including jaundice, elevated liver enzymes, and even a death due to liver failure. The FDA ordered a recall of all Hydroxycut products in 2009. In the end, the supplement company agreed to pay a $25.3 million settlement. 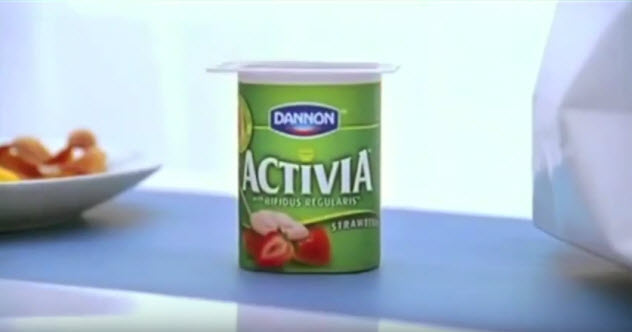 We all know the yogurt ads featuring a salt-and-pepper–haired Jamie Lee Curtis telling us about her stupendous regularity thanks to Activia. But what is less known, perhaps, are the legal snafus that this brand has endured.

Dannon, the multinational food products corporation that makes Activia, was accused of making false scientific claims about the benefits of its product in 2008. The company used words like “clinically” and “scientifically” in its advertising campaigns, a marketing choice that ended in serious financial woes.

Dannon was forced to pay $35 million to consumers and change its ads. The financial hit was particularly hard because the company had spent upward of $100 million in advertising to plug the product’s many health benefits to consumers.

In addition, Dannon went so far as to charge customers 30 percent more for the “scientifically proven, healthy” probiotic yogurt. Although Dannon settled in the end, the company refused to admit any wrongdoing and said that they settled merely to avoid further litigation costs.

Airborne is a popular herbal vitamin tablet that lured customers with its promise to prevent cold-like symptoms and to help them dodge flu bugs that are all too present in classrooms, offices, airplanes, etc. However, the problem was that this medical “research” was not really research at all. Rather, these claims were taken on the word of the product’s creator—a second-grade teacher.

When the case about the supposed benefits of Airborne was brought to court, the court-appointed researchers came forth with findings that showed the tablets were nothing more than a mixture of minerals, vitamins, and herbs. Soon after these findings were publicized by the media, Airborne began toning down its ads and changing the language on its packaging to “immune boosting” rather than preventative.

When the company claimed that its product was able to prevent sickness, it did so without medical or scientific trials. Instead, it hired two people to conduct one trial just for Airborne. In the end, Airborne was forced to pay over $23 million to settle the lawsuit. 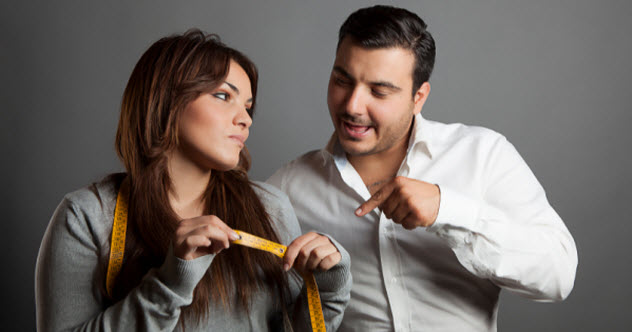 The name really says it all. This product is meant to stretch whatever it’s focused on, and in this instance, the focus is on the male member. ExtenZe, an herbal enhancement supplement, promised its male customers that it could lengthen their penises.

Unfortunately for consumers, this penis pledge was broken. The product is not able to change the anatomy of its user, and as a result, the maker of ExtenZe was hit with a lawsuit.

The company was sued for false advertising and forced to pay $6 million in fines. Jimmy Johnson, its previous celebrity endorser and former coach of the Dallas Cowboys, is now more commonly known for lying to customers about his “enlarged” privates.

These days, people can still purchase ExtenZe, but the company has really scaled back on its performance promises. However, the realm of male enhancement products is alive and well, raking in billions of dollars each year. 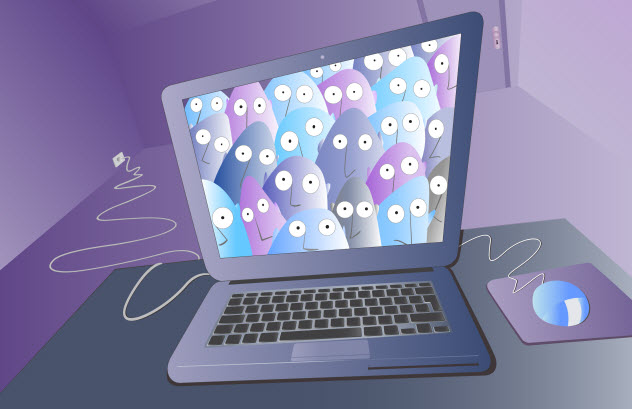 Some of us graduate from high school and never look back, but there are many who want to revisit the golden years and reconnect with old chums from days past. This is exactly what Classmates.com was betting on when they launched a start-up that focused on finding old classmates from kindergarten through college.

This network saw more than one lawsuit over the years, but one of the most notable concerned the rather cruel practice of preying on the lonely subscriber who was fed false promises of profile views. In 2008, a class action lawsuit was brought against Classmates.com for luring people into paid subscriptions by telling them that former classmates were searching for them specifically via the platform.

In order for users to reconnect with these old friends, they had to pony up $15 for the premium version. In the end, Classmates.com agreed to pay $9.5 million to users, although it denied any wrongdoing.

It’s unethical to promise things that one cannot possibly deliver—like stating that a product will give you “wings” and the ability to “fly.” Not cool. Red Bull, the massively popular energy drink, did just that according to its accusers.

In 2014, Red Bull agreed to pay a $13 million settlement following a lawsuit that alleged that the drink claimed to “give you wings.” Okay, so no one was really taking the flying bit literally. However, the campaign slogan by the company strongly suggested that drinking a can of Red Bull would give the consumer more energy, heightened mental clarity, and increased concentration.

When no clinical evidence was provided to support these claims, customers went berserk and demanded that Red Bull pay up. The corporation was ordered to reimburse its buyers as far back as 2002. No proof was necessary that those claiming refunds had actually bought Red Bull. It was merely a vow of honesty.

Gas mileage and low emissions are two very important factors on the minds of car purchasers today. So when a customer pays a pretty penny for their new hybrid, they certainly expect to get what they’ve been promised.

For Hyundai and Kia, their promises cost them a whopping $100 million. The United States and the California Air Resources Board went after the corporations for advertising favorable results rather than average results about their vehicles’ gas mileage.

Hyundai was forced to pay $58.6 million of the total, and Kia paid the remainder. The EPA also forced the brands to forfeit their greenhouse gas emissions credits, which were worth approximately $200 million. Due to their false advertising about mileage, the car companies were actually responsible for putting 4.75 million more metric tons of greenhouse gases into the atmosphere than initially believed.

If only footwear could make you more fit and toned simply by walking in it. Skechers attempted to accomplish this feat by designing a shoe that turned out to be essentially a wobbly platform on which to balance your weight. The company promised that these “toning” shoes could get their wearers into better physical shape by toning their abs and butts, by helping them lose weight, and by strengthening their muscles.

Skechers further deceived its customers by taking the health “benefits” claims a step further and stating that the shoes could even help improve cardiovascular health. With heart disease one of the leading killers in the US, the Federal Trade Commission didn’t look too kindly on the company.

Skechers also enlisted the help of some well-known celebrities in selling their lies—like Brooke Burke and Kim Kardashian. In one ad featuring Burke, the former model and TV personality stated that “the newest way to burn calories and tone and strengthen muscles was to tie their Shape-ups’ shoelaces.” In the end, the company was forced to pay $40 million for their overhyped claims.

Ironically, when Volkswagen ran their ads about clean diesel, the car manufacturer was up to some pretty dirty business. To pass government testing for clean emissions, VW used illegal emission defeat devices to fool their testers. Between 2008 and late 2015, VW sold more than 550,000 cars that were falsely named “clean diesel” vehicles. Each car cost approximately $28,000 at the low end and around $125,000 for the Audi models.

The rigged vehicles had drivers thinking that they were lessening the detrimental impact of carbon emissions on the environment when the automobiles were actually emitting 40 times more nitrogen oxide than the allowed level. The US and European authorities have initiated criminal probes into Volkswagen.

Although no amount has been settled on, VW has set aside around $18 billion to cover the legal fees. Despite having legal trouble in the past in regard to duping investors, this manufacturer has clearly not learned its lesson.

Lee is a freelance writer with an inquiring mind.