Some people dream of finding fascinating treasures and long-lost relics that reveal hidden secrets of the past. They may even go to great lengths to locate these treasures, traveling the world or using elaborate archaeological equipment to search through ancient settlements. Sometimes, though, the most fascinating objects can be found in our very homes, hidden for decades or centuries under the very floorboards we walk on every day. 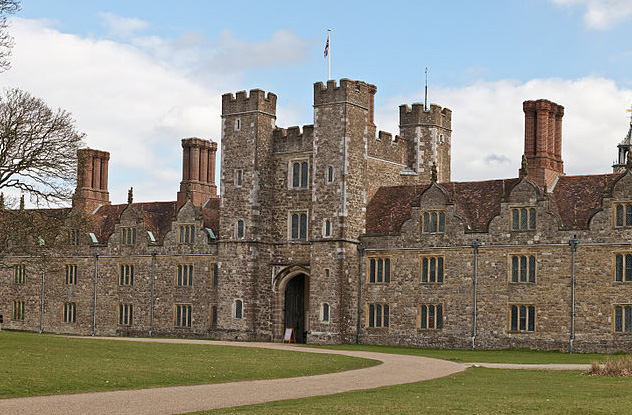 King James I, who was king of England and Scotland, had such a strong interest in witchcraft that he passed a harsh law making certain acts of witchcraft punishable by death. Partially due to the king’s intense interest, witchcraft was near the height of its fame around the beginning of the 17th century. In 2014, an archaeological survey at the historic Knole House in southeast England discovered a relic deeply related to King James and witchcraft: secret carvings etched into the wood below the home’s floorboards.

The carvings were witchmarks, which were used to deter evil and prevent demonic possession. Researchers believe the marks were specifically made to protect King James during a proposed visit to the house in 1606. Analysis of the floorboards’ tree rings helped support this hypothesis by accurately dating the marks to that very year. Though the king never ultimately visited the house, witchmarks were nonetheless carefully placed in the bedchamber where the king would have slept, with some of the marks specifically arranged to trap demons under the fireplace. The demon trap was made because fireplaces, windows, and doors were considered particular weak spots against witches and demons.

9The Secret Staircase To A Mad Woman’s Attic 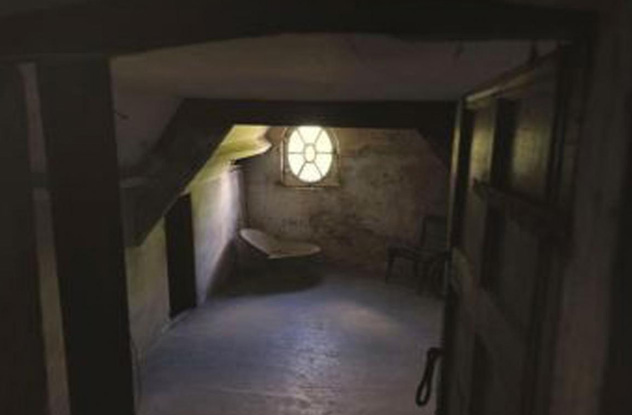 When author Charlotte Bronte visited the Norton Conyers home of North Yorkshire in 1839, she heard legends of an insane woman named Mad Mary who was kept secluded in a remote attic in the house. Charlotte was so intrigued by the tales that her novel Jane Eyre featured a very similar house, with its own mad woman and attic. The location of the real staircase leading to that secluded attic was lost over time—until 2004, when homeowners finally rediscovered it.

The homeowners began tapping on walls and eventually heard a hollow noise in one location. They then searched under the floorboards in the “mad woman’s” attic and discovered a dingy staircase that led to that exact location in the wall. The stairs had apparently been forgotten after they were hidden behind wall paneling during previous home renovations. Though the attic and staircase were now found, the homeowner’s wife described the attic in particular as having a “tragic feeling.” The home is now open for any tourists who want to experience the creepy staircase and attic for themselves.

8Remains Of A Ship From The Royal Navy 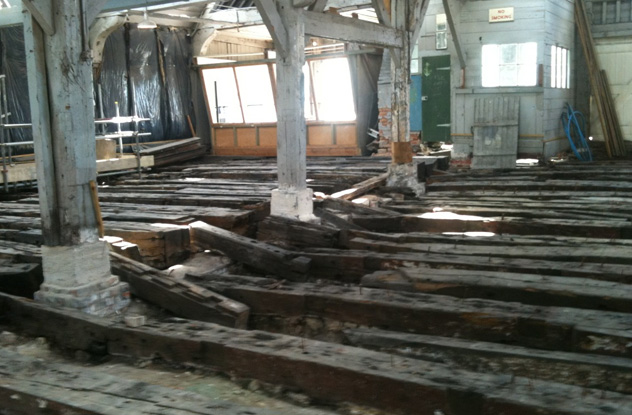 In 1995, workers made a remarkable discovery in Chatham Historic Dockyard of southeast England: There were nearly 200 timbers belonging to an unknown and obviously very old ship under the dockyard’s floorboards. Many years of research couldn’t initially identify the ship, but in 2012, experts announced that the ship’s true identity had been revealed by carpenters’ marks and shipwrights’ initials. It was the HMS Namur, a ship launched in 1756 by the Royal Navy.

The Namur was an important ship that served for nearly 50 years, notably helping Britain during the Seven Years’ War in the mid-1700s. The Namur even served as the flagship in the 1759 Battle of Lagos, a famous victory that significantly weakened France’s chances at invading the British Isles. That victory was one of many during the triumphant “Year of Miracles” that helped Britain rule the seas and maintain its global prominence. Decades after the war finished, the ship’s timbers were used to support the floor of Chatham Historic Dockyard, and they lay forgotten for nearly 200 years. 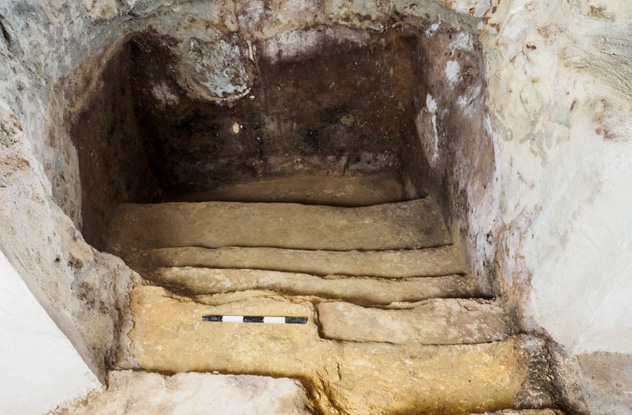 While renovating a home in Jerusalem’s Ein Kerem neighborhood, construction workers made a discovery after their machinery inadvertently sank through a hole in the floor. They discovered an ancient bath of some sort, but the exact nature of the bath wasn’t known to the workers or the home’s family. The homeowners initially decided to hide the bath beneath a trap door in their floorboards, but three years later, the Israeli Antiquities Authority (IAA) confirmed the bath’s origin.

The object was a Jewish ritual bath called a miqwe or mikveh. It was nearly 2,000 years old and carved out of rock and plaster according to Jewish purity laws of the time. Such baths were typically used to purify men or women after events such as eating meat from animals that died naturally. Also discovered with the bath were unique stone vessels and pottery used by the bathers. The entire discovery was especially notable because it provided further physical proof of the Jewish community near Ein Kerem during the first century BC. According to one archaeologist with the IAA, such physical proof has been “sporadic.” 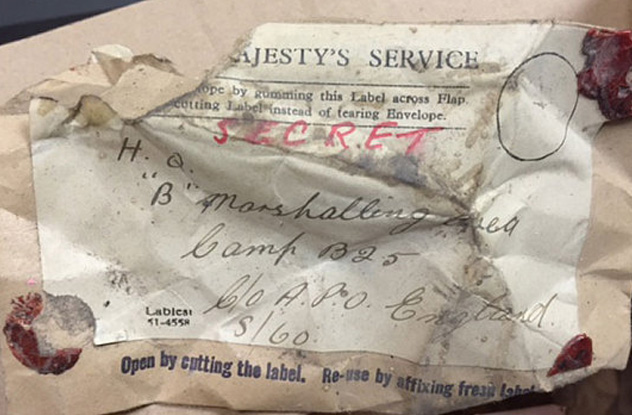 England’s Balmer Lawn Hotel in Brockenhurst, New Forest, was originally built as a private house and hunting lodge in the 1800s. Later, it was used for military purposes, including as an army staff college in World War II. When the building was later converted to a hotel, military documents were inadvertently left behind, and in 2015, a bag of top secret documents was discovered under the hotel floorboards.

The documents discussed a variety of military topics. Some dealt with the day-to-day organization of soldiers, while others included undecipherable code. Some were actually lighthearted invitations for personnel to attend musical variety shows. Perhaps the most notable document was about the famous D-Day invasion of Normandy; the document explained problems regarding phone cables being installed by advancing Allied troops. The hotel owner stated that they’d previously found spent ammunition in the hotel but never realized such valuable documents were right under their feet. The old documents were in rough shape, but the owner anticipated mending them and putting them on display for hotel visitors to read. 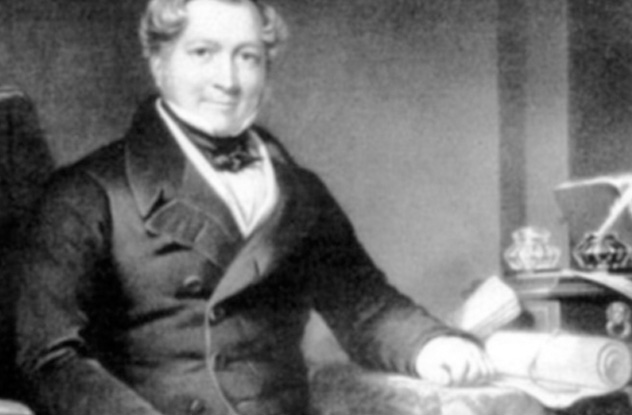 John Heathcoat was an English inventor notable for making improvements to machines that made lace-like materials. In the early 1800s, Heathcoat partnered with a manufacturer in Loughborough to use these improved machines, but their factory held a secret that remained hidden for centuries. In 2006, while renovating the building, a charity discovered the secret: There were small rooms connected by a tunnel hidden beneath the factory floorboards.

The rooms were meant to be used by Heathcoat and acquaintances if workers began rioting. The rooms were small and dingy, described by some as being like dog kennels, but they were important because of the popularity of the Luddite movement around that time. The movement encouraged workers to rebel against the Industrial Revolution and destroy factory machinery that could replace the workers’ jobs. Indeed, in 1816, former Luddites attacked Heathcoat’s factory and completely destroyed over 50 lace frames. Luckily for Heathcoat, he was in another city at the time of the attack, and it thus remains unknown if he ever used the secret rooms. 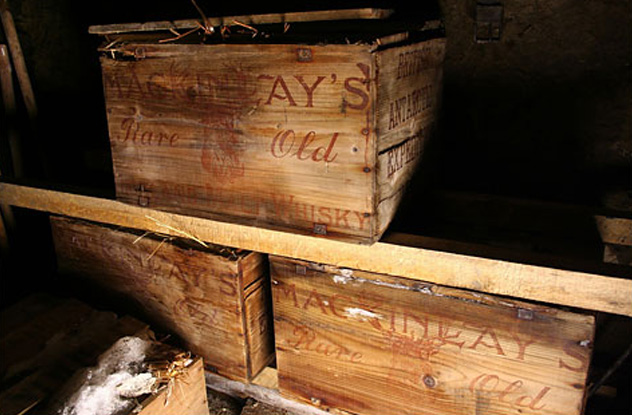 In 2007, several crates of whiskey were discovered under the floorboards of an Antarctic hut formerly used by the famous explorer Sir Ernest Shackleton. The crates, which were securely entombed in the Antarctic ice, were hypothesized to be from Shackleton’s historic failed 1907 expedition to the South Pole. Three years after the discovery of the crates, and after lengthy negotiations with the Antarctic Heritage Trust, researchers finally extracted five cases of the alcohol from the famous hut.

Surprisingly, the whiskey wasn’t spoiled after its 100-year burial. In fact, except for a few broken bottles, the whiskey was incredibly well preserved. Three of these bottles were sent to researchers for a detailed analysis. Taste tests by the researchers revealed that the whisky wasn’t smoky and robust as expected but rather elegant and light. Chemical analysis further revealed that it was a malt (not a grain) whiskey.

After the analysis was complete, the bottles were returned to the Antarctic, but the story doesn’t end there. The company that the researchers worked for used their analysis to create a replica of Shackleton’s whiskey, and that replica is now sold online to anyone who wants to drink a true adventurer’s whisky. 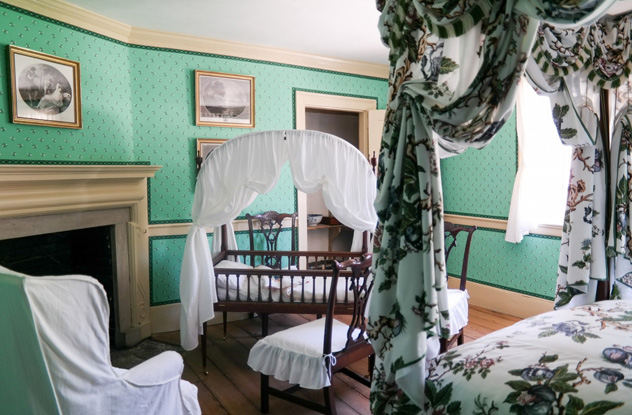 When visitors walk through the historic homes of figures such as former US president George Washington, what they see often depends on when they visit. Researchers continually discover new clues about the homes’ designs, and they update the looks of the homes to reflect those discoveries. In May 2016, researchers revealed the newest look of a bedroom in George Washington’s Mount Vernon home, based in part on the discovery of tiny fragments of wallpaper.

One wallpaper scrap was discovered under the bedroom’s floorboards, while another scrap was trapped behind some plaster, and each was no wider than 1 centimeter (0.5 in). Forensic paint analysis of these tiny, faded scraps revealed they originally had striking colors and extravagant chintz patterns, which contrasted heavily with the simple and dull design that curators previously believed the room used. This analysis, along with other recently discovered historic evidence, allowed researchers to redecorate the room with a more elaborate and accurate portrayal of the high style used in elite 18th century homes. 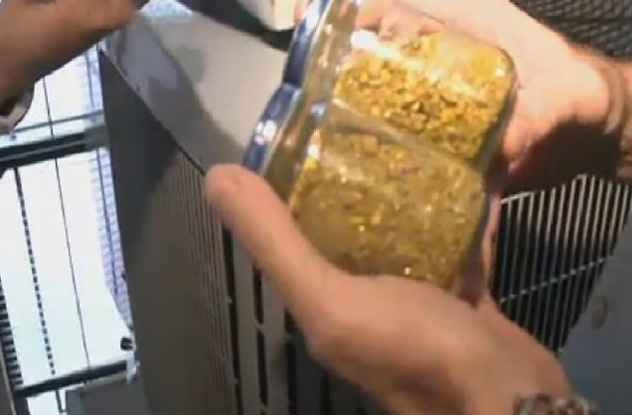 In 2012, contractors from the HVAC company Clark & Rush began working for a family in Sacramento, California, who wanted to upgrade their home’s heating and air system. The family expected to pay about $6,500 for the work, but instead wound up profiting—profiting a lot.

While installing the heating system, Clark & Rush employees discovered an amazing hoard of gold dust, hidden right under the home’s floors. It’s unknown who hid the gold or when, but someone previously poured the gold dust into a dozen food jars and stashed it all under a floor grill. Altogether, the gold was collectively worth a whopping $300,000.

The family didn’t want to gain notoriety by appearing on the news, so only the Clark & Rush employees discussed the discovery on local television stations. The employee who discovered the gold admitted that he considered keeping it for himself, but he ultimately knew it should go to the homeowners. Another employee was proud of the company’s professionalism for returning the gold, but when it came to finding treasures for further customers, he said, “That’s one promise we can’t make.”

1The Largest Hoard Of Viking Treasure Ever Discovered 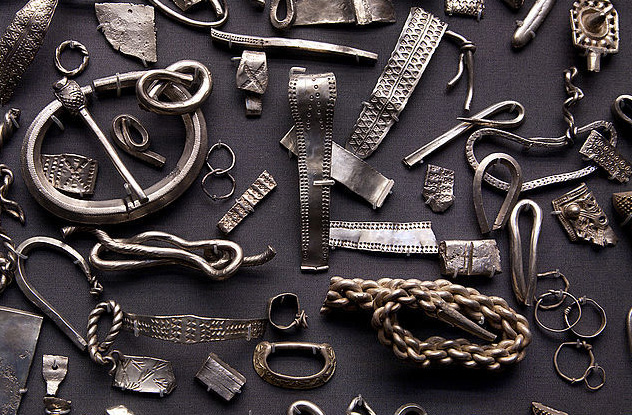 Sometime around the year 870, a wealthy Viking buried his treasure under the floorboards of a building on the Swedish island of Gotland. More than a millennium later, a humble farmer discovered one of the treasure’s silver coins in his fields. After further searching, he and a friend discovered roughly 150 more coins. A year later, researchers investigating the fields discovered huge caches of the treasure, which was reported as the largest Viking treasure ever discovered up to that time.

The massive hoard contained thousands of silver coins, dozens of silver bars, hundreds of bracelets, rings, and necklaces, and over 20 kilograms (40 lb) of bronze. Collectively, the treasure was estimated to have been worth over $500,000. Interestingly, it was not uncommon for similar Gotland treasures to be buried under floorboards at the time. The island was the richest region in Scandinavia due to trading during those years, but it remarkably had no banks. Many families therefore hid their wealth in unmarked locations, and sometimes, those treasures were forgotten for hundreds or thousands of years.

As for this incredible treasure, the discoverer didn’t get to keep it. Swedish law required that the farmer report the discovery to authorities, who have since analyzed the treasure, documented it, and showcased it in museums across various countries. The farmer likely didn’t mind losing the discovery, however. As a rather nice consolation prize, he still received a financial reward in line with the treasure’s amazing value.