From our perspective, slavery is one of the most controversial institutions of the past. We see slavery as an inhumane, immoral, and intolerable business, an unacceptable human flesh for cash type of business that none of us could tolerate. For the ancients, however, slavery was part of the everyday landscape, a completely recognized social institution smoothly integrated into the overall social fabric.

What follows is a list of 10 interesting facts about slavery in ancient Rome, including several firsthand accounts so we can hear the voices and views of the ancients on this controversial matter. 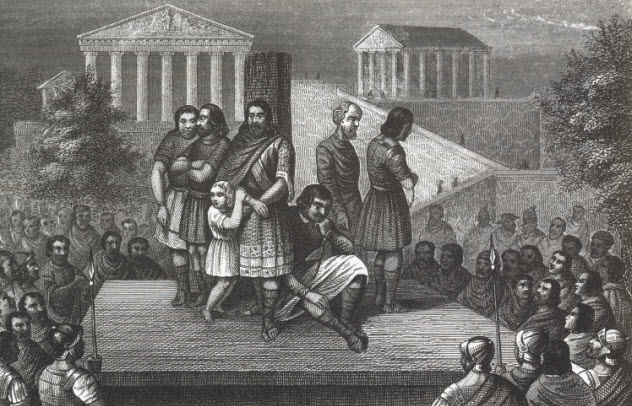 Ancient Roman society had a high proportion of slave population. Some have estimated that 90 percent of the free population living in Italy by the end of the first century BC had ancestors who had been slaves (McKeown 2013: 115).

The proportion of slaves was so significant that some Romans left written accounts on the dangers of this situation: “It was once proposed in the Senate that slaves should be distinguished from free people by their dress, but then it was realized how great a danger this would be, if our slaves began to count us” [Seneca, On Mercy: 1.24].

Modern estimations on slave population in Italy give us a figure of about 2 million by the end of the Republican period, a slave-to-free ratio of about 1:3 (Hornblower and Spawforth 2014: 736). 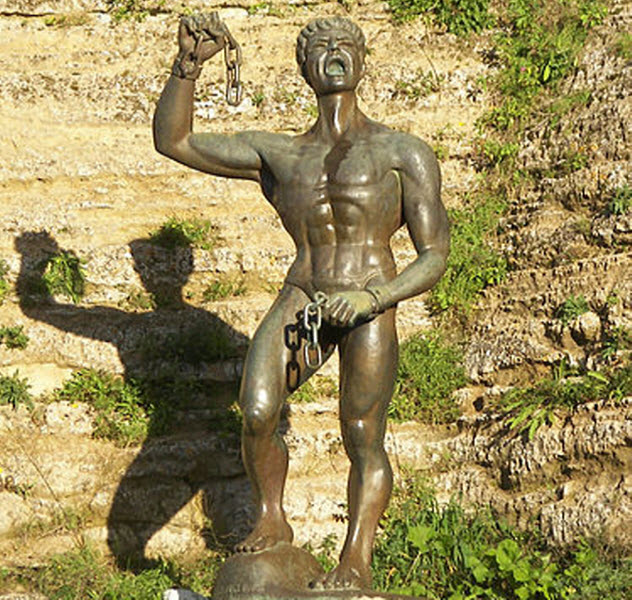 There are many slave uprisings recorded in Roman history. A Syrian slave named Eunus was the leader of one of these revolts during the 135–132 BC period, which took place in Sicily. It is said that Eunus presented himself as a prophet and claimed to have a number of mystical visions.

According to Diodorus Siculus [The Library: 35.2], Eunus managed to persuade his followers with a trick that made sparks and flames come out of his mouth. The Romans defeated Eunus and crushed the revolt, but this example might have inspired another slave rebellion in Sicily in 104–103 BC.

The most famous slave uprising in ancient Rome is the one led by Spartacus. The Roman army fought Spartacus’s force for two years (73–71 BC) before they could put the rebellion down. 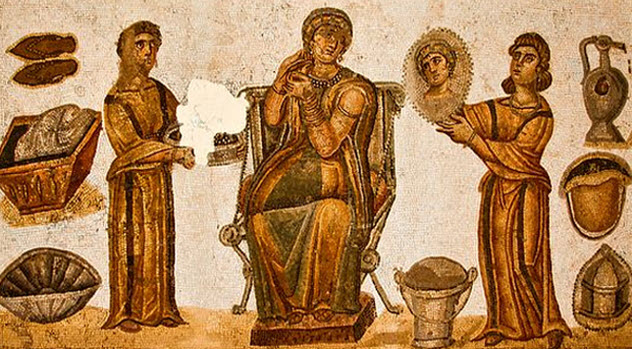 The living conditions and expectations of slaves in ancient Rome were versatile, strongly linked to their occupations. Slaves involved in exhausting activities such as agriculture and mining did not enjoy promising prospects. Mining, in particular, had a reputation of being a brutal activity.

Pliny [Natural History 33.70] reports the arduous conditions of this activity: “Mountains are hollowed out by the digging of long tunnels by the light of torches. The miners work in shifts as long as the torches last and do not see daylight for months at a time. [ . . . ] Sudden cracks appear and crush the miners so that it now seems less perilous to dive for pearls and purple mollusks in the depths of the sea. We have made dry land so much more dangerous!”

Household slaves, on the other hand, could expect a more or less humane treatment, and in some cases, they had opportunities to keep and manage some money and other forms of property for themselves. This property, known as “peculium,” would legally be owned by the slave’s master, but in practical terms, the slave would be allowed to use the money for his or her own purposes.

Eventually, if the slave had enough property, he could try buying his own freedom and becoming a “freedman,” a social class in between the slaves and the freemen. As a freedman, the slave would still be legally part of his or her master’s household.

7 The Most Famous Roman Slave? 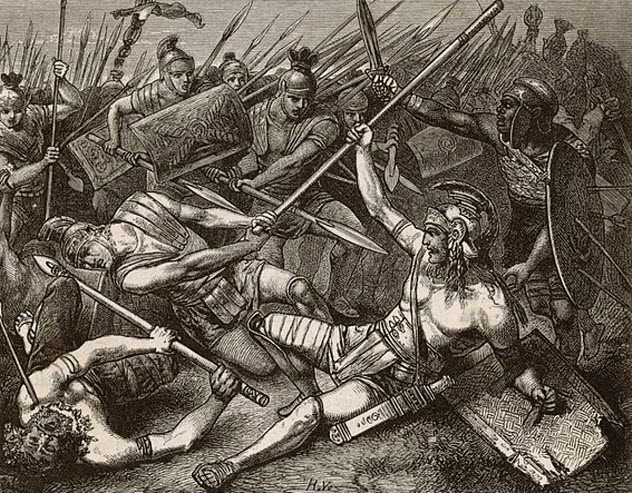 Spartacus is the name of a Roman slave of Thracian origin, arguably the most renowned Roman slave of all time. He escaped from a gladiator training camp located in Capua in 73 BC, taking about 78 other slaves with him. Spartacus and his men took full advantage of the pathological inequalities of Roman society by recruiting thousands of other slaves and destitute country folks.

Spartacus and his men defied the Roman authorities and military machine for two years. Frontinus [Stratagems: 1.5.22] reported that Spartacus’s army employed dead bodies attached to stakes outside their camp and equipped with weapons. From a distance, this gave the impression that the army was larger and better organized than it actually was.

The revolt was finally crushed by the Roman General Crassus. Spartacus was killed, but his name and deeds became immortal and were kept alive in the memory of Rome. Even today, his story has inspired countless books, TV series, and movies. After Spartacus’s army was defeated, more than 6,000 slaves who took part in the revolt were crucified along the road between Rome and Capua, the Via Appia. 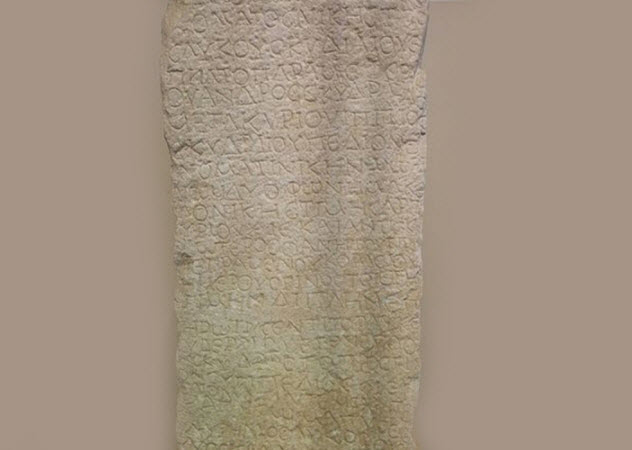 Owning slaves was a widespread practice among Roman citizens, no matter their social status. Even the poorest Roman citizens could own a slave or two. In Roman Egypt, it is probable that artisans had about two or three slaves each. The wealthiest could own a lot more. We know that Nero owned about 400 slaves who worked at his urban residence. It is recorded that a wealthy Roman named Gaius Caecilius Isidorus had 4,166 slaves at the time of his death (Hornblower and Spawforth 2014: 736). 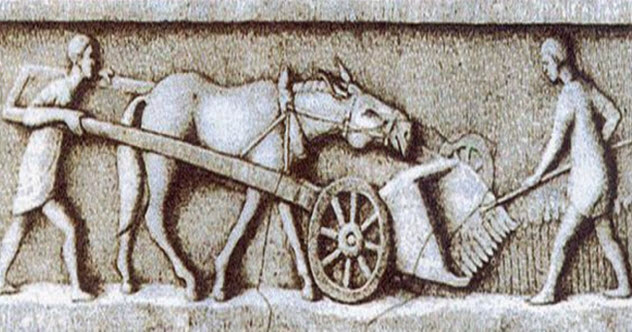 The slave demand in Rome was so high for a number of reasons. With the sole exception of public office, slaves were accepted in almost every activity. Mining and other exploitative occupations also had a high demand for human labor that was fulfilled with slaves.

Domestic labor and farming were two occupations where slaves were also in high demand. Moreover, slave management is a topic included in many surviving Roman handbooks on farming. In his treatise known as On Farming, Varro recommends that free labor be used in unhealthy places. The logic behind this tip is that, unlike the death of free farmers, the death of slaves has a negative financial impact (Hornblower and Spawforth 2014: 736). 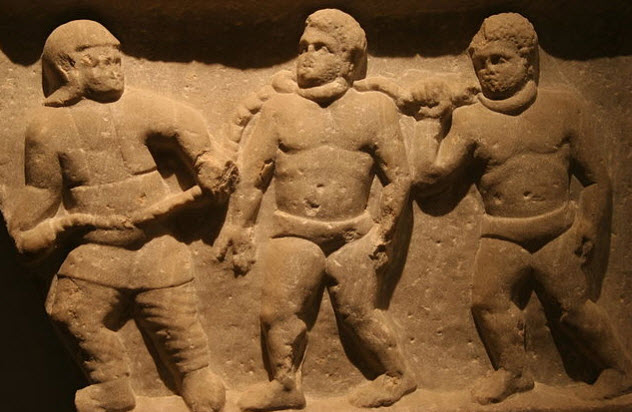 Slaves were acquired in four main ways: as war captives, as victims of pirate raids and brigandage, by trade, or by breeding. During different stages of Roman history, some of these methods were more relevant than others. During the early expansion of the Roman Empire, for example, a significant number of war captives were turned into slaves.

The pirates from Cilicia in present-day southern Turkey were expert suppliers of slaves, and the Romans were used to doing business with them. Cilician pirates typically brought their slaves to the island of Delos (Aegean Sea), which was considered to be the international center of the slave trade.

It is recorded that on one occasion during the course of a single day, at least 10,000 people were traded as slaves and shipped to Italy. This would indicate that the borders were blurred between piracy and trade as a means of acquiring slaves. 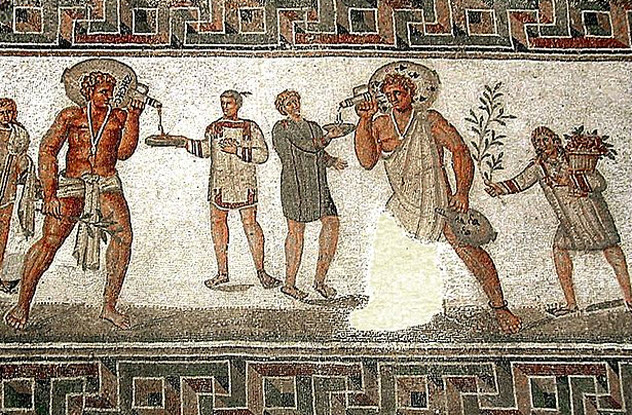 We tend to see slavery as an immoral and inhumane institution. However, there is no evidence of serious questioning of slavery in Roman society. All major economic, social, and legal forces in ancient Rome conspired to make slavery a perpetuating system.

Slaves were considered to be the reverse of free people, a necessary social counterbalance. Civic freedom and slavery were two sides of the same coin. Even when more humane rules were introduced that improved the living conditions of slaves, this did very little to reduce slavery. It simply made it more tolerable (Hornblower and Spawforth 2014: 736-737). 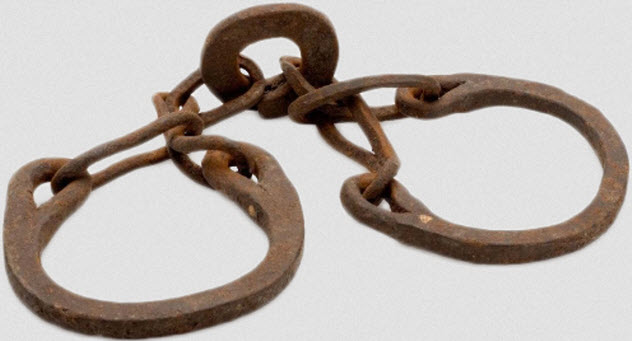 Slaves running away from their masters was a common problem among slave owners. A way to deal with this was to hire professional slave catchers known as fugitivarii, who would track down, capture, and return the slave to his owner in exchange for a fee. Sometimes, the owners would advertise rewards for the return of the fugitives, and in other cases, they would try to locate the runaways themselves (Hornblower and Spawforth 2014: 736-737).

Another curious method to combat fugitive slaves was the use of slave collars with instructions on where to return them. A surviving example reads:

I am Asellus, slave of Praeiectus, who is an official in the Department of the Grain Supply. I have escaped from my post. Detain me, for I have run away. Take me back to the barber’s shops near the temple of Flora [Select Latin Inscriptions 8272] (McKeown 2013: 116). 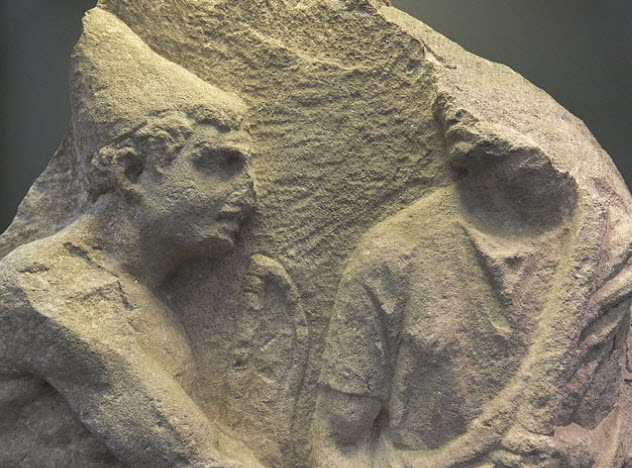 In Roman society, a slave owner had the option of granting freedom to their slaves. This process was known as manumission. This could be achieved in different ways: It could be granted by the slave owner as a reward for the slave’s loyalty and service, it could be earned by the slave by paying the master a sum of money and therefore buying his freedom, or in some cases, the master would find it convenient to free a slave.

An example of this last case were merchants who needed someone to be able to sign contracts and conduct different transactions on their behalf and needed someone legally entitled to do so. From a legal standpoint, slaves were not entitled to represent their masters.

In some cases, the freedom of the slave could be complete, and in other cases, the former slave would still have a duty to provide services to his former master. Former slaves who were skilled in some profession were expected to provide their professional services free of charge to their former masters. Former slaves even had the possibility of becoming Roman citizens, and sometimes, they would (ironically) become slave owners.

Cristian Violatti is a freelance writer and one of the editors of Ancient History Encyclopedia. He is currently studying archaeology at the University of Leicester, England. Cristian has a broad spectrum of interests, including ancient scripts and languages, archaeological and anthropological theories of ethnicity and its markers, Asian culture, military history, world mythology, philosophy, and prehistory, among other topics.

Cristian has been consistently publishing articles both in digital and printed media. You can find some of his published work in Ancient Warfare Magazine and Ancient History Magazine.