Considering the Vietnam War was one of the most controversial conflicts in recent history, there is a lot we don’t know about the war. Many of us have heard either only the basics of the war, or we have heard misconceptions about the war. There really is more than meets the eye. In fact, the Vietnam War was filled with many little-known details that never truly reached the public eye, with many details either hidden or distorted by the myths that arose during this time.

10CIA Abandonment Of The Hmong During The ‘Secret War’ 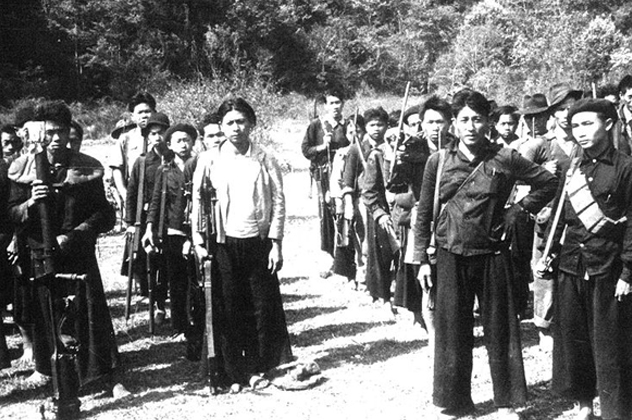 In 1965, the CIA began fighting what would later be known as the “Secret War” under the airline Air America, which was owned secretly. By 1961, 9,000 Hmong guerrillas had been recruited to help the airline with its goals. Laos, where these Hmong men were from, claimed to be neutral during the war, but the NVA (North Vietnamese Army) had influence in the country. In 1965, the number of Hmong guerrillas had increased to 20,000, and the true reason for the “Secret War” was fully put into place.

The Hmong were to destroy NVA supply depots, ambush trucks, disrupt supply lines, and generally harass the NVA. When America began to leave Vietnam, Air America was forced to leave Laos, and on June 3, 1974, the last Air America aircraft left Laos, but the Hmong guerrillas were abandoned. Shortly after, the Laos government began to charge the Hmong guerrillas for fighting alongside the CIA, and many fled to the jungle where they have lived since the end of the Vietnam War. Many of these Hmong guerrillas claim that they are still hopeful that the US will one day come rescue them from the jungle, but many still remain in hiding to this day.

9Most Men Volunteered For Service 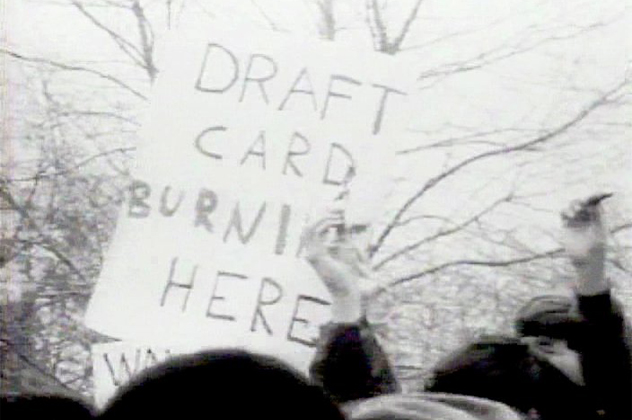 We often hear stories of men resisting the draft, and even fleeing the country to avoid being drafted. While the draft certainly was a real issue, it was nowhere near what the media and stories from the time make it seem. Three-quarters of all American soldiers had volunteered to be enlisted. More specifically, 9,087,000 military personnel served during the entire war, but only 1,728,344 men were drafted. This was a very low number of draftees compared to other wars.

In fact, in World War II alone, 8,895,135 men were drafted. This made up two-thirds of the entire American World War II military personnel, which is considerably larger than the amount of Vietnam War draftees. So, while the draft was fought and there was a large number of draftees, it was nowhere near as bad as the media and stories from this time make it seem. It’s just one more thing your grandparents exaggerated about. 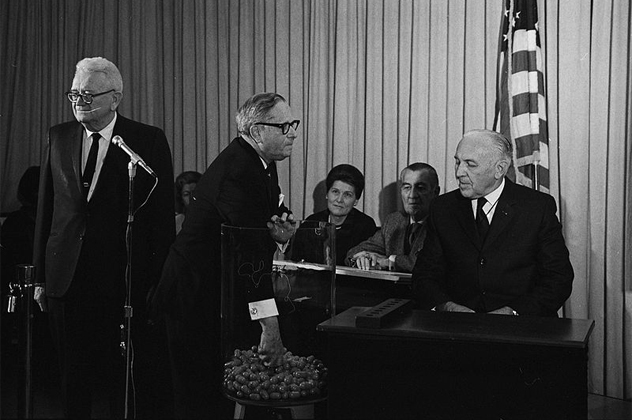 This simply wasn’t the case, as 88.4 percent of men who served in the Vietnam War were Caucasian. Additionally, 86.3 percent of the men who died were Caucasian, meaning that the myth of minorities being “cannon fodder” simply isn’t true. Seventy-nine percent of men also had high school diplomas, higher than any other war, and three-quarters of all men were above the poverty line, disproving this social inequality. If anything, it was said that the men who came from wealthier backgrounds were much more likely to die, as they were trained for the most dangerous jobs. 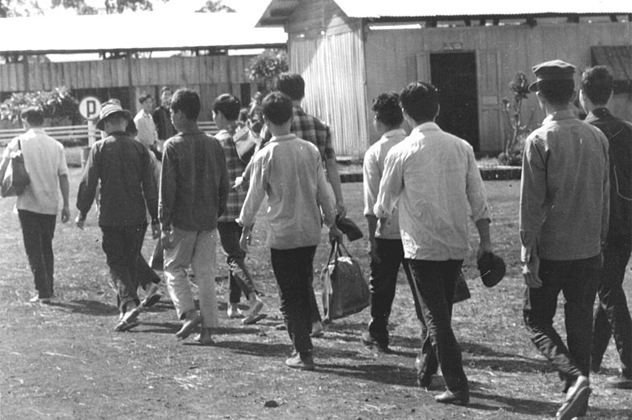 South Vietnamese spies were important to the United States, but their work was dangerous. The challenge in recruiting these spies was that many came from barter societies, where money did not exist. This led to the use of rice and other commodities as payment, which worked for a while. However, the spies themselves were not getting all of the rice, and there was no need for some of the other commodities. There was a need for a new form of payment.

The solution? Let potential spies browse through the Sears catalog and pick what they wanted. The first order was six red velvet blazer vests with brass buttons, each in exchange for a 20-day mission. The spies would go on to order other garments, such as a large bra used to harvest fruit, and the program only came to a stop when the work became too dangerous.

6Not All Men Were Young 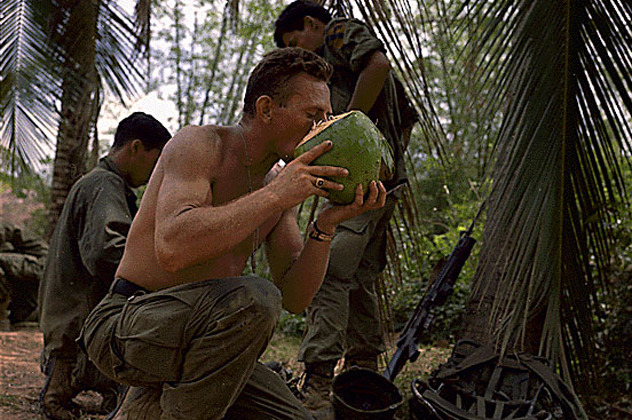 While the Vietnam War was unpopular for many reasons, one of the main criticisms was that it was sending young men to die. While it is true that many men were young when they enlisted, many older men enlisted as well. In fact, the oldest man known to have died in Vietnam was Kenna Clyde Taylor, who was 63 years old at the time of his death. There were also many pairs of father and son who fought in the war, with three of these pairs on the Vietnam Memorial Wall.

Additionally, there wasn’t an enlisted grade with an average age under 20, and the average soldier was 22 years old. Other categories of military personnel held higher averages. For example, the average age of an officer was 28 years old. While some of these men were certainly very young to be enlisted, they weren’t nearly as young as many of us may believe. 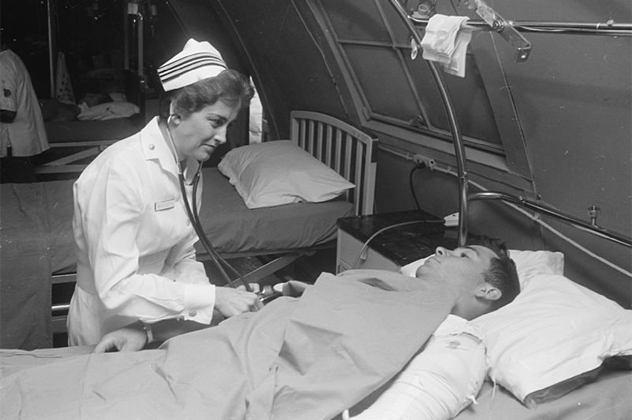 Most of us have heard of the horrible injuries that occur on the battlefield. For the medics tending these wounds, quick thinking was often all that could save a life, as many of these wounds would result in a soldier bleeding out if not treated immediately. So, what did doctors turn to in these situations? Super glue.

The glue was accredited to saving many lives during the Vietnam War, as it was able to quickly stem bleeding as soldiers awaited surgery. While super glue isn’t recommended for quick fixes anymore, unless it’s an emergency, this shows contrast to the advancements made during this time. Essentially, the military had numerous advancements, but was unable to come up with a better quick fix than super glue. It was certainly effective considering the lives it was able to save, and some of us can probably thank super glue for our parents or grandparents being around today.

4Life After The War 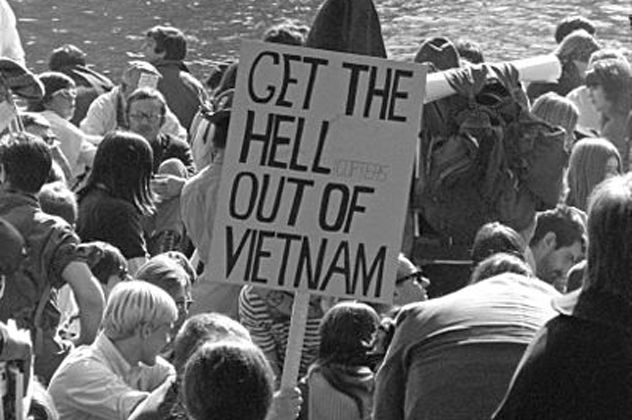 There is a common misconception that Vietnam Veterans were treated poorly upon returning home. We’ve all heard the stories of protesters greeting them at the airport to throw garbage or spit on the veterans as they went to greet their families. While this seems way too outrageous to be real, rest assured, it isn’t. However, this wasn’t the case for the overwhelming majority. Some veterans simply stopped mentioning the war, as there was very little reaction to the veterans returning home, making it no different than any other military deployment.

Those who were greeted with a large reaction typically did not find a negative one. In fact, 87 percent of all Americans hold these veterans in high esteem, and many Veterans went on to live successful lives despite the misconception that many resented them. At least 85 percent of all of these veterans successfully transitioned back to civilian life, and are both less likely to be unemployed and have an 18 percent higher personal income compared to non-veterans. They’re also less likely to be imprisoned. In fact, only around .5 percent of all Vietnam veterans have served jail time. 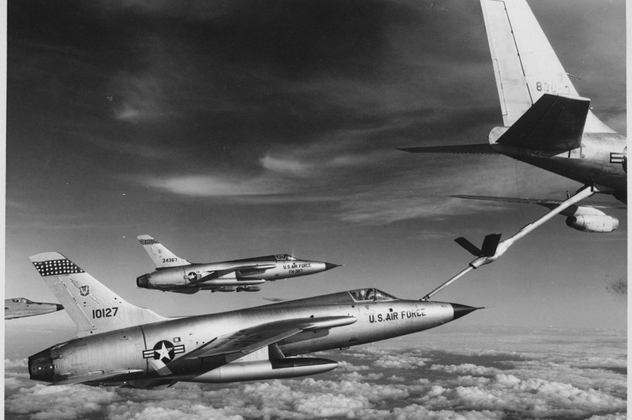 When we think of the fighting itself, sabotage isn’t our first thought. However, this was something that the United States Army used to its advantage. One of the biggest ways they hoped to sabotage the NVA was through the practice of cloud seeding. The cloud seeding was first practiced in Project Popeye, where over 50 of these experiments took place, and the project had an 82 percent success rate. The cloud seeding would cause additional heavy rains and would effectively stop military movement in the affected areas.

It was also intended to flood specific areas, damage crops, and, in some areas, drastically change the weather. This was also seen as an alternative to bombing, as both would have the same effect on military movement, as the rain would simply make certain roads unusable. However, this project tended to kill fewer people, so it was used in place of bombings.

2The United States Was Not Alone 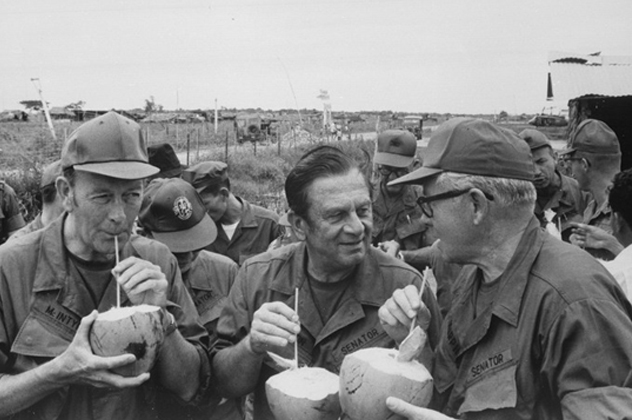 When we hear of the Vietnam War, we mainly hear of American involvement. While the United States had the highest number of soldiers in Vietnam, troops had backup from South Korea, the Philippines, Thailand, Australia, and New Zealand. South Korea alone sent 312,853 soldiers to Vietnam between September 1963 and April 1975.

South Korea was also among the deadliest of these “backup” forces, killing 41,000 North Vietnamese soldiers and causing 5,000 civilian casualties. Only 4,687 South Koreans were killed during the war, with estimates of more than 5,000 wounded. The South Koreans had an overall kill ratio of 11 to 1. While South Korea sent the most troops, second only to the US, a large amount of troops came from other countries, such as the 60,000 military personnel from Australia, or the 3,000 from New Zealand during the conflict. It’s too bad the United States keeps hogging the spotlight.

It’s likely we’ve all seen the ace of spades in the context of the Vietnam War. While Hollywood has taught us a thing or two about how these cards were used, many of us have no idea as to the true story behind this famous symbol. The ace of spades was left on dead Viet Cong soldiers as a warning. The Vietnamese are very superstitious people, and when American troops found out that they were scared of the card, it became widespread.

The only flaw was that it had little to no effect on the Vietnamese. In fact, this psychological warfare was only seen as a campaign by the soldiers: There were no headquarters, intelligence, or Psychological Operation experts behind this campaign. It was actually three lieutenants that asked for the first “Bicycle Secret Weapons,” while none of them had any psychological operation authority. The cards only spread in popularity due to their use as calling cards, which made fellow soldiers want them. So, while it was said that the cards would cause other Viet Cong soldiers to leave, the fear was more likely linked to fear of nearby Americans than of the cards themselves.

10 Positive Things The Soviet Union Did